Mt Zeus and Beyond

“Let’s go climb that mountain” I casually said as I opened my eyes and had a morning stretch. I received a shrug and mumble along the lines of “Yeah, Alright” from Adam.  An hour later we are zipping along the coastal roads on our Vespa, totally not prepared for what our morning adventure had in store for us.

Whilst in Naxos, we wanted to head out and explore. The island is hugely mountainous with the vast majority of the land being an open green space, so we knew there must be some scenic hikes to find.

I had read about Mount Zeus in the Tragaea region, and thought it would be ideal for us to explore. Mount Zeus is the tallest mountain within the Cyclades islands and is located roughly half an hour from Naxos Town. The best way to reach the mountain is by car or scooter, so I’d recommend renting some wheels for the day. 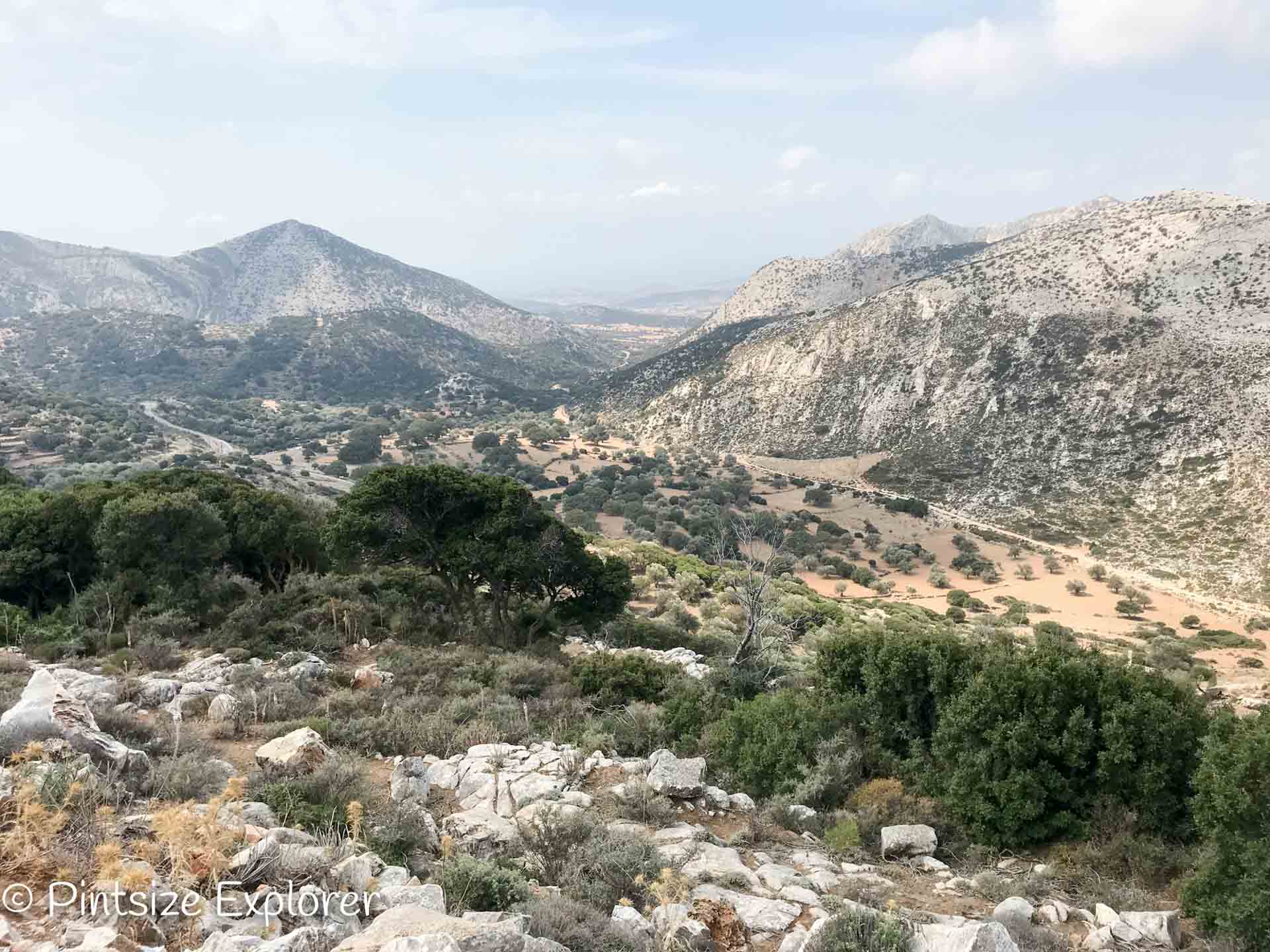 There are three routes you can take to reach the peak. The most popular route begins in the small village of Filoti and is 6km long. Either take a 45-minute walk uphill to Aria Spring, or take a shortcut and drive directly up to Aria Spring. FYI, there is a small car park at Aria Spring for visitors, but it literally fits around 8 cars, so arrive early if you plan to park. 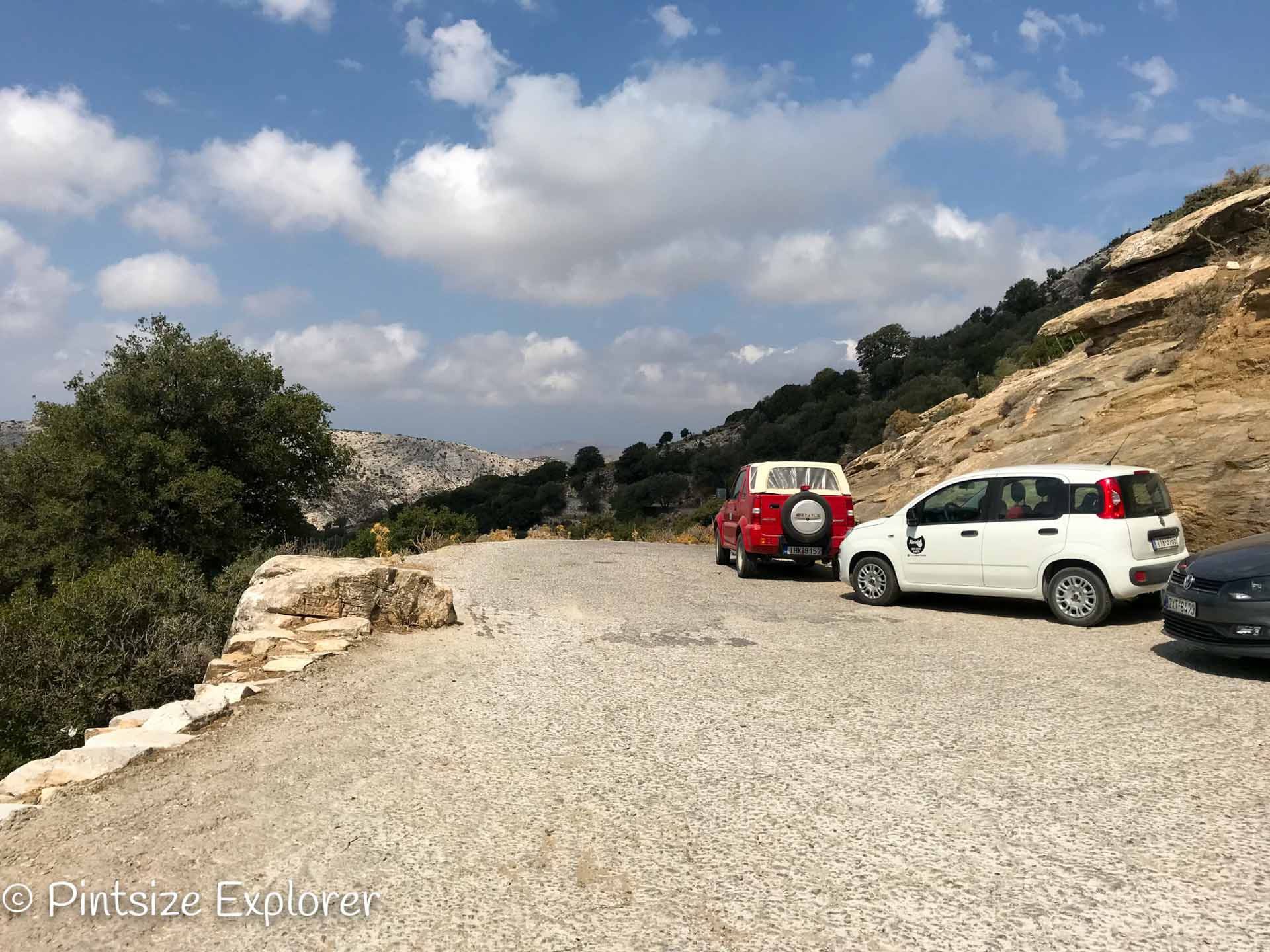 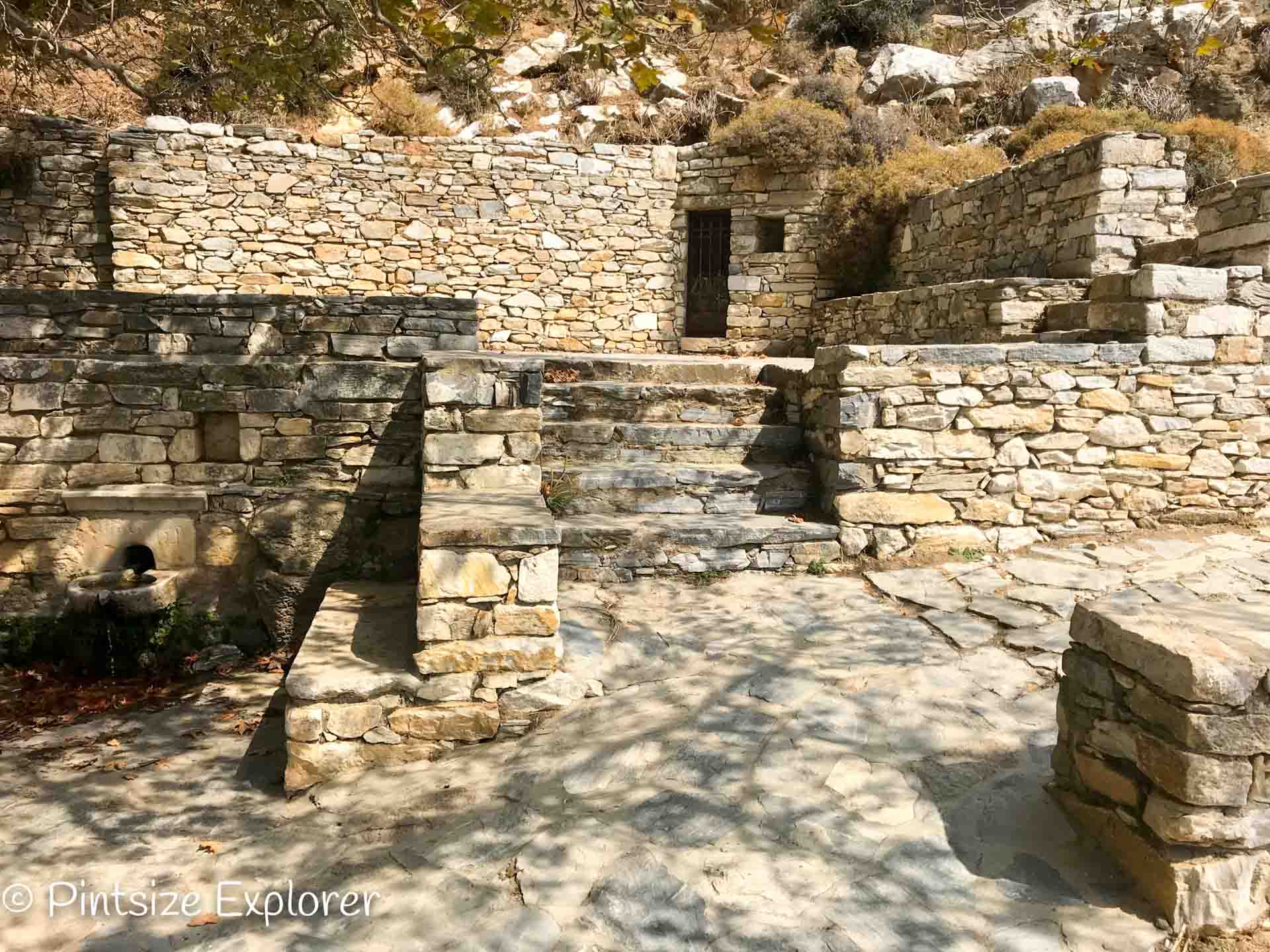 Aria Spring – the starting point of the hike

The trail begins at the rear of the car park and is clearly sign posted at the end of the road. Follow the track for approximately 20-minutes until you reach the cave of Zeus. A huge, deep cave that has naturally formed in the mountainside. Continue on for a further 45-minutes if you want to hike up to the summit of the mountain. 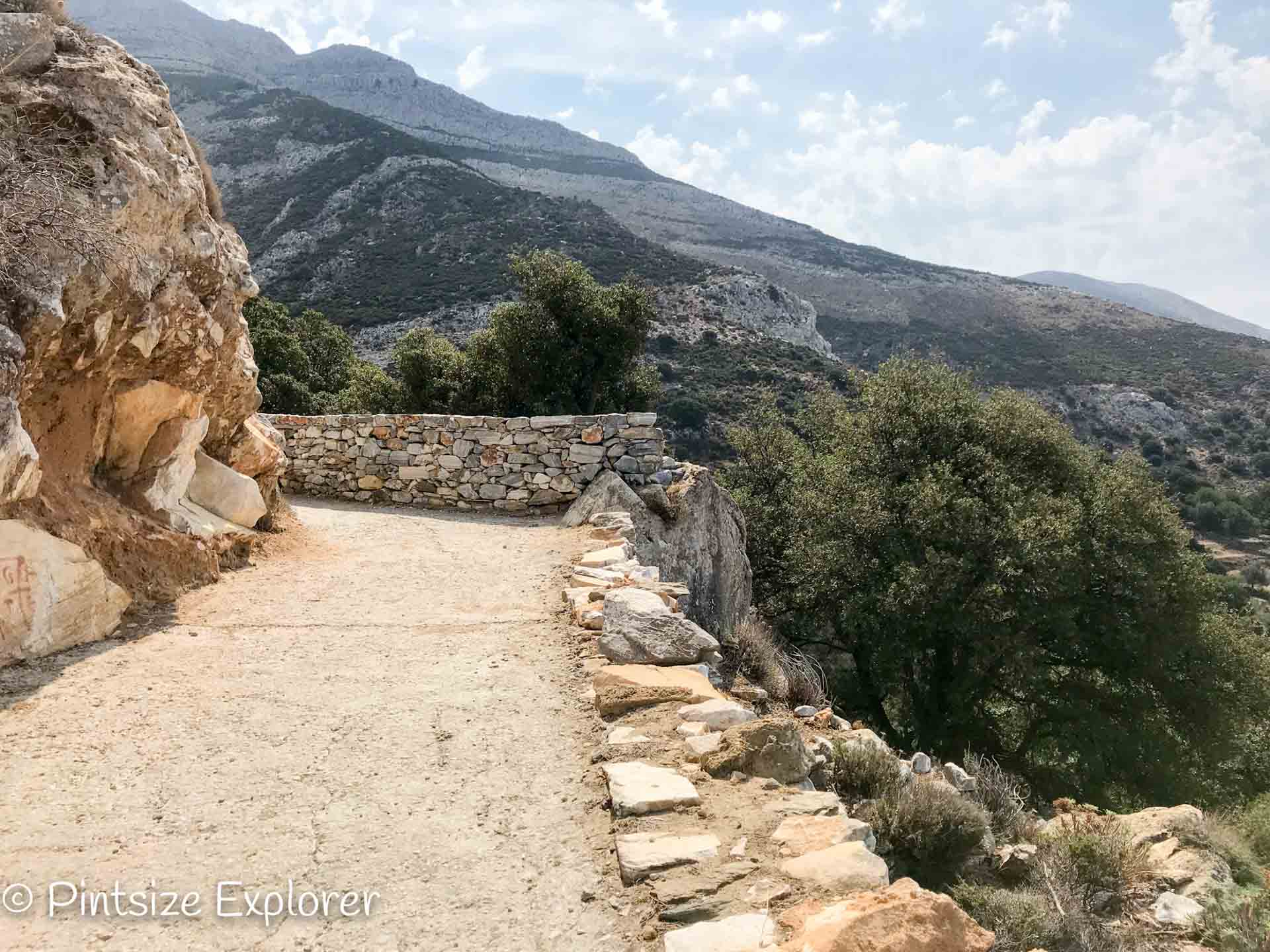 There is a third route via the Aghia Marina chapel, which may take a little longer, but is the easiest of all three routes. The track is roughly 2km longer and is much easier to follow and climb. This route doesn’t however pass the cave of Zeus, which is definitely worth seeing. Realising this now, we should have hiked up via the church, and back down via the cave. Worth noting that a few people we met who did this route mentioned they actually missed the cave on their way down. Just something to bear in mind. 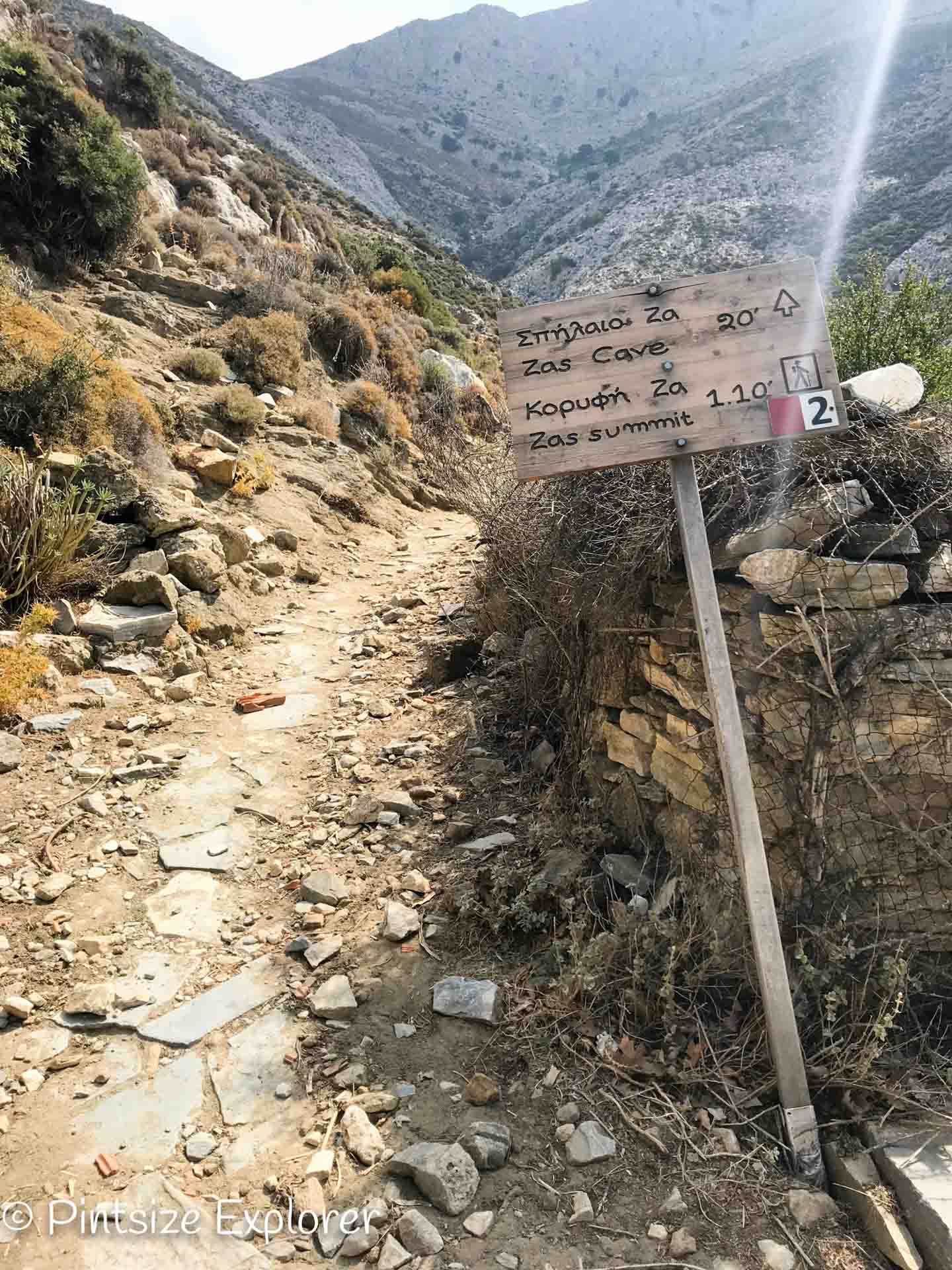 The drive itself from Naxos Town to Filoti was stunning. Passing through small villages and olive groves, through vast open countryside, and along mountain side coastal roads. Everywhere you look has a rural charm to it. Worth a mention that at this height in the open, it can also get pretty nippy in the winds! Pack a light jacket (even in the height of summer) if you are driving a scooter or motorbike!

Know Before You Go

It’s important to know that this route isn’t a casual little stroll whatsoever. Make sure you read up before you attempt this hike. The guided path lasts around 20 meters before it disappears into a sandy track of rocks and stones. From that point forward, you will mostly be clambering from rock to rock and heaving yourself up and over boulders. The track completely disappears, and you’ll be dependent on using your common sense to find a suitable path to follow. 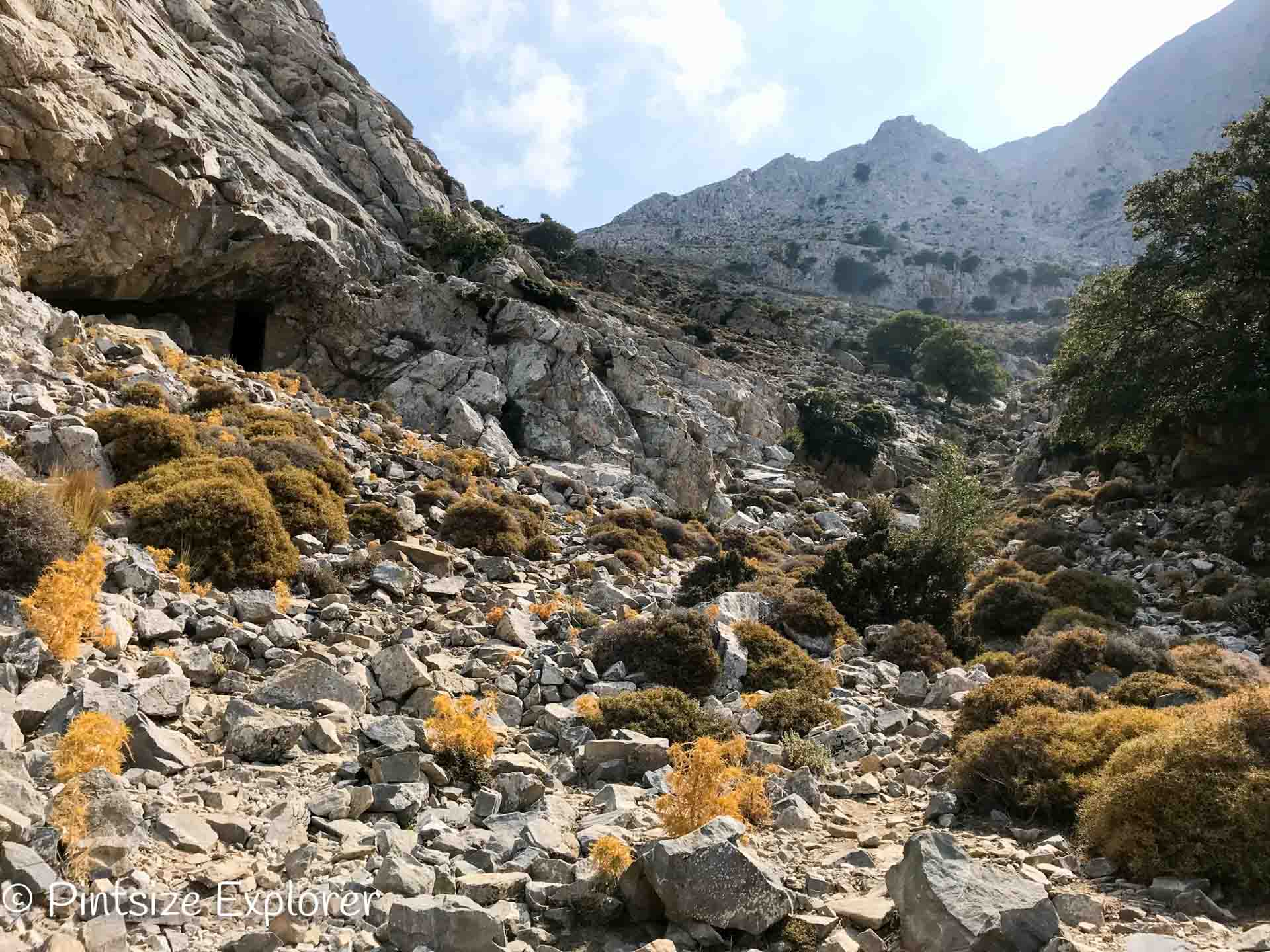 DO NOT ATTEMPT THIS HIKE IN ANYTHING OTHER THAN STRUDY WALKING SHOES OR TRAINERS.

Pack lots of water and sunscreen, as it’s easy to be out in the heat for a few hours. With the exception of the cave, there isn’t otherwise any shade along the track. Don’t forget to pack a head torch if you plan to visit the cave.

Keep an eye out for some faint red markings on the stones to help guide you along. They are few and far between, but worth looking out for. Don’t worry if you don’t spot them, just follow what looks like a sensible path away from the rock edges.

Lastly, I would check the weather before you go. You most certainly don’t want to be hiking in strong heat, winds or rain! 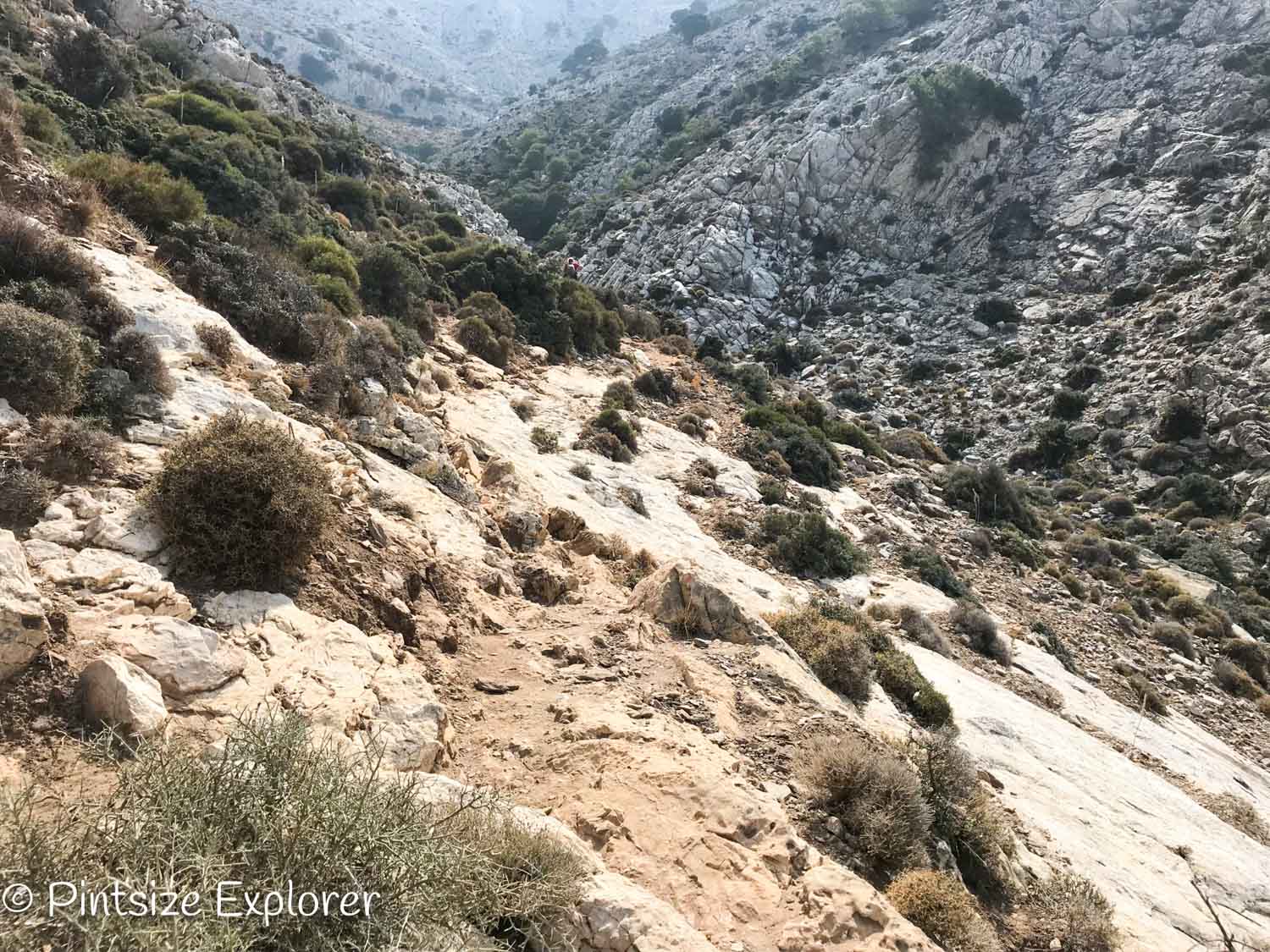 A glimpse of the hiking track

The beginning section of the track was nothing more than a rocky path with a few low stone built walls. Within about five minutes, the track turns into a wider path that snakes around the mountainside. Remember to keep an eye out for the red numbered markings on the stones to help guide you in the right direction. 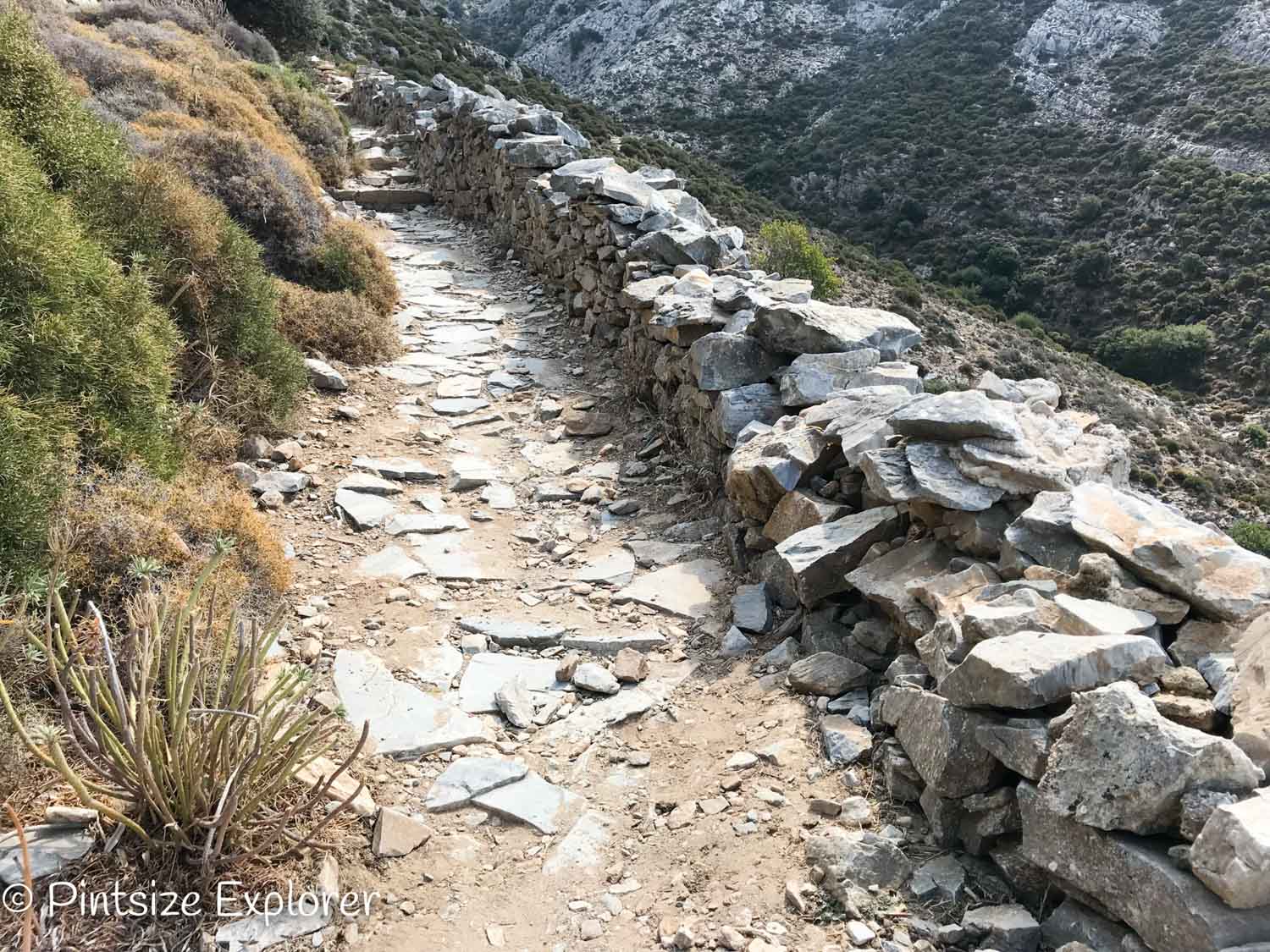 The path opens out, however to one side there is nothing more than some crumbling rocks to stop you slipping down the steep edge, so be careful! The path at this point is well trodden and you’ll have no problem following the track. As the path continues, there will be a few sections to clamber over – until you reach the first tricky section. 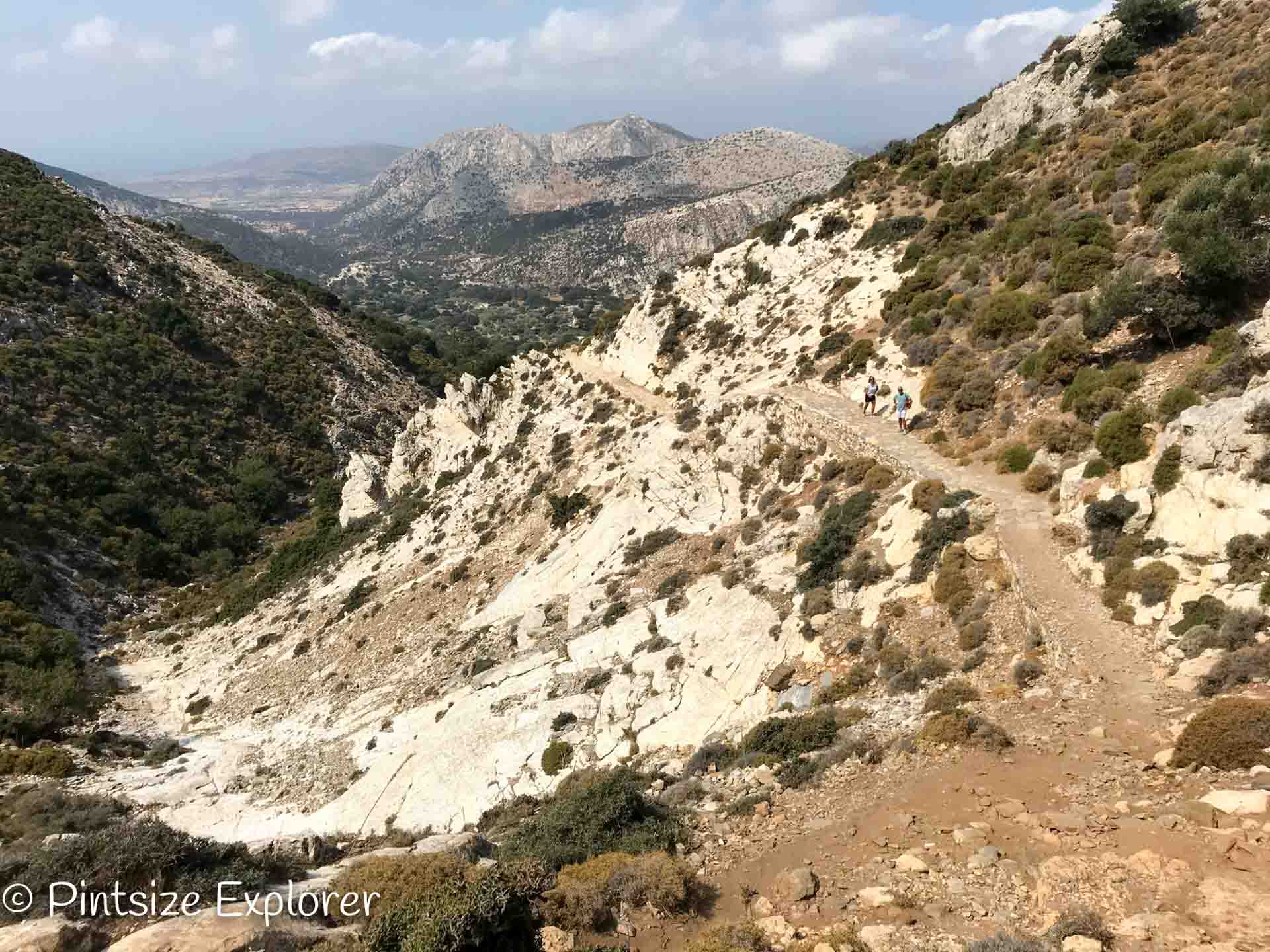 Now I’m not exactly Evel Knievel the adventure seeker. I also have quite a fear of heights. So once the natural path disappeared and I saw the ‘track’ that we’d actually have to follow, I did have a little wobble. It was a free for all climbing experience if you ask me. Find a rock. If it doesn’t move, great, climb over it! 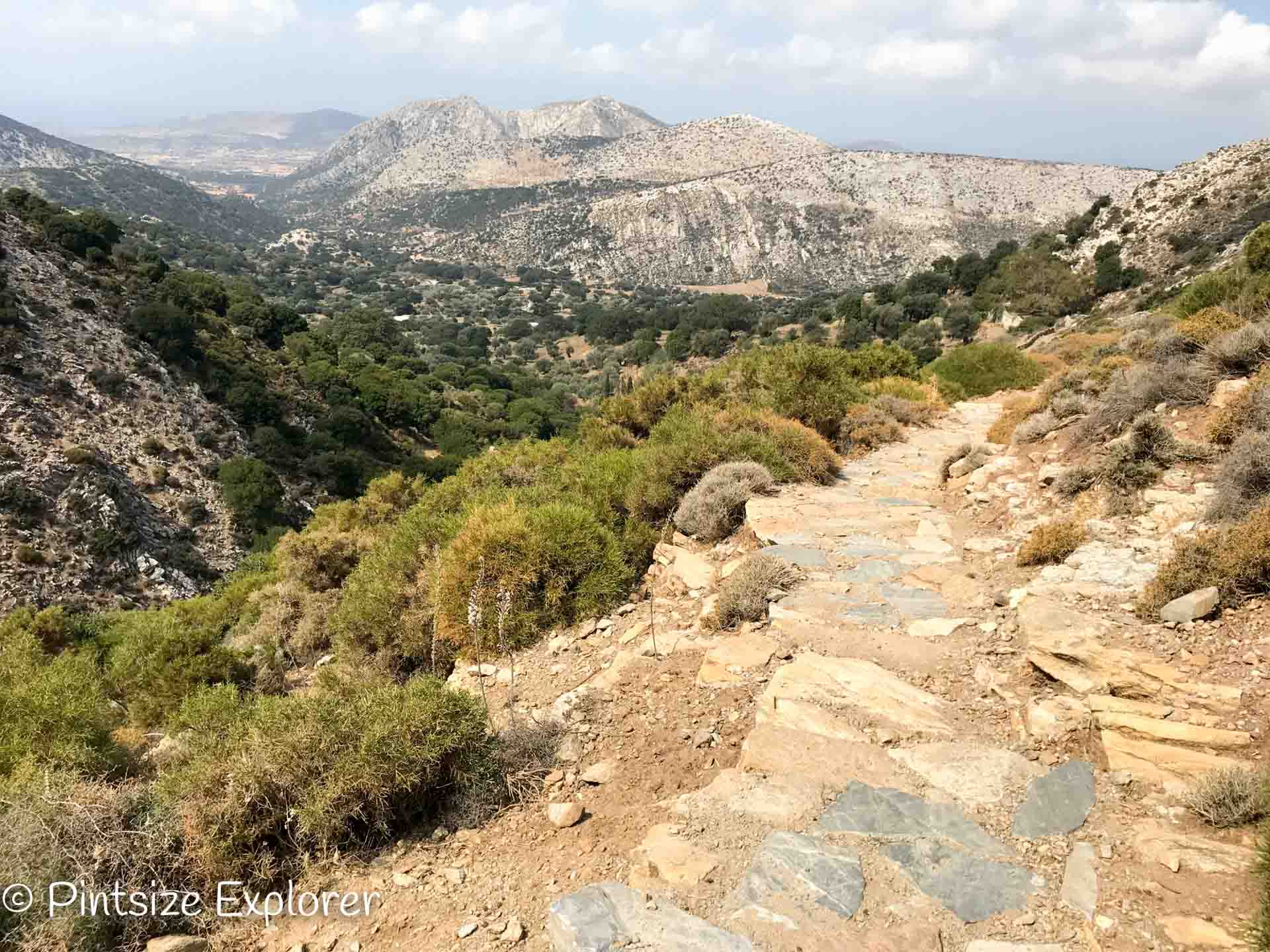 The track from this point on was just a mess of loose rocks, stones and boulders. Something along the lines of a goat track would be a good description! There is no actual path to follow, so just follow what appears to be a sensible (away from the mountainside!) and safe route. 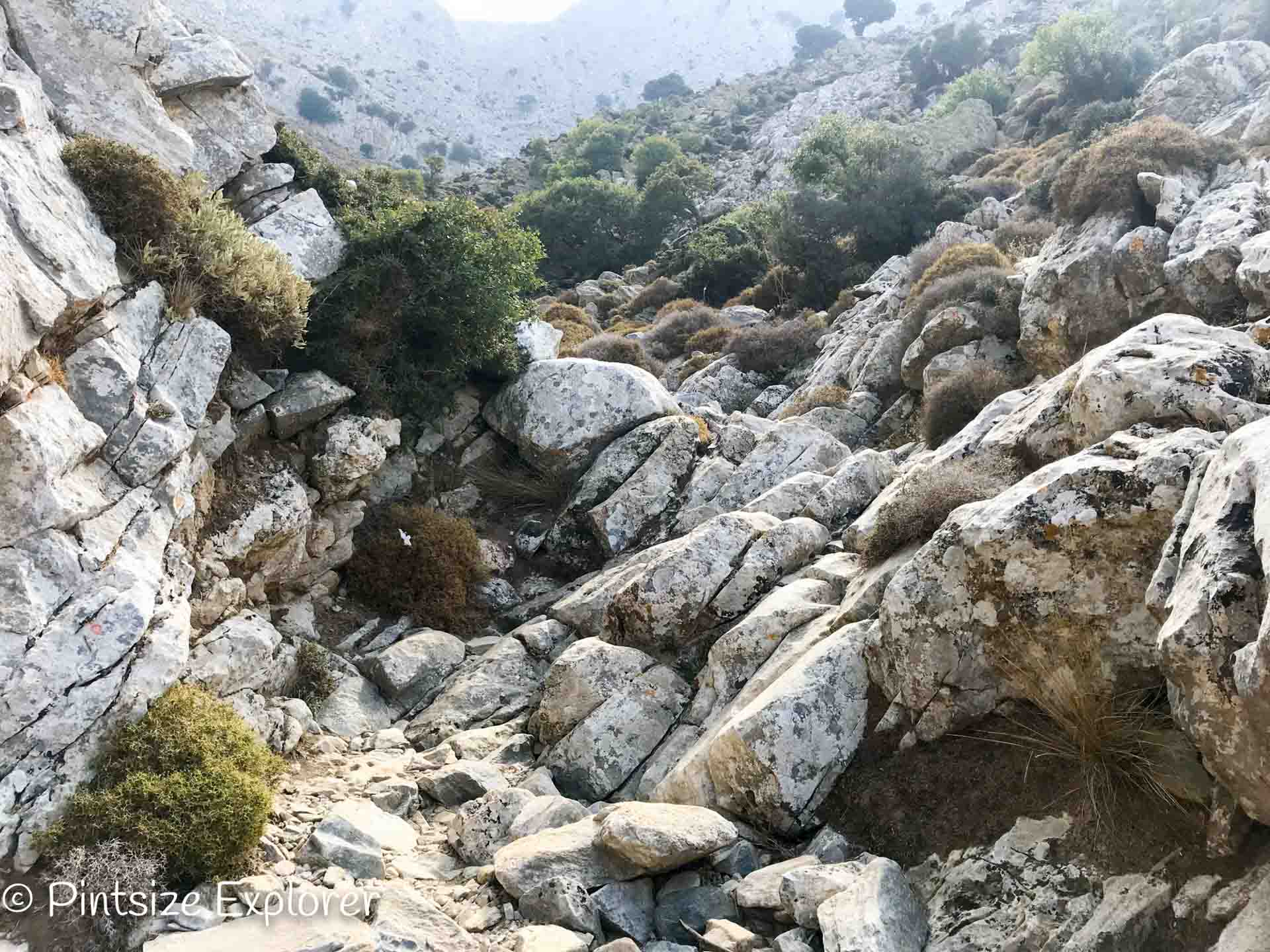 Be prepared to climb, scramble, and hoist yourselves from rock to rock, whilst ascending the mountain. The view from about ten-minutes in is insane, so take a few moments to stop and look back on the route. Depending how quick you are – or how careful and slow you are – it’ll take another ten to fifteen minutes to reach the entrance of the cave. The entrance is marked by a narrow doorway nestled into the mountainside high above you on the left hand side. 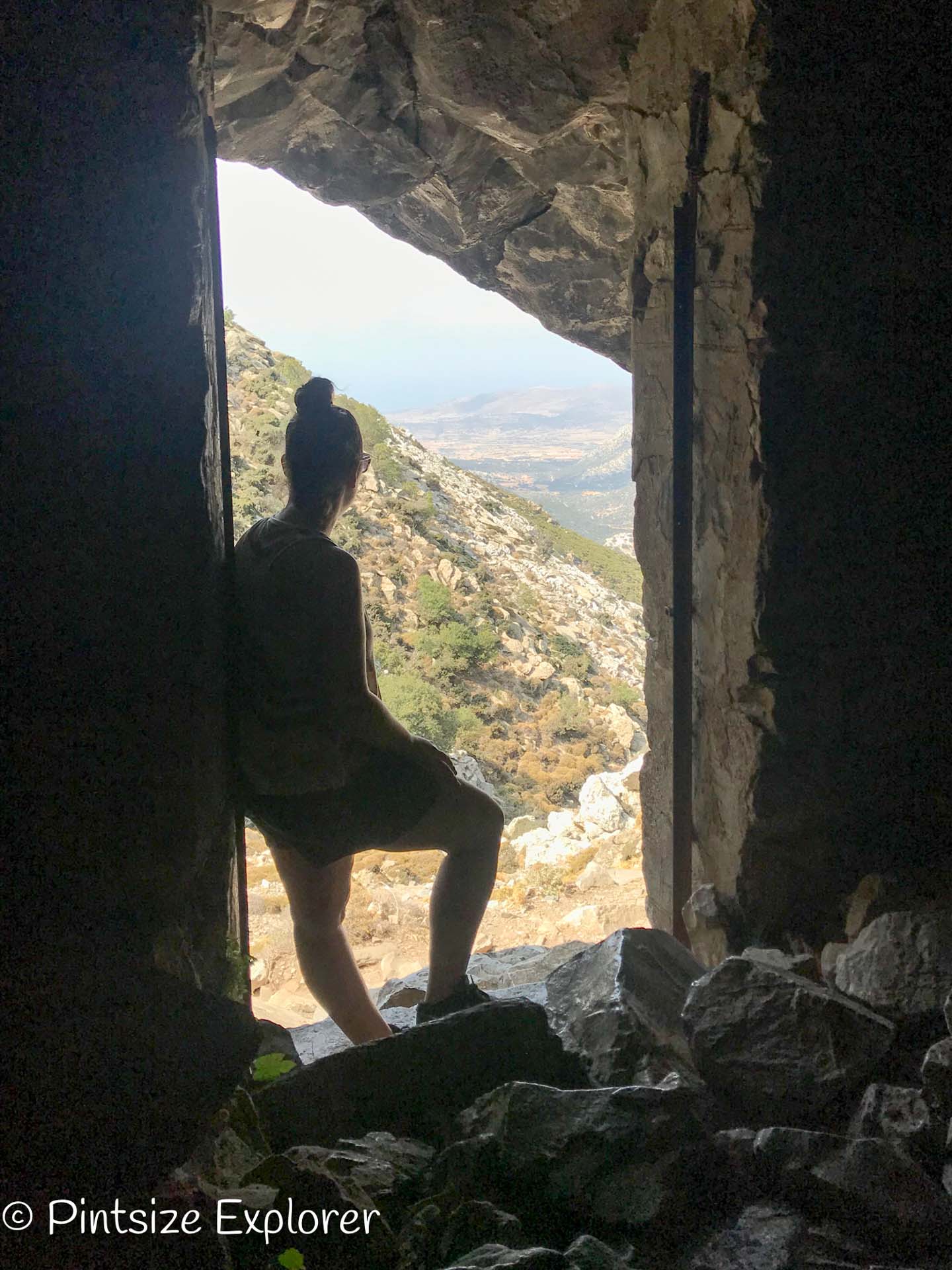 Despite the tiny door frame, once inside, the entrance of the cave widens to around 10 metres, and roughly 100 meters deep. Crazy! The cave doesn’t have any kind of lighting set up at all. So plan ahead and bring a head torch, otherwise you will be dependent on your phone torch to guide you, should you intend to explore further within the cave. 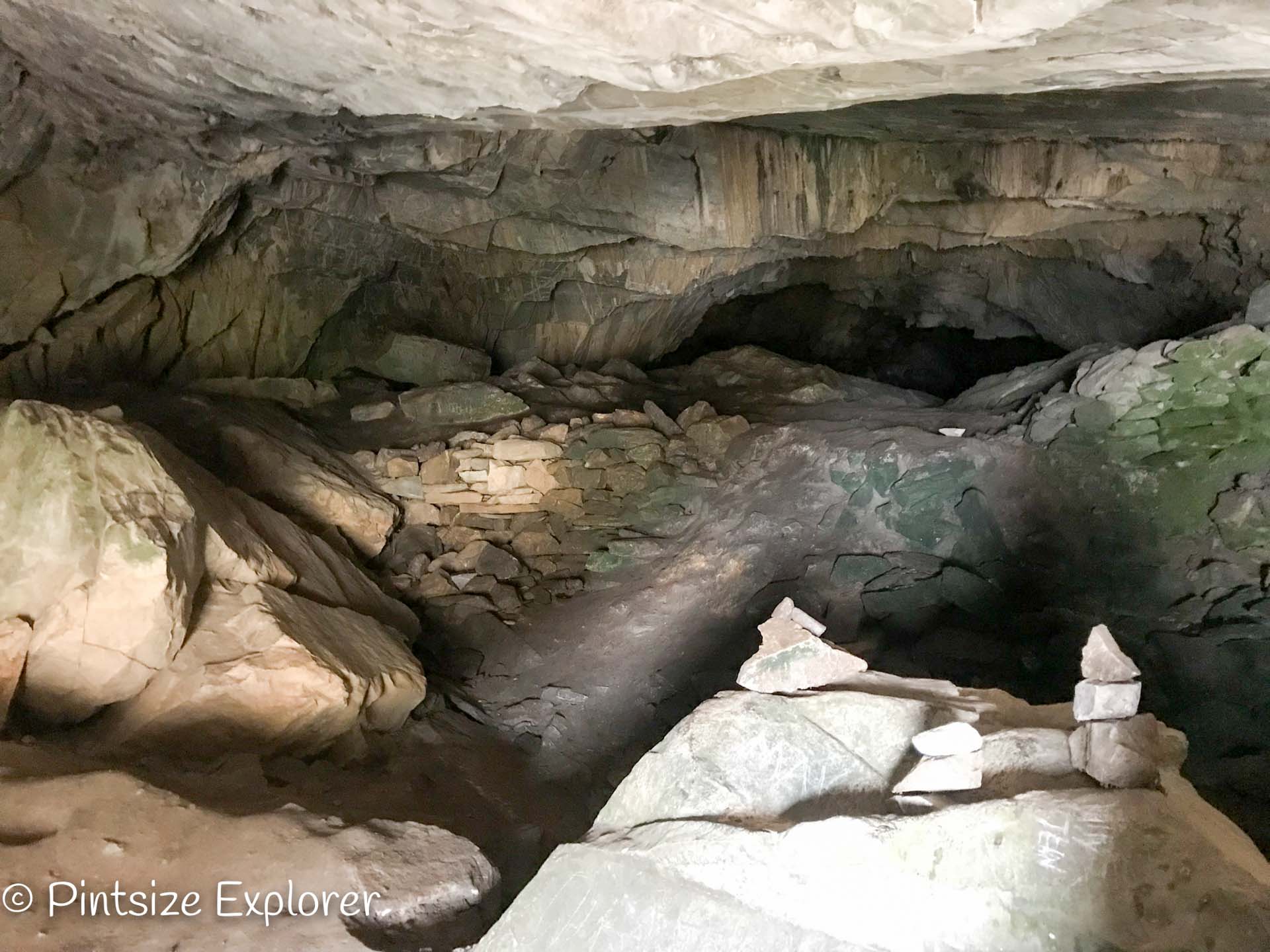 To reach the summit from the cave is roughly another 30-minutes. Again, this will depend on your fitness level, and how slow (or should I say careful?) you are when continuing on. The last section of the hike to the summit includes some bristly undergrowth – just another thing to be careful of. At the summit you’ll be rewarded with 360 degree views of the island. The countryside views were one thing I wasn’t expecting from Naxos, so I was pleasantly surprised.

If you are planning to visit Naxos, then why not pack your trainers and go explore Zeus’s cave too?