With a slogan of ‘Drive. Discover. Adventure’, I was signed up to Kankku’s 4×4 off-road driving experience immediately!

Based in Windermere, in the Lake District, this is an awesome activity to get involved with. During a weekend away with some of my girlfriends, one of the girls had heard of the company before, so suggested we sign ourselves up. The five of us were all over this like someone had announced that Ryan Gosling had entered the room – and we couldn’t wait!

Prices are per vehicle, and each 4×4 can seat up to six passengers – which means you can split the cost between your group. We opted for the two-hour technical drive (but were most definitely out for over three-hours), so between the five of us, this worked out at £35/person. 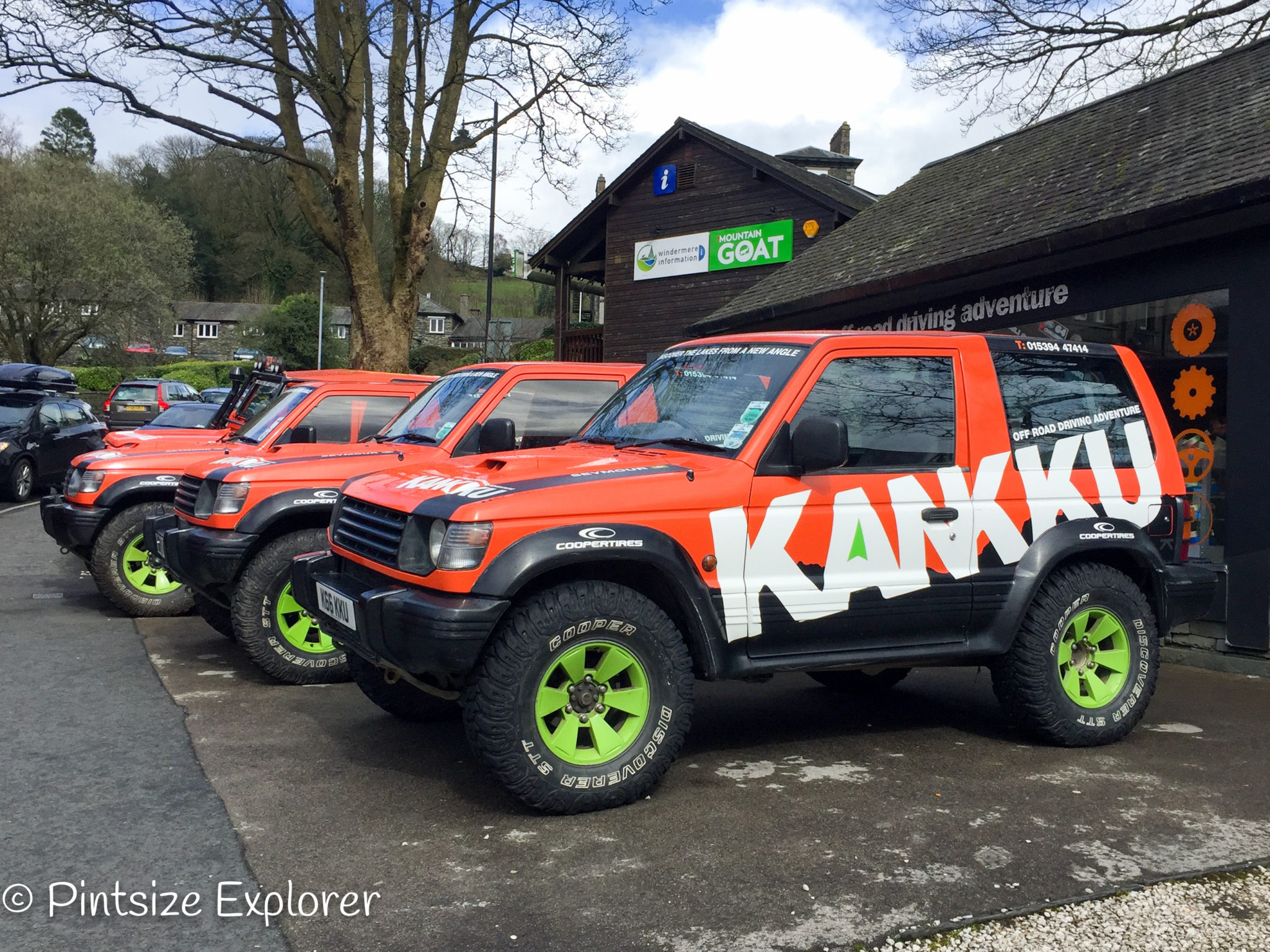 There are no key requirements for passengers, other than holding a valid UK driving license. Obviously, you need to realise the size and power of the vehicle you are about to drive, so if you have never driven anything bigger than a Ford Focus then ensure you are with someone else who is confident to drive on your behalf should you feel uncomfortable at any point.

If you aren’t a confident driver then don’t disregard this. It’s still a heap of fun to join as a passenger!

The 4×4’s are suitable for all kinds of driver, be it your first time behind the wheel of a jumbo 4×4, or if you are an international off-road driver pro. First timers should probably consider the technical drives, as you’ll be driving in a convoy with other 4×4’s, as you head out in a group. You’ll also be guided by one of the Kankku experts who join each drive, sits within one of vechicles with one the groups, and is contactable to all the other vehicles via walkie-talkie. 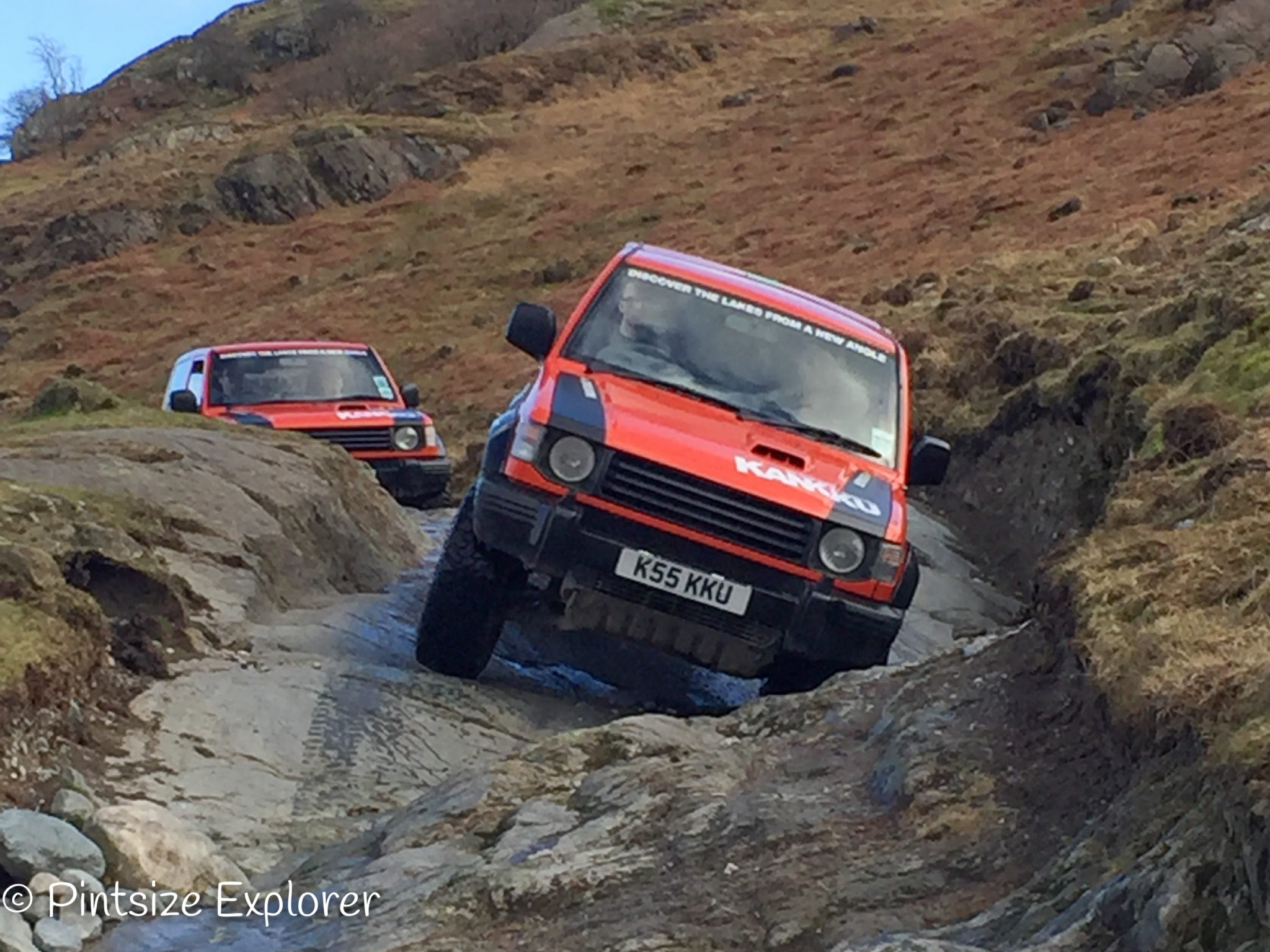 The Kankku offices are located right in the heart of Windermere, along Victoria Street. Don’t worry too much about finding them, as you literally won’t miss the line-up of bright orange 4×4’s that stand proudly in front of the small office.

We made our way to the small booking office, signed the relevant forms, and were shown out to the smartly parked line of bright orange 4×4 tanks. Each group were allocated their own car, however we were placed in one of the larger 4×4’s along with one of Kankku’s driving experts who would lead the convoy of cars. 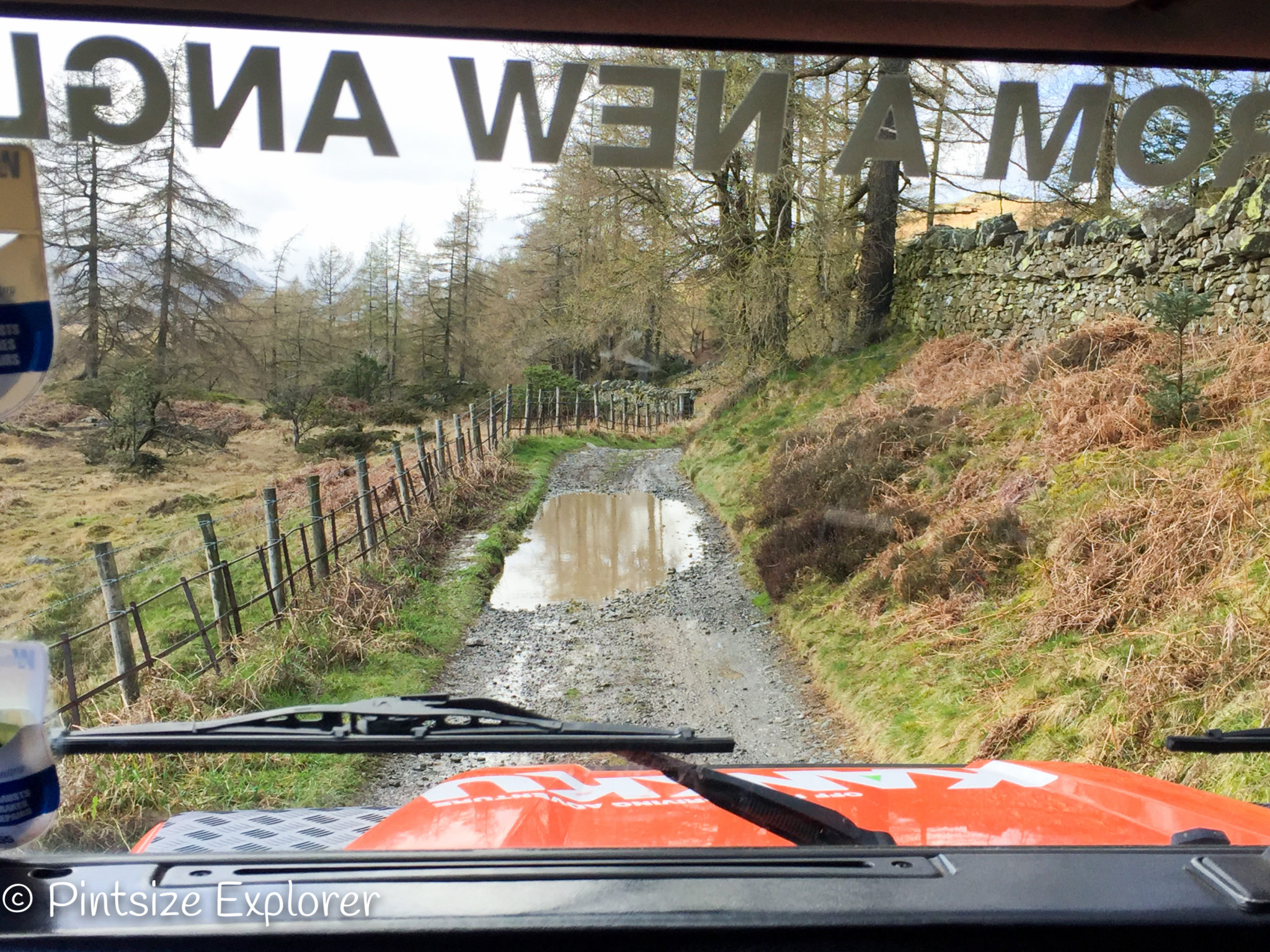 Most of you will be familiar with who I was with on this adventure – Polly, Gemma, Michelle, and Laura! Polly is just crazy full stop, so it’s so no surprise that it was actually her who suggested we try Kankuu. Gemma will drive anything. Give her an 18-tonne truck or a unicycle, and she’ll be off before you can give her the keys. Michelle is the first mum of our group, so was the sensible one behind the wheel – however she was actually lumbered with one of the trickiest parts of our drive, so good on her!

Laura and I were a little hesitant about driving, but that’s ok, not everyone needs to be in the driver’s seat to enjoy the day out. Whilst I might be full of energy like Polly, I was a little less confident. I gave it a try regardless but was quite frankly freaked out knowing I was in control of such a large vehicle to be honest! 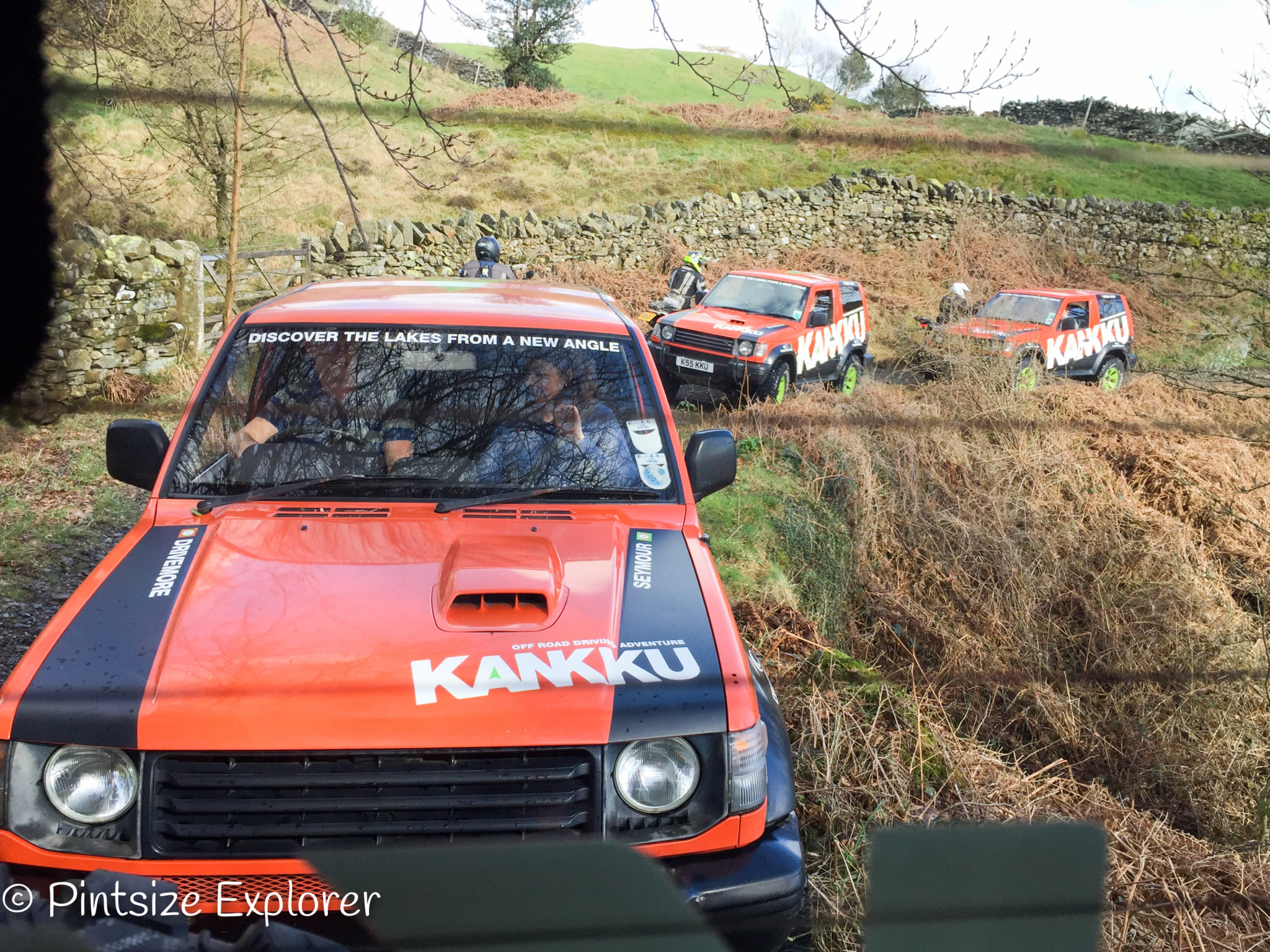 Buckle Up For A Bumpy Ride!

Piling into our ex-army Land Rover, we somehow ended up as the dud group who were allocated one of the larger cars so the guide could ride with us in our car. I think it came down to us being a group of girls, a lack of trust, and them assuming we wouldn’t be man enough to drive like the other guys sat behind the wheels of their cars. 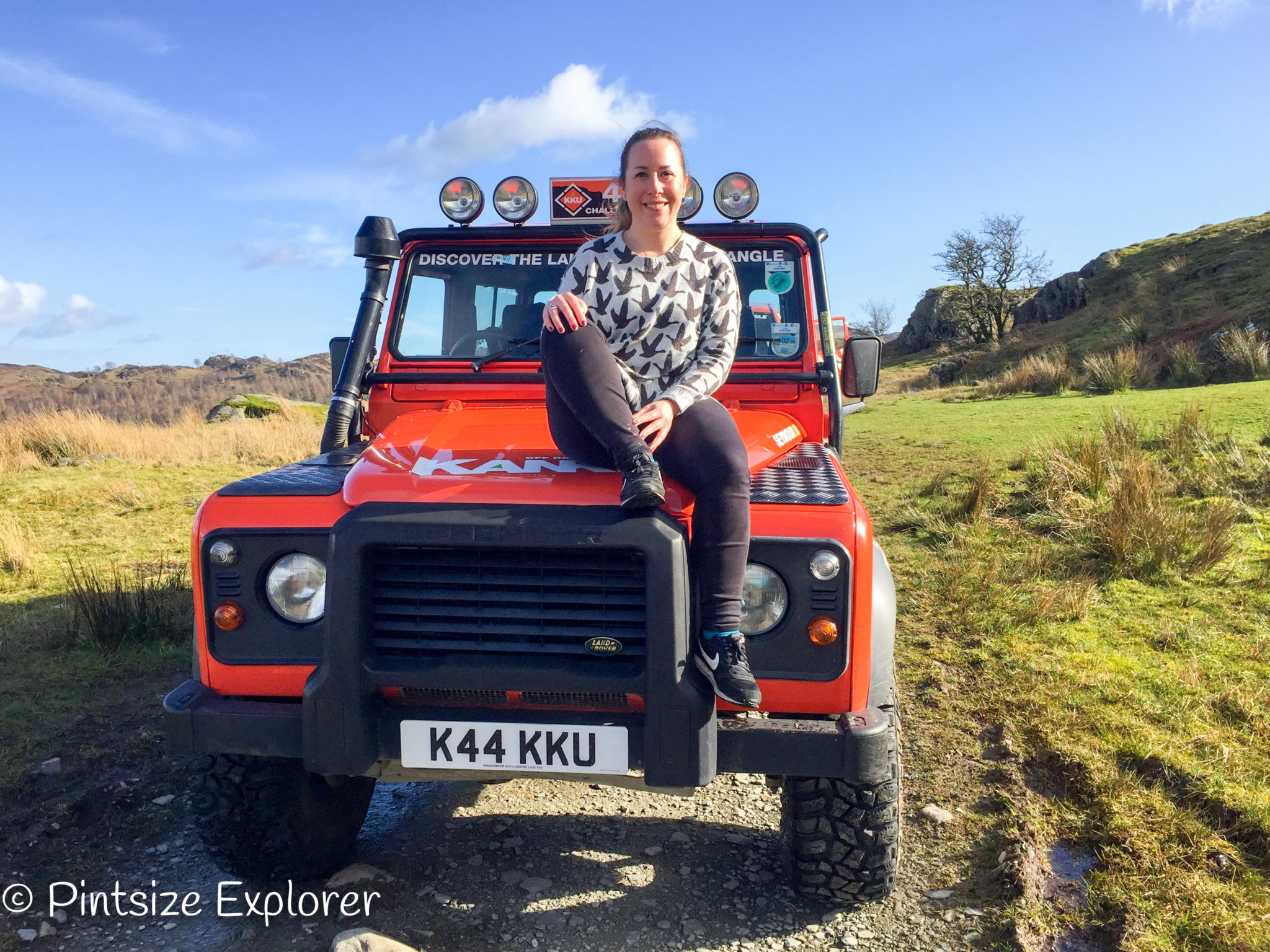 This was a little annoying to be fair, as we were then unable to drive both the first and last sections of the route. The guide jumped straight into the driver’s seat without a conversation about it, and we were off. He was leading the convoy of cars and I understand when the first car is a slow-mo it has a knock-on effect to the other cars following, but I would have much preferred to have driven on the flat roads to build my confidence up beforehand.

Oh well. In a positive way, it did mean we had the guide sat side by side with whoever was driving, personally navigating/directing them with every manoeuvre. Whereas the other groups relied on their walkie talkie for instructions. 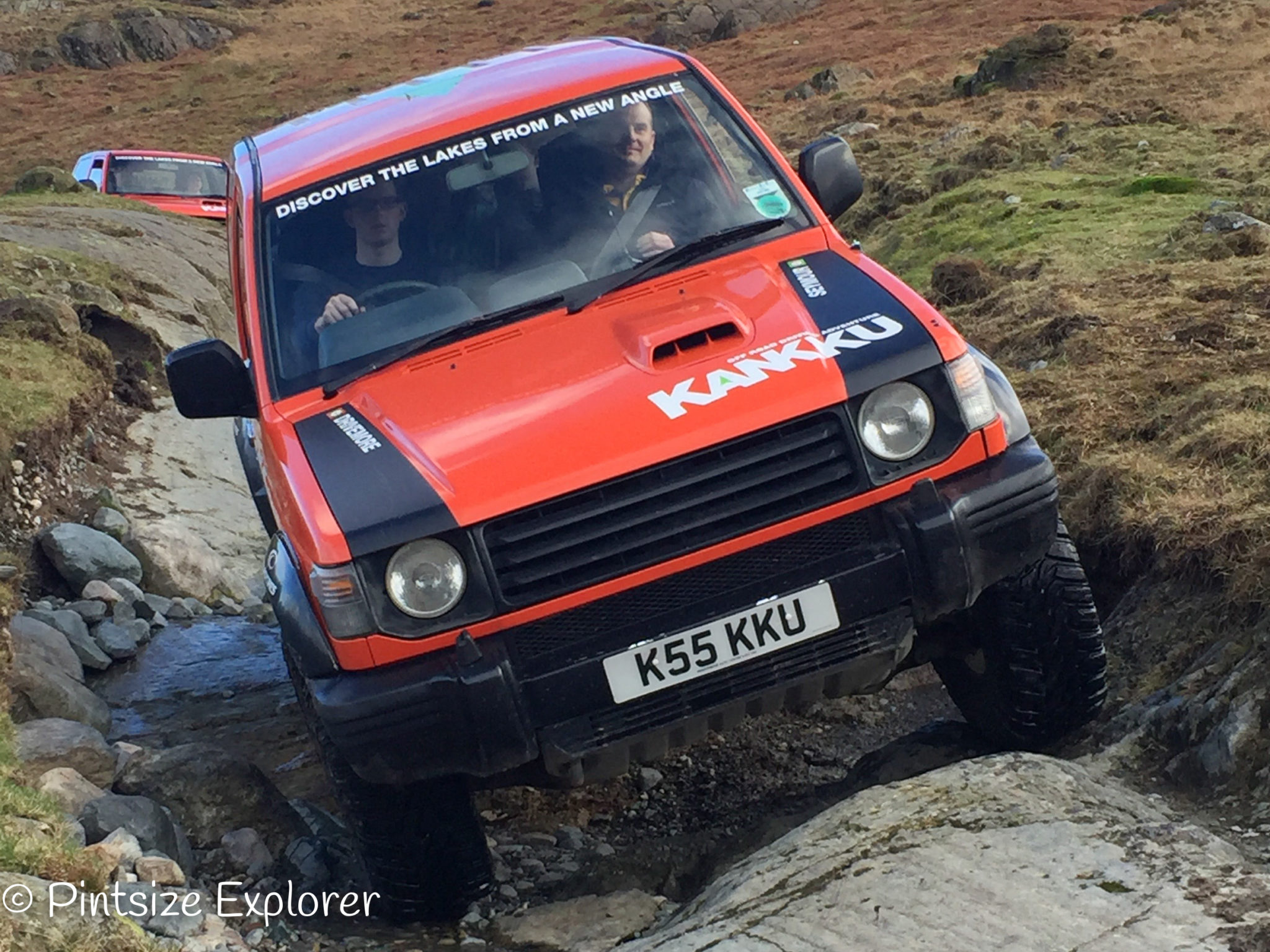 The trail we followed covered a varied mix of terrain. The first part of the drive was out from the Village so mainly on flat roads. Once we ventured off the main roads, we were allowed to swap drivers and have a go ourselves! Hurrah! We initially made our way through single track lanes, dodging the occasional cyclist and motorbike. Once deep into the countryside, our driving skills were truly put to the test as we negotiated steep climbs and declines, huge boulders, streams, muddy ditches, and everything else in between. 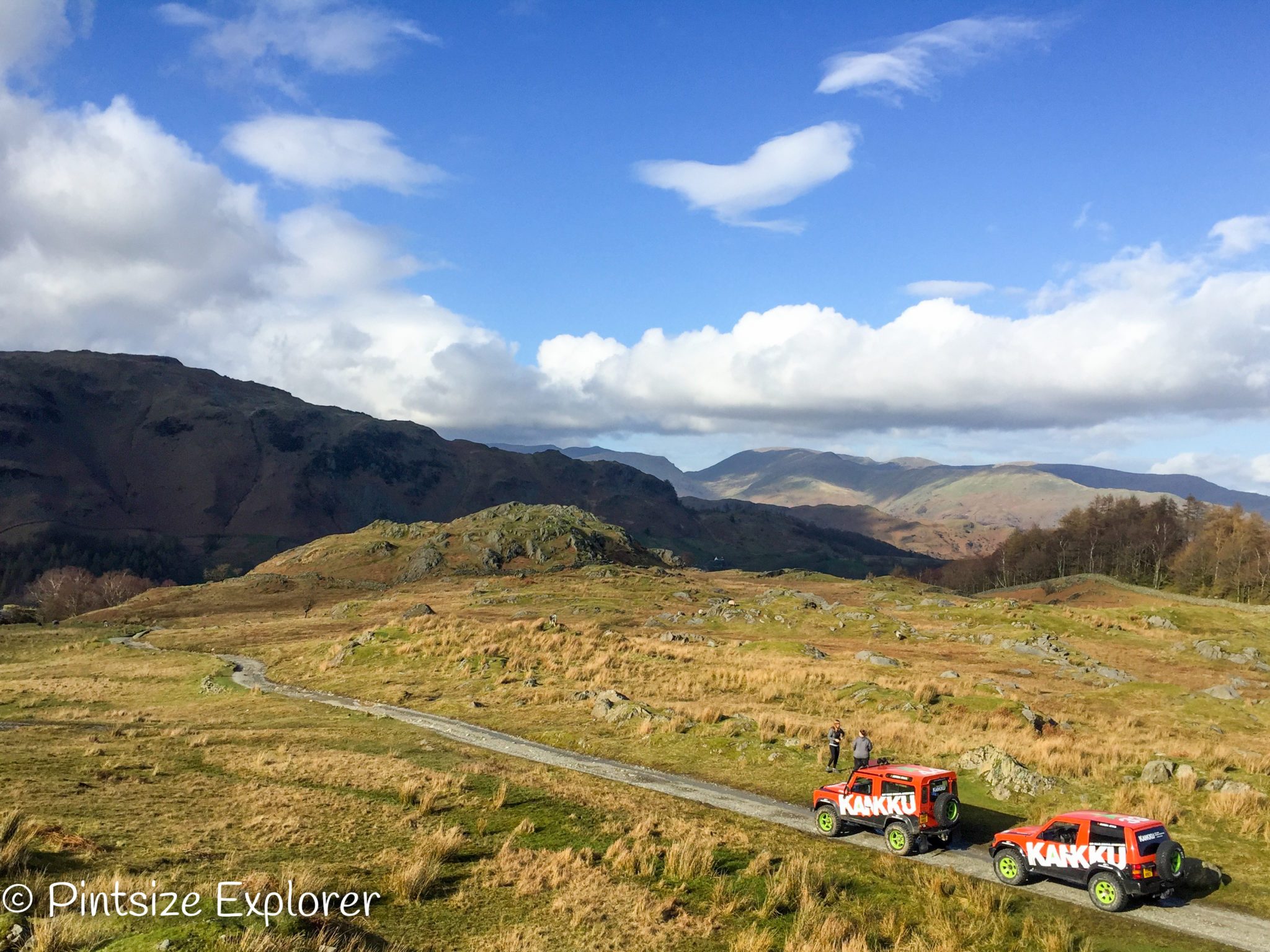 Part way through our drive we stopped at a beautiful point for some photos and breather. At times you forget to take in the landscape that you are driving through as we were concentrating so much on the road. Mountains. Lakes. The huge open countryside. The Lake District is truly stunning!

This was a really fun group activity, and Polly did well to suggest we book this! I tried to get some video footage of our experience, but to be honest, this was the first time I had used my action-cam, so I didn’t manage to get enough footage to pull together a decent video.

This was such a fun day out and I couldn’t recommend it more!

Scroll down for a few more additional photos 🙂 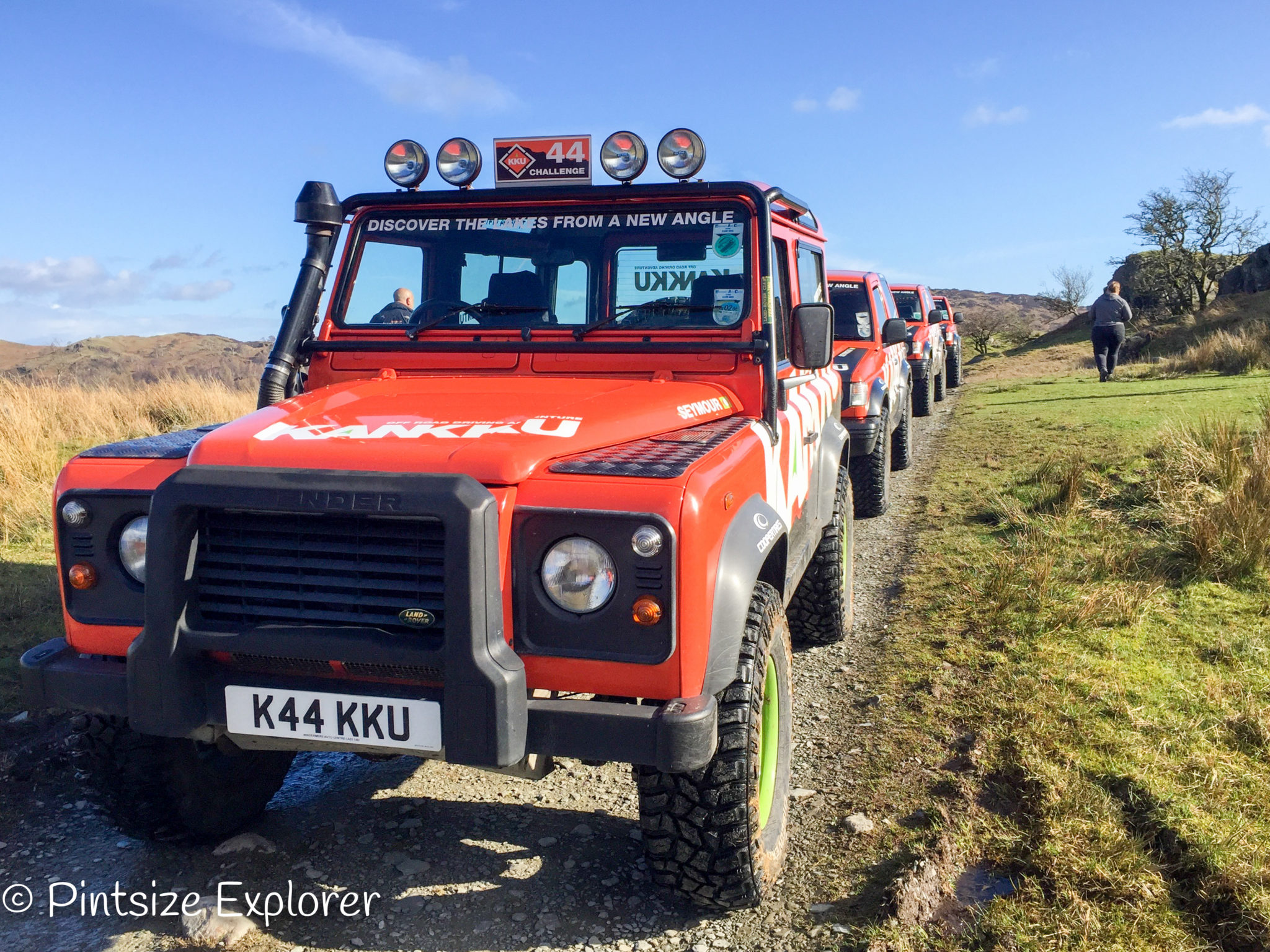 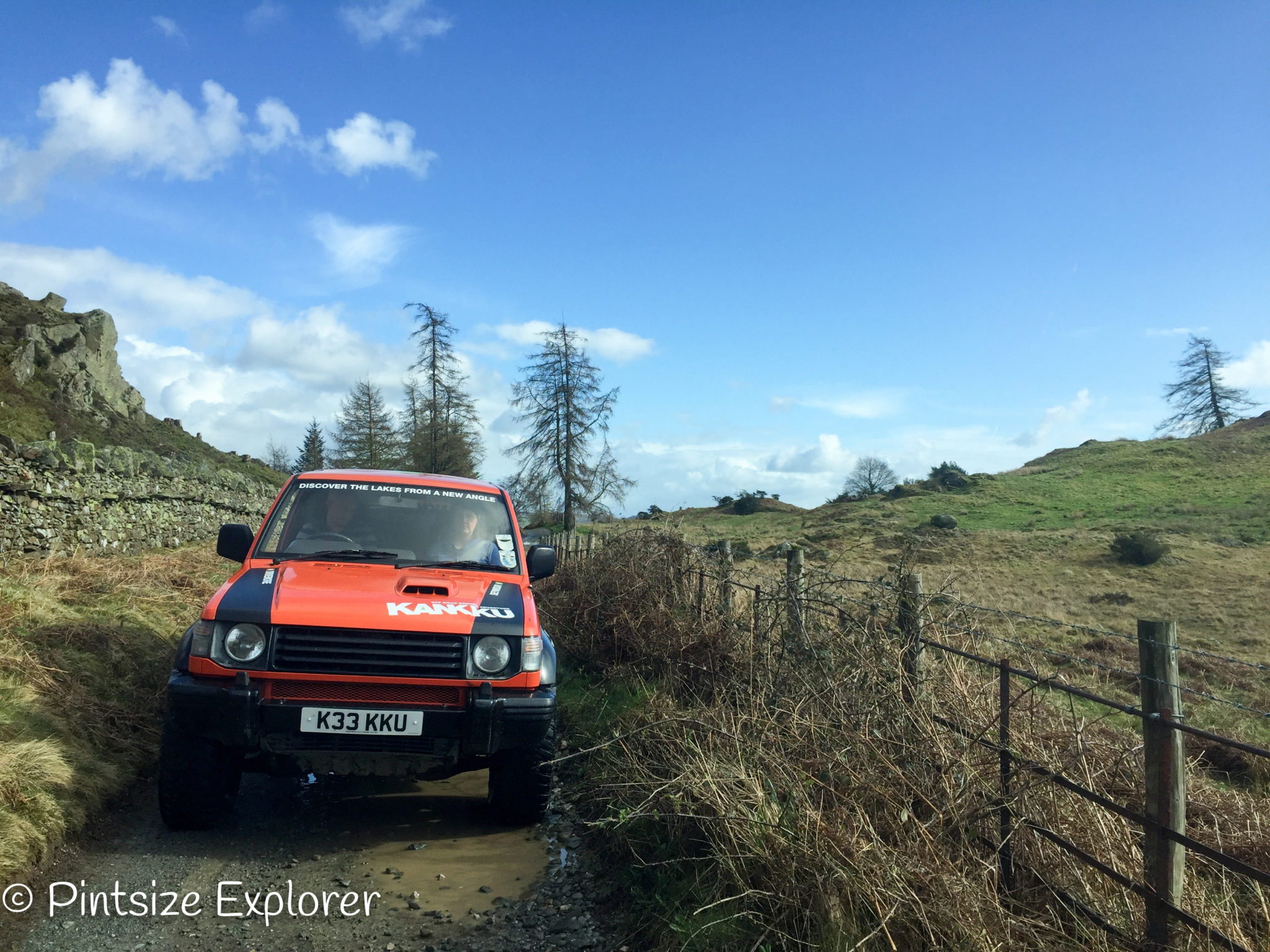 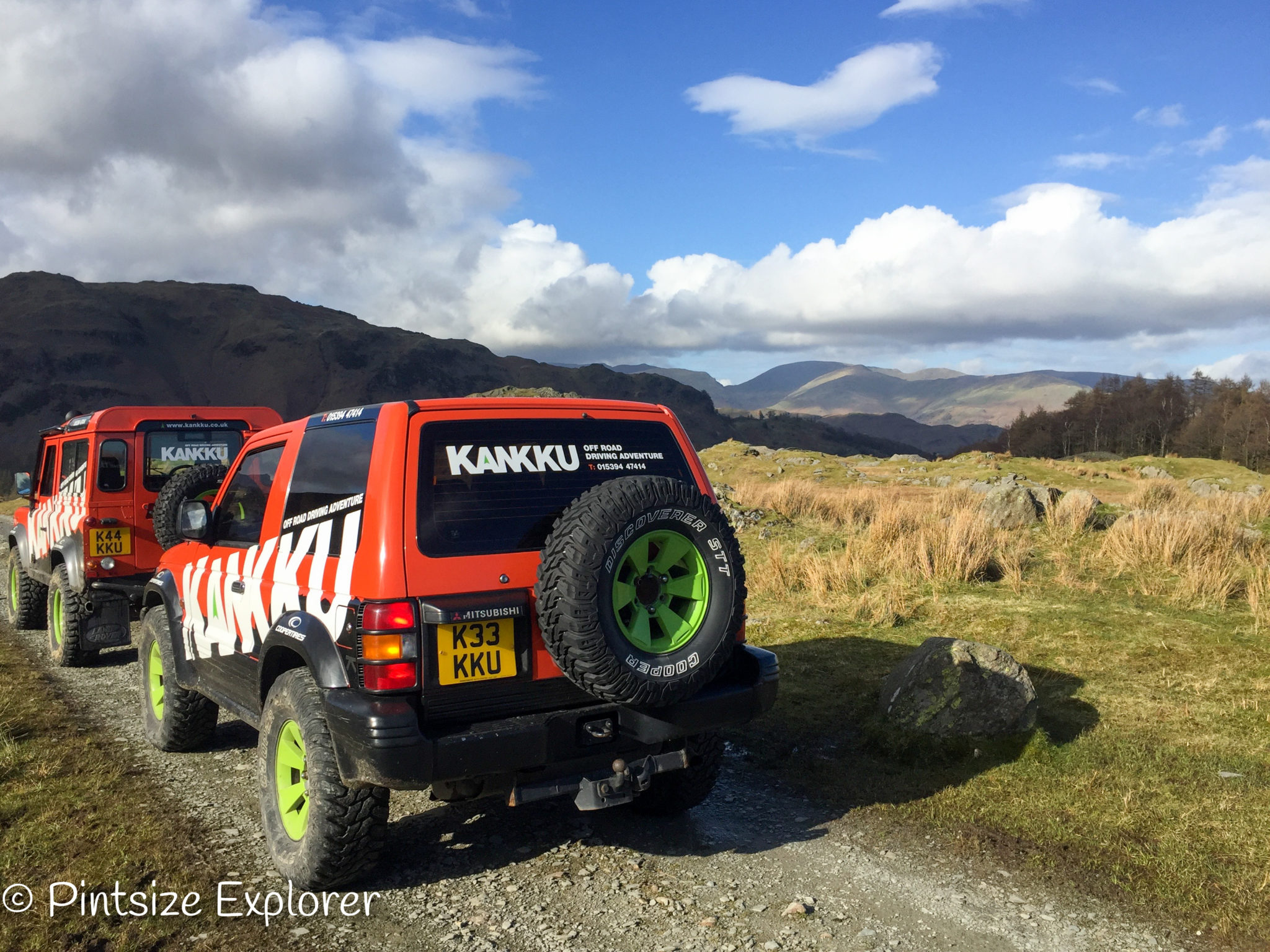 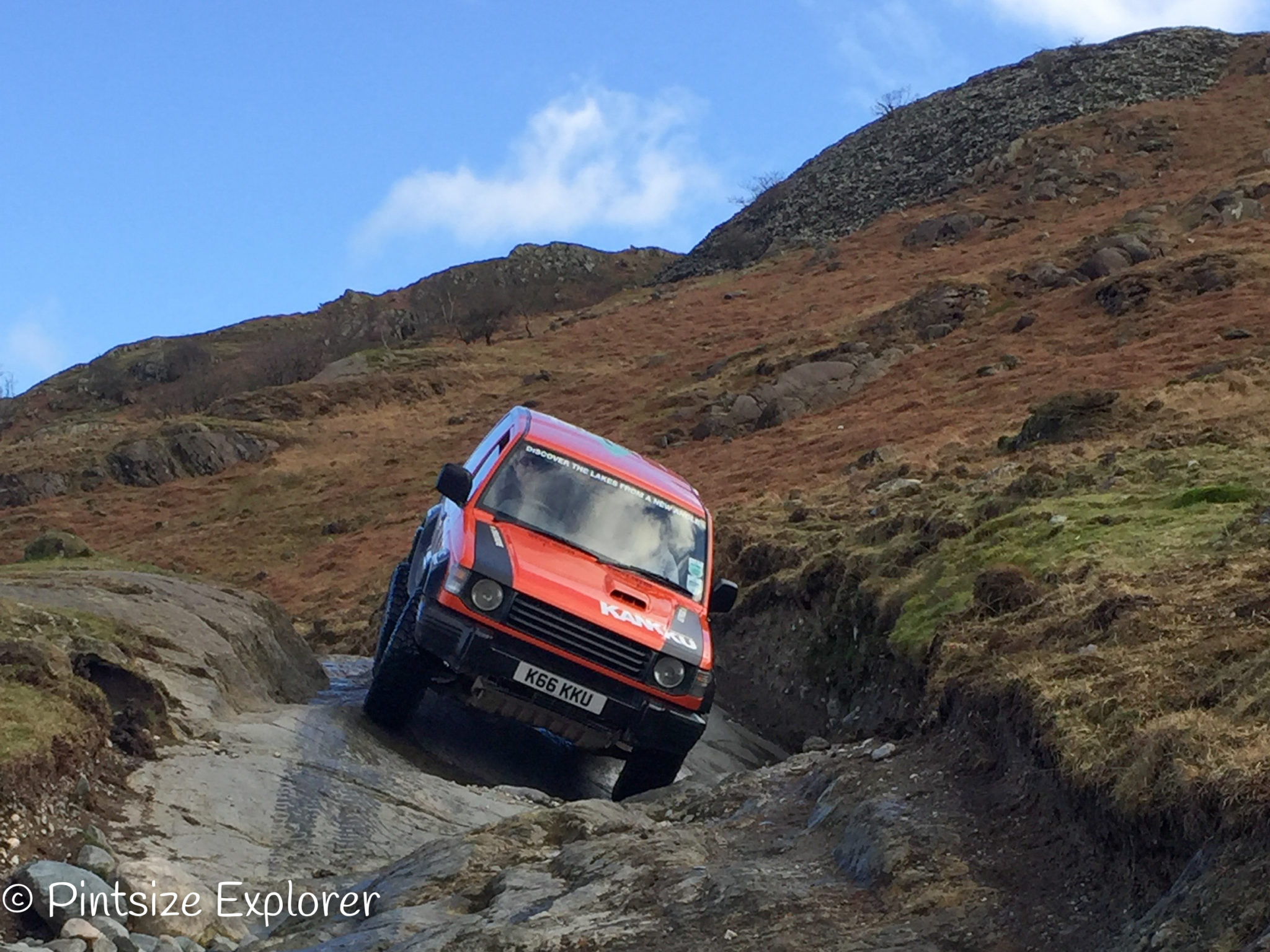 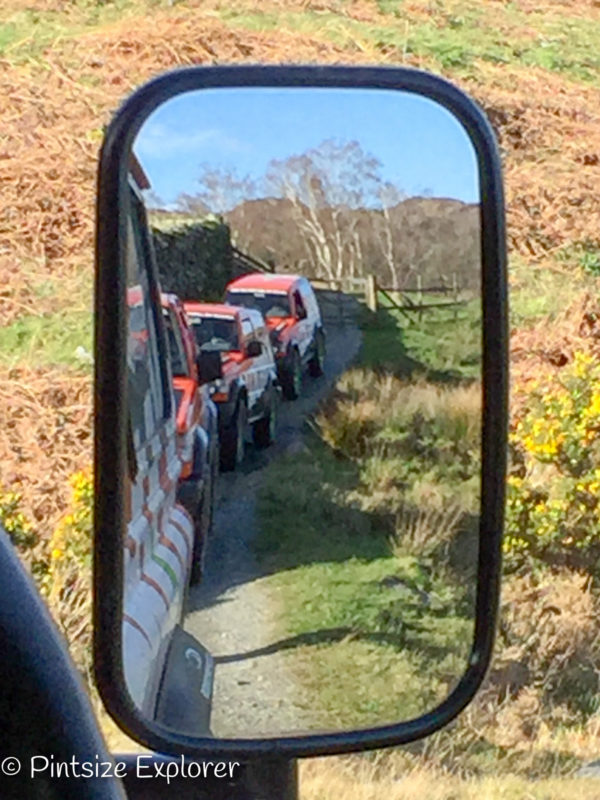