Why You Should Visit Anacapri

Despite what I’d read and heard about Capri, I knew one day I would make my way there, and when we visited last summer, I was not disappointed! I would absolutely visit again within a heartbeat. In fact, I think I’d go as far as saying it’s one of my favourite places I’ve visited in Italy.

My heart bursts a little when I think back to our time spent in Capri. Lounging around the grounds of our boutique hotel set in a pretty lemon grove, all the glorious foods we ate, hiking along the clifftops, and milling around the local shops in the tiny village of Anacapri tucked up in the hills.

Whilst Capri has always been a tourist mecca (and always will be!), the island is much bigger than you may realise, but is also split into two villages – Capri Town and Anacapri. 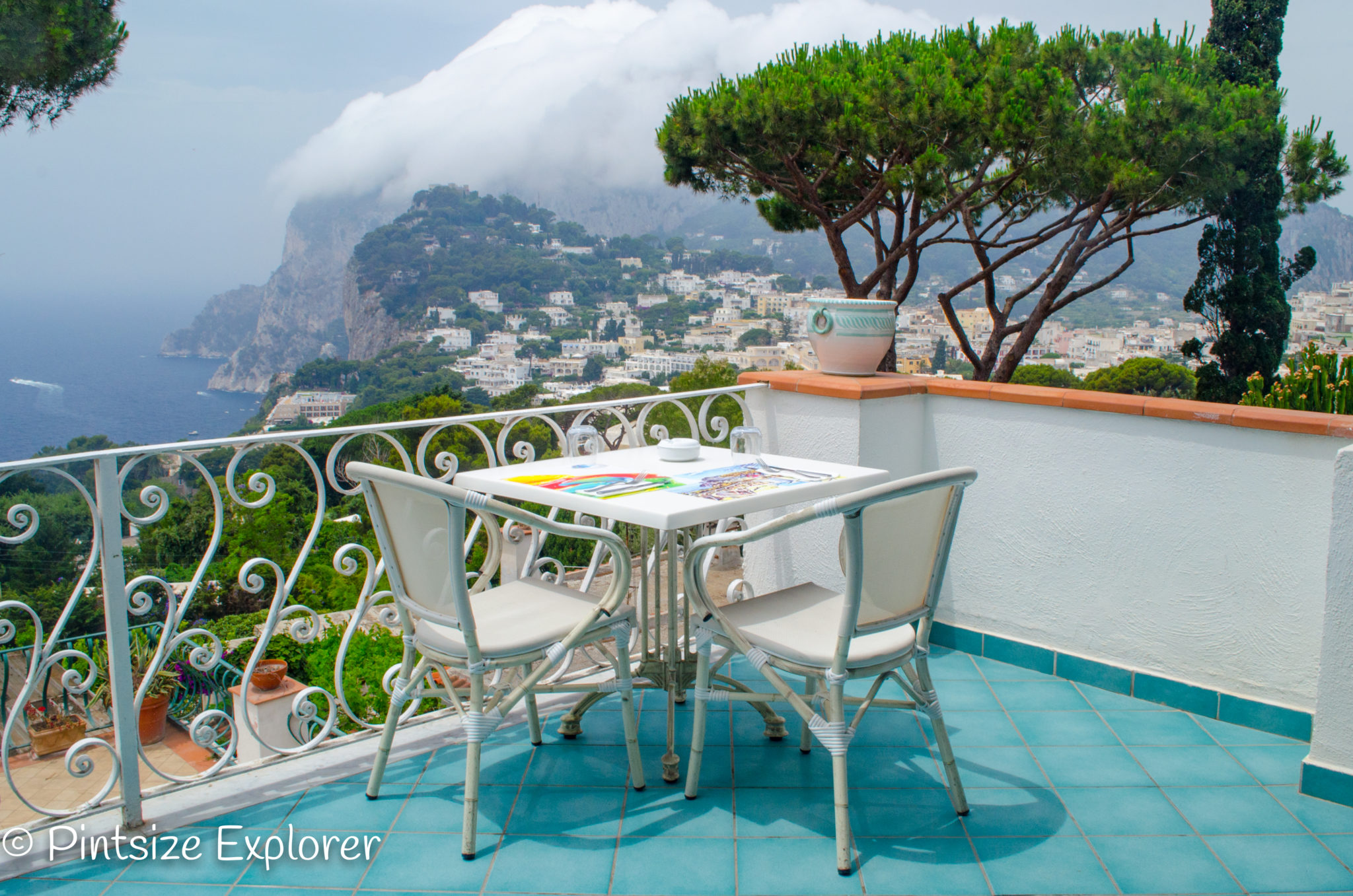 How To Avoid The Crowds

Hordes of day trippers flood Capri on a daily basis from the mainland villages, so be prepared for people. Bloody loads of them. With this in mind, plan your trip so you do not coincide your travel with the day trippers, i.e. avoid travelling to Capri in the morning and back in the afternoon on the most crowded ferries.

We were travelling in peak season, and took a late afternoon ferry from Sorrento to Capri (one of the busiest routes), however at that time of the day, there were literally around 20 of us on our ferry. Similarly, on our departure, we chose to leave Capri in the morning, travelling in the opposite direction to the crowds, so again had a pleasant commute back to the mainland. 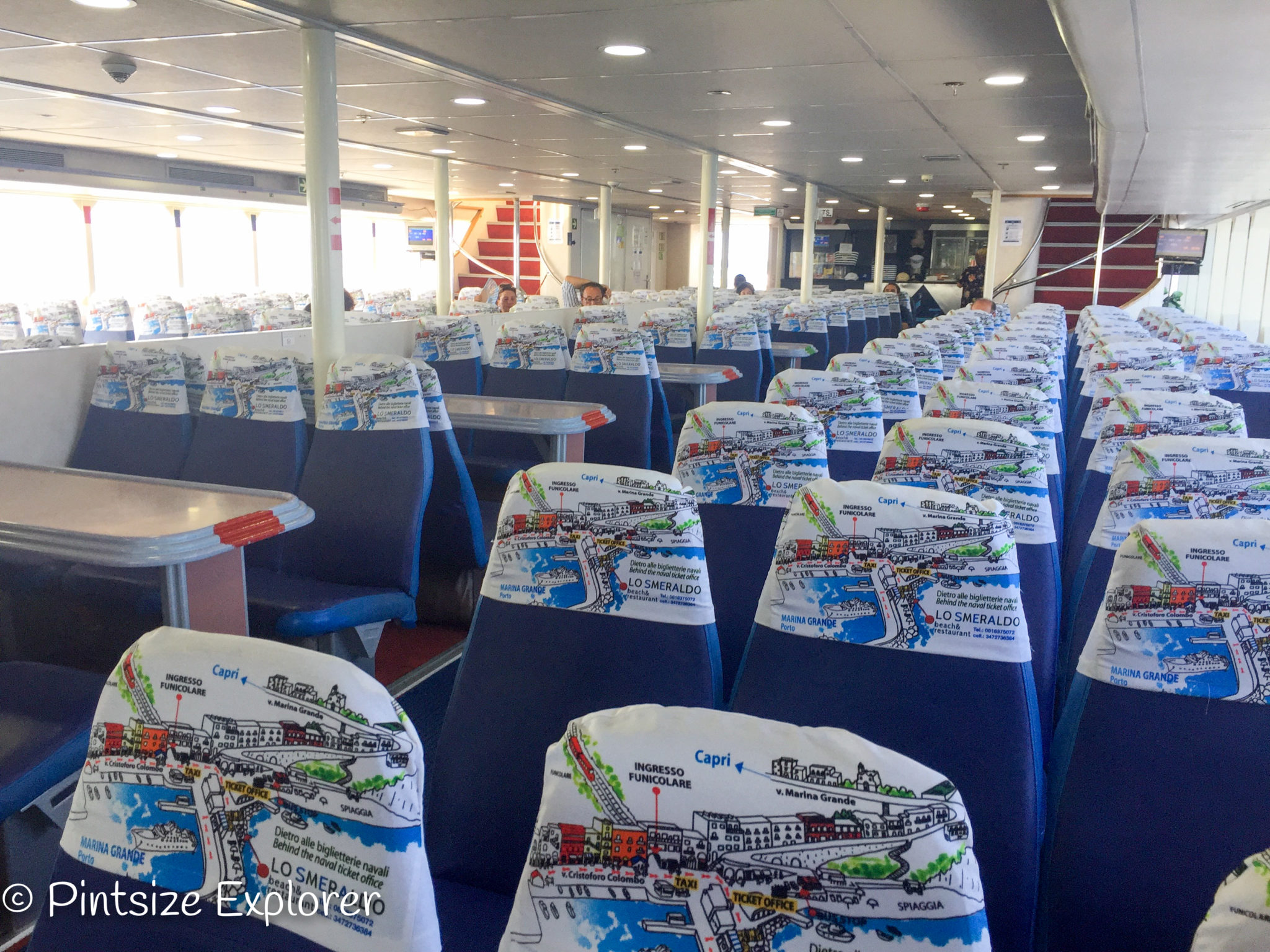 I appreciate most people will be on a tight holiday schedule, and therefore might only have one spare day to fit in Capri, however my biggest piece of Capri advice would be to spend longer than a day there. Capri deserves more than one rushed day, where you’ll only get caught up in the crowds as you are whisked from one place to the other. Spend at least one night there to truly appreciate what Capri has to offer – away from the day trippers.

Travel is super easy to arrange yourself, local buses are regular and straightforward to navigate, and the handful of main attractions across the island have ticket kiosks on site where you can purchase your own tickets in advance, or as you arrive.

If you are concerned about the expense of accommodation, then look to stay in the Anacapri area where prices noticeably drop. In fact, I much preferred Anacapri, so this is a win win suggestion in my opinion 😊 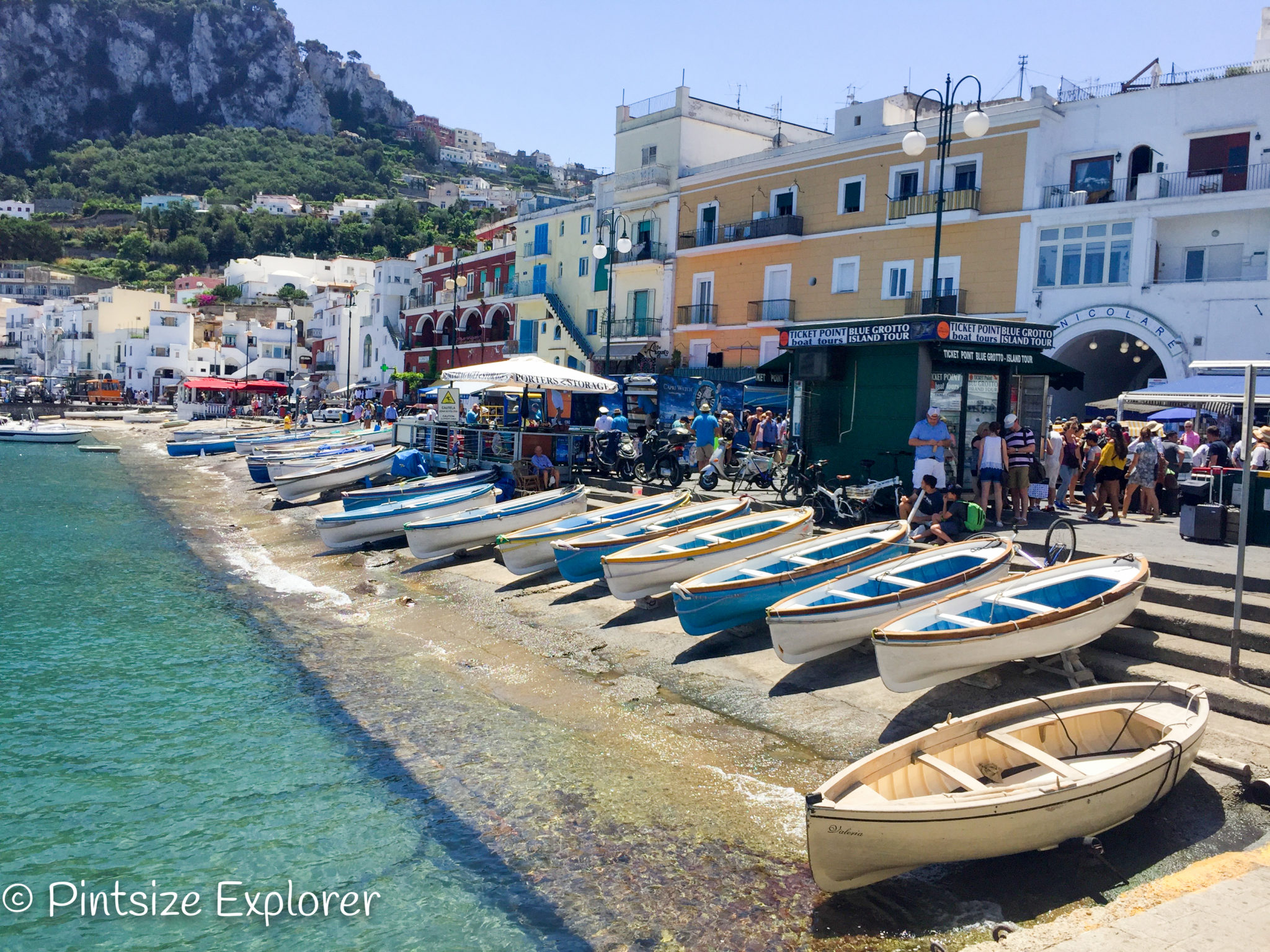 How To Get There

Capri is surprisingly easy to reach. Ferries depart several times an hour from as early as 05:30 until 20:00 in peak season, and cost roughly 15 – 20 euro’s/person for a single each way ticket. The most popular routes are from Amalfi, Naples, Positano, or Sorrento, however you can also reach Capri from Castellammare, Ercolano, Salerno, and Torre del Greco as well.

There are several different ferry providers (with very little difference between them), so just book with the operator departing at your preferred time. Travel times may differ, but not hugely. Travel time between Naples and Capri should take 50 minutes, and travel time between Sorrento and Capri is a mere 20 minutes – not even long enough for a nap! 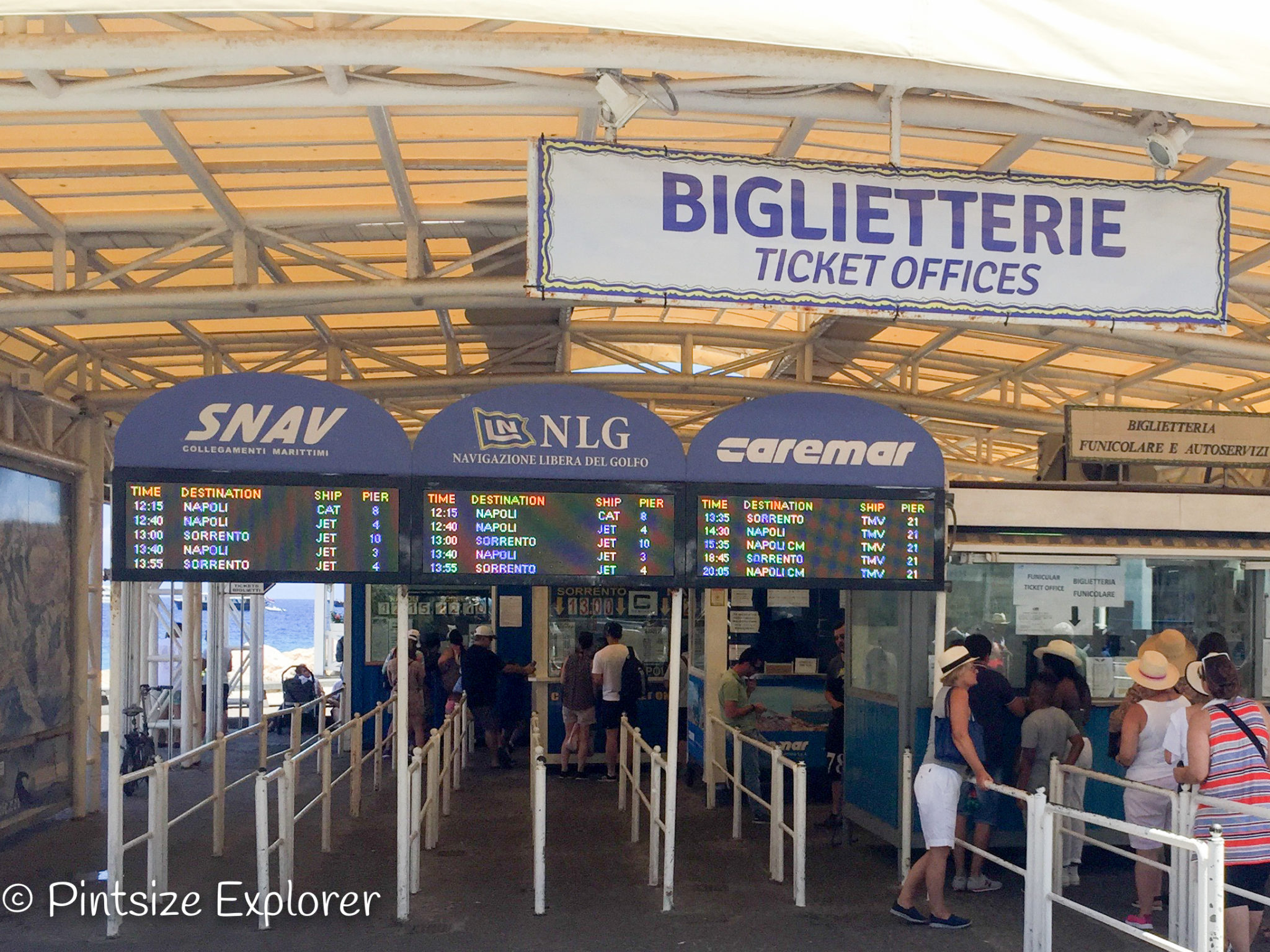 We took the ferry from Sorrento over to Capri, and then from Capri back to Naples with different ferry providers. We had no issues whatsoever. If you are travelling in peak season then you might want to consider pre-booking your tickets, however saying this, we travelled in late June and had no problems buying our tickets at the kiosk less than half an hour before departure. Note, we were travelling on the quieter ferries with none of the day trippers, so if you are taking the morning ferry over to Capri and the late afternoon ferry back, you’ll definitely want to pre-book.

You can book your tickets by clicking here – http://www.capri.net/en/ferry-schedule 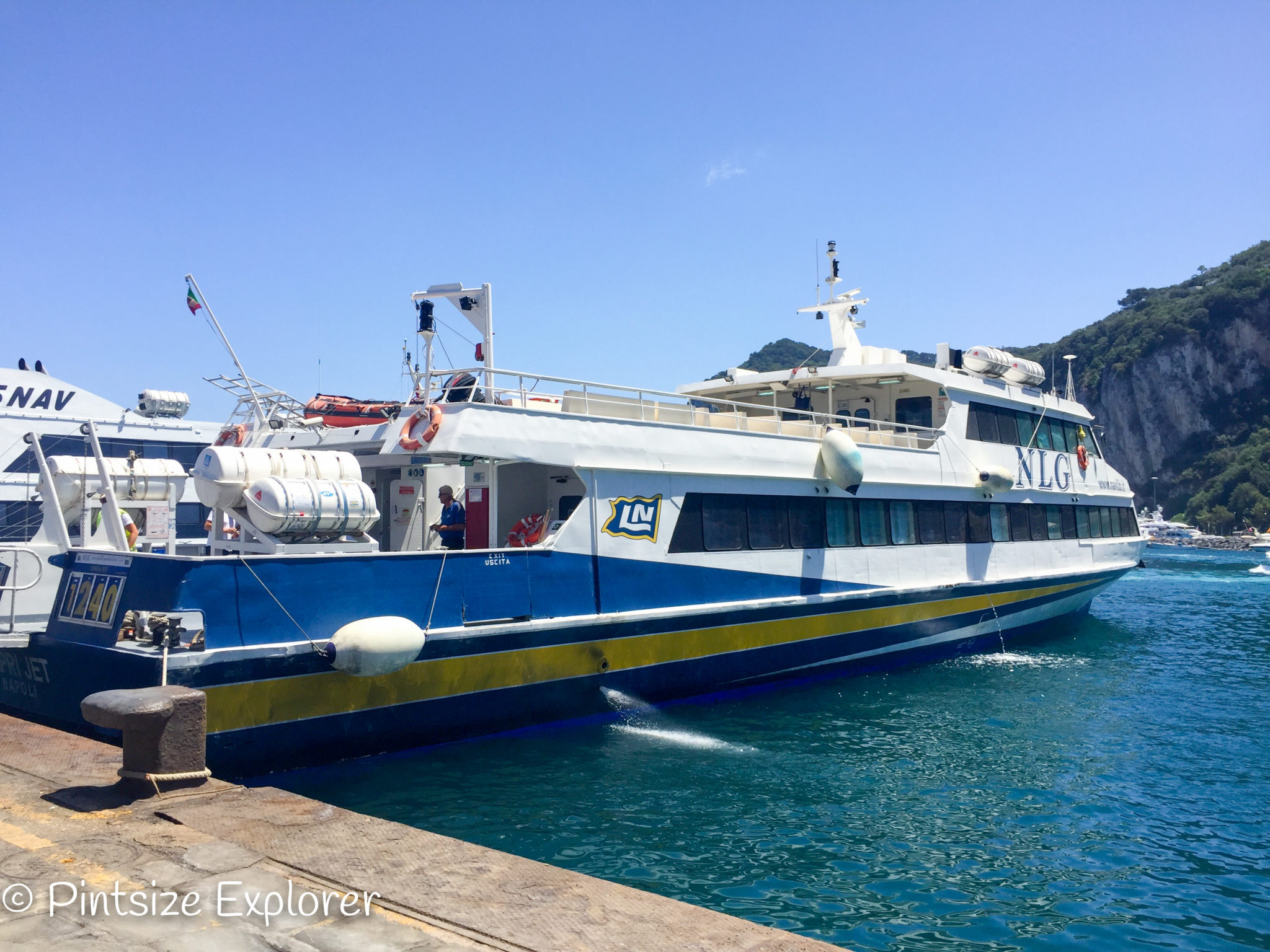 I’ve tapped in already on how easy it is to arrange your own travel over to Capri, well the same goes for travelling around Capri. The island has some comical stretched convertible taxi’s in some funky colours, but these cost a bomb. 30 euros from the ferry port to Anacapri, or 2 euro’s to take the nano bus. I say nano, because of it’s diminutive size! They only have 10 seats per bus with as many people standing as you can cram in. Buses run regularly, are reliable, and travel to all the touristy spots on the island, so they get my vote each time. (And for the comedy value as they come chugging along the narrow roads!). 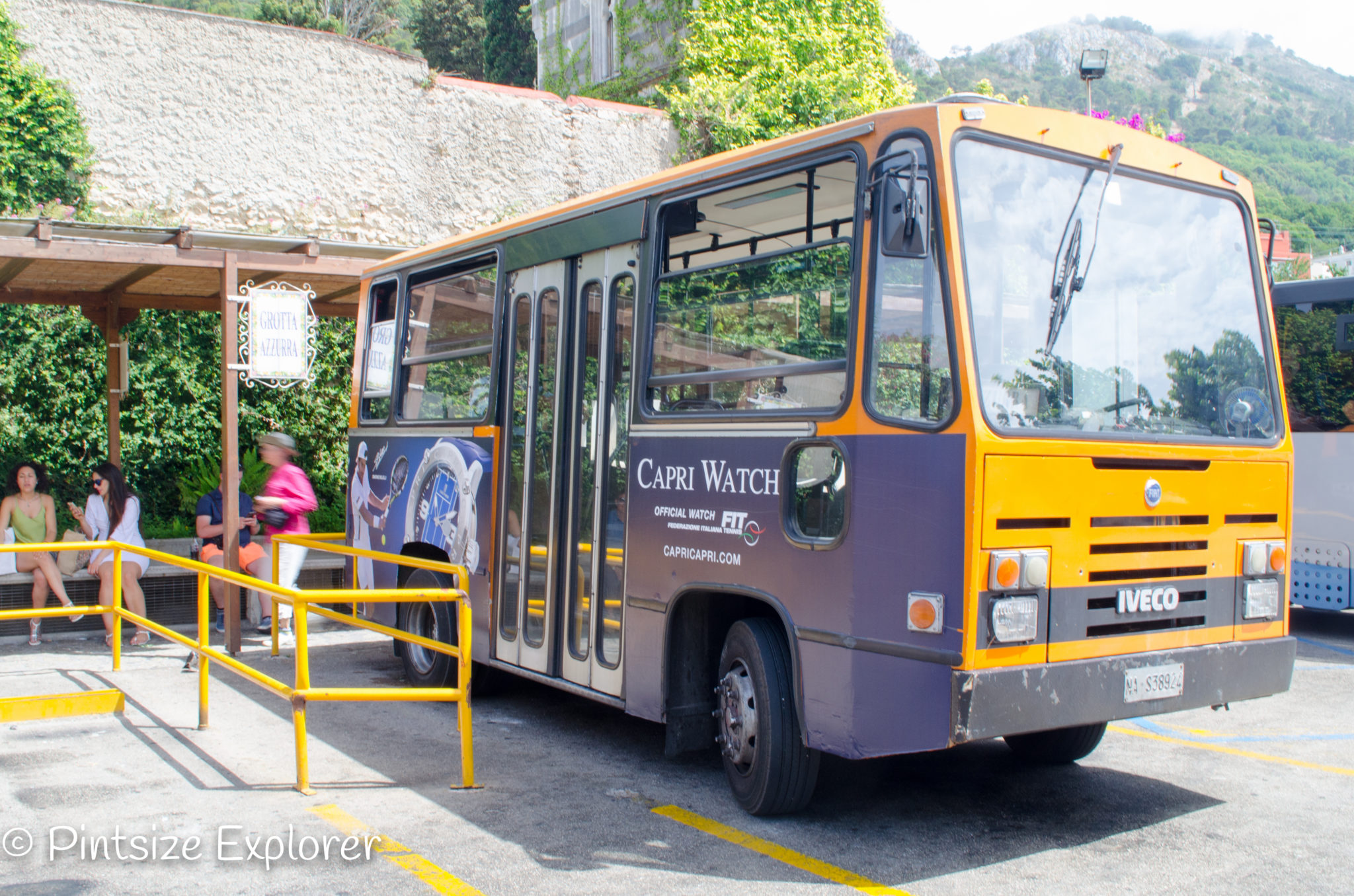 No Need To Plan

Capri is the type of place where you can it one day at a time. There’s no need prepare or prebook anything. Go get lost and explore, as often thats the best way to discover somewhere. Well, that’s what we did anyway! We hiked from Anacapri to the lighthouse, wandered along back alleys of endless beautiful Italian villa’s and homes. Keep your’s eye’s open for the random philosophical garden, which you may pass along the way! Your can easily reach the majority of the island sites by public transport, taxi, or foot, and you’ll have no problem purchasing tickets at the entrance for any attractions that have an entry fee.

Top tip – If you are planning on taking a boat ride inside the The Blue Grotto, then ask your accommodation to call in advance to ensure it’s open. Quite often The Grotto will close and boats will be forbidden from entering inside due to choppy waters. We tried to visit twice, and heartbreakingly it was closed both times – despite being a million degrees and smack bang in the middle of peak season! 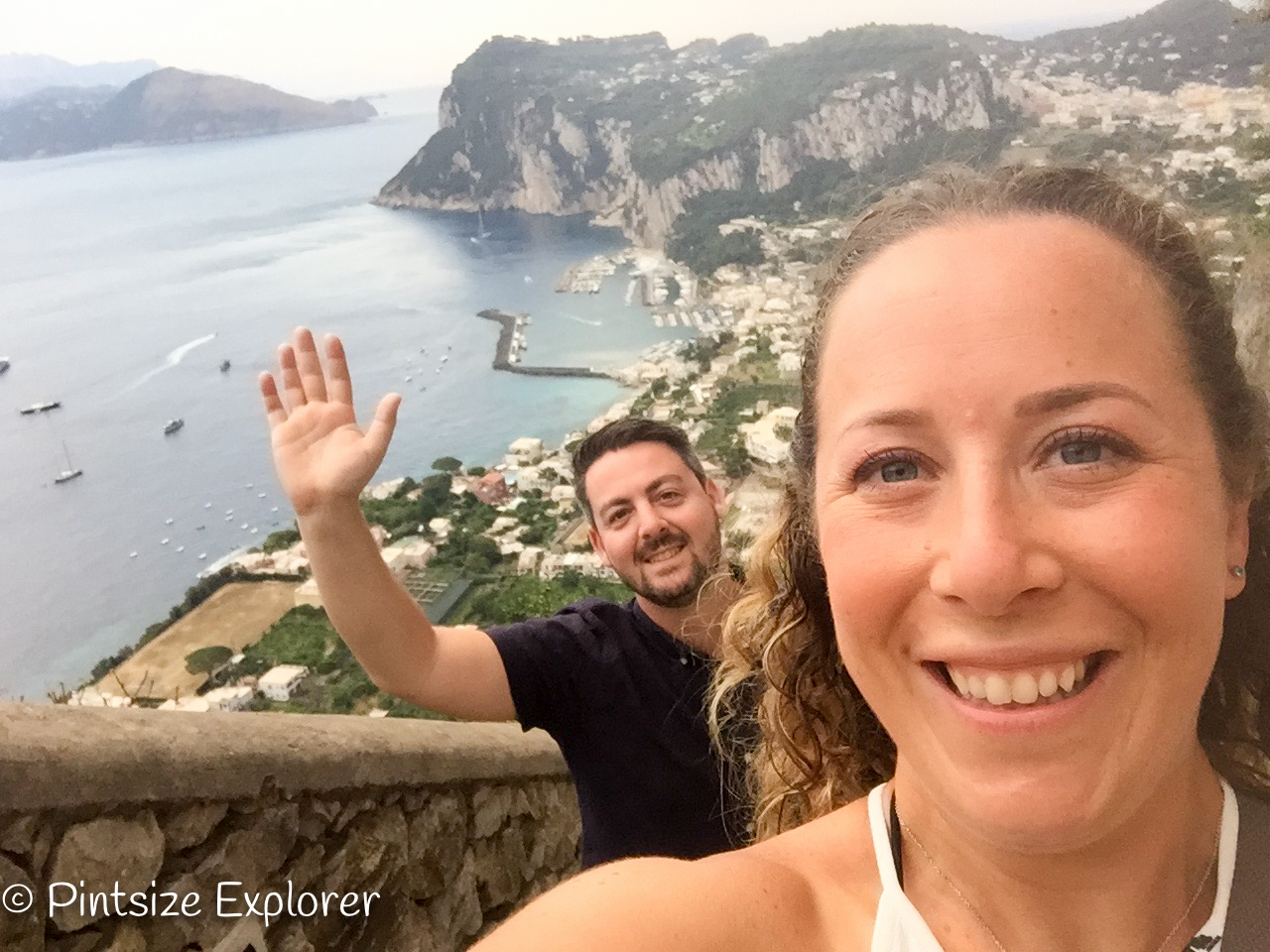 How To Travel On A Budget

Although most hotels in Capri charge above the average cost per night, there are cheaper alternatives on the island. Prices significantly drop the further out from Capri Town you go, so look to base yourself up in Anacapri instead. Be savvy and travel in shoulder season where prices will be considerably lower, and so will the number of crowds. Travel mid-week as the weekends will always be busier, and don’t be a last-minute Larry. Book ahead! You can easily find some lovely B&B’s and guesthouses from around £50 pn for a double room.

Thanks to Anacapri being so small, you’ll struggle to find anywhere that’s too far out! Check out Hotel Casa Caprile, or B&B II Sogno for some cheaper accommodation suggestions. 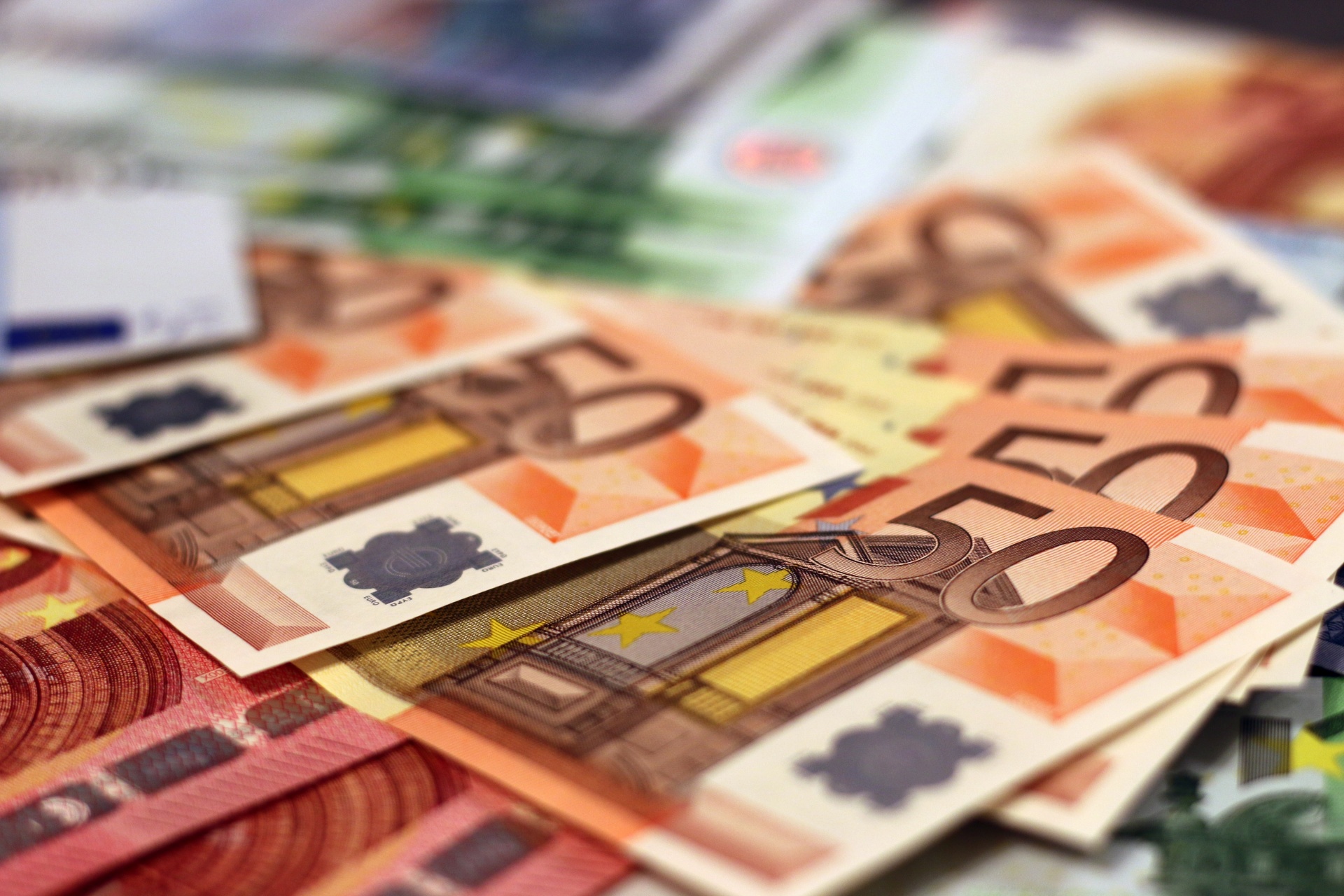 Armed with these tips, hopefully your first time to Capri will be as great as ours!