As soon as we booked our weekend away in Wales, we knew we’d be booking one of Zip World’s zipline adventures!

There are three main zip line activities to choose from – The Caverns, Titan, and Velocity.

In The Caverns you’ll zip through a series of wires that take you through a cave like system. The Titan sees you hoisted above the slate caverns in a series of three separate outdoor runs. And then there’s The Velocity wire – the fastest zipline in the world, and longest in Europe – that will catapult you up to speeds of 100mph! 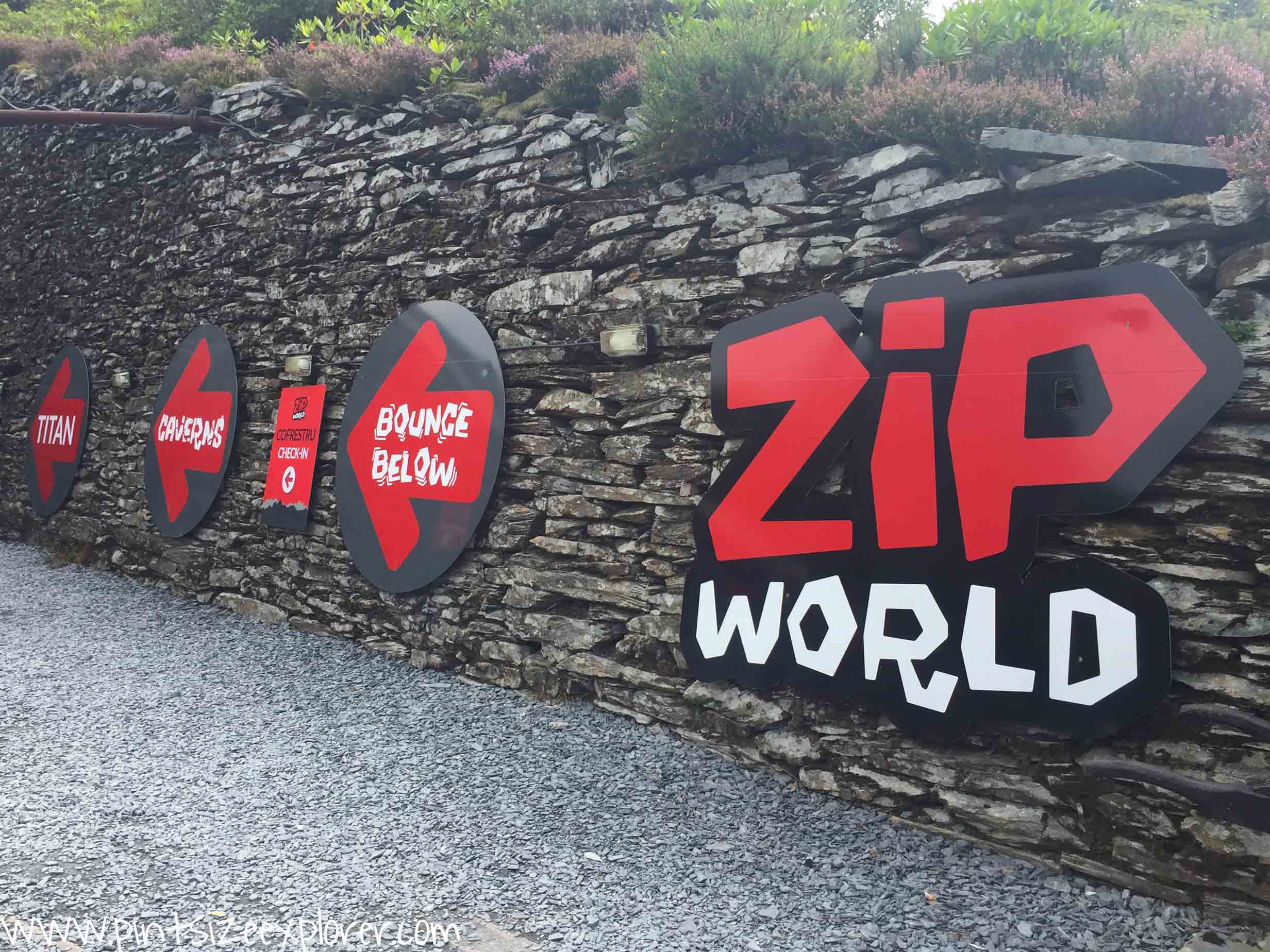 We chose to ride the Titan lines as this was Adams first time on a zip line and we figured that riding outdoors through a vast quarry would be a better experience than the indoor caverns. (The velocity wire was NOT an option for me thanks!).

The Titan zip line is made up of three runs, Alpha, Bravo and Charlie, which fly over a total of 8000 meters, and up to a maximum speed of 50 mph. Each run has four separate cables that allow up to four people to ride at the same time – this is pretty fun to fly along next to your friends simultaneously! 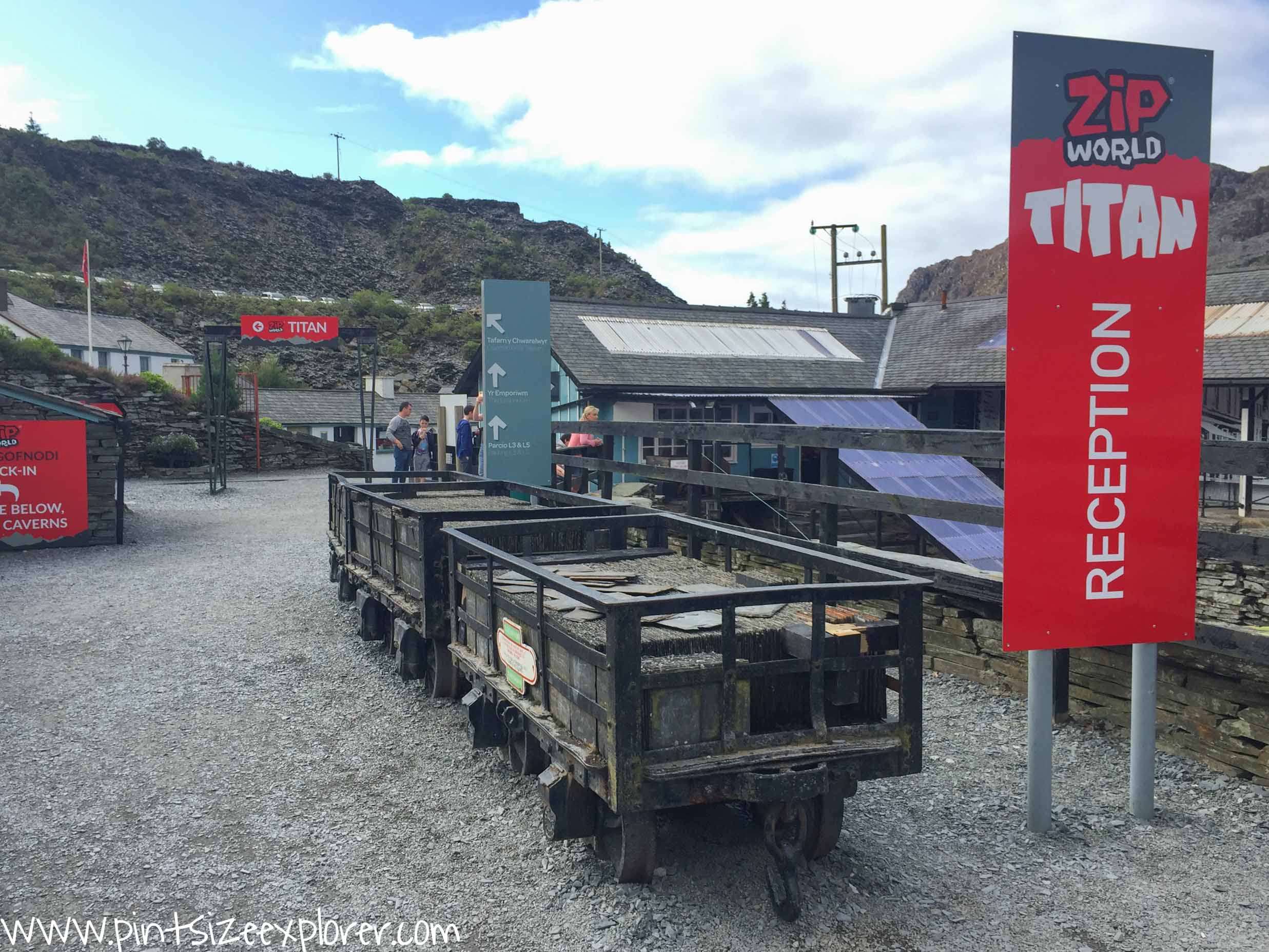 Bookings can be made online here and only took a few minutes to choose our preferred date and time. Zip World is open all year round, with prices starting from £50 (Titan), £60 (Caverns), or £70 (Velocity). Multiple saver tickets can also be purchased if you are planning on booking two or more Zip World activities 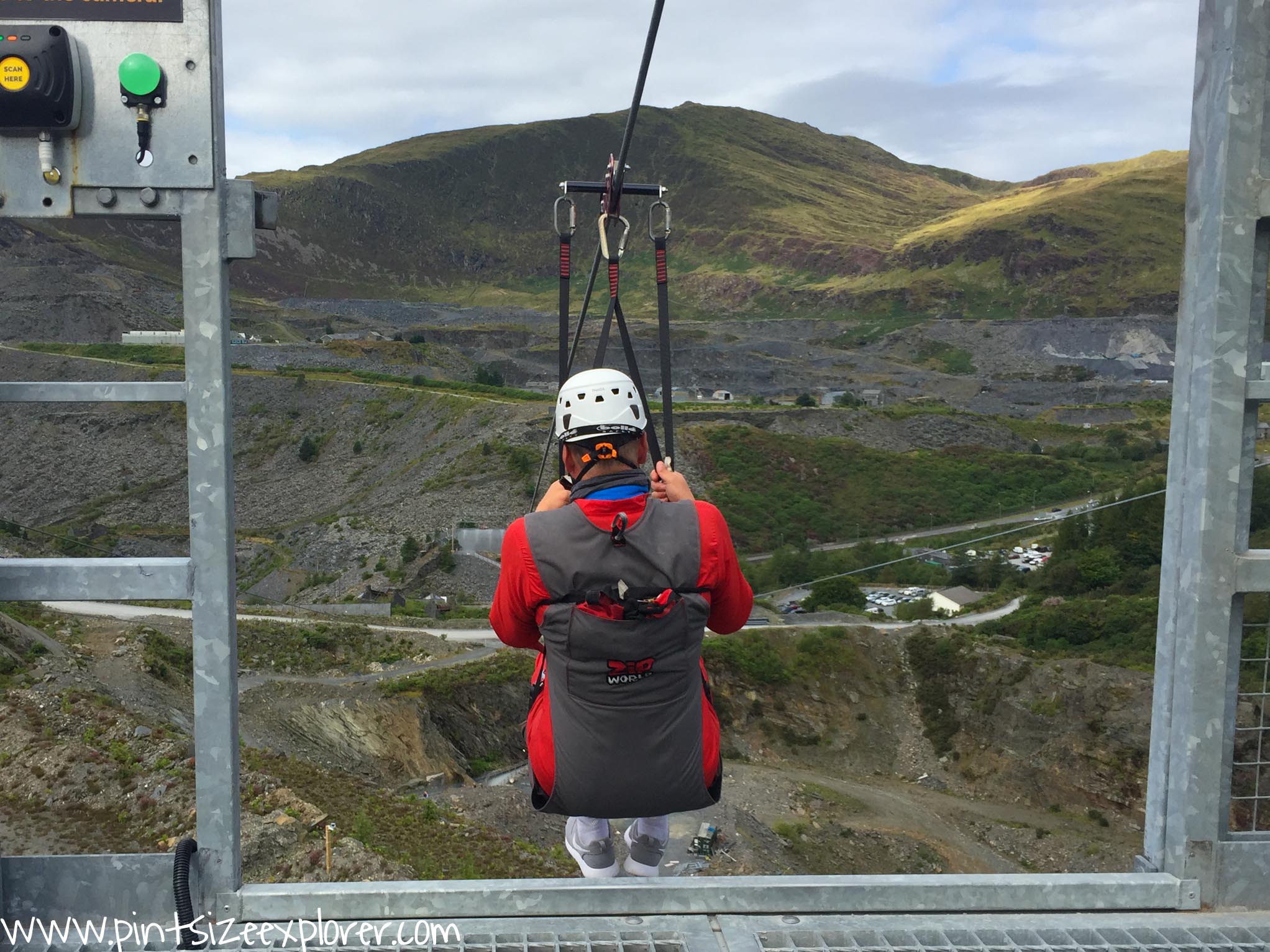 Once we arrived on site we made our way over to the reception desk to check in, pick up our wristbands, and get weighed. Your weight will be marked on your band, as the first run requires you to be over 60kg to ensure you make it the other side. You might spot some people with a parachute attached to their harness. Those are merely to ease off the speed for anyone over 110kg in weight who runs the risk of travelling too fast on the wires.

Over at the kitting-up area we were given a red onesie, a hard hat, goggles, and harness equipment. Once suited and booted, our group were given a briefing and then we were herded over to the Titan bus stop where we clambered onto a minibus that would take us up to the starting point. 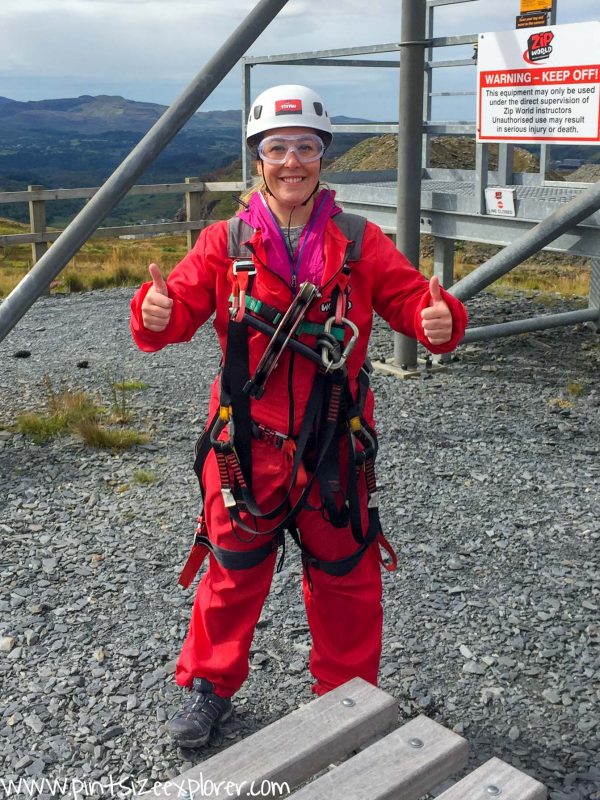 The first of our three ziplines was the longest, but also the slowest.  This is designed to ease people in. Despite this, you are also at the highest point of all three lines and quite frankly it was terrifying! I’ve done a number of ziplines before (including the highest in Central America), but when your starting platform is at such height, in wide open countryside, it gives a much more intense feeling. 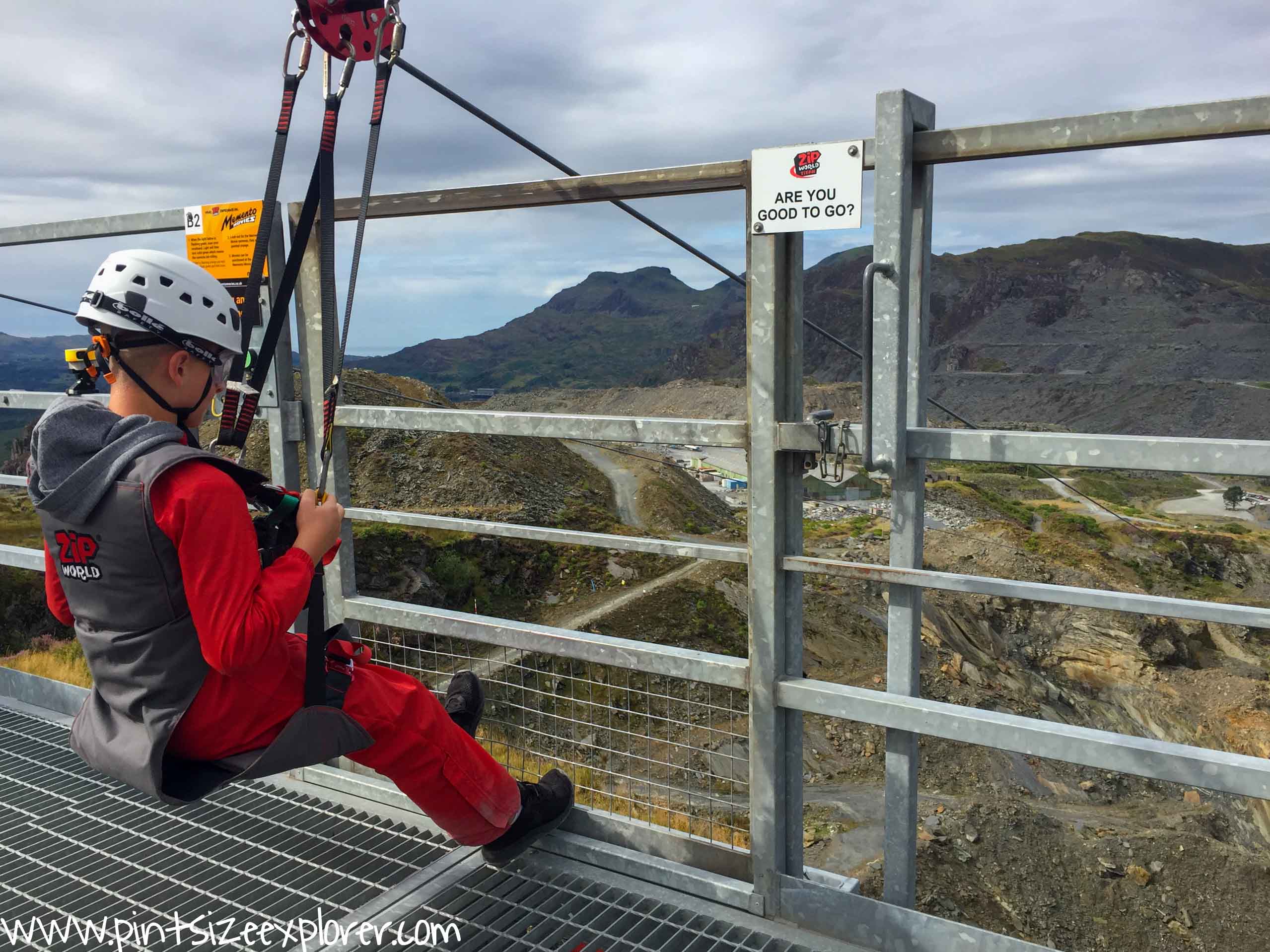 Along with Adam and two others, we were strapped and ready to go. I won’t lie, my legs began to tremble a little as we adopted the position ready for the safety gates to be released. On the count of three the gates were pulled aside to allow us to gently slide forward down the line.

With an incredible view out to the distant valleys, this line was epic, but it would have been much better if the gradient of the line was steeper to allow you fly down faster. 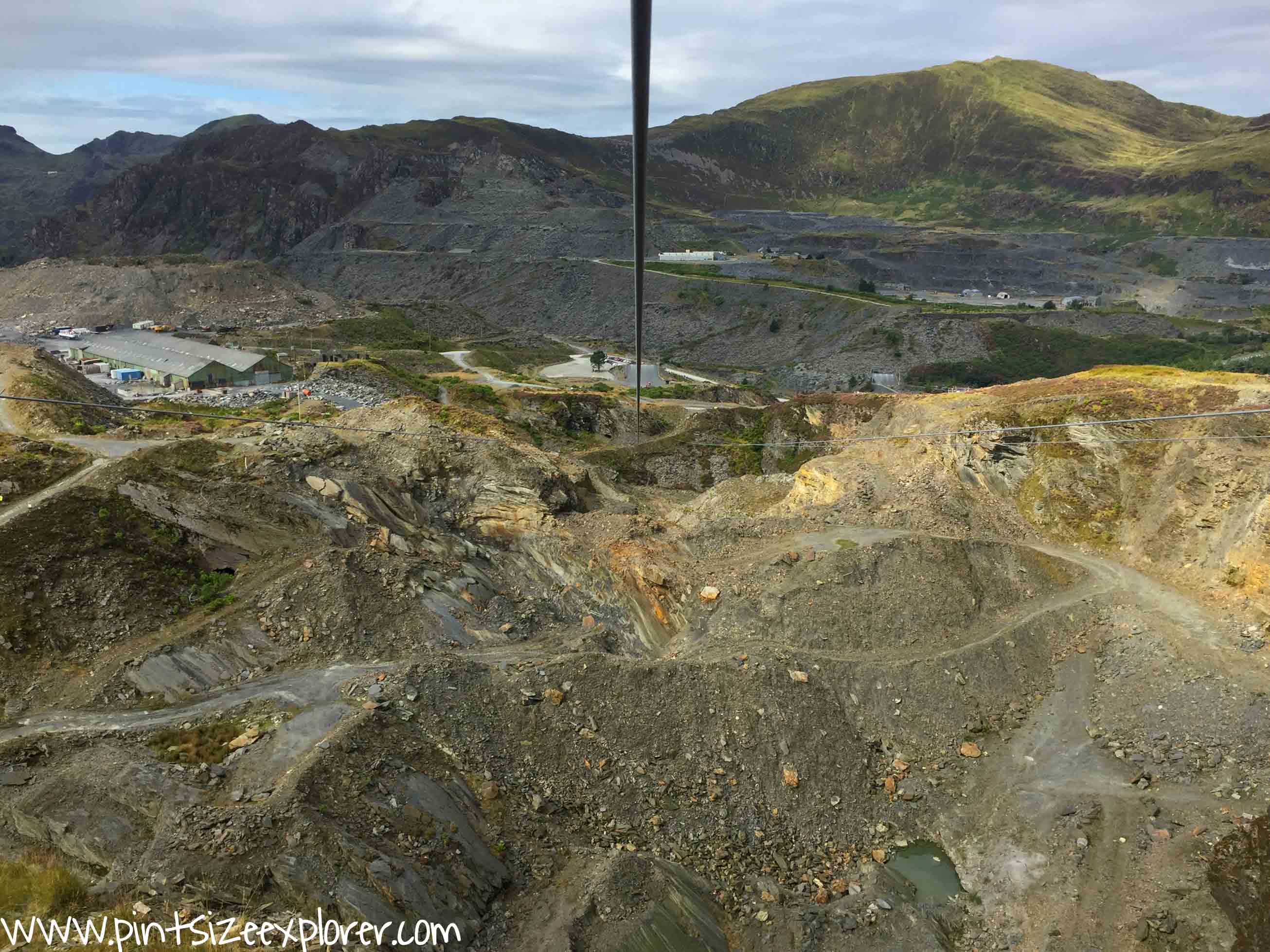 Our second line was shorter but faster. This was my favourite line! With the first line completed and now feeling much more confident, I was ready to go! We flew down this line much faster which meant we also crashed into the brakes at the end of the line with quite some force causing me to yelp out. There wasn’t a huge wait between lines, only two groups in front of us, but this gave us time to watch the zipliners in front of us set off. 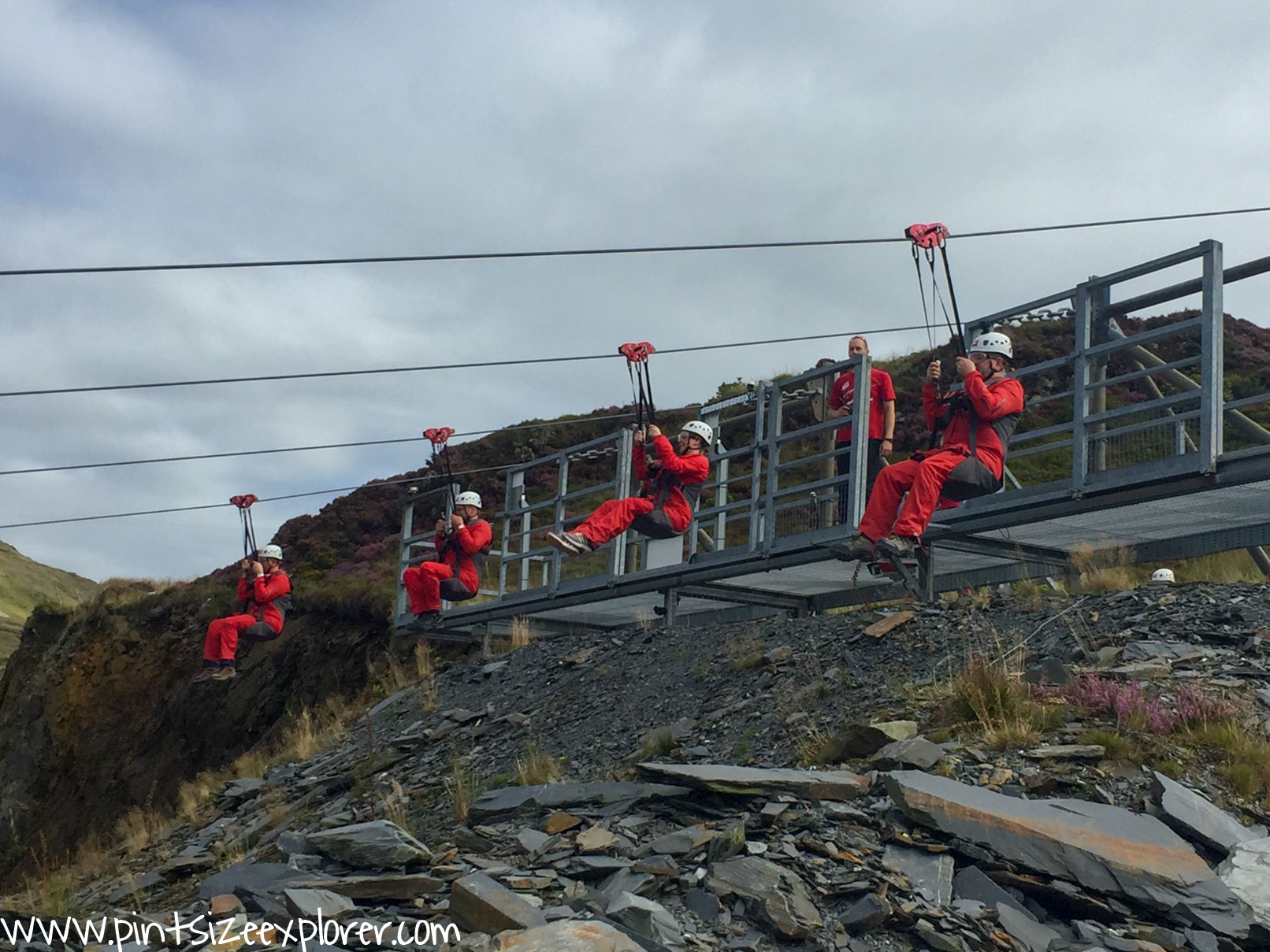 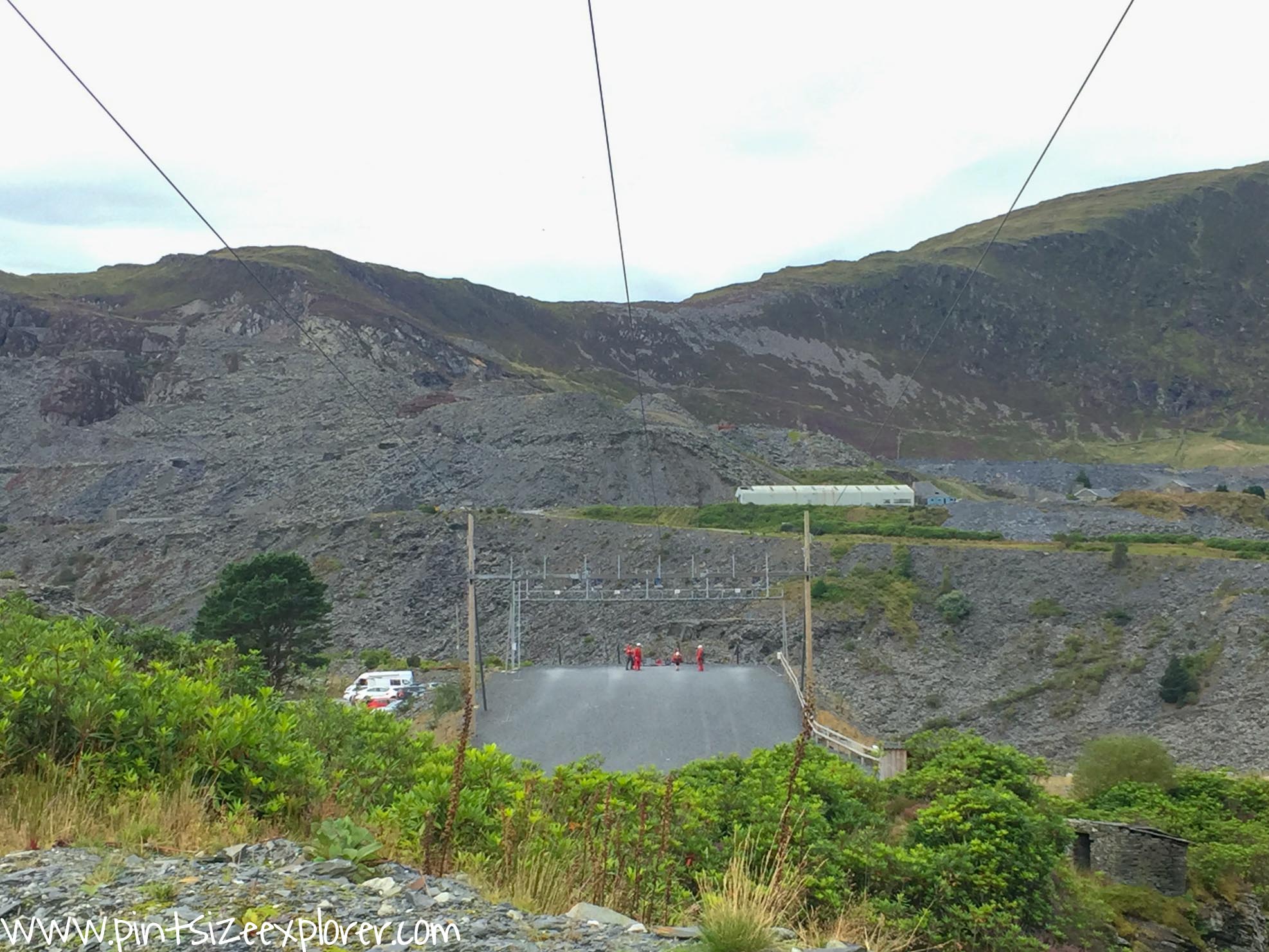 Our last line was shorter again and roughly the same speed as the Bravo line, however this line zipped you over the Zipworld campus. You could see everyone below you as we flew in to the finish line. 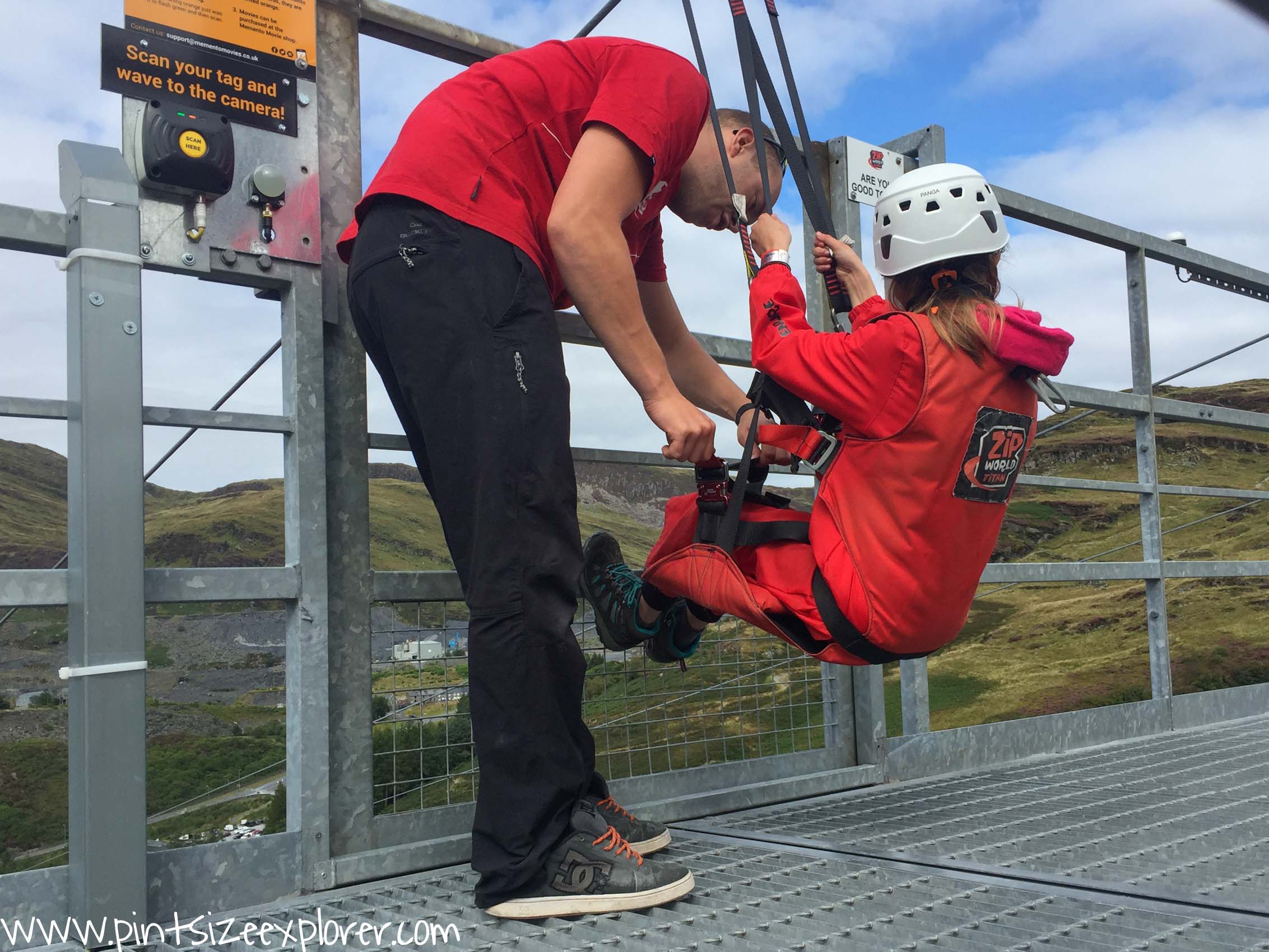 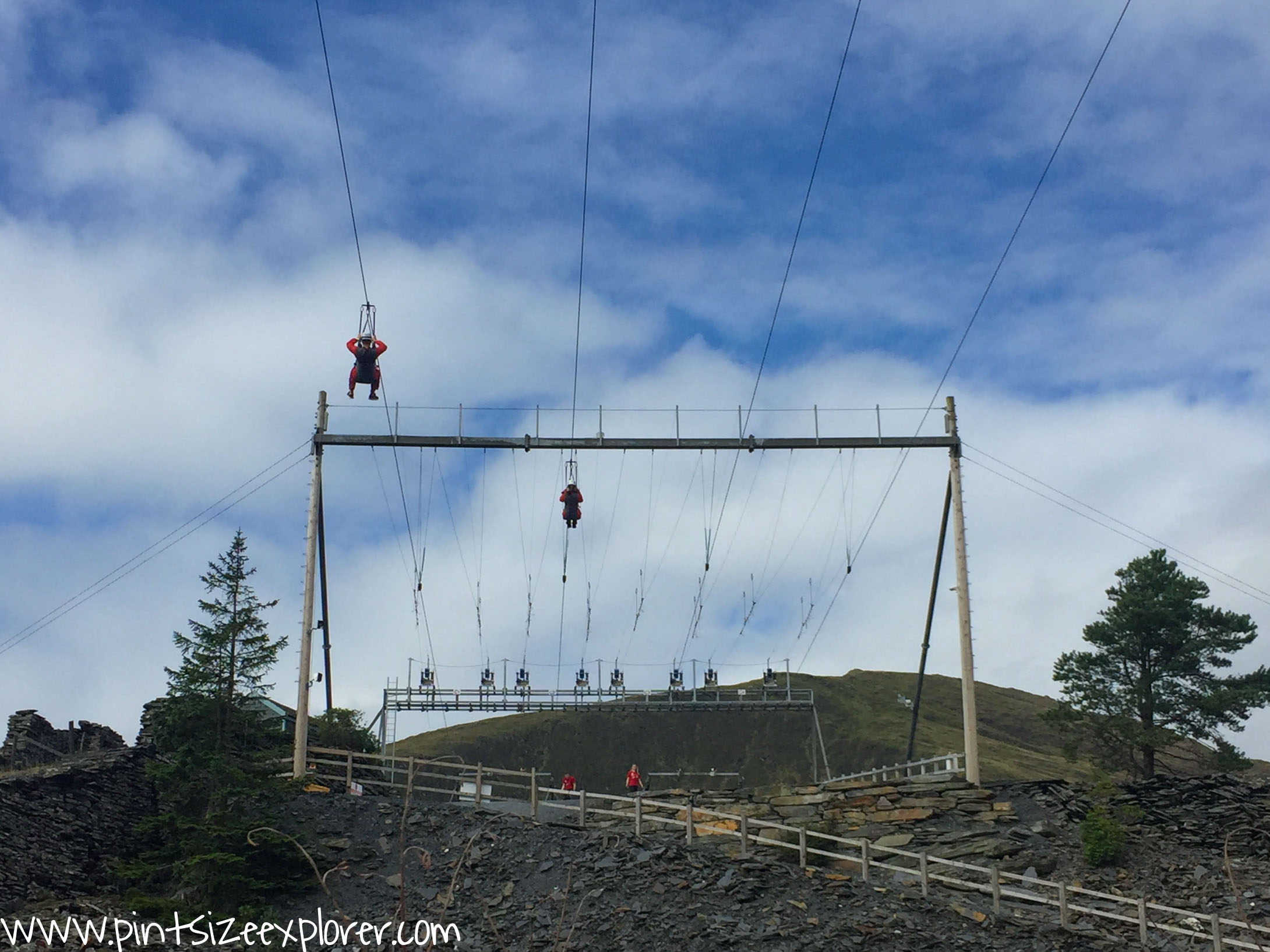 Want to see what it’s like to zoom over the quarry at such speed? Then check out our video below taken on our Akasa action camera!