9 Things You Should Know About Boracay

12 Things To Do On A Rainy Day In London

Typically as I start to write this post the sun is seeping in through the curtains, however it has been one horrible week full of rain and muddy puddles. As I’ve been thinking about the weekend and what plans we can make to keep ourselves busy, it’s made me think about some fun places I’ve seen and been to in London.

Have a read for some suggestions of things to do next time it’s raining outside. Hopefully there will be something of interest to you below! 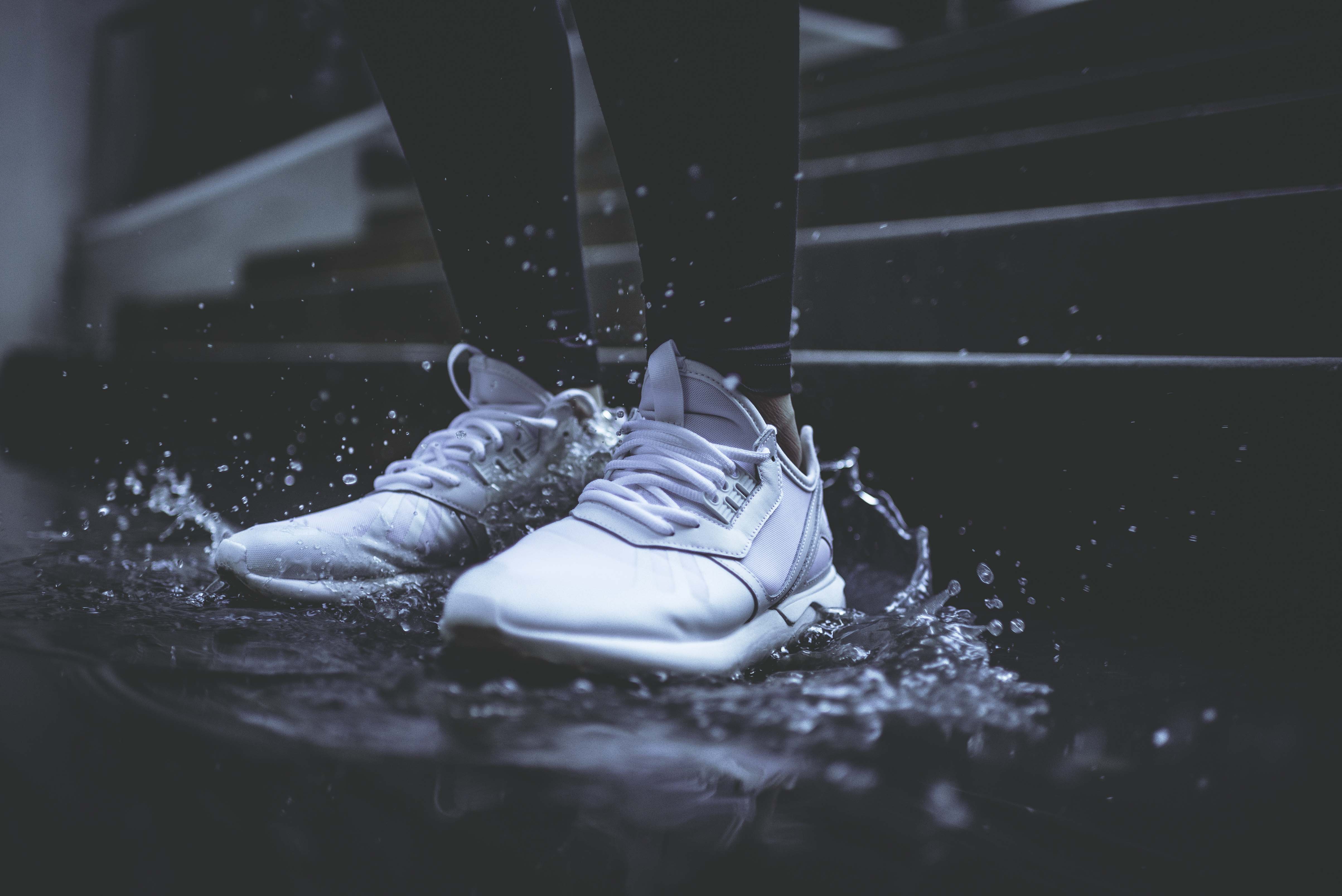 Photo by Dominik Martin on Unsplash

Bit of an obvious choice to start with, but let’s face it – if you actually live in London, then how often do you visit the many museums our great city has to offer? With so many choices you’ll have no problem finding something that suits your personal interests.

Anyone with an interest in modern art should check out The Tate Modern, one of London’s more contemporary museums. The Natural History Museum is well known for it’s ginormous dinosaur skeleton of a diplodocus (his name is Dippy!) who stands in the main hallway, but more importantly is also home to 80 million plant, animal, fossil, rock and mineral specimens. For something different, check out The Design Museum where you can learn about the history of contemporary design. Don’t miss the funky curved ceiling, also referred to as #culturevulture. 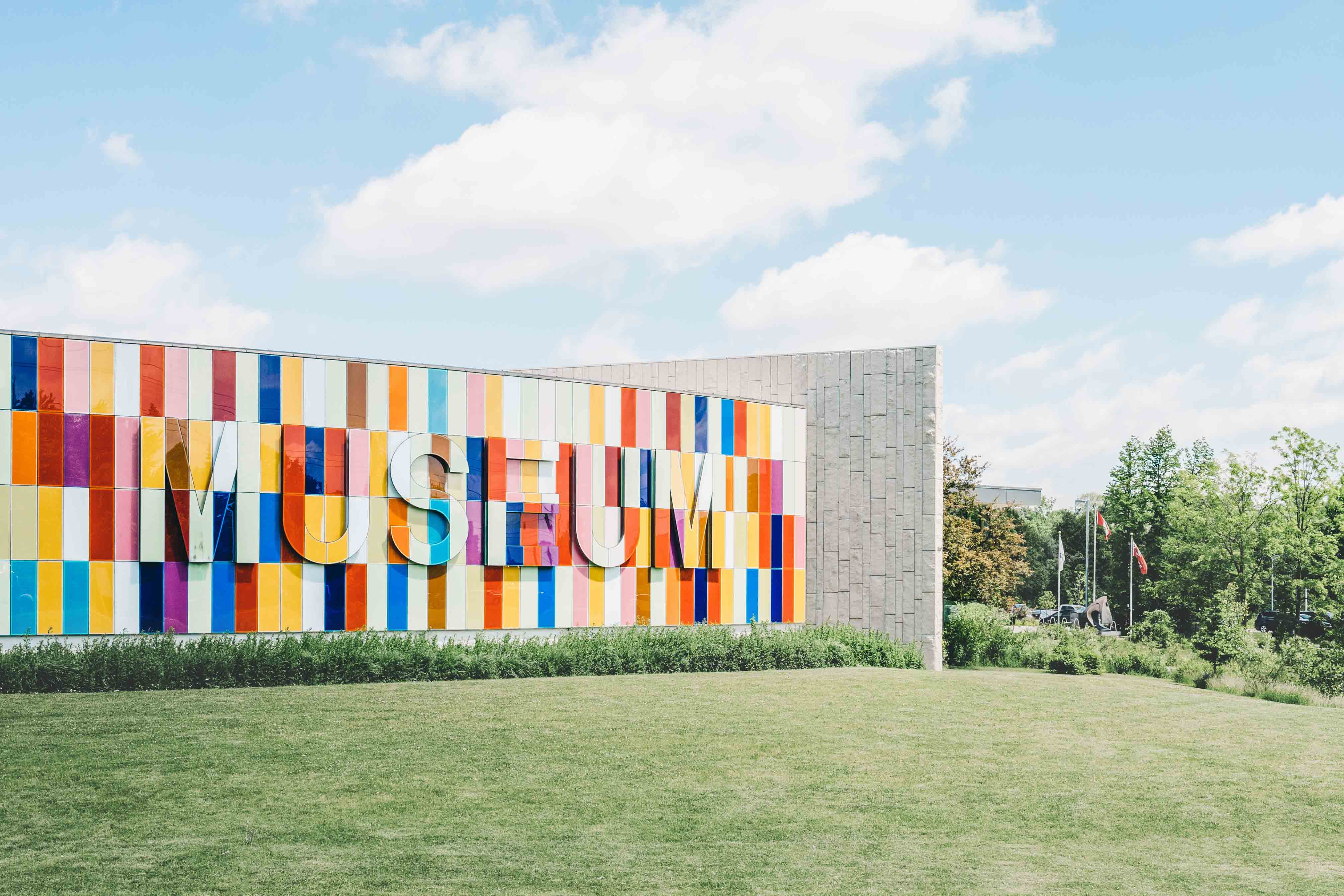 Photo by Scott Webb on Unsplash

If looking at lots of old stuff isn’t your thing, then how about an art gallery? Less mind boggling and more interesting if you were to ask me! The Barbican Art Gallery is home to an interesting mix of subjects ranging from photography and design, to several eye raising Turner prize winning artists. The Saachti Gallery focus on largely unseen works created by young, as well as international artists who rarely exhibit their work in the UK. My favourite exhibition is the annual Wildlife Photographer of the Year exhibit which is held at the Natural History Museum. Initially hosted in London, this exhibit then goes on to tour the World, so get a sneak peak before the rest of world! 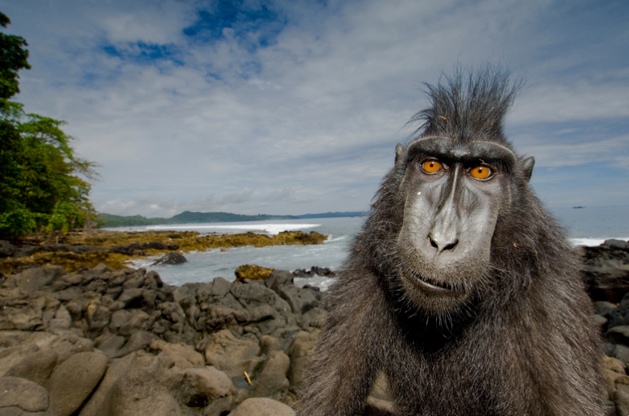 For some reason I never seem to justify treating myself to a relaxing massage when I’m at home, yet it’s top of my list to do when I’m on holiday. Two of my favourite London Spa’s are Cowshed and Champneys. Cowshed are owned by the Soho House Group, which means the majority of their spa’s are located within their fancy hotels. They do however have several London based salons in Primrose Hill, Carnaby Street, Clarendon Cross, and Selfridges. Champney’s own a number of Spa Resorts perfect for a weekend of relaxation and indulgence. If it’s just the one treatment you are looking to arrange, then check out one of their six City Spa’s just outside of London in locations such as St Albans, Chicester or Tunbridge Wells. 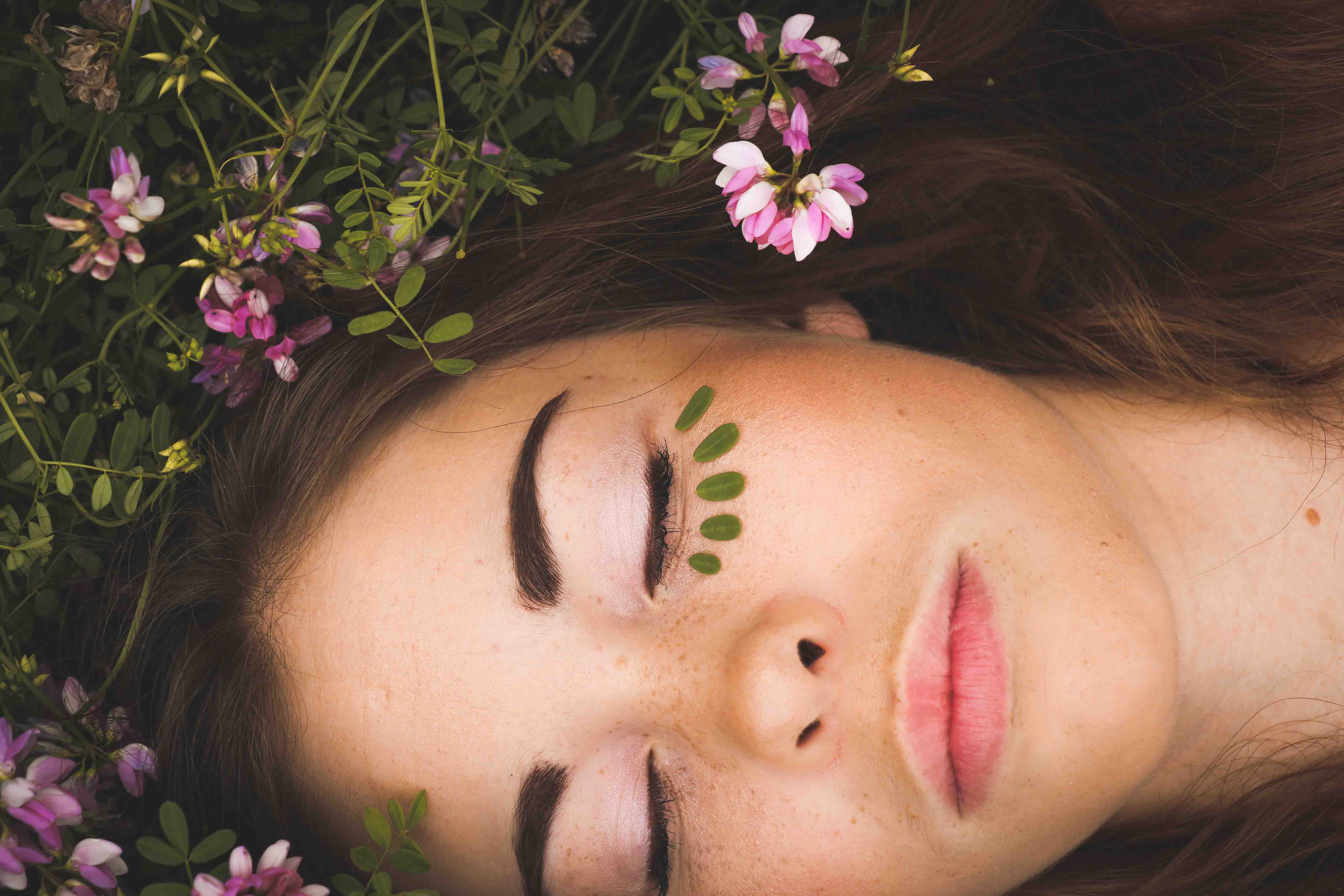 Photo by Sarah Gray on Unsplash

Head to Westfield Shopping Centre in either of their East London (Stratford City) or West London (Shepherd’s Bush) locations. Here you’ll find all the highstreet shops that you love, a wide choice of restaurants and food courts, as well as a cinema complex – all under one roof. Easily connected to London via the tube, both shopping centres can no doubt keep you busy for the day. 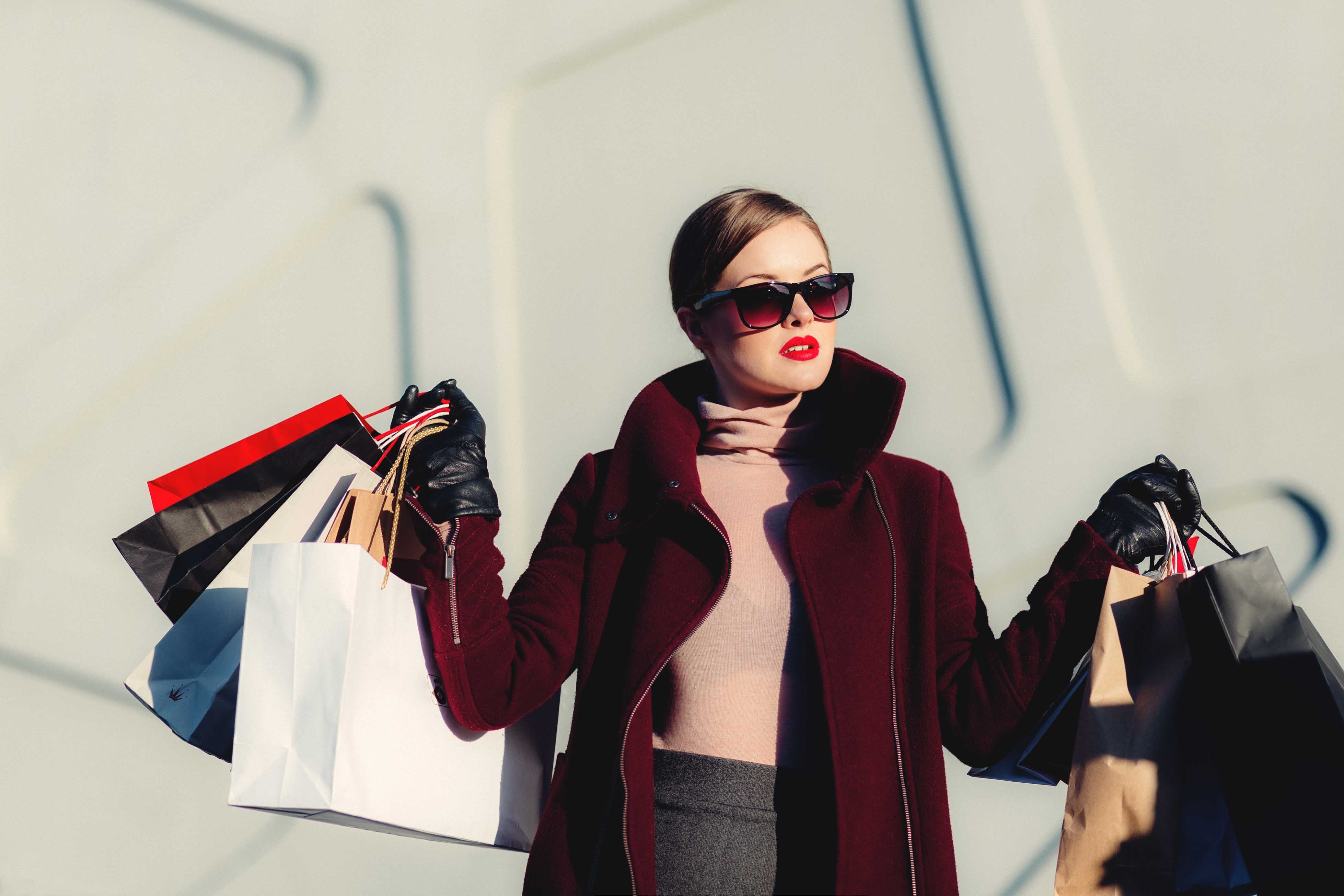 Photo by freestocks.org on Unsplash

How often have you treated yourself for a spot of afternoon tea? Probably never if you are like me – so why not change that! London is full of places that offer traditional or quirky afternoon tea’s. On my to-do list is to visit the Sanderson Hotel for their Mad Hatter’s Afternoon Tea. A little pricey at £48 per head, however this Alice in Wonderland themed tea is on point, right down to the details of the food and cocktails! How about trying their Chapter Two – The Pool of Black and White Tears cocktail, which is made from a mix of Zacapa 23yr old rum, Frangelico liqueur, vanilla syrup, fresh coffee finished with double cream. YUMMMM. 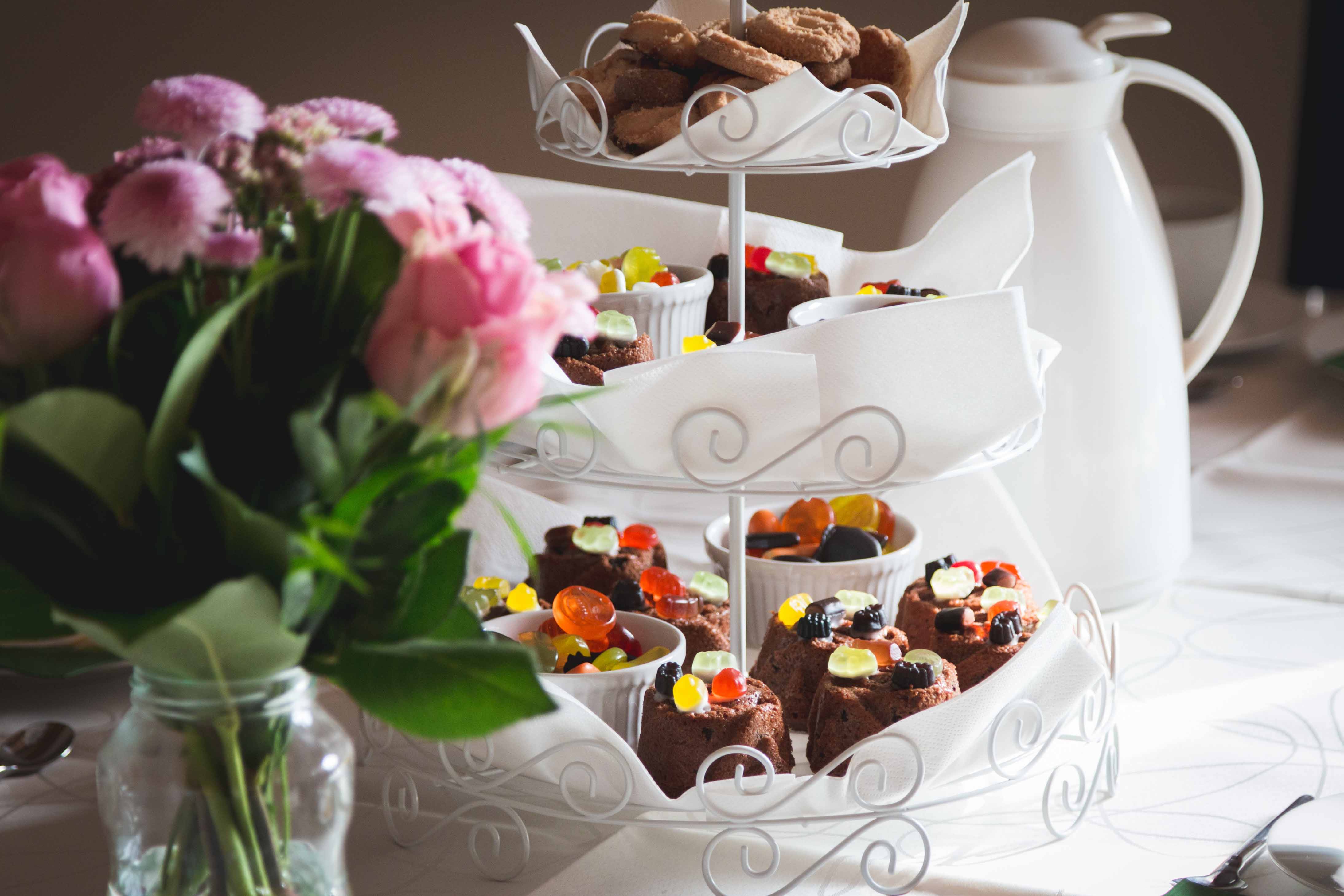 Photo by Lucas Alexander on Unsplash

Forget the rain outside and grab yourself a cocktail at this Miami Beach themed pop up cinema in South London. The Backyard Cinema have films scheduled to show until December, and there’s a good mix of serious and comedy films to choose from. The only umbrella you’ll need is the one for your cocktail, so grab a mate, pop on some flops and totally pretend you are on holiday! Laura and I are visited a back in September, so click here to read more about our visit to The Backyard Cinema! 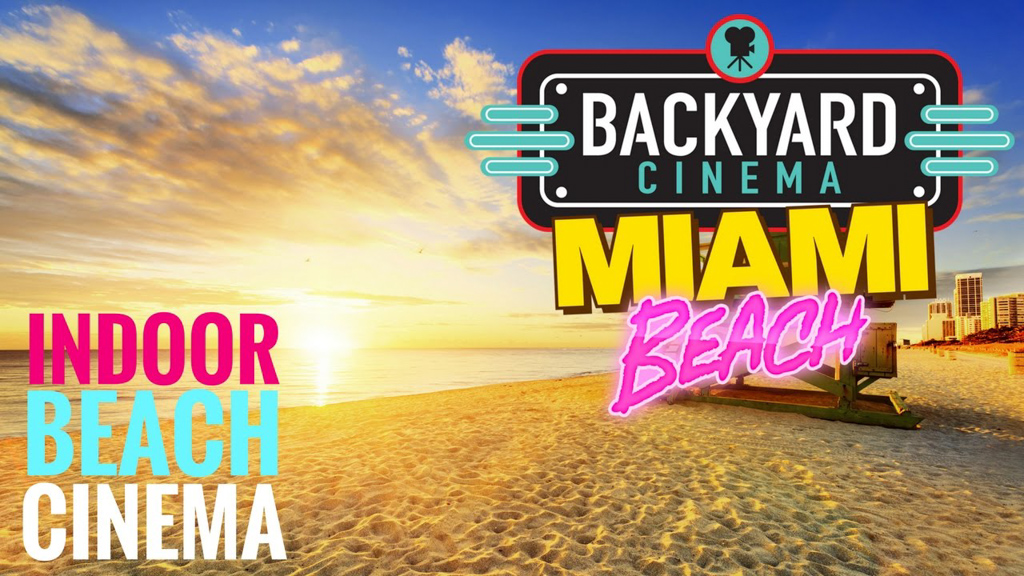 Don’t let your brain cells die of boredom with you – go be creative and do something different like join a workshop! Instantly this makes me think of Drink, Shop, & Do which is located in Kings Cross. This café by day, bar by night, also runs workshops throughout the year. I have visited before for a ‘Lionel Rich-Tea’ session where we had to recreate Lionel Richie themed rich tea biscuits – see what they did there? Currently there is lots going on such as Queen Crown Making (to celebrate old Queenie’s upcoming 91st birthday) and my personal favourite, Pimp Your Hip Flask (just because you can). 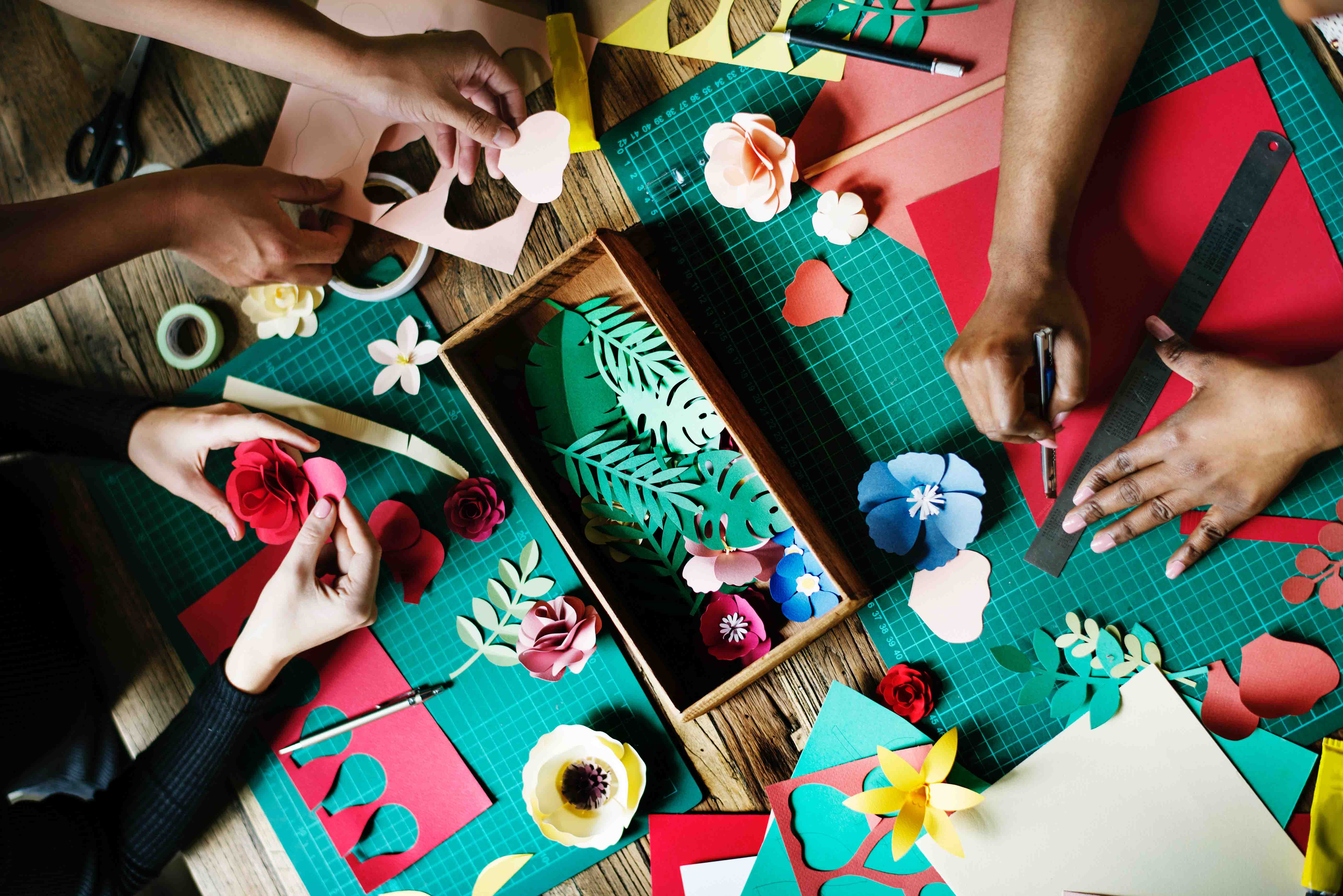 Photo by rawpixel.com on Unsplash

London’s most well know covered market is probably Spitalfields Market, which sells everything from clothes, to food and artwork. If you fancy visiting somewhere a little less touristy, check out the Greenwich Market which is home to over 150 stalls selling everything you can image. Both markets are indoors and have food courts on site so don’t eat beforehand! Real foodies should head to Borough Market instead to pick up some gourmet delights! 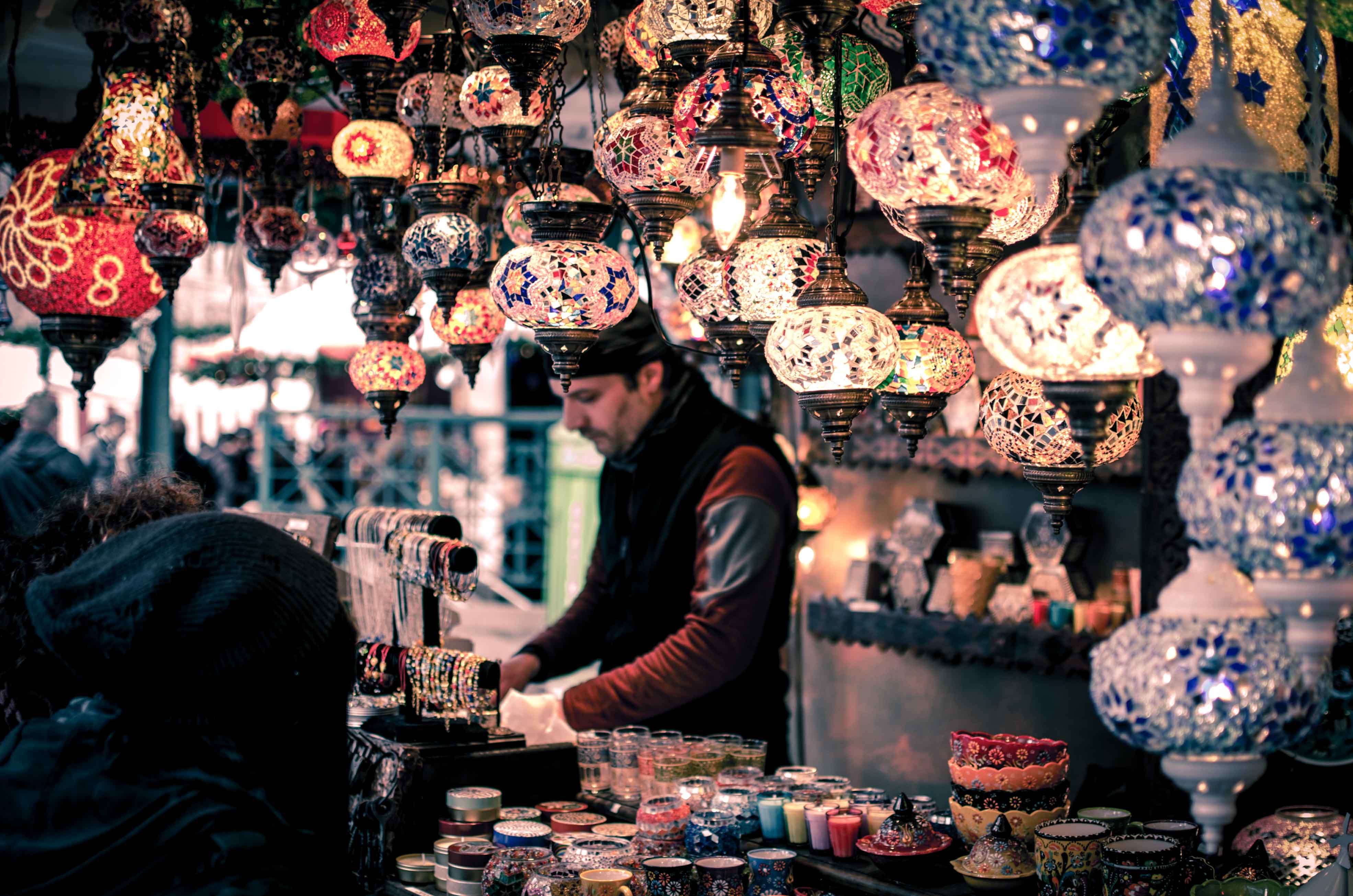 Photo by Wei Pan on Unsplash

Ping pong is making a come back, and it’s now cooler than ever! Head down to one of the two Bounce venues in Farringdon or Old Street, and prepare to battle it out to be crowned the best ping pong player among your friends! Book yourself a ping pong table by the hour, order some drinks at the bar, and get ponging! There’s a restaurant inside the venue, so you can stay on for a bite to eat afterwards. Just watch out for all the flying balls everywhere 🙂 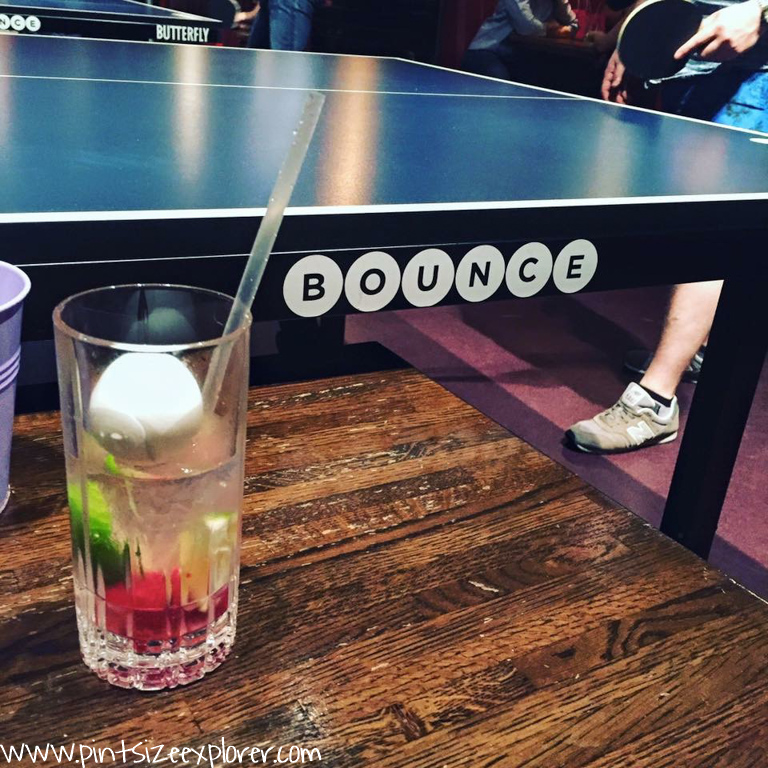 I’ve just moved to one of the villages outside Hemel Hempstead, and although I am going to suggest this, I haven’t actually had a chance to visit the dry ski slopes nearby us at The Snow Centre. This is going to have to go on my to-do list for a rainy day, but quite frankly I’m worried Adam might try and then convince me to actually go skiing for real – and that terrifies me! I am a walking accident (two words – volcano boarding) and this has disaster written all over it for me! 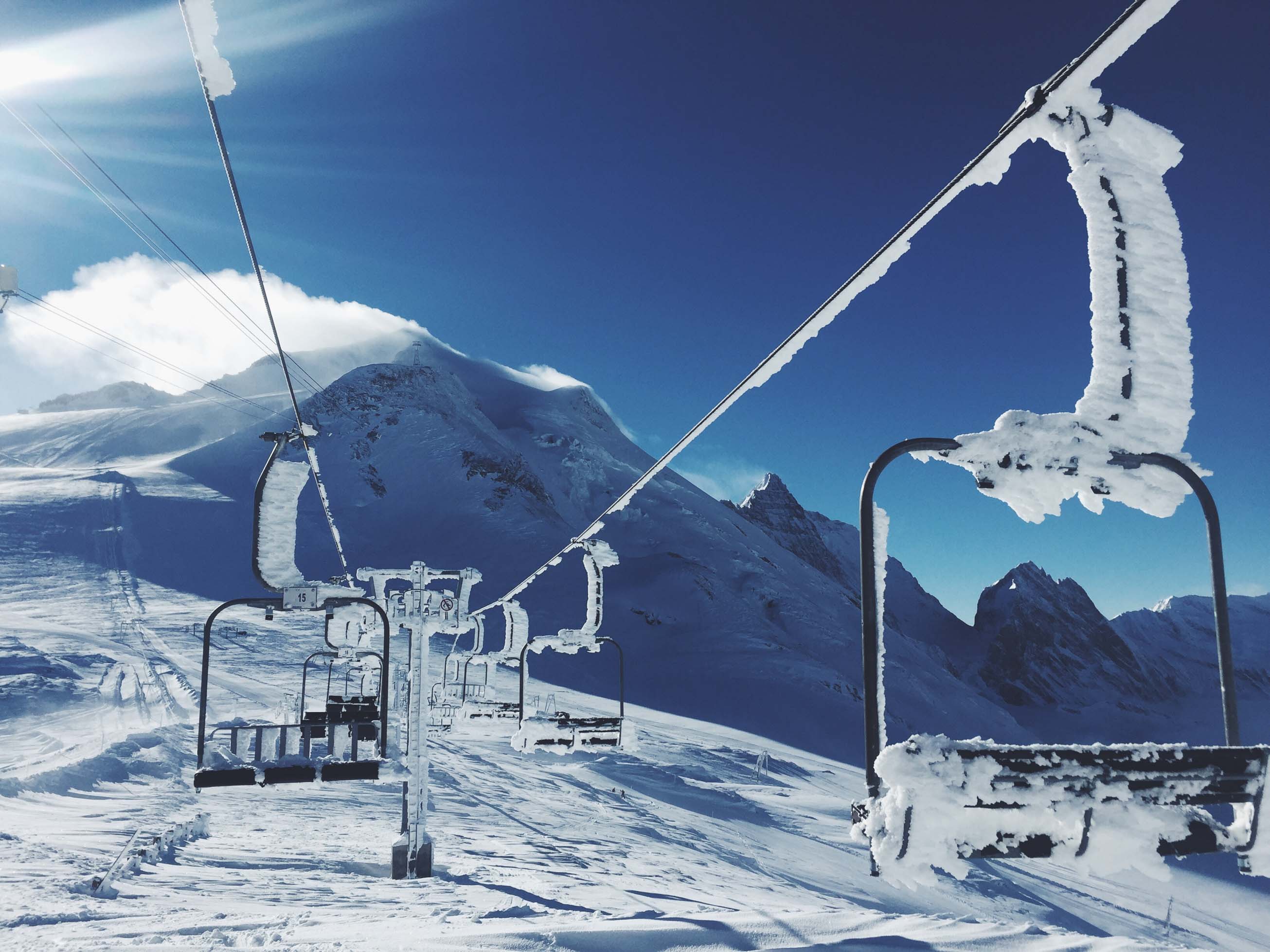 Photo by Rob Bye on Unsplash

Make the most of your time indoors and fill your face with lots of foodie goodness! One of my favourite places in London for brunch is Ping Pong – lots of yummy baskets of dim sum best shared with friends. Other favourites of mine include Dishoom, Caravan, and Chiltern Firehouse. If the day is set to be completely miserable, then opt for a boozy prosecco based brunch instead. All those bubbles will soon warm you up! 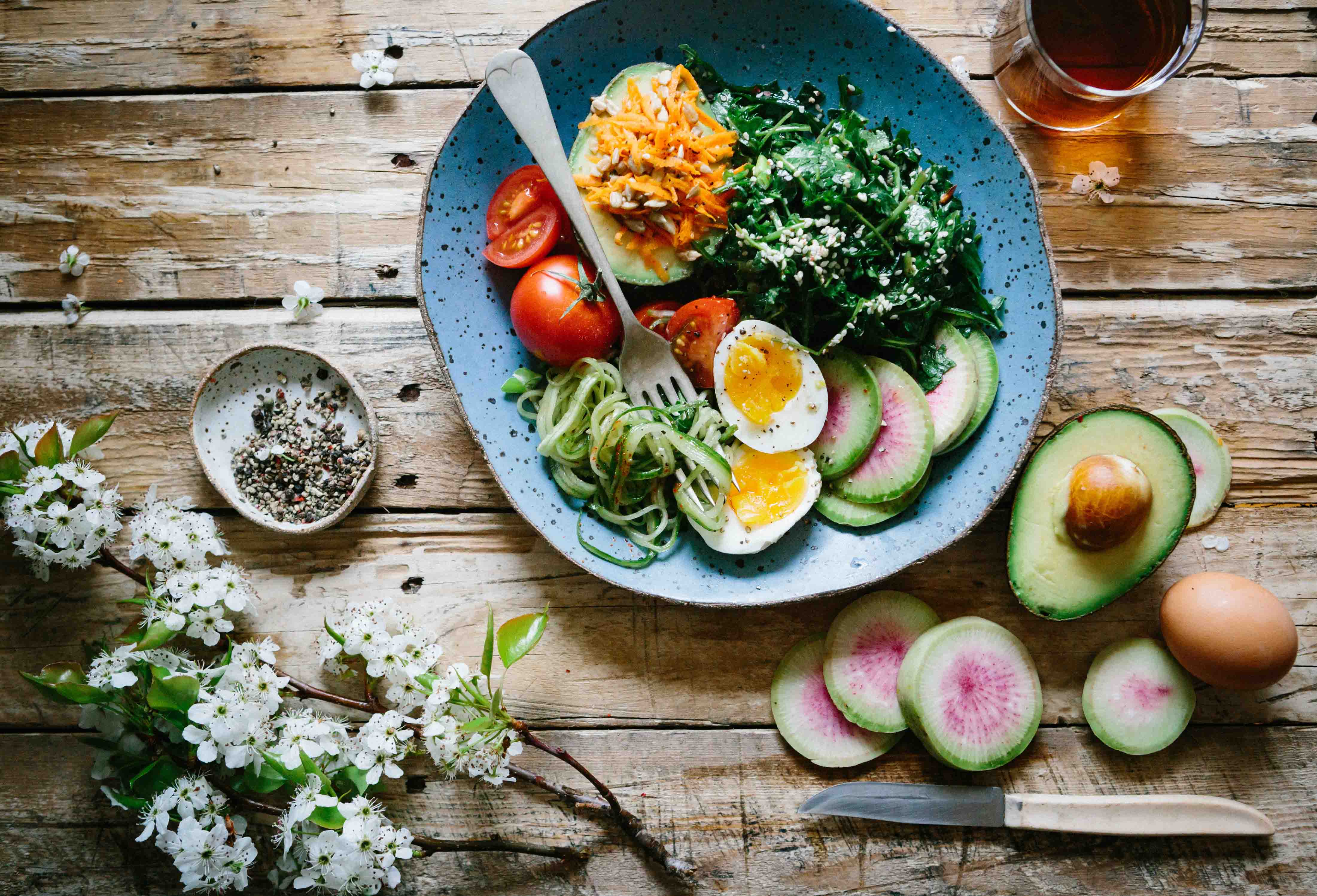 Photo by Brooke Lark on Unsplash

If you are going to get wet anyway, then why not embrace the water and go for a dip in the bathing ponds on Hampstead Health. There are separate men and women’s ponds which are actually the UK’s only lifeguarded open water swimming facilities! Who knew! Open everyday of the year, there is no excuse not to visit – although common sense would suggest to wait till the summer for a visit 🙂 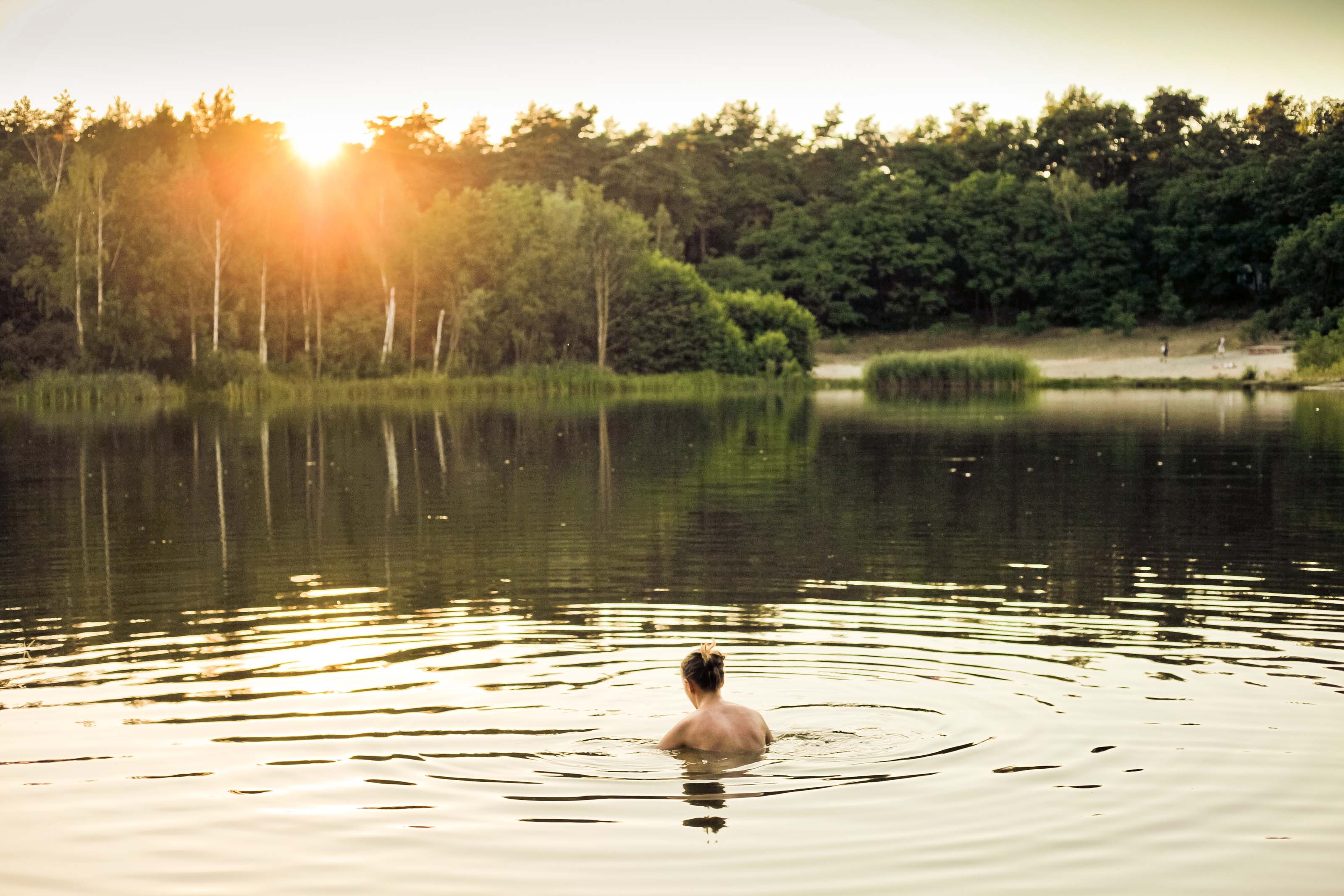 Photo by Antonina Bukowska on Unsplash