The Chiltern Hills, often referred to as just ‘The Chilterns’, is a countryside area just outside of London that cover 324 square miles of beautiful scenery, quaint markets towns and picturesque English villages. Having just moved out of London a few months ago, I’m loving that we have so much on our doorstep. This weekend Laura and Michelle were visiting, so we headed out to The Chilterns to visit The Feast On The Farm, a local food and drink festival at Peterley Manor Farm. 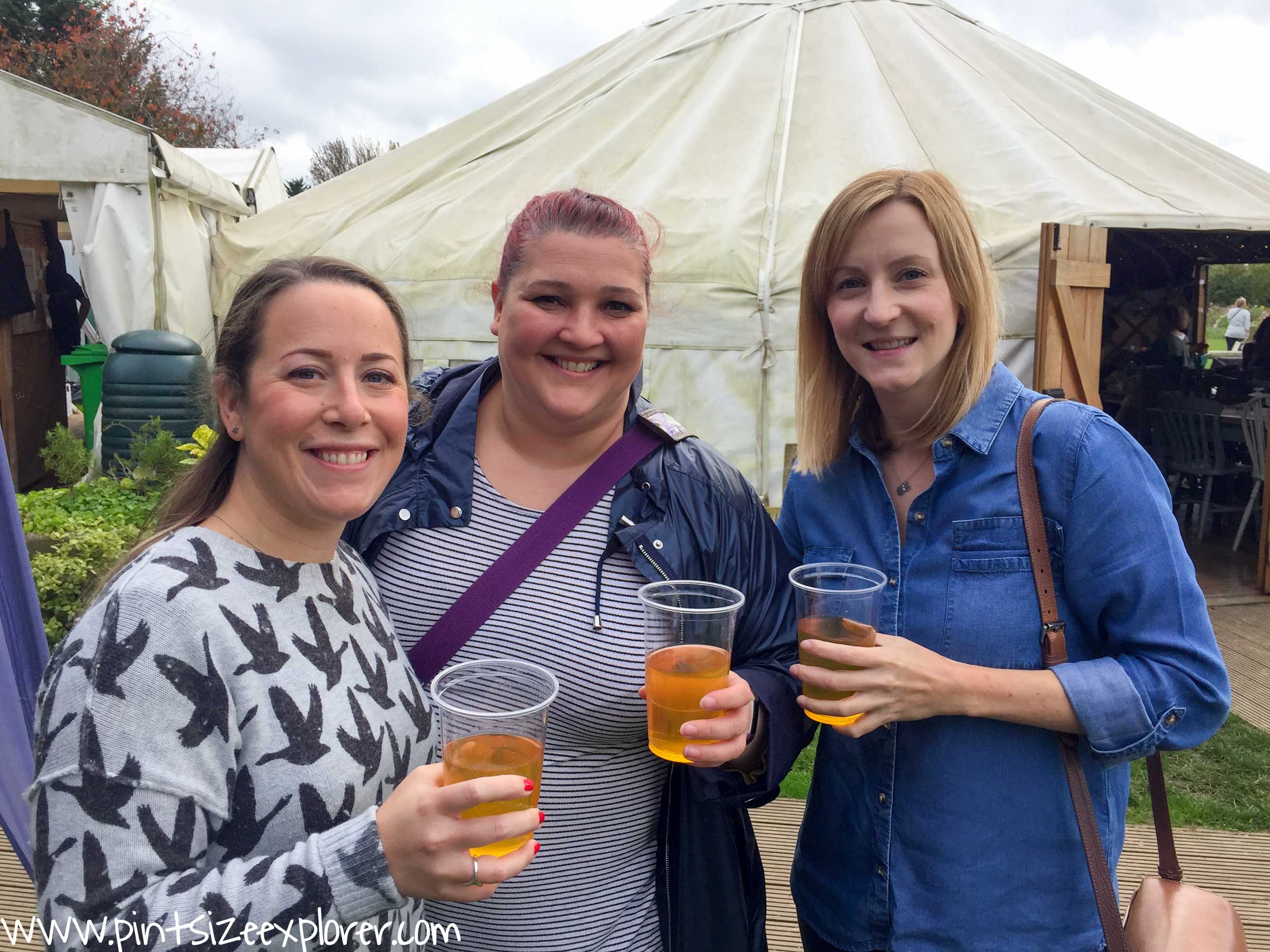 Offering a number of food stands, local produce for purchase, workshops, and stage presentations, the festival was a great chance to learn more about what The Chilterns has to offer. The Feast on The Farm Festival was a short weekend festival, only open for just two days on Saturday 14th and Sunday 15th October. Tickets cost £8.50 online or £10 on the door, and parking was available free of charge onsite. 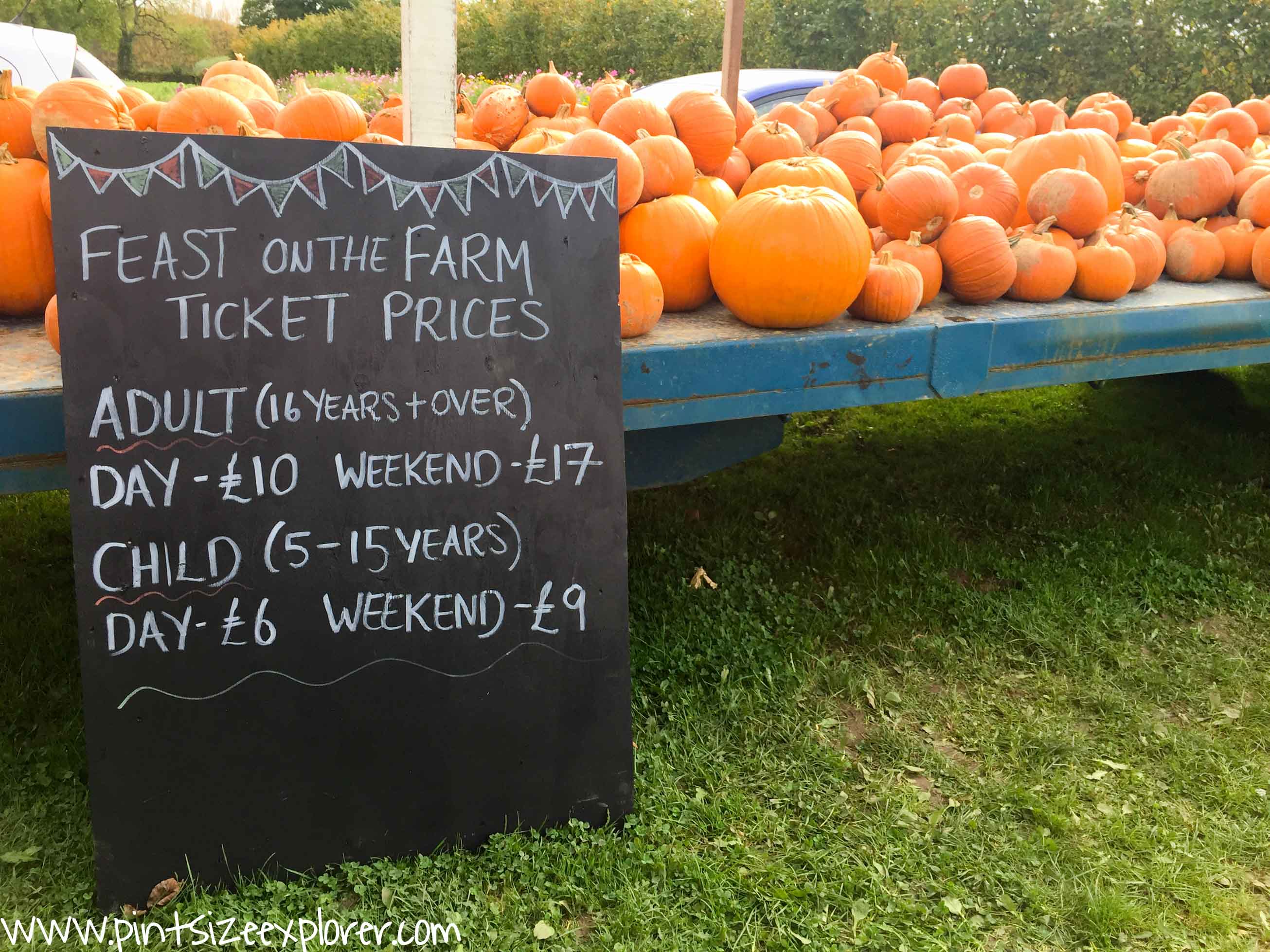 In addition to the weekend festival, the farm also hosted a pop up supper club in The Wild Strawberry Café on Friday 13th October, followed by a pop up cinema on the evening of Saturday 14th October, screening the British Comedy ‘Withnail & I’.

The festival was split between an outside Feast area and the Greenhouse, which hosted the workshops, talks, and produce stalls selling local goods. There was also a Farm Shop and a Nursery (of the plant variety) that was open as usual.

The Feast area had a collection of food stands where guests could pick up a bite to eat, grab a drink, and enjoy the sounds of two local musicians who were performing. Food stands included a very popular a middle eastern wrap stall, a toastie stall, an ice cream van, and a brewery wagon selling real ale and cider. A large yurt stood in the middle of the field. This was The Wild Strawberry Café, a yurt that had been transformed into very cute café with a very tempting menu! They also sold homemade drinks and cakes. 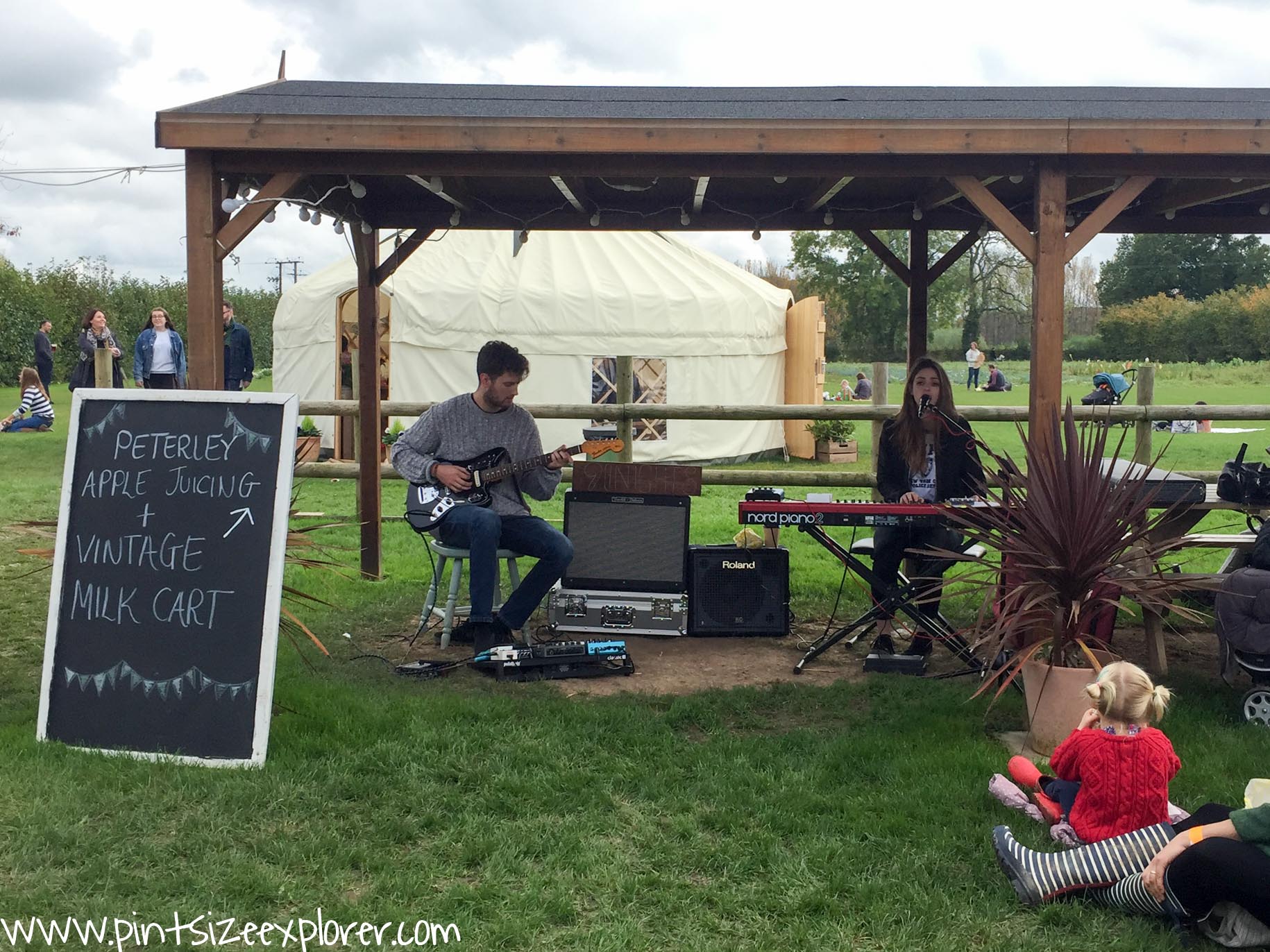 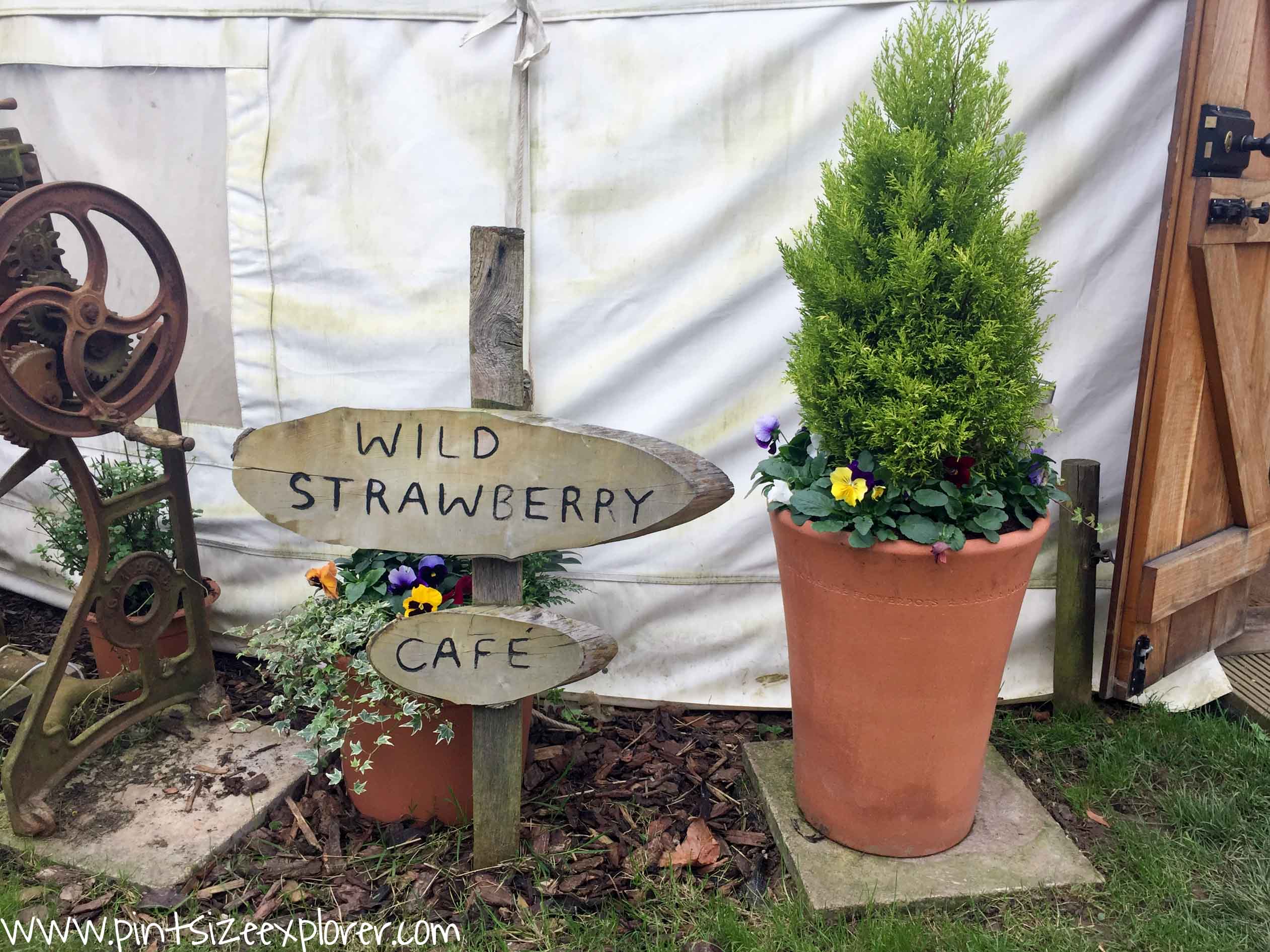 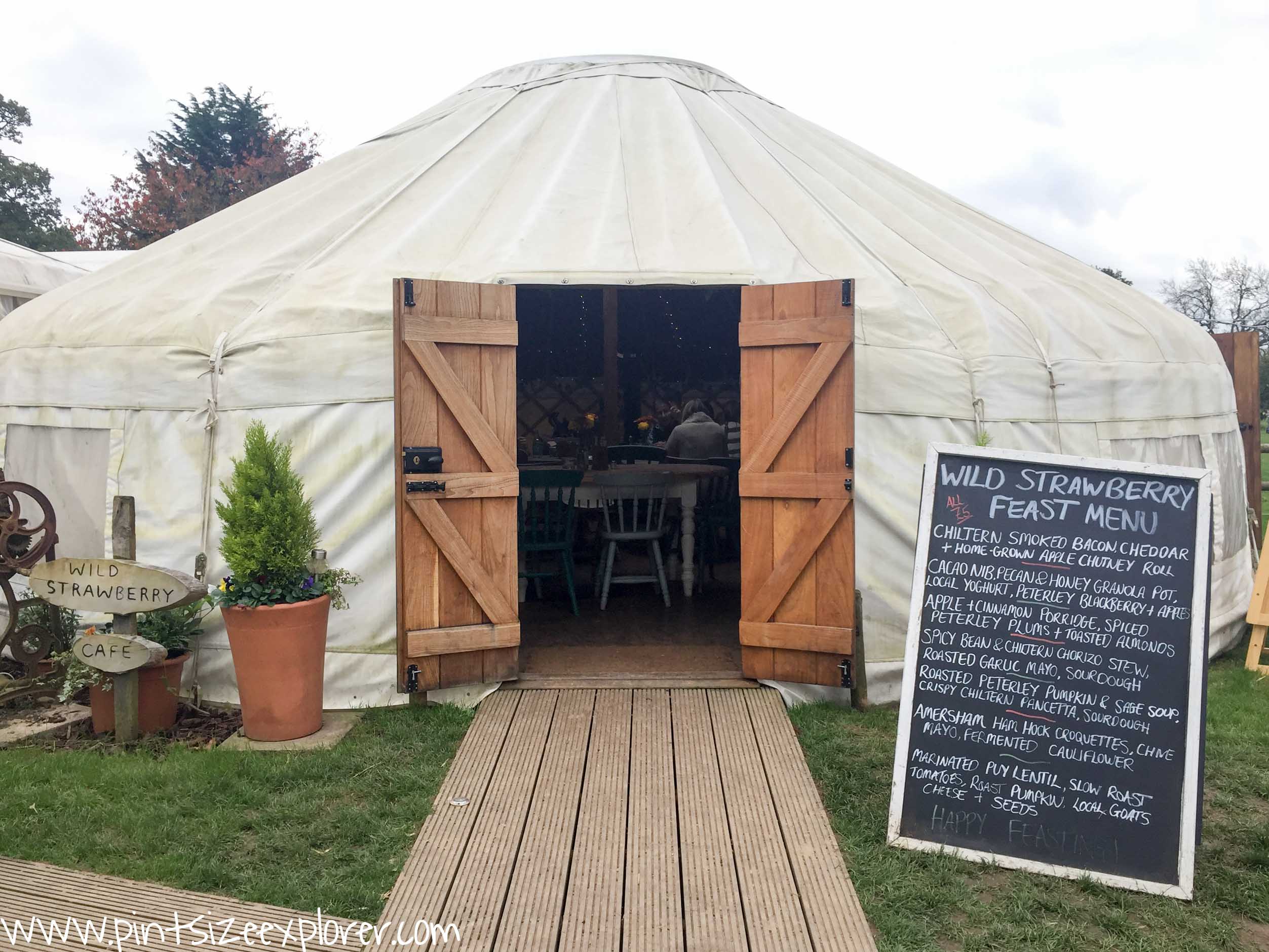 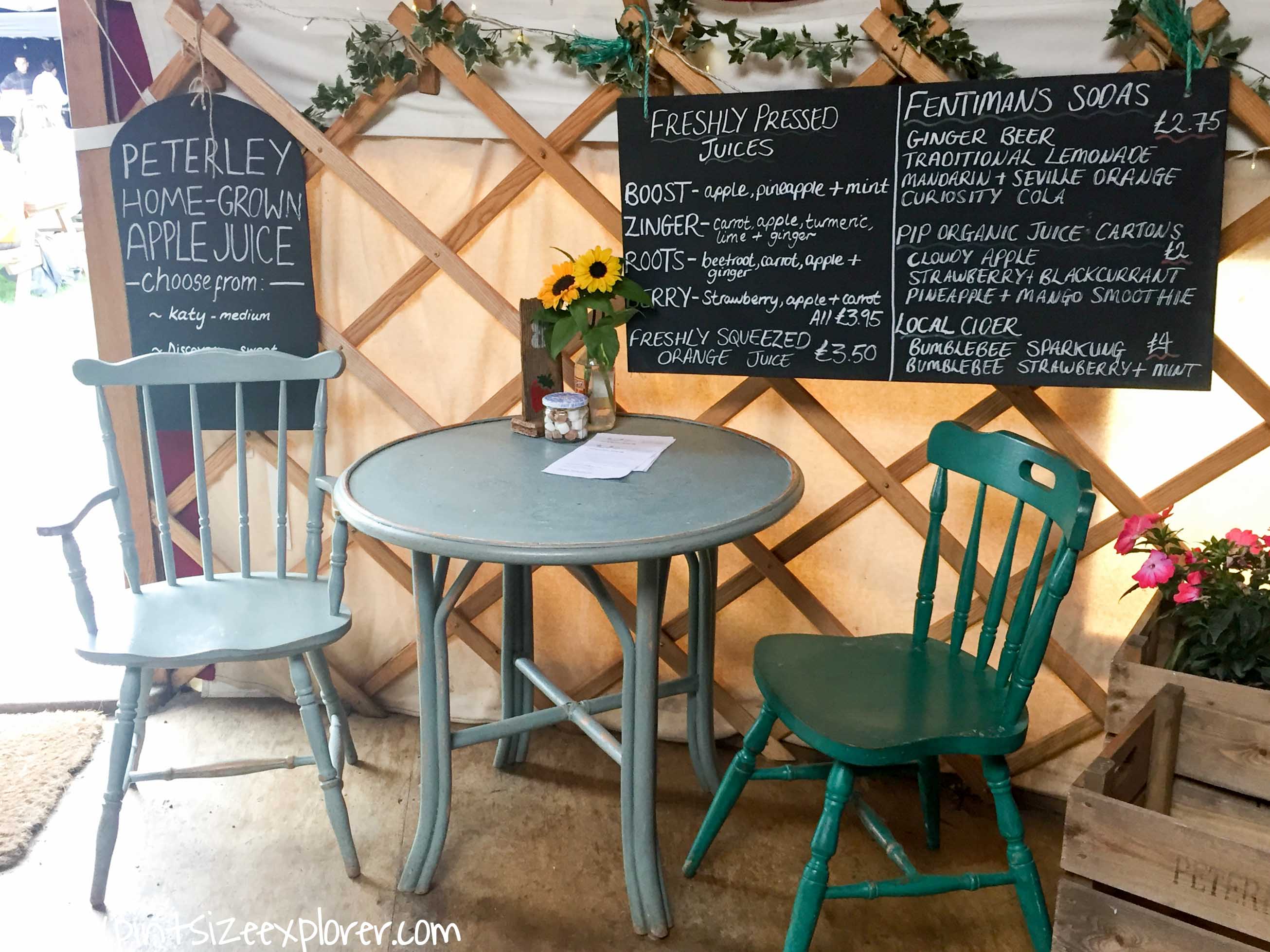 Once we had looked around the food stands, we headed over to The Greenhouse. Immediately as we walked in, we passed the workshop room where a Pasta Genius class was taking place. The workshops looked really good, but were sadly all fully booked. There was an earlier chocolate workshop that I regret not booking onto in advance, but never mind. Next time! 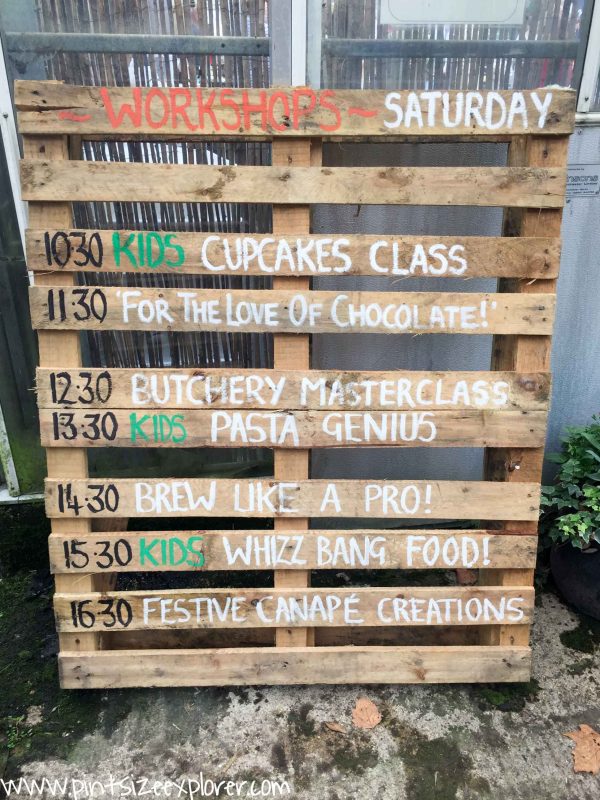 Any foodie would have loved this place. Whilst there weren’t that many stands, there were still enough to keep us interested. We loved a homemade chocolate stand where we all bought some hot chocolate discs. Dissolve two or three discs in hot water (or milk), for a more luxurious hot chocolate! We bought a choco orange and a choco and chili to try 😊 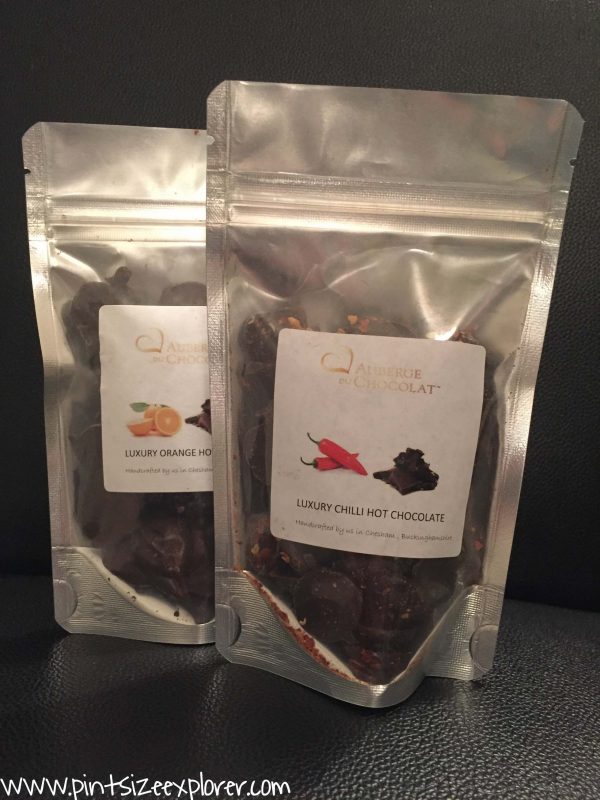 The smells from the Funky Elephant stand instantly caught our attention. This stall sold Indian and Caribbean inspired meat rubs and marinades, with tantalising smells wafting over from the cauldrons bubbling away on display, you could try before you buy. We tried and we buyed! 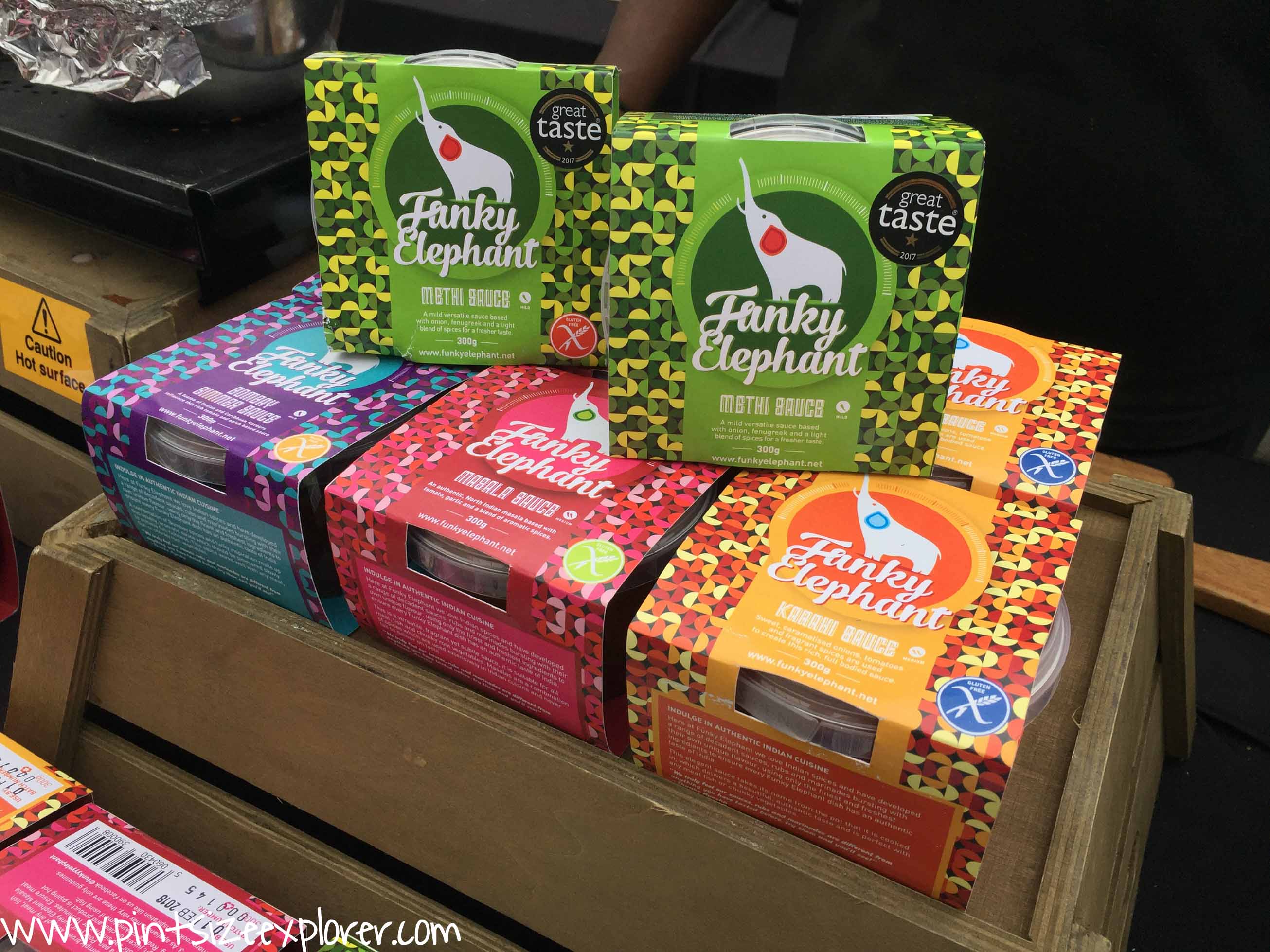 The Chilterns seem to love their gin, and there were a number of different gin stands at the festival, including Campfire Gin. I didn’t note the name of the other stands as I got distracted by what looked like a masterclass and tasting session being held by one stand that they were in the middle of hosting to a small group of people. 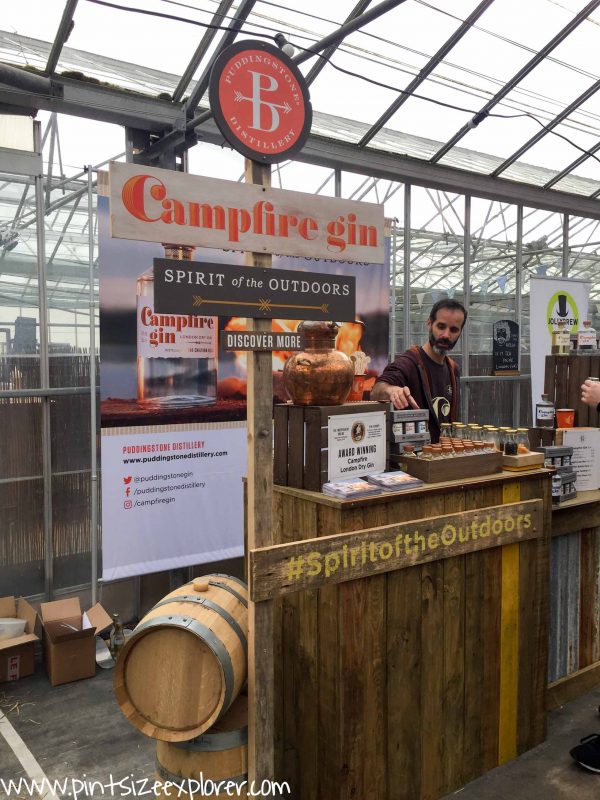 I think our favourite stand must have been Nanna’s Christmas Puddings. Greeted by a funny and cheerful man, he explained how his christmas puds were baked from an original recipe from his very own nanna! Michelle picked up one of these as a Christmas gift for her family. 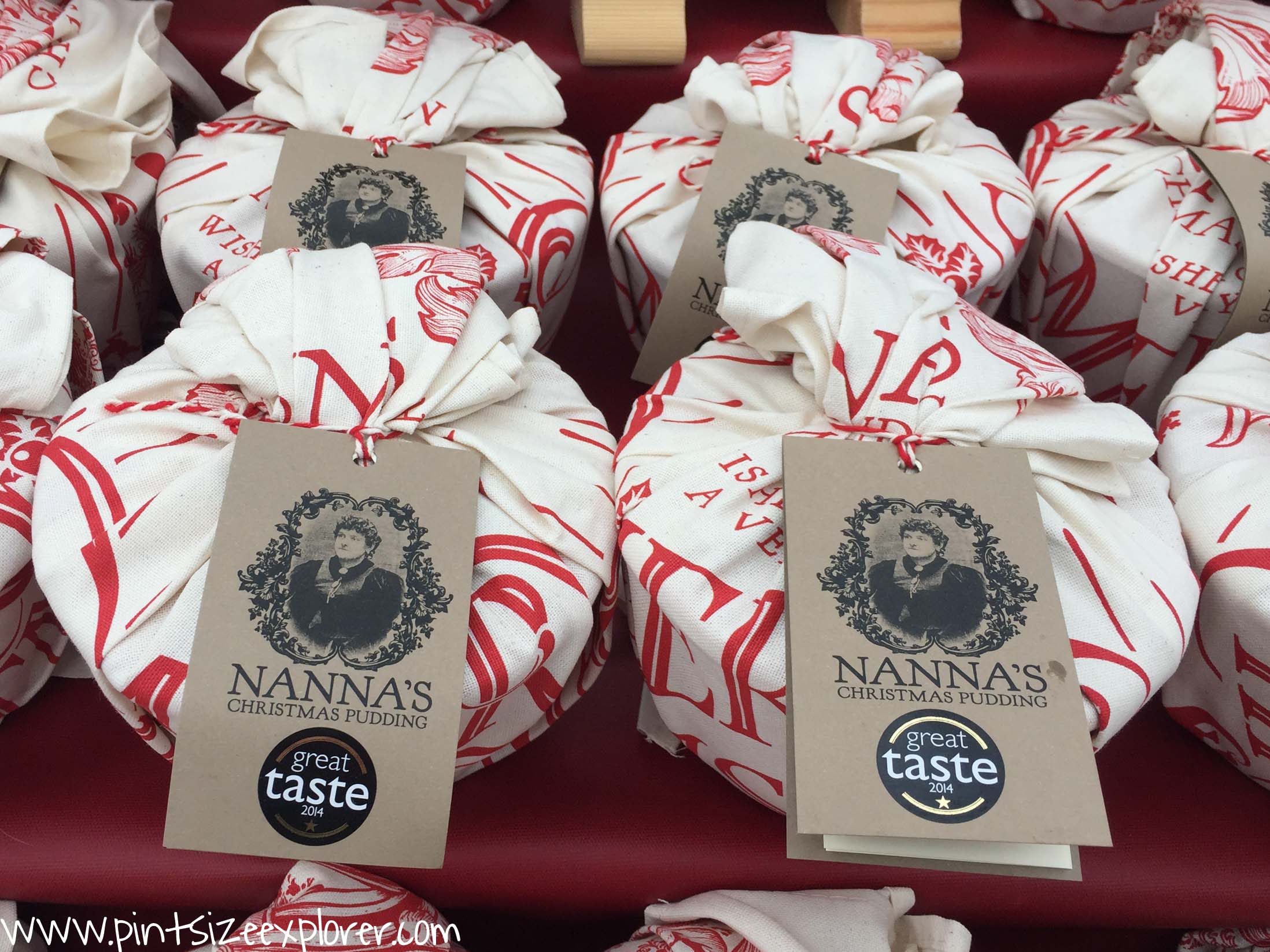 On the way out of the Greenhouse, we passed the stage area where six different demonstrations and talks were taking place throughout the day. Anyone could pop along to these, and there were several rows of hale bale seating for guests. I’m not so sure about the Art of Butchery talk, but thankfully we had already missed that one! 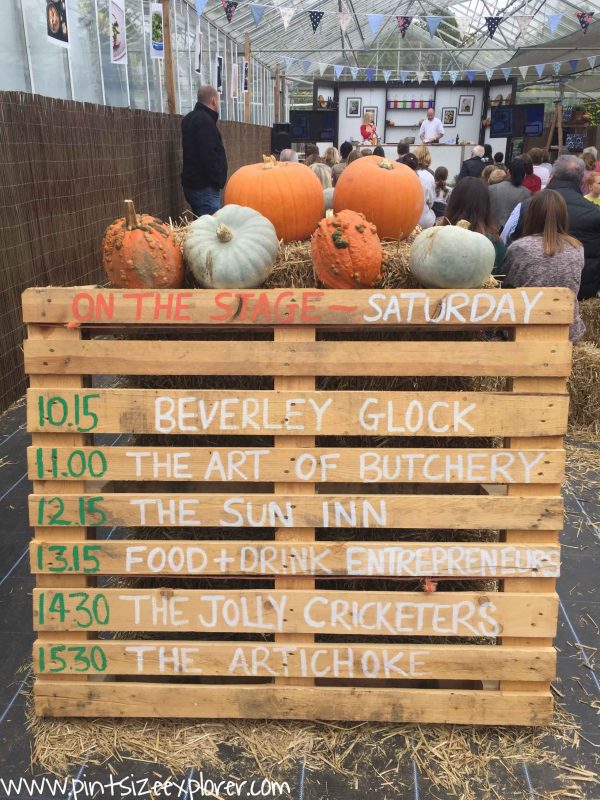 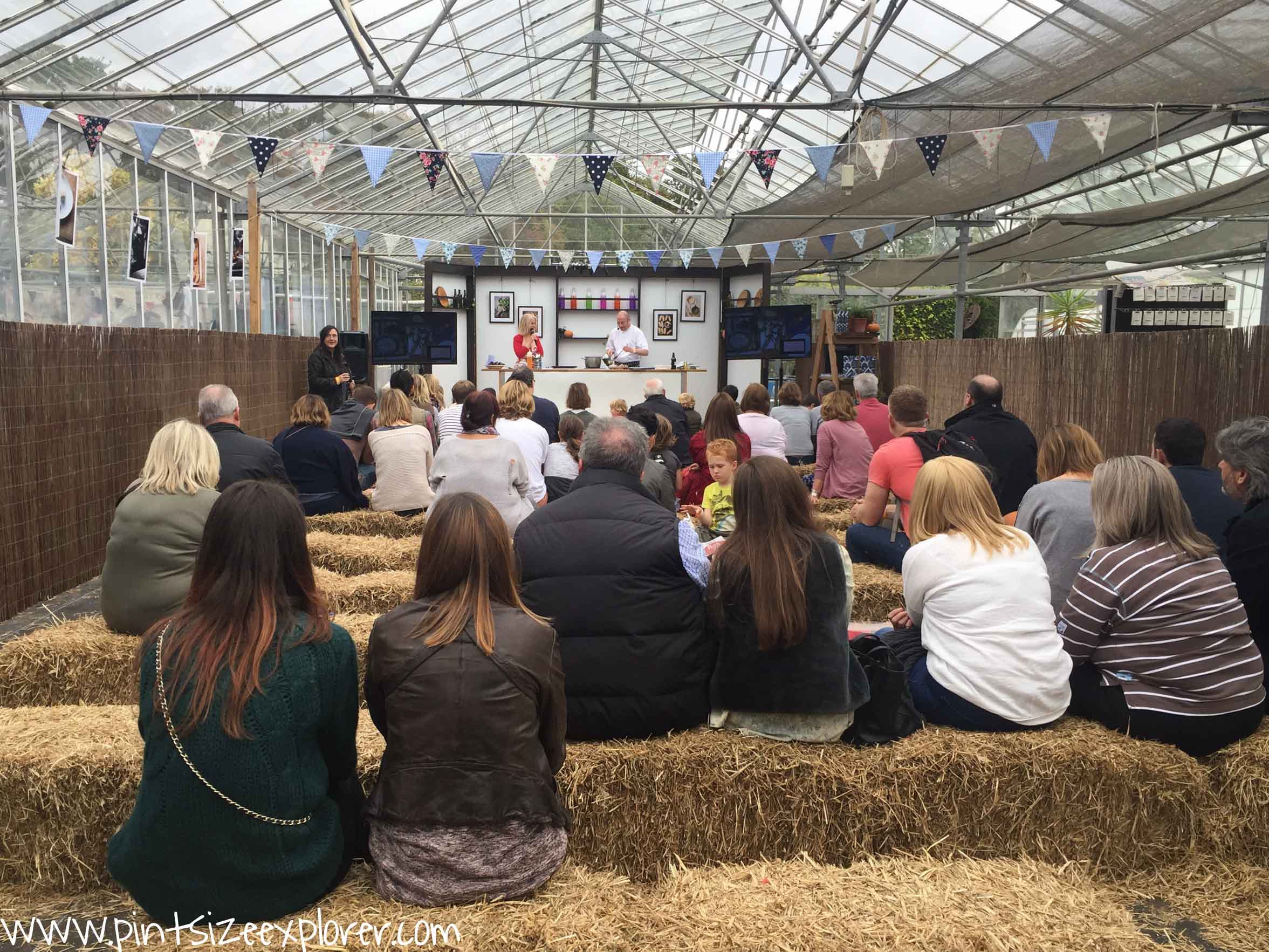 Just in time for Halloween, the Farm had a huge stack of pumpkins for sale. I did chuckle at their #PimpMyPumpkin sign, which encouraged everyone to share their pumpkin carving creations via their @PeterleyFarm or @PeterleyFarmManor tags. The winner would win a £10 voucher to be spent in the Farm Shop. I’ll have to check out the tags in a fortnight once Halloween comes around. 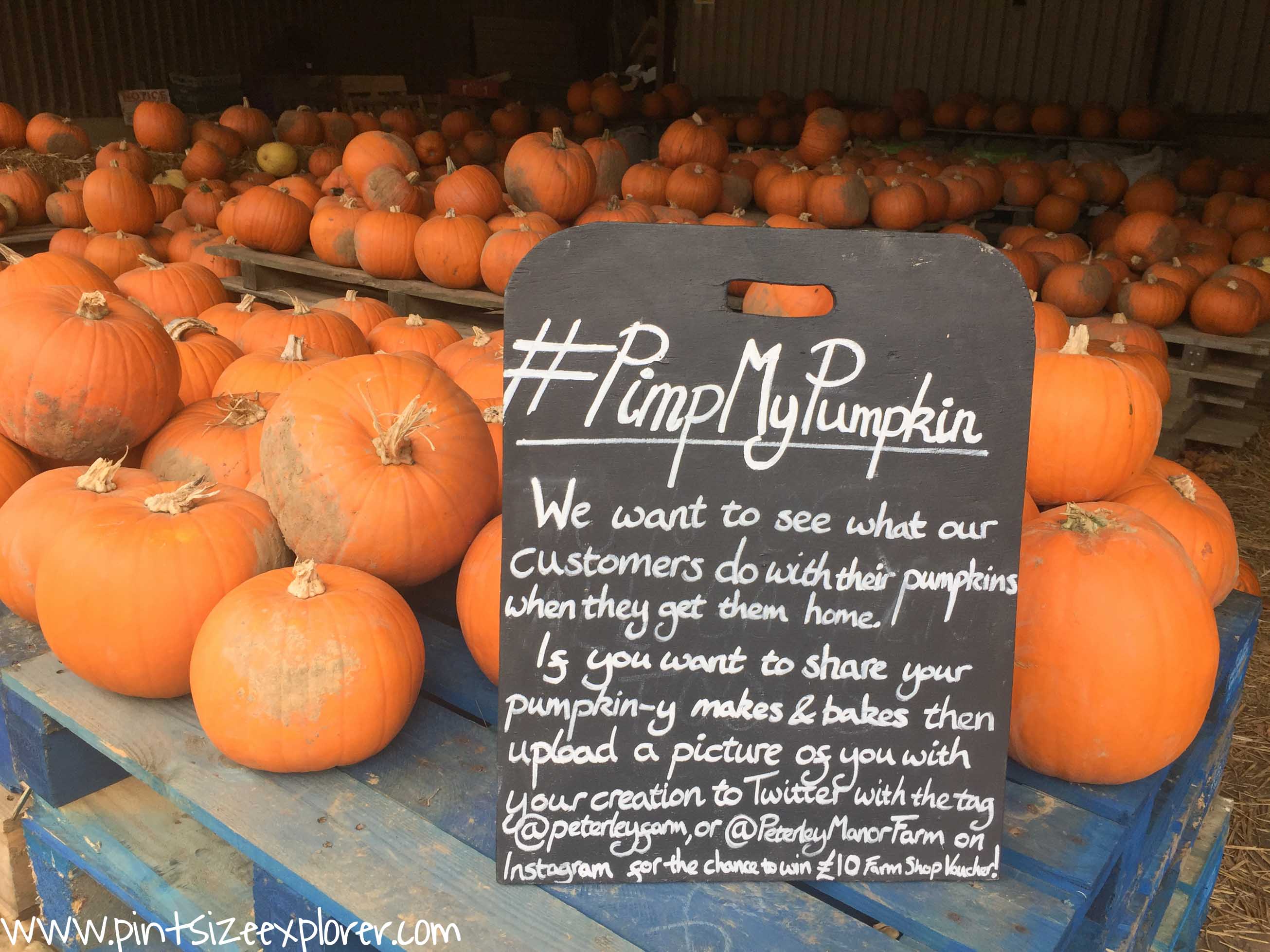 Peterley Manor Farm is a family fun business, and there is a Farm Shop onsite that’s open all year round. This lovely little shop has been open for 30 years and has come a long way from when it first opened selling goods at the farm gates.  We picked up some homemade cakes as an afternoon treat. Those alone would make me return if I were to be passing anytime soon! 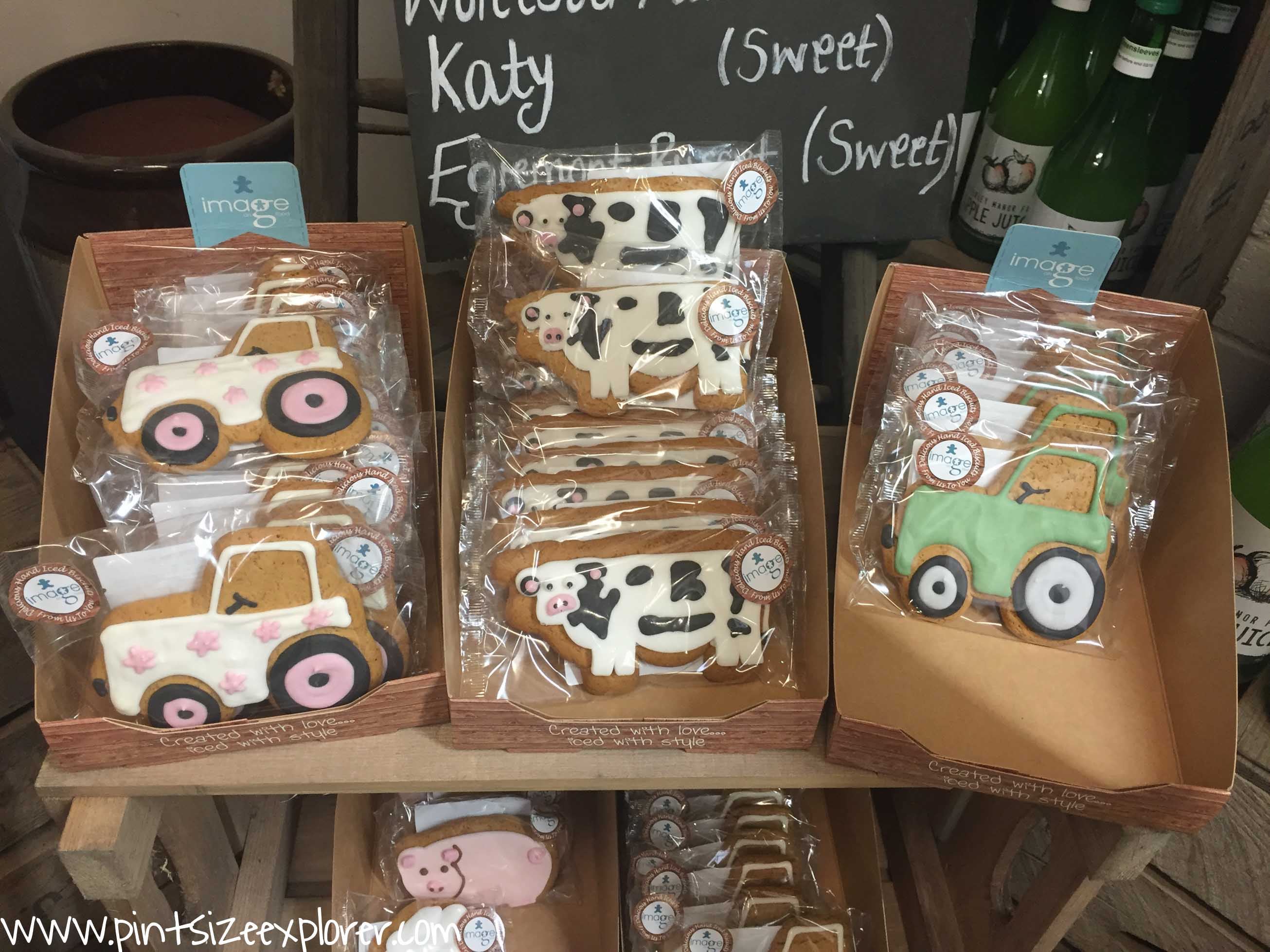 Other than the entry tickets being a little pricey, the festival was worth popping by. Let’s hope the Brill family decide to run the festival again next year!