Each year the Backyard Cinema team come up with a new concept for their pop up cinema, and this summer they bought Miami Beach all the way to South London.

Over a short few months, the team host a series of films in a themed setting. Previous events have taken me to the cobbled streets of Camden (add photo) for their Camden Film Festival in 2015, to a central London church in Baker Street for a special screening of Romeo & Juliet in 2016.

This summer the team are back, and I wasn’t going to miss out on a taste of Florida right here in London. 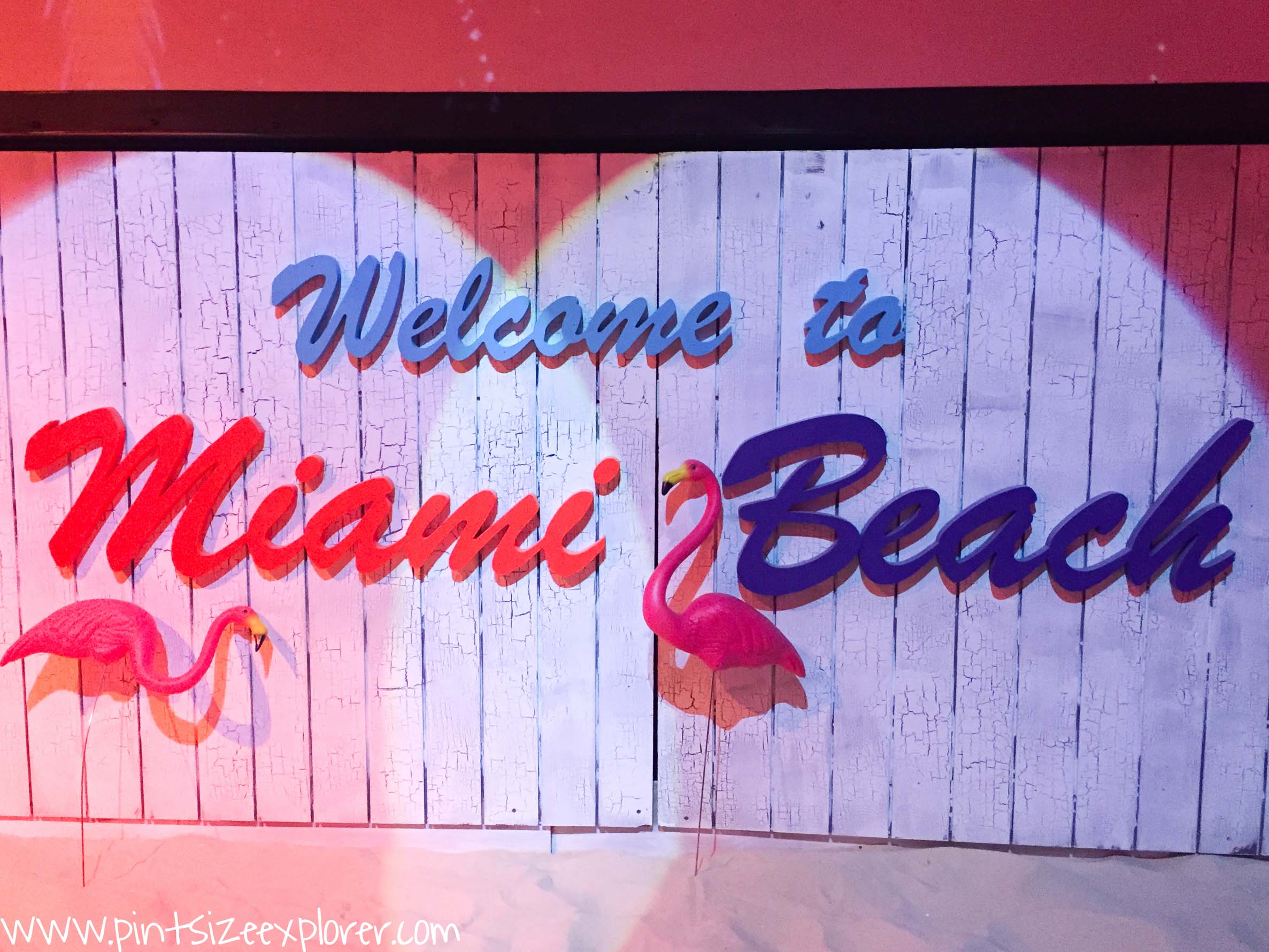 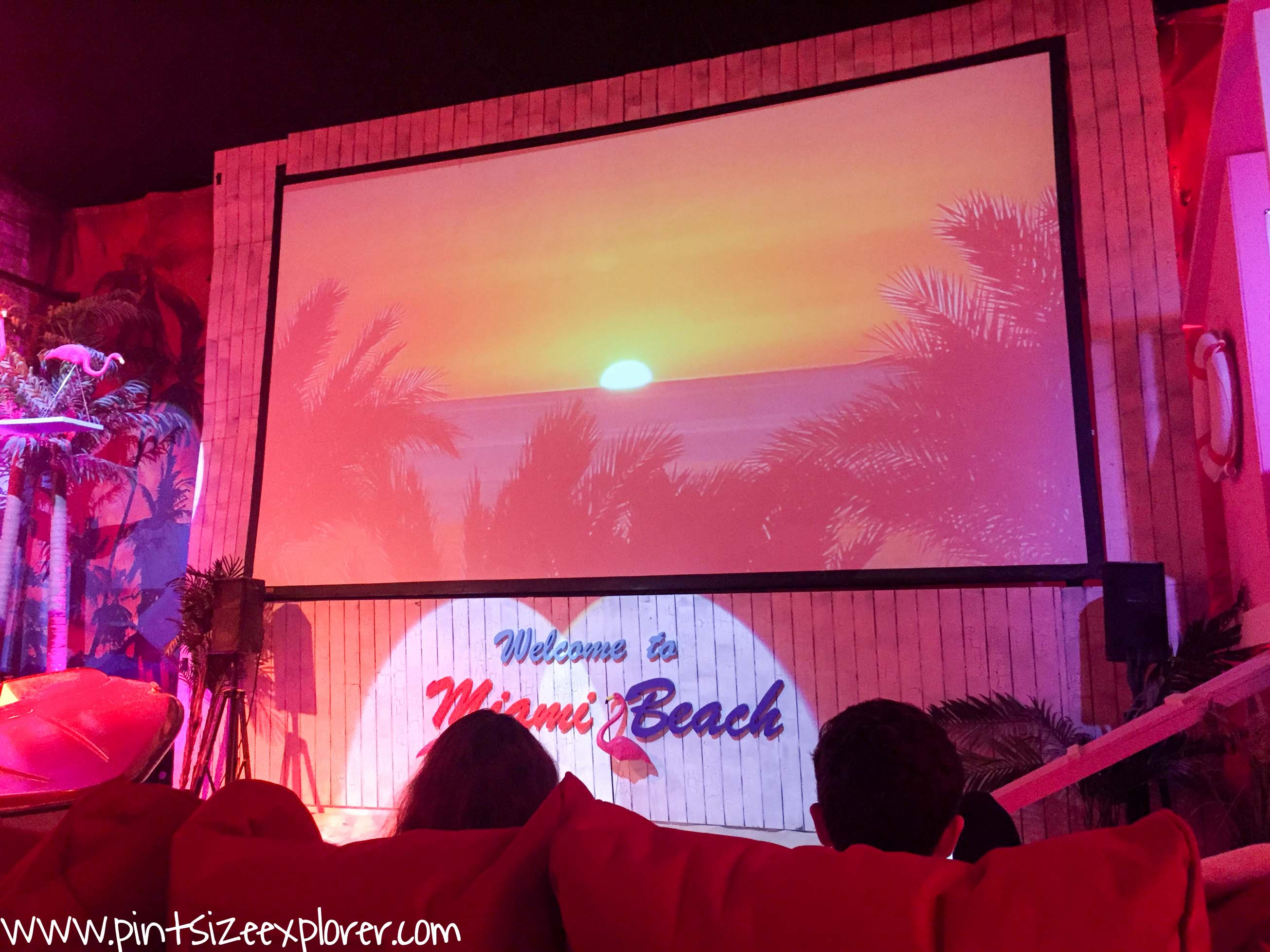 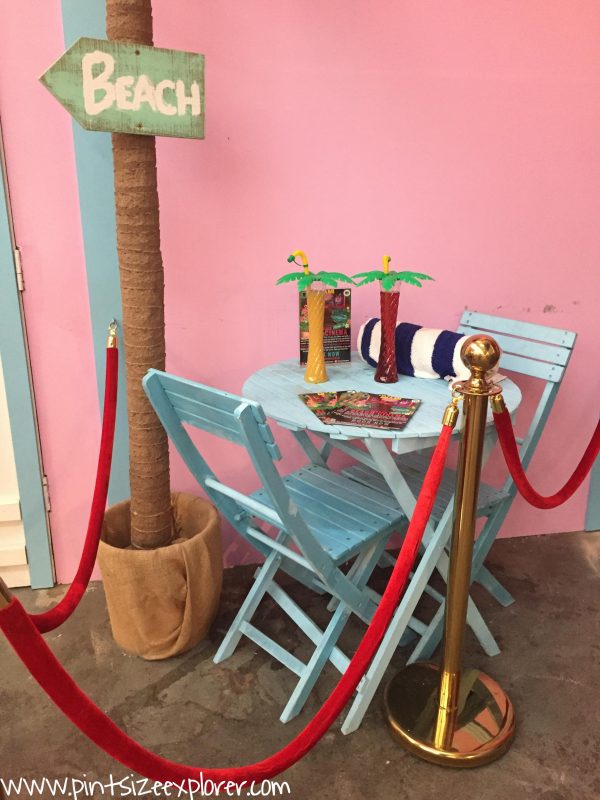 For some reason, I always end up watching a classic hit when I go to a pop up cinema, so this time we chose a comedy (and because I really didn’t believe Laura hadn’t seen the film). We watched the hilarious Pitch Perfect.

If click flicks aren’t your thing, then don’t worry as there are a complete mix of films to choose from. From your typical classics (think Dirty Dancing and Top Gun), to new releases (such as Beauty and The Beast), and even family favourites (like Sing, and Mrs Doubtfire). 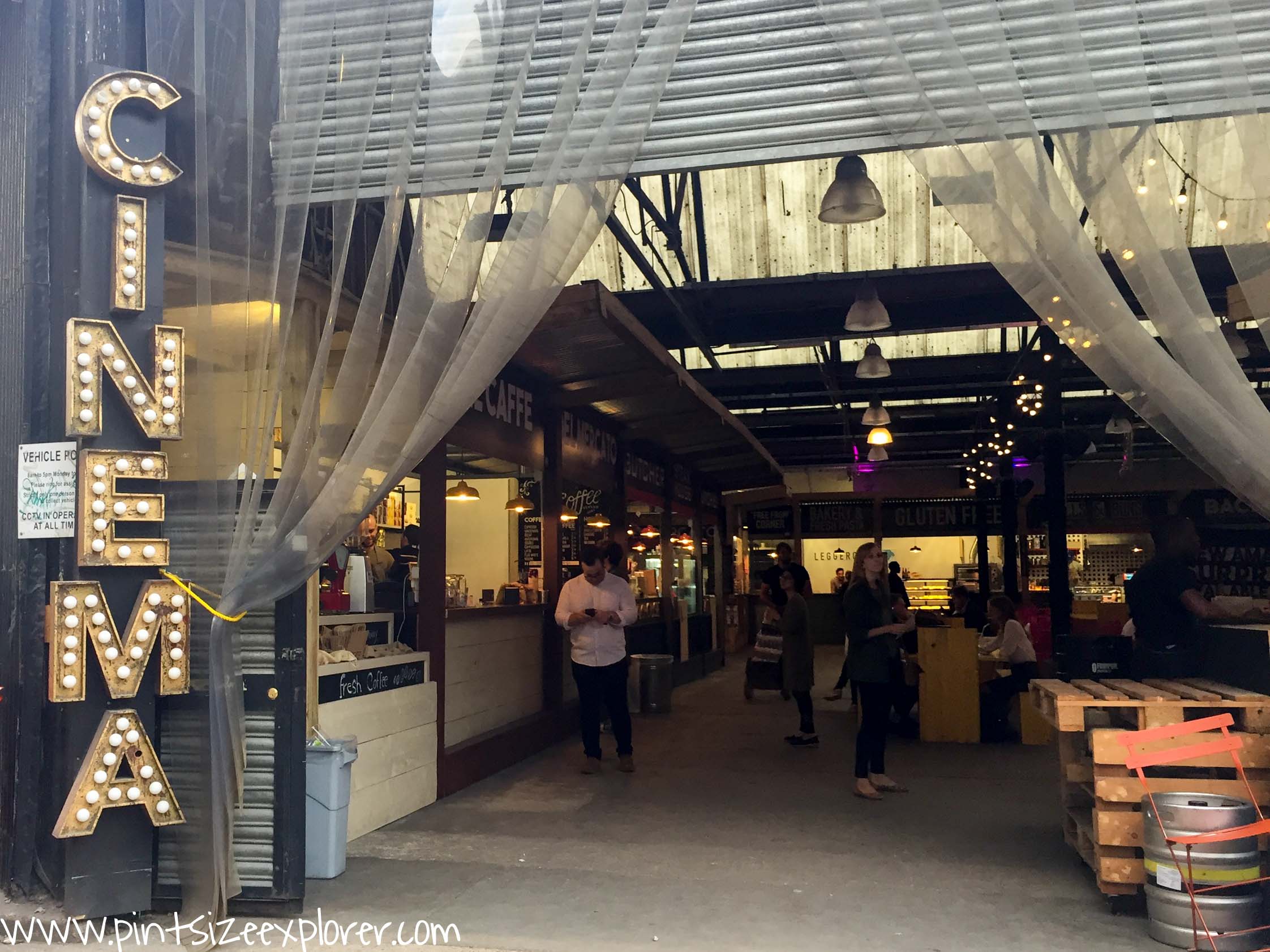 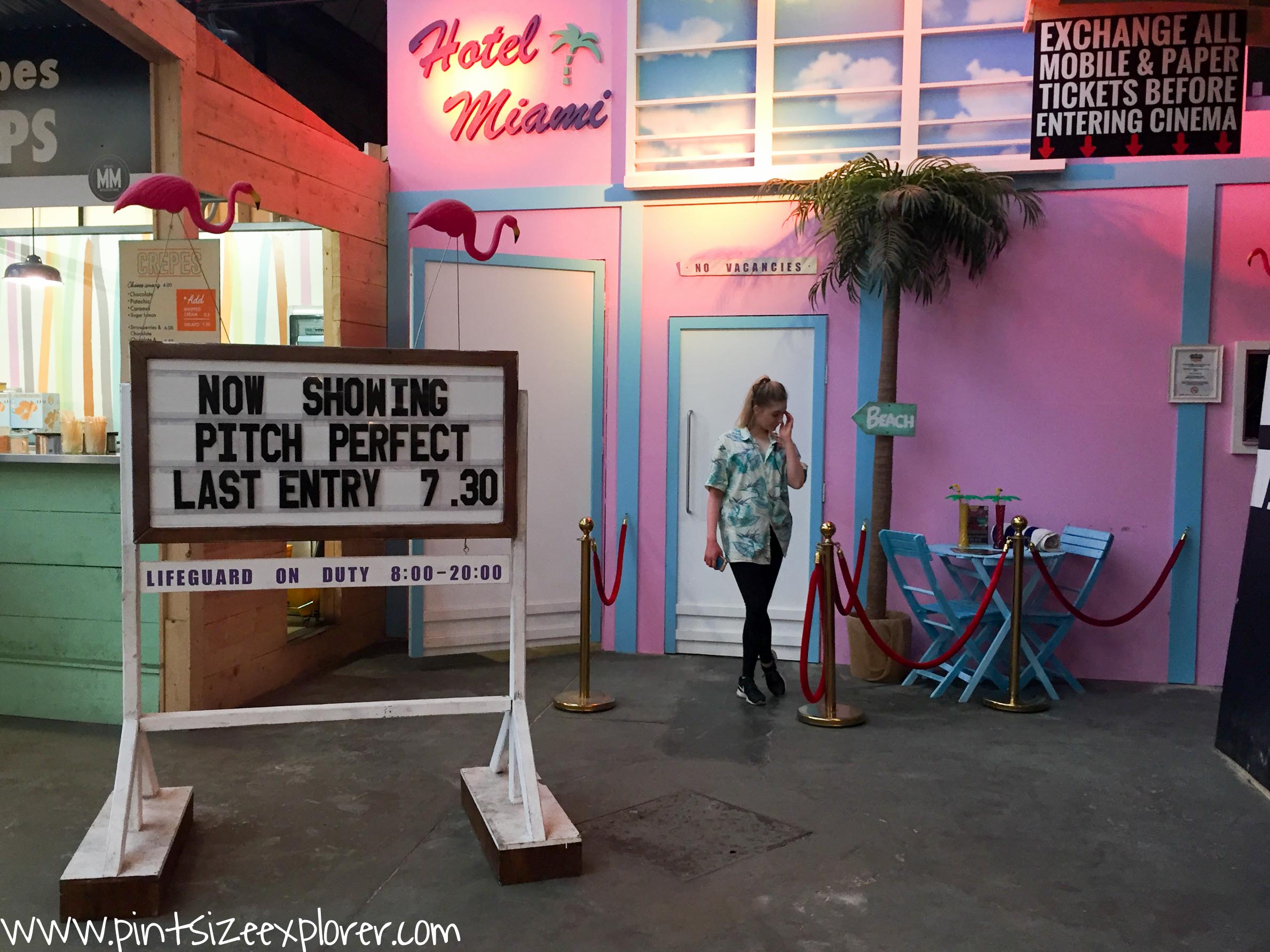 As we arrived at the venue, we were directed to the small ticket booth to exchange our email booking confirmation for actual tickets. We were then greeted by a smiley lady dressed in a funky tropical shirt who directed us through to the flip flop stand.

As the venue has real sand throughout, guests are asked to trade up their shoes in place of some flip flops (which you’ll get to keep afterwards), for hygiene reasons. Alternatively, you’ll be given some shoe covers if you’d rather not get your tootsies out. 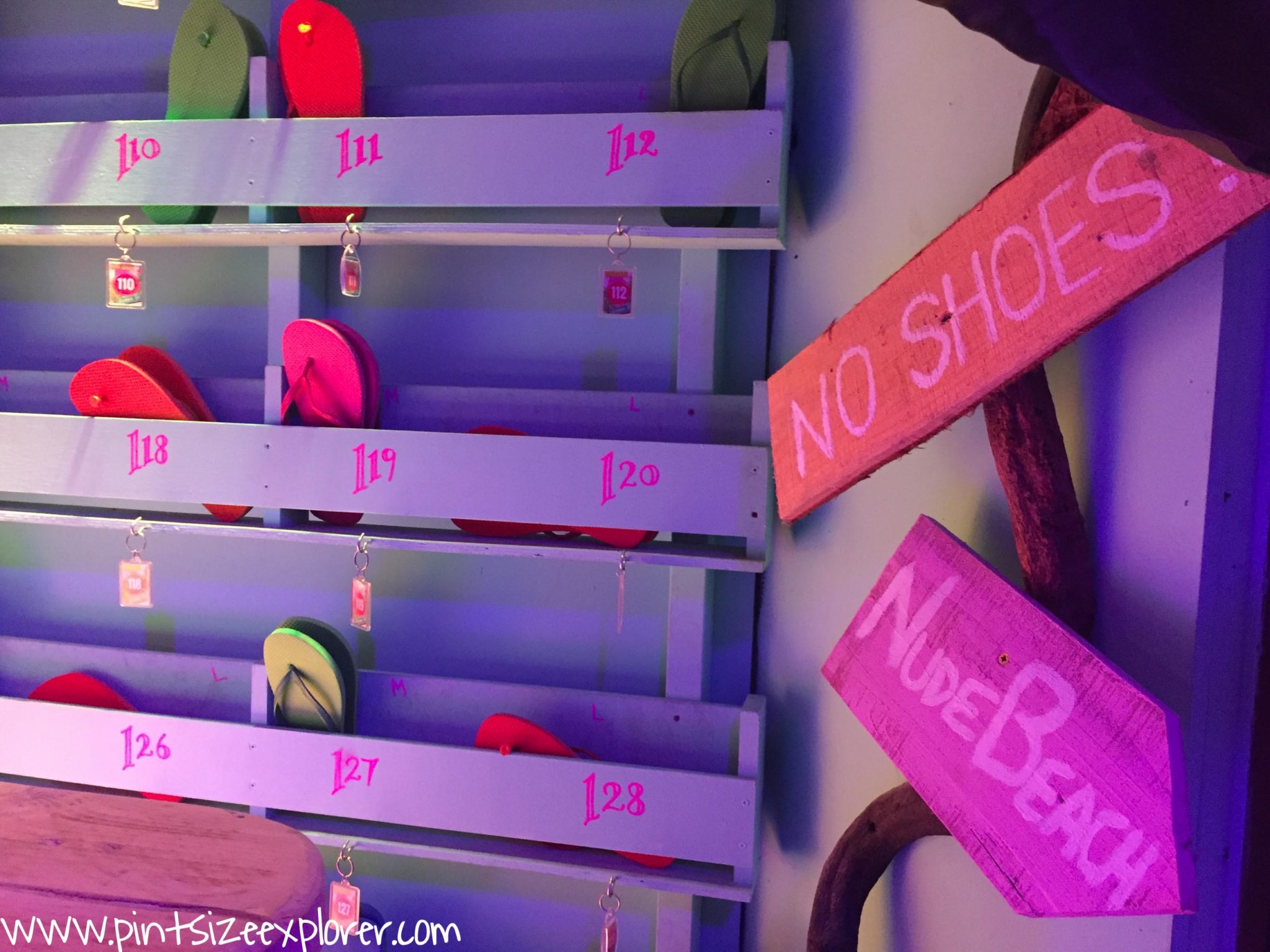 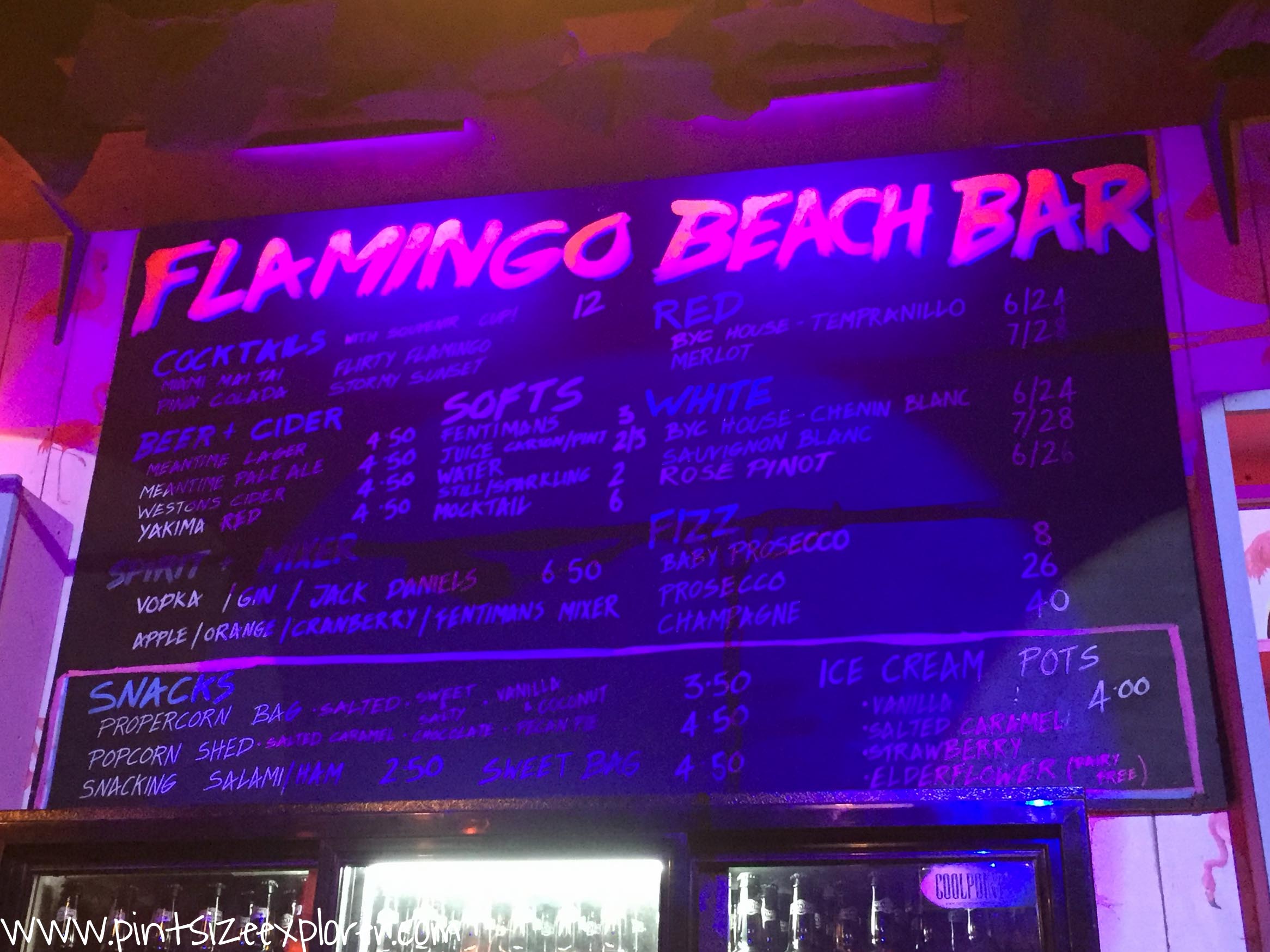 Through the next set of doors, we entered the main cinema room. A Flamingo Cocktail Bar stood at the back of the room and would be open throughout the screening. Seating was in the form of giant bean bags set out in rows for guests. At the front of the room there was a huge screen (of course), flanked by a makeshift lifeguard hut, a speedboat, a sun lounger and parasol, as well as some palm trees. 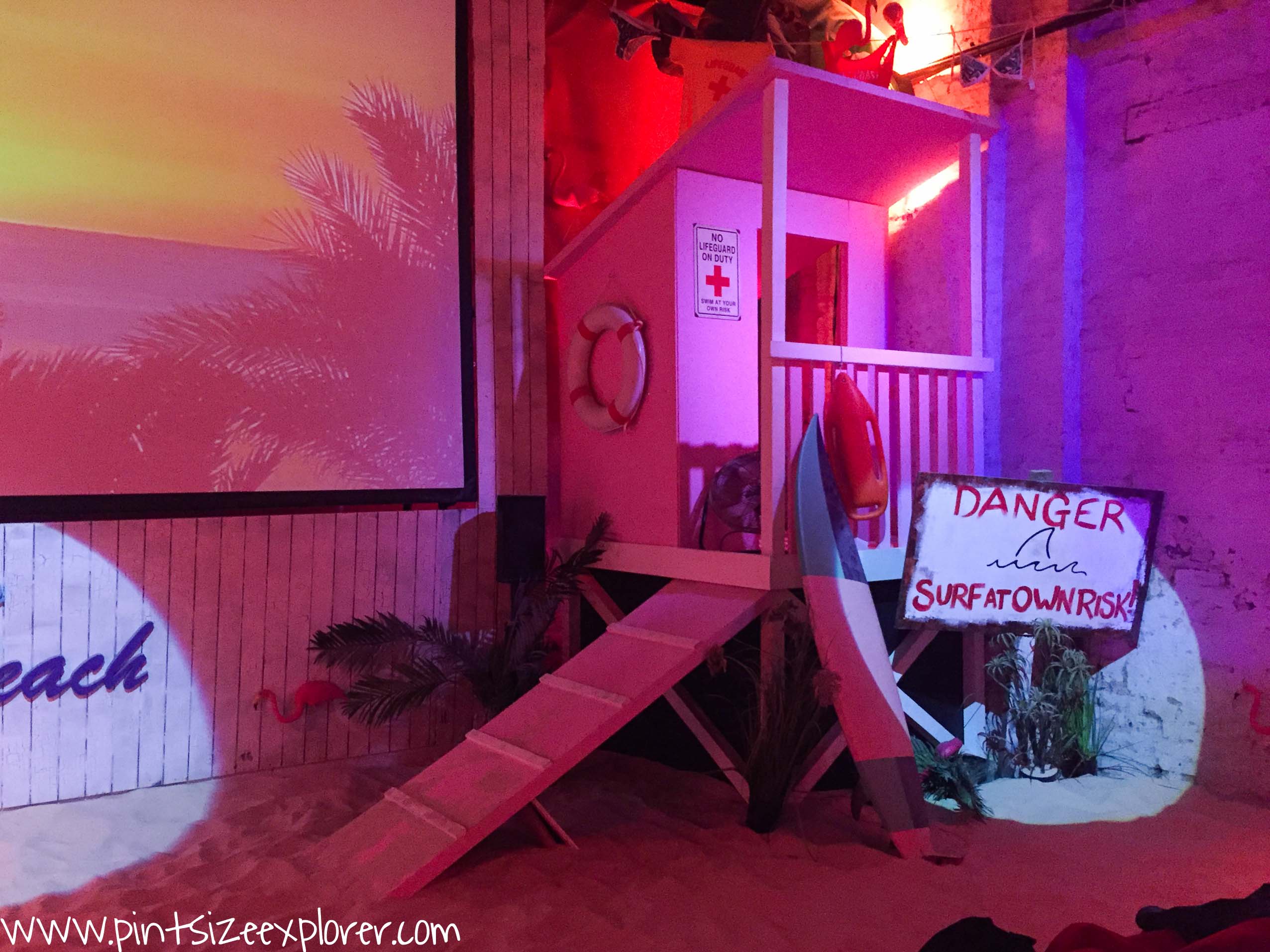 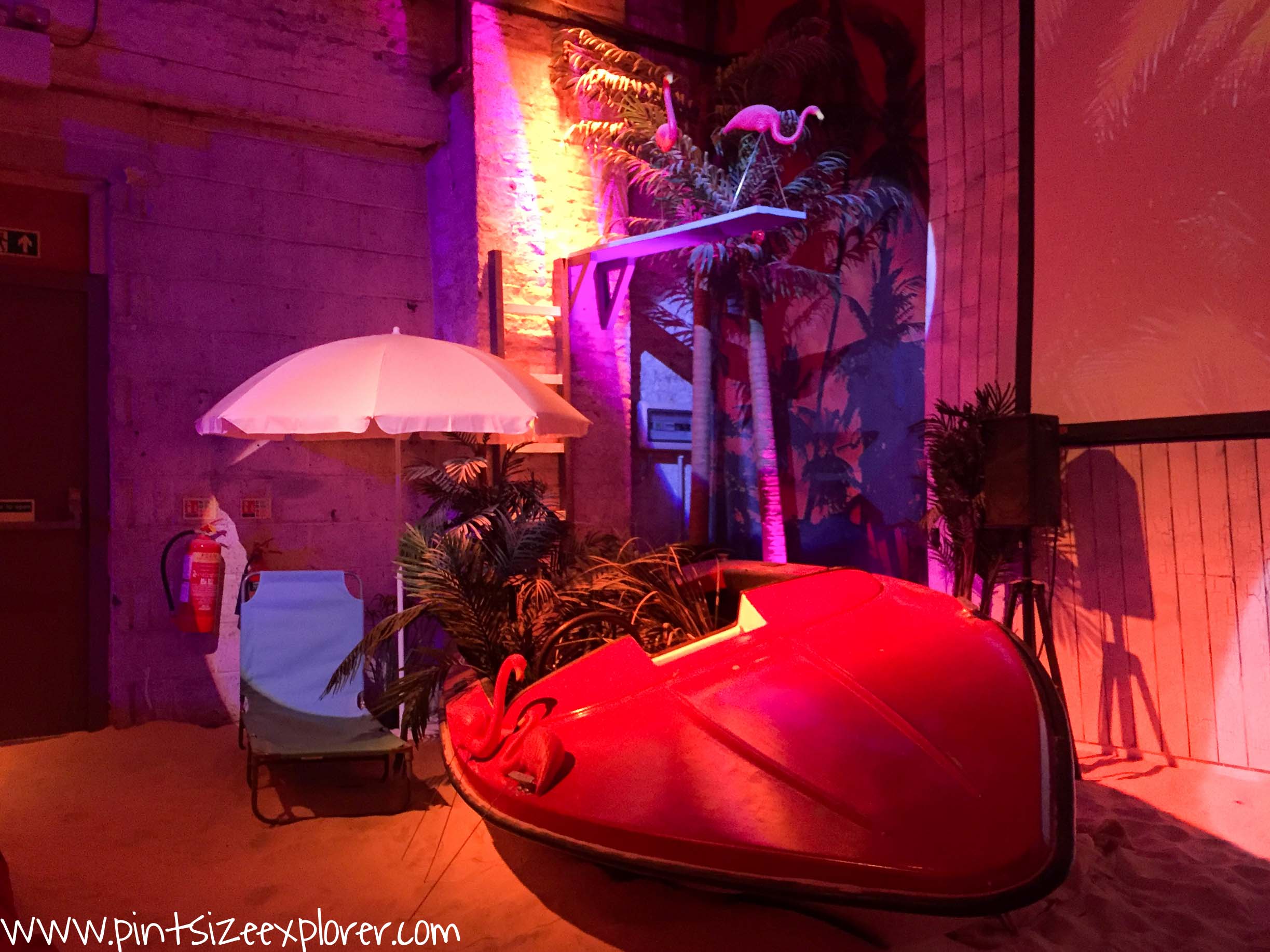 As the credits began to roll, there was a short intro video played to get everyone into the mood. With clips from Miami themed classics such as Baywatch and Miami Vice, there was also a mishmash of other memorable 90’s classics shown as well, like Saved By The Bell.

Doors open 90 minutes before the film starts, but many people went in early to reserve a good spot as seating is allocated on a first come first served basis.

You’ll be free to wander in and out of the venue, so best to get there a little early to get a good spot, and then head back out to the food court to grab a bite to eat.

Doors shut 30 minutes before film starts, and no food or drink is allowed inside unless purchased from the Flamingo Bar.

Screenings should finish up no later than 11pm, but of course will depend on length of film you are watching. We wrapped by just after 10pm. 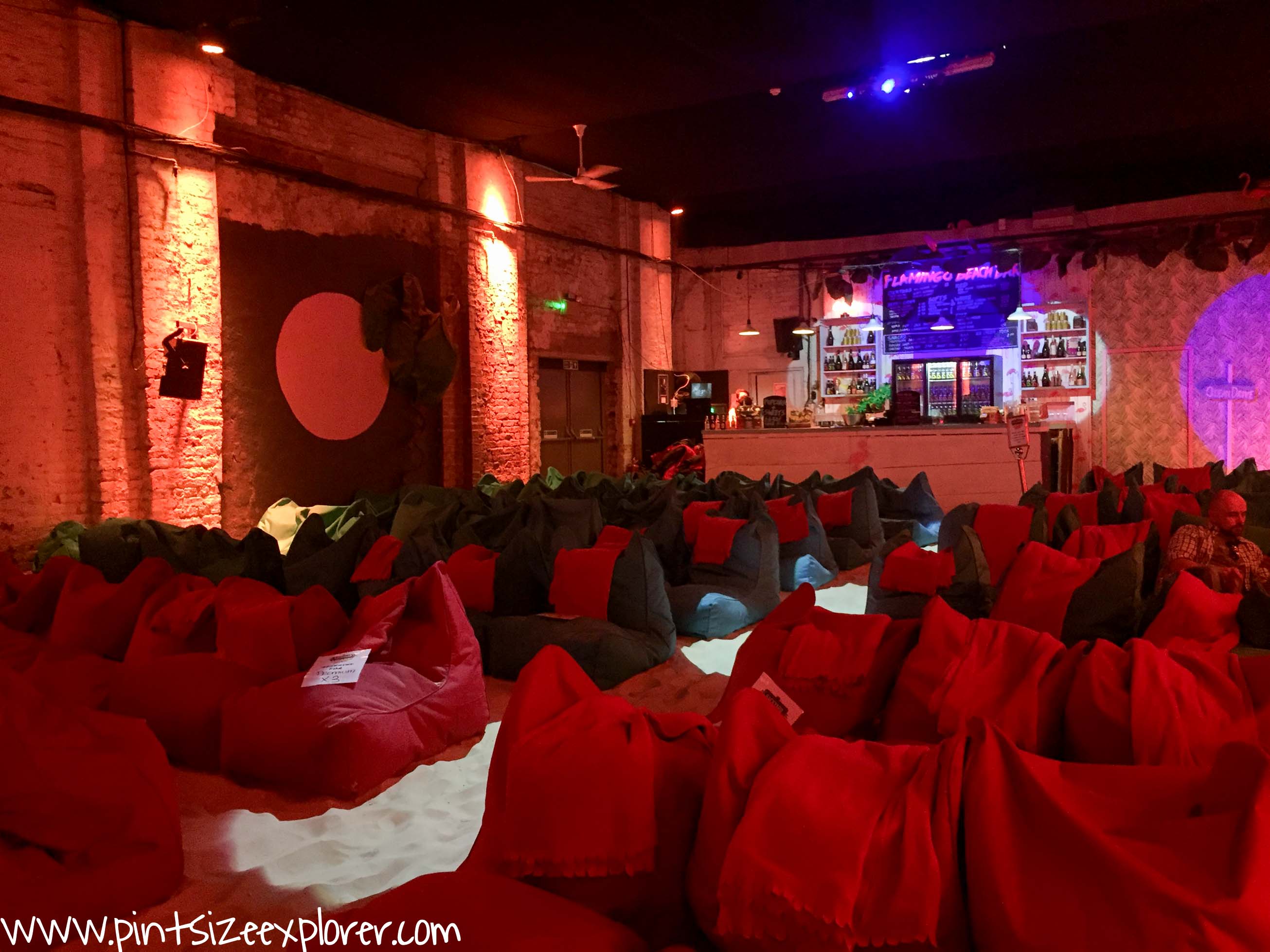 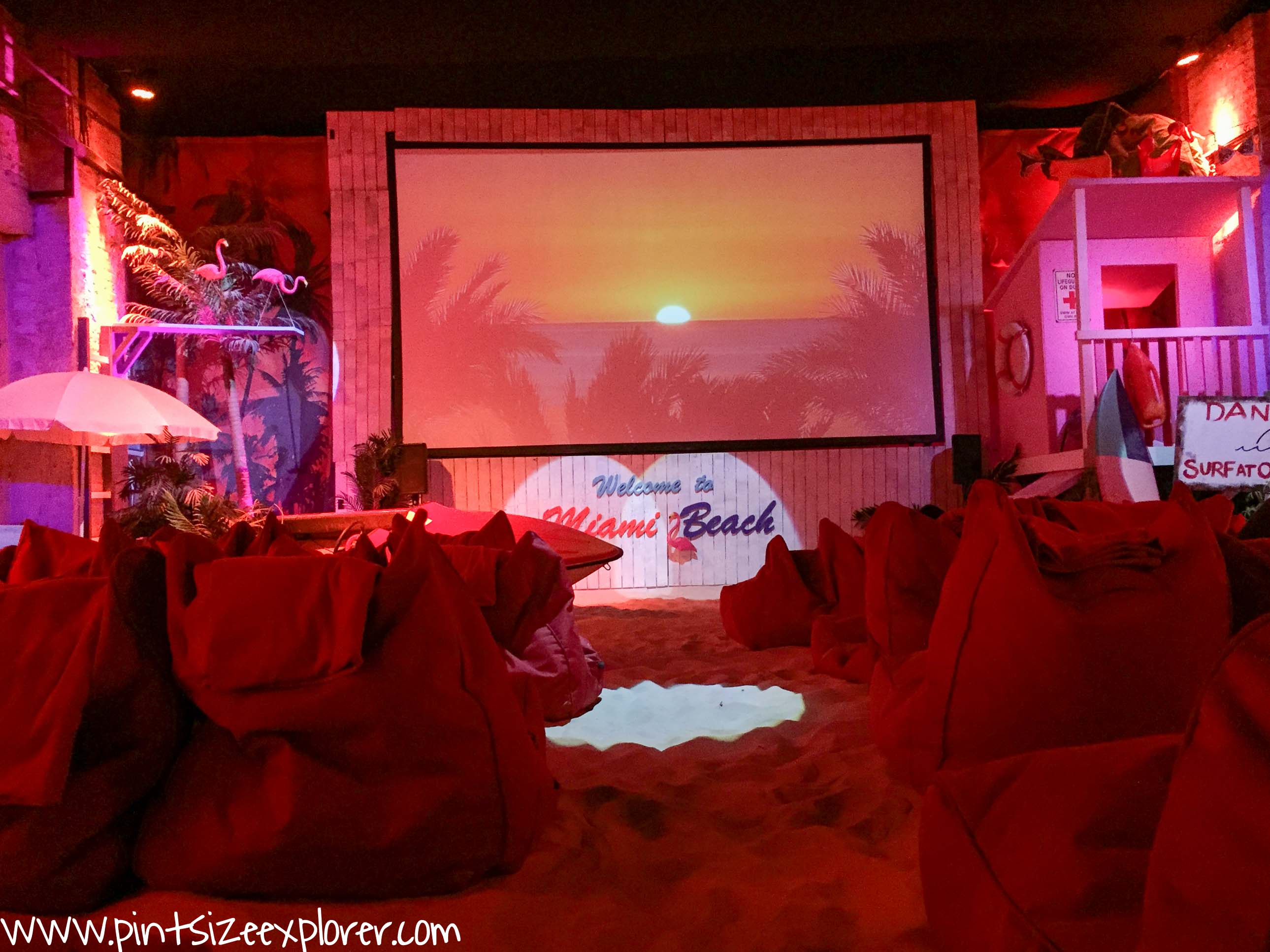 Prices start from £16.50 per person, but it’s worth checking the schedule as there are a handful of film with 25% off.

Tickets are allowed in either the front, back or premium section, and there are a number of optional extra’s that include drinks and food.

Expect to pay £16.50 pp for a standard ticket (ticket only), £24 pp for a cocktail ticket (ticket plus cocktail), or £69 for a date night ticket (2x tickets, popcorn, ice cream, blanket and bottle of bubbles). 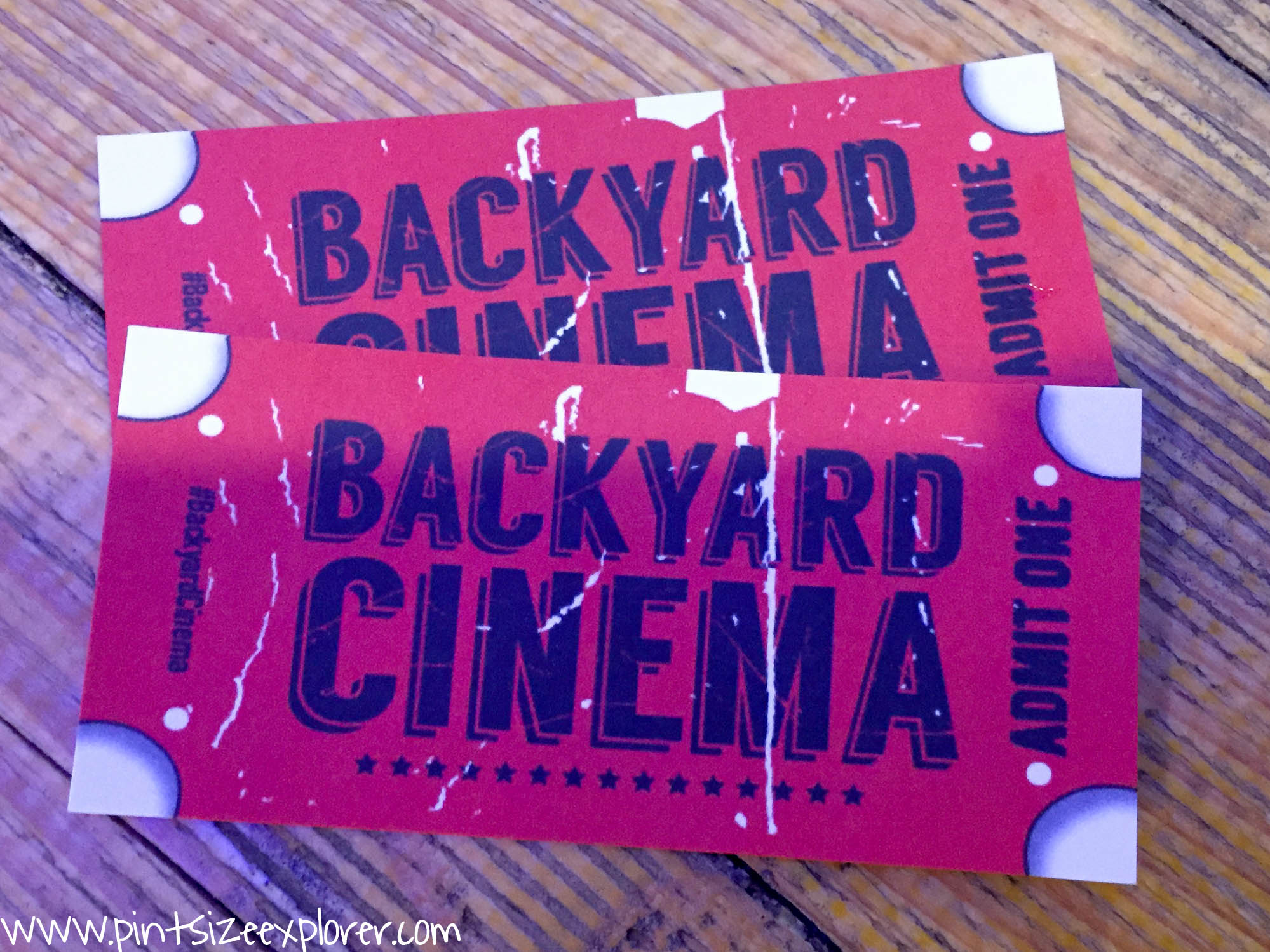 Grab A Bit To Eat

The cinema was based in the onsite arts centre, within The Mercato Metropolitano. The space was a really cool. There were a number of different food and drink stands scatted inside and outside, around various seating. Fancy a gourmet burger? Noodles? Pasta? They had it. 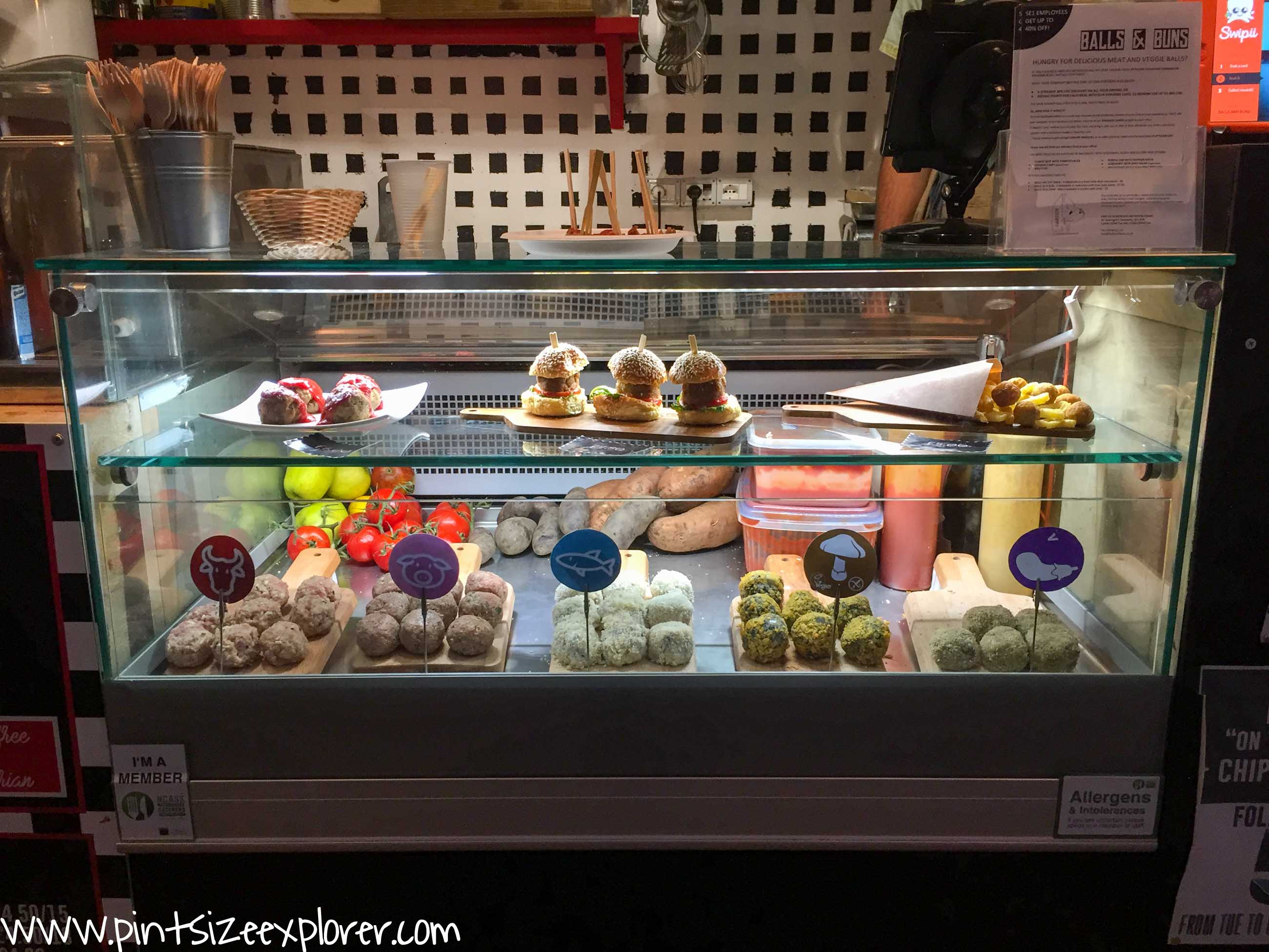 We ate yummy wood fired chicken burgers with garden wedges, that came with a selection of dips on a wooden platter. Dinner was washed down with some Appleton Rum Punches, that were made at one of the cocktail vans. 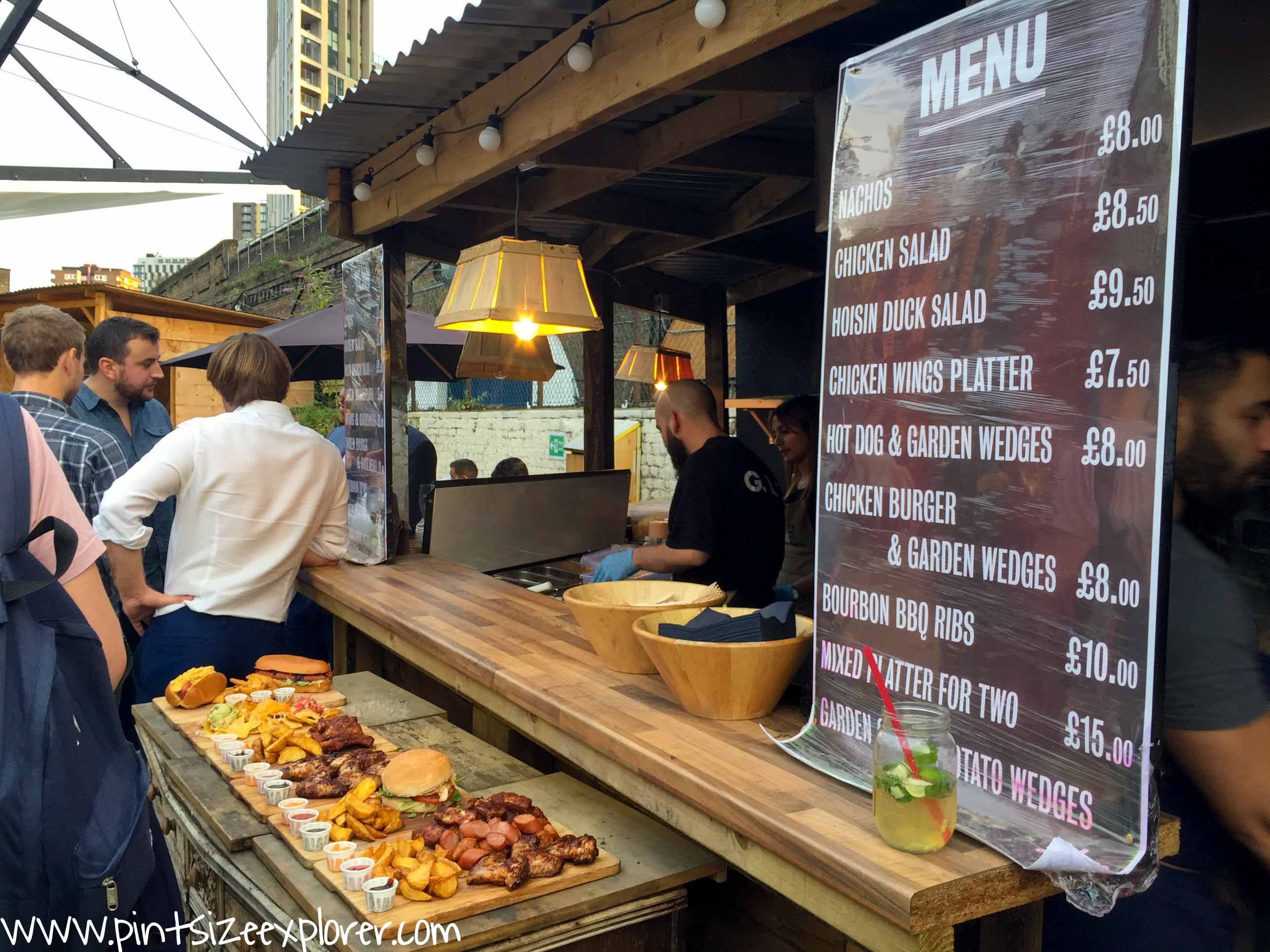 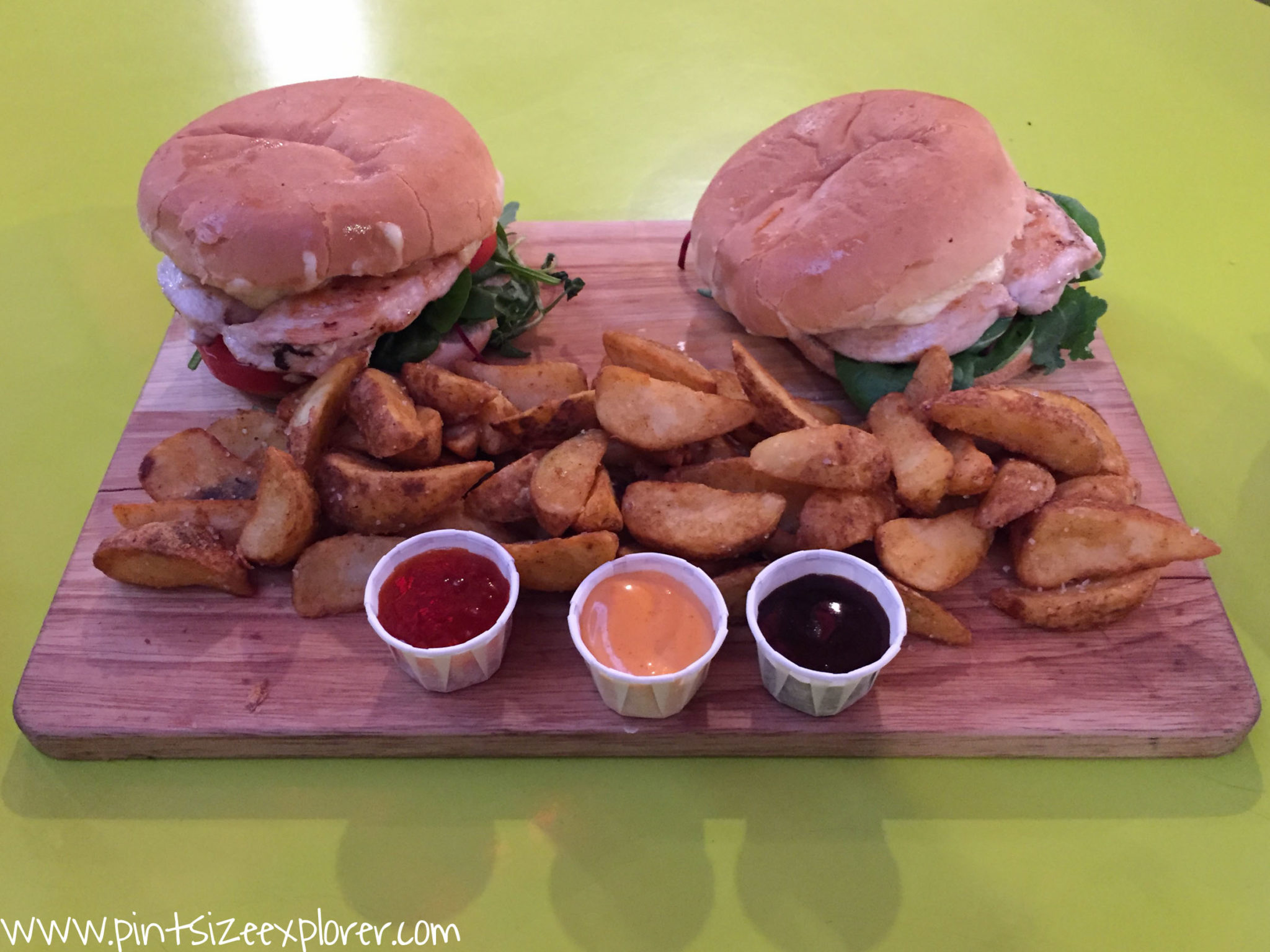 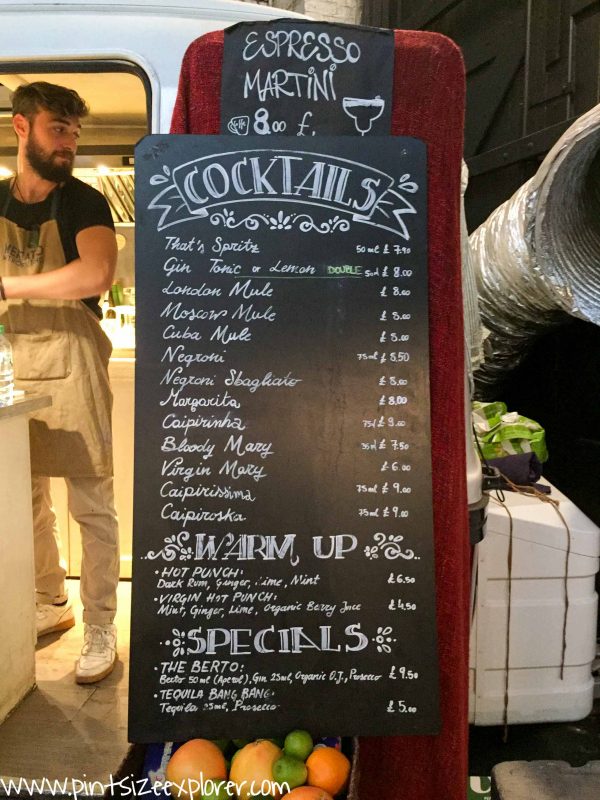 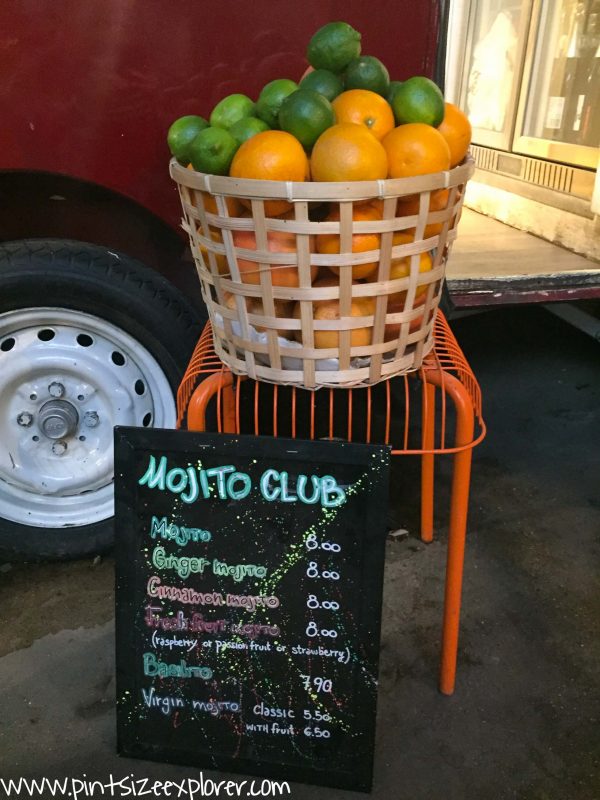 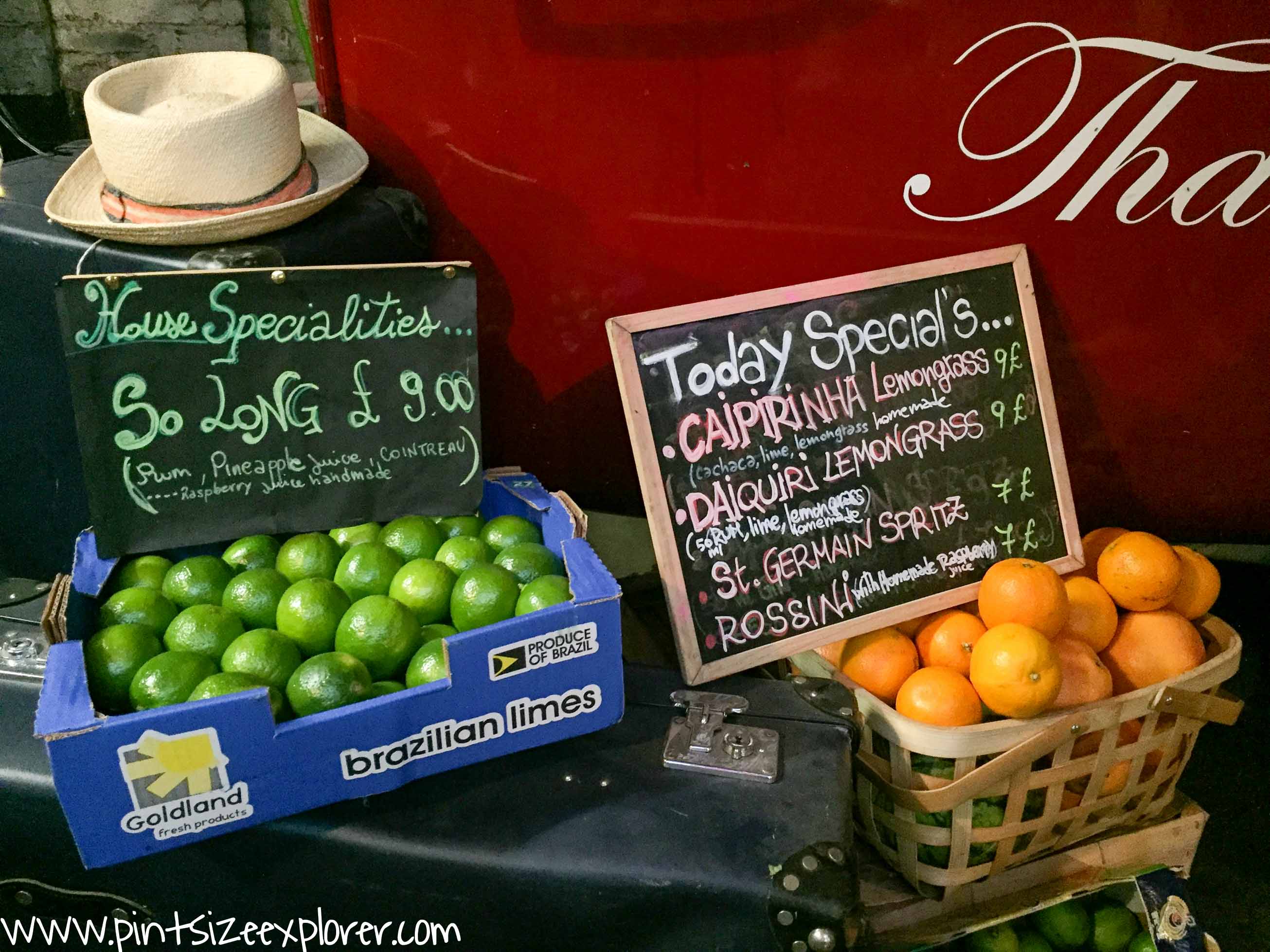 This summer’s pop up was located in South London at the Mercato Metropolitano (42 Newington Causeway, SE1 6DR

Your nearest tube stations will be either Elephant and Castle, or Borough Station, both of which are on the Northern Line. 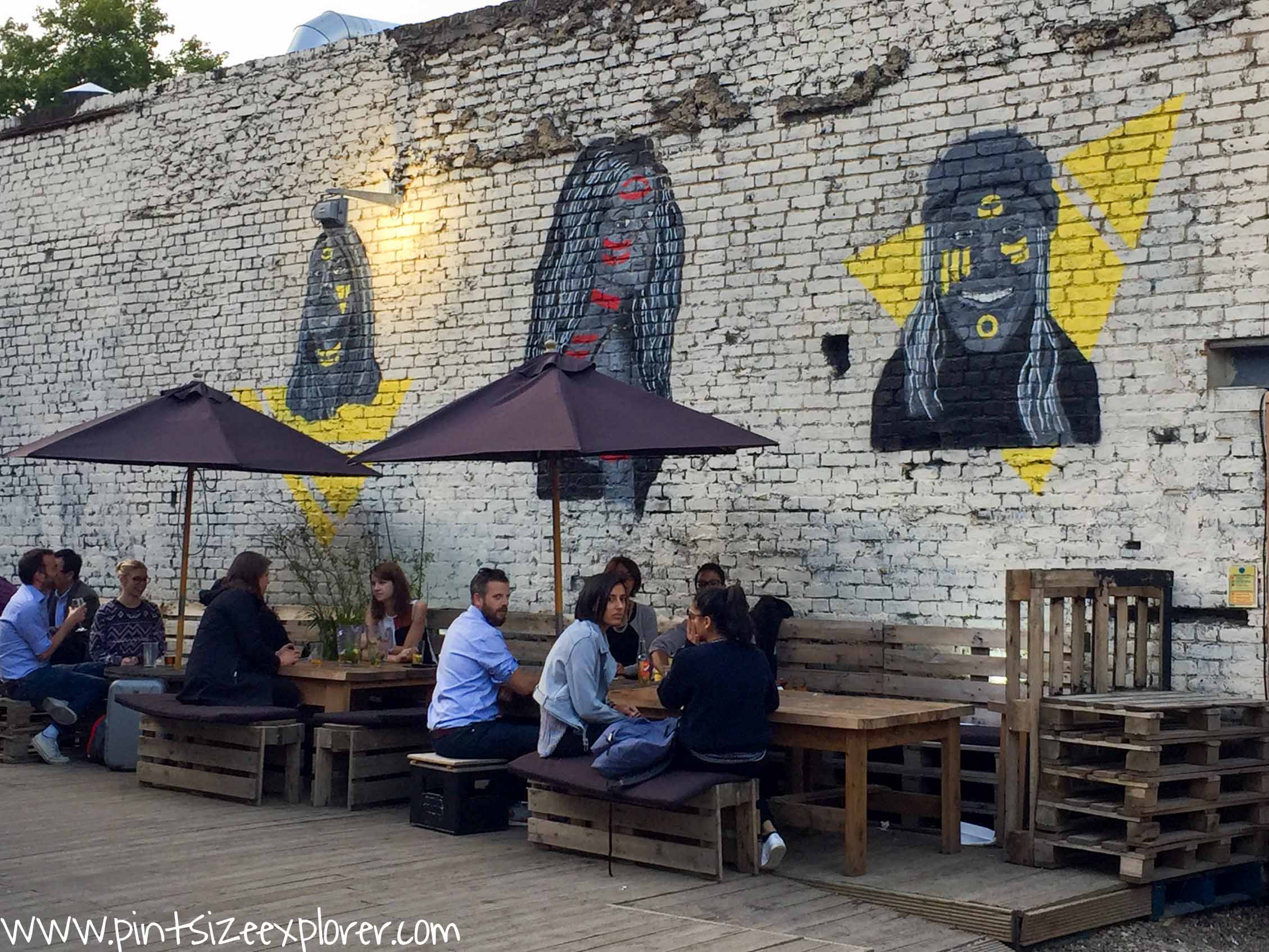 Summer Is Nearly Over

Although the screenings have been showing for several weeks already, you still have time to pop along as their last screening is scheduled for Friday 6th October.

Don’t worry if you don’t have time to visit to the Miami Beach pop up though, as straight off the back of their Miami Beach summer, the BYC crew will be taking us into winter with their Snow Kingdom pop up. Promises of hidden ice kingdoms, secret caves, and frozen lakes await you! Films are scheduled to run from the 25th Oct until the 12th Nov 2017. Click here for more info.

With this season slowly coming to an end, and the winter themed Snow Kingdom due to begin, I look forward to see what Backyard Cinema will create next!