Sloths Of The Jaguar Rescue Center

Volcano Boarding – When It All Goes Wrong!

Our trip to Vietnam was more about getting out of the big cities and seeing the rest of the country, however no trip to Vietnam is complete without a visit to Hanoi. Whether you are passing through to connect onto another destination, or using Hanoi as a base to head out to Halong Bay, make sure you include an overnight stop at least. For as crazy as the city is, you’ll still be able to do a lot within a brief 24 hours as we did. 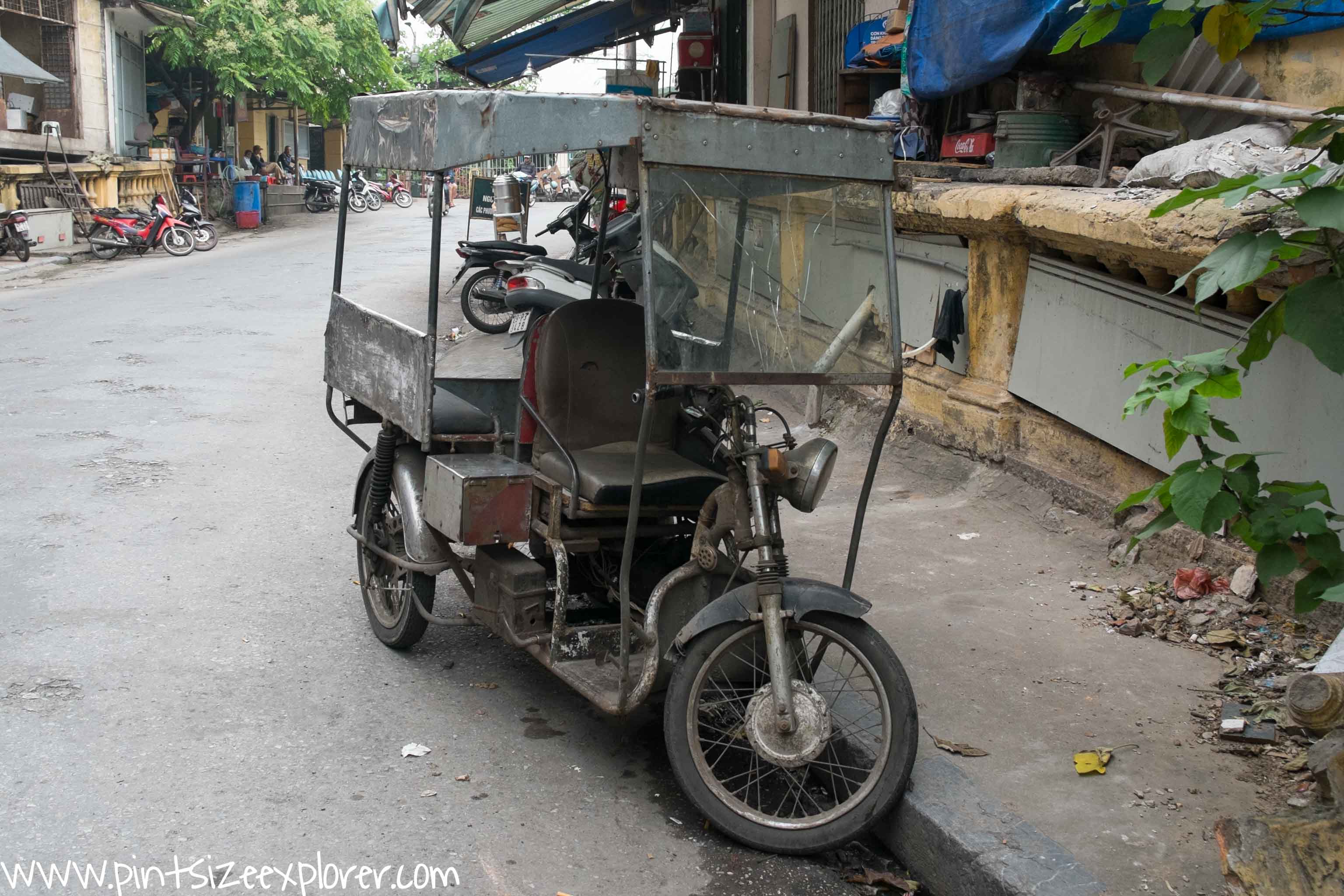 Morning: Start your day bright and early at the (1) Ho Chi Minh Complex where you can visit Ho Chi Minh himself, along with a number of other sights of interest. Take a taxi over to the (2) Long Bien Bridge and the (3) Hanoi Ceramic Road which are located next to each other. Wander back to the Old Quarter via the (4) Dong Xuan Market, where you can pick up a spot of lunch.

Afternoon: Staying in the Old Quarter, head over to (5) Memorial House to visit a traditional house, followed by the not so traditional (6) Residential Train Tracks. For a quieter pace of life, spend the rest of your afternoon mooching around the (7) Hoan Kiem Lake and sampling an original (8) Egg Coffee

Evening: Soak up at the atmosphere among the hustle and bustle of the (9) Street Food in The Old Quarter, followed by a spot of late night shopping in the (10) Night Market.

Read on for more information on each highlight 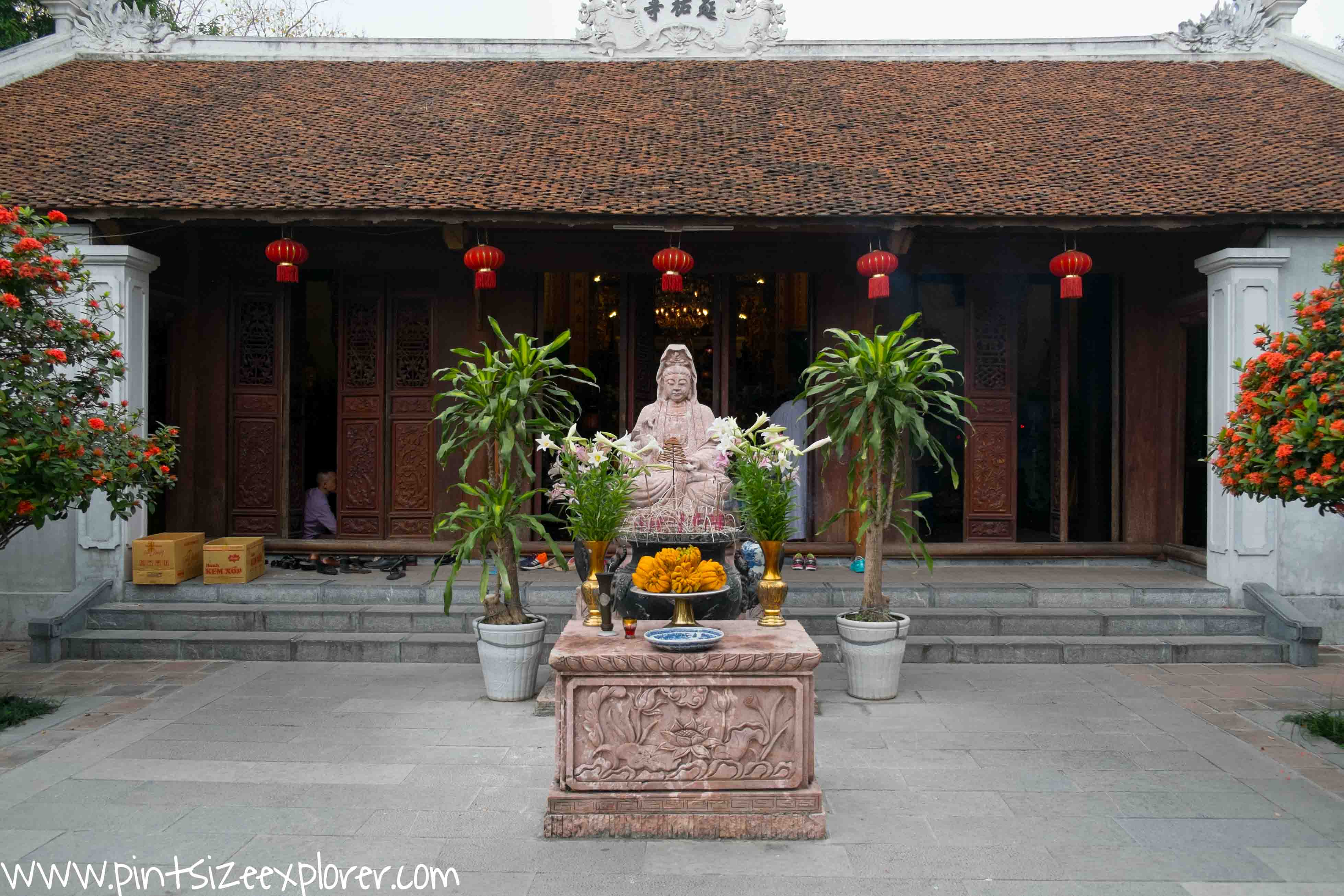 Mausoleum – Possibly the weirdest tourist attraction I’ve ever visited. Here you’ll be able to pay your respects (or gasp) as you see Uncle Ho himself laying in a glass box wearing the same clothes he wore when alive. Open twice a day to the public, expect more tourists than imaginable, and long queues – but thankfully these moved along within half an hour.

The security guards in the mausoleum were pretty fierce as they ensured all bags were checked in, all cameras were removed, ladies were covered up, and single file lines were adhered to to ensure the crowds moved along as quickly as possible. Expect to be in and out within a minute or two as guards shuffle you along.

Rest of complex – There was a small charge of VND 40,000 / £1.35 per person. Whilst this allowed entry to the complex, it did not allow you inside any of the sights, but to merely walk past them. Keep an eye out for Ho Chi Minh’s personal palace, car collection, office, and stilt house. You’ll also see the Mango Street, a carp filled lake, one pillar pagoda, and a museum (worth paying for an English speaking guide). 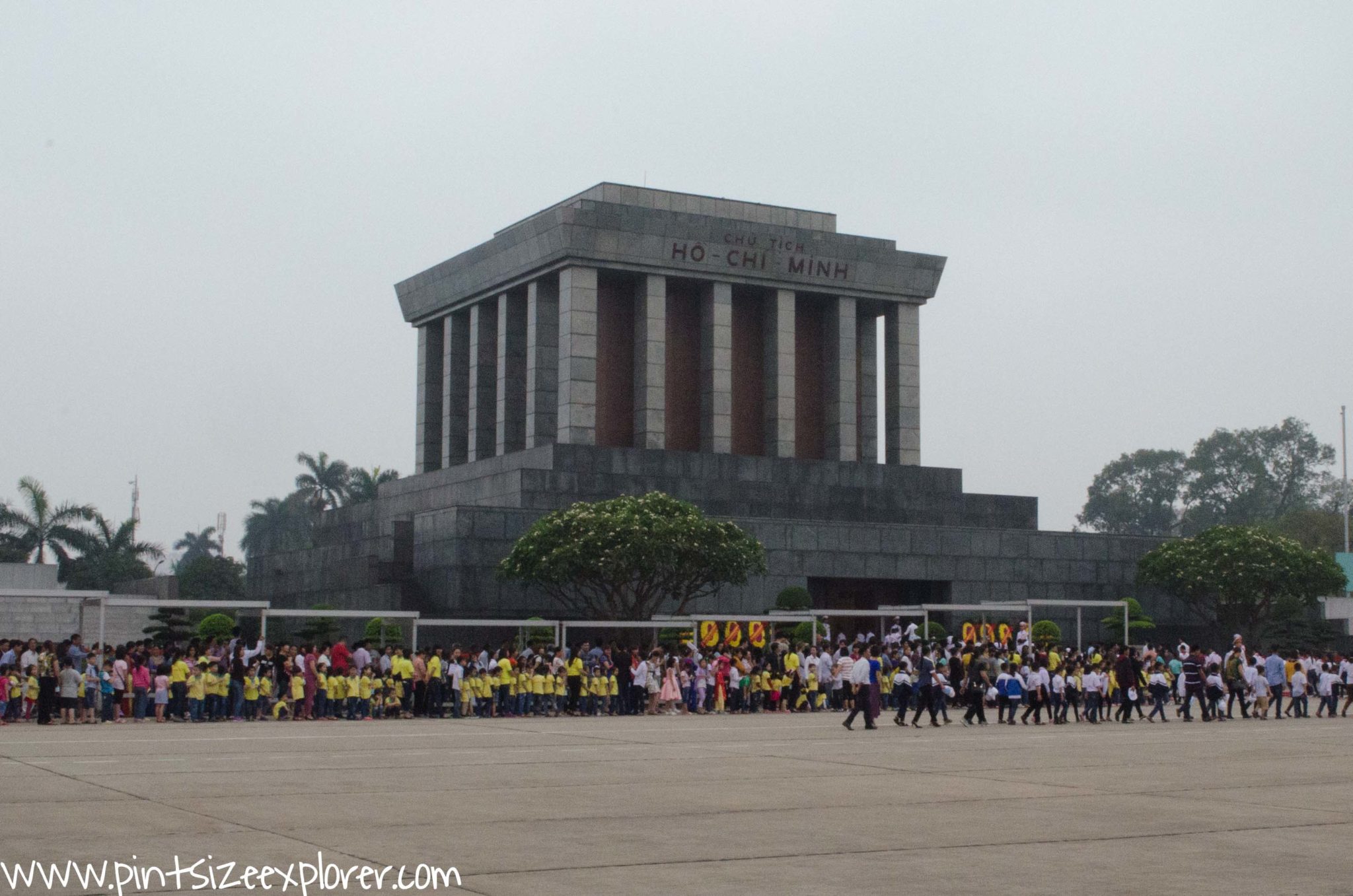 Despite being bombed multiple times during the war, the Long Bien Bridge is still used today by cars, mopeds, pedestrians, and has an active railway line. Over 100 years old, the railway line looks more like an abandoned set of tracks than a working line, however the bridge is under reconstruction to bring it back to life. Walk along the narrow side paths to get up close with the traffic. 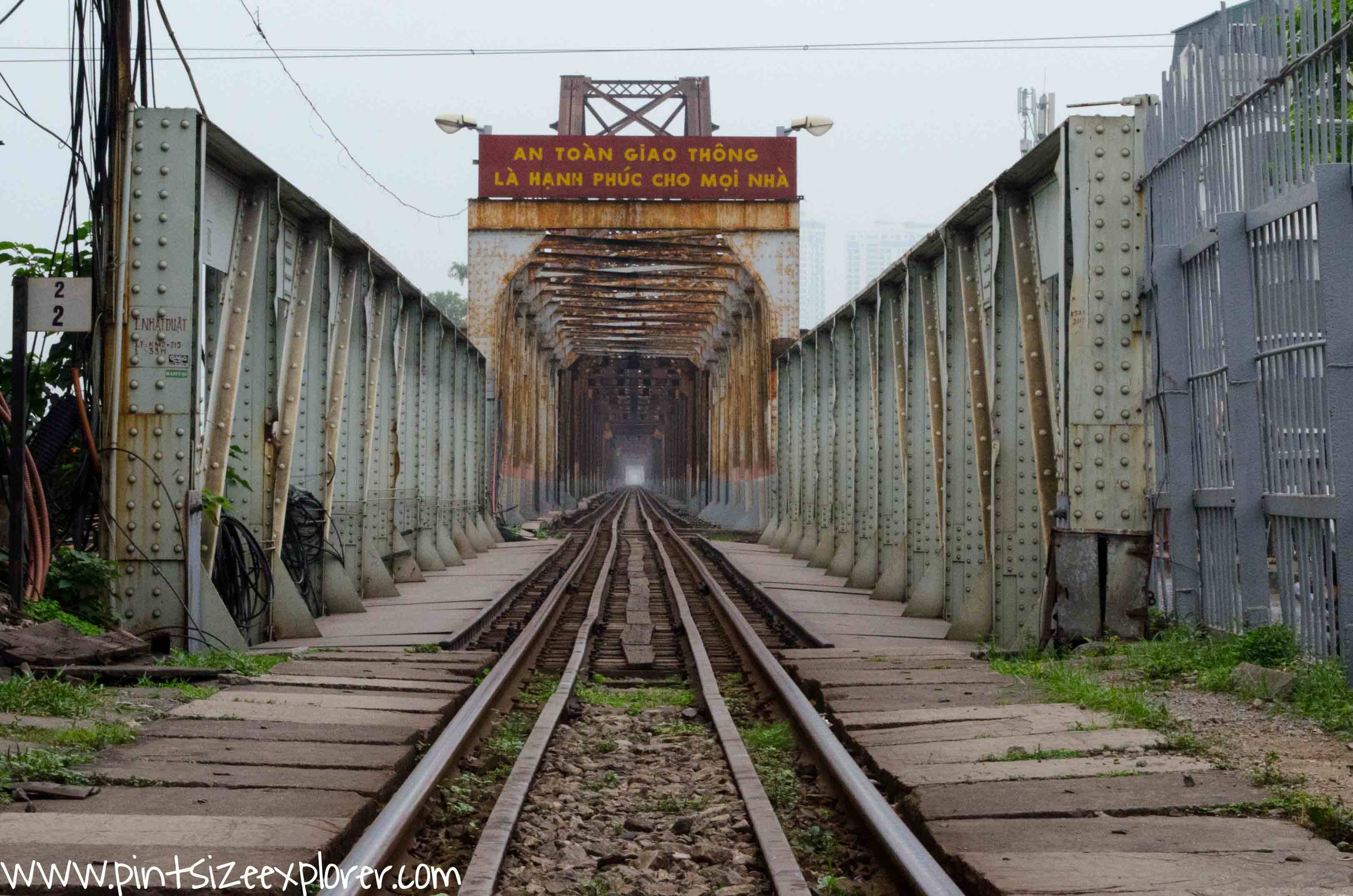 Underneath the Long Bien Bridge, take time to visit the world’s largest ceramic mosaic wall. Stretching 4km long, the mosaic wall is now a Guinness World Record holder. Accessible by two zebra crossings to the left of the bridge, be very careful when crossing the extremely busy road. Like most Vietnamese traffic, no-one will stop for you, so be brave and cross with care. 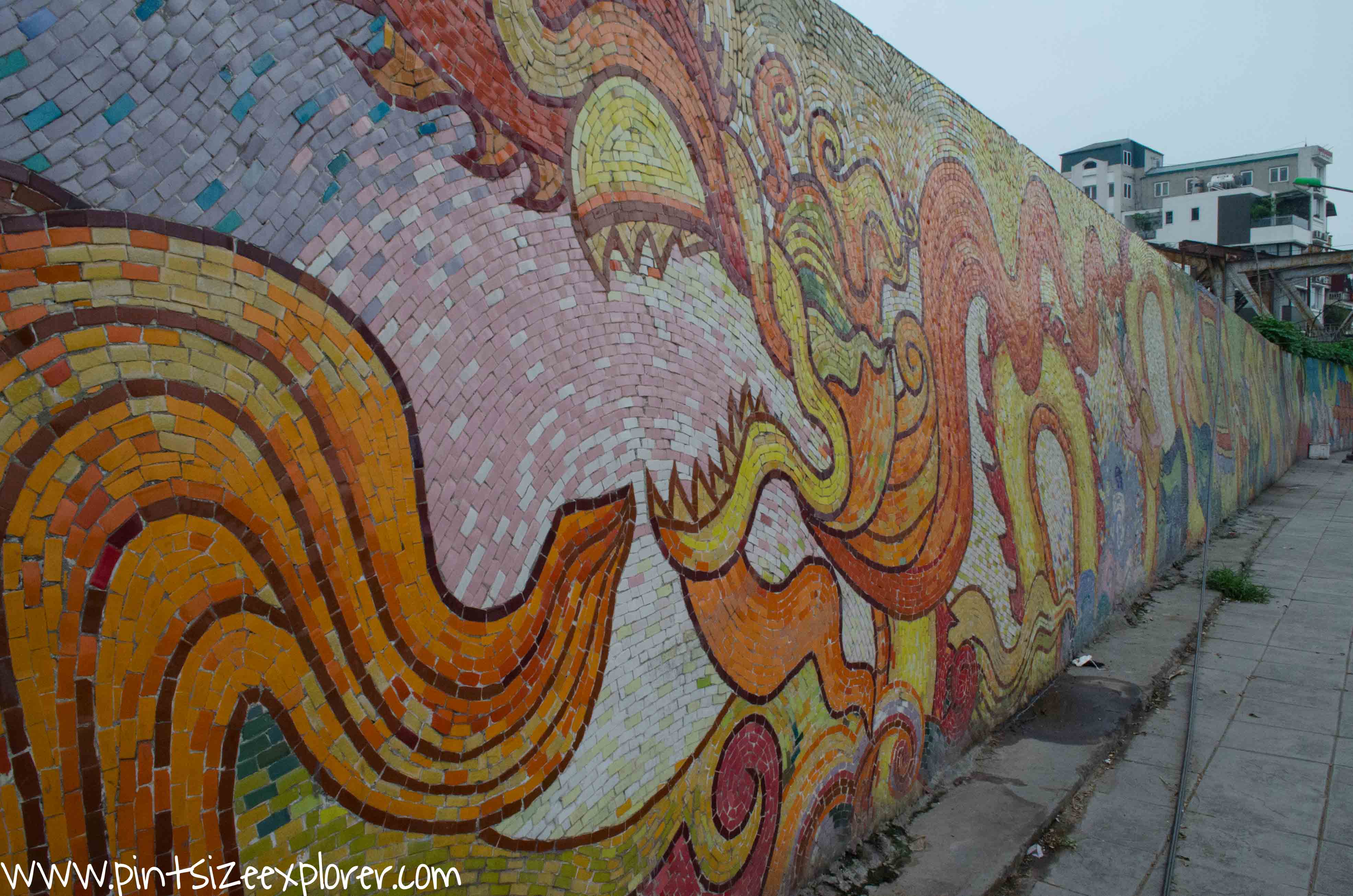 Everyone loves an Asian market, and the Dong Xuan market won’t disappoint. This market is the largest covered market in Hanoi selling everything you can image from household items, to consumer goods, to handcraft and souvenir items. A great spot to pick up some holiday memento’s and gifts! 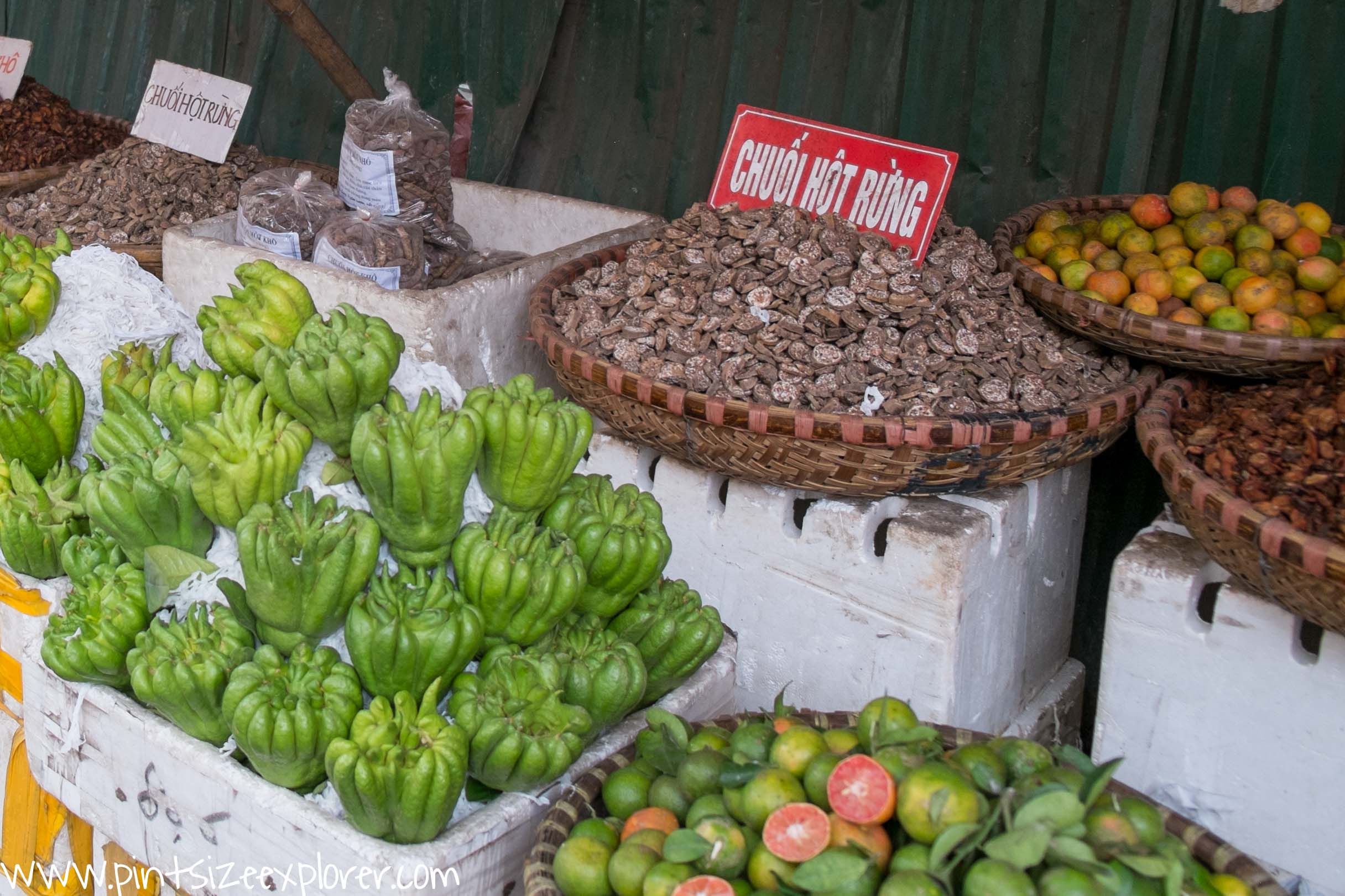 This traditional house has been well restored and for a small entrance fee of VND 10,000 / 35p, you can wander through the formerly inhabited house which is open to tourists every day. The house consists of two main buildings which are linked together via a courtyard. 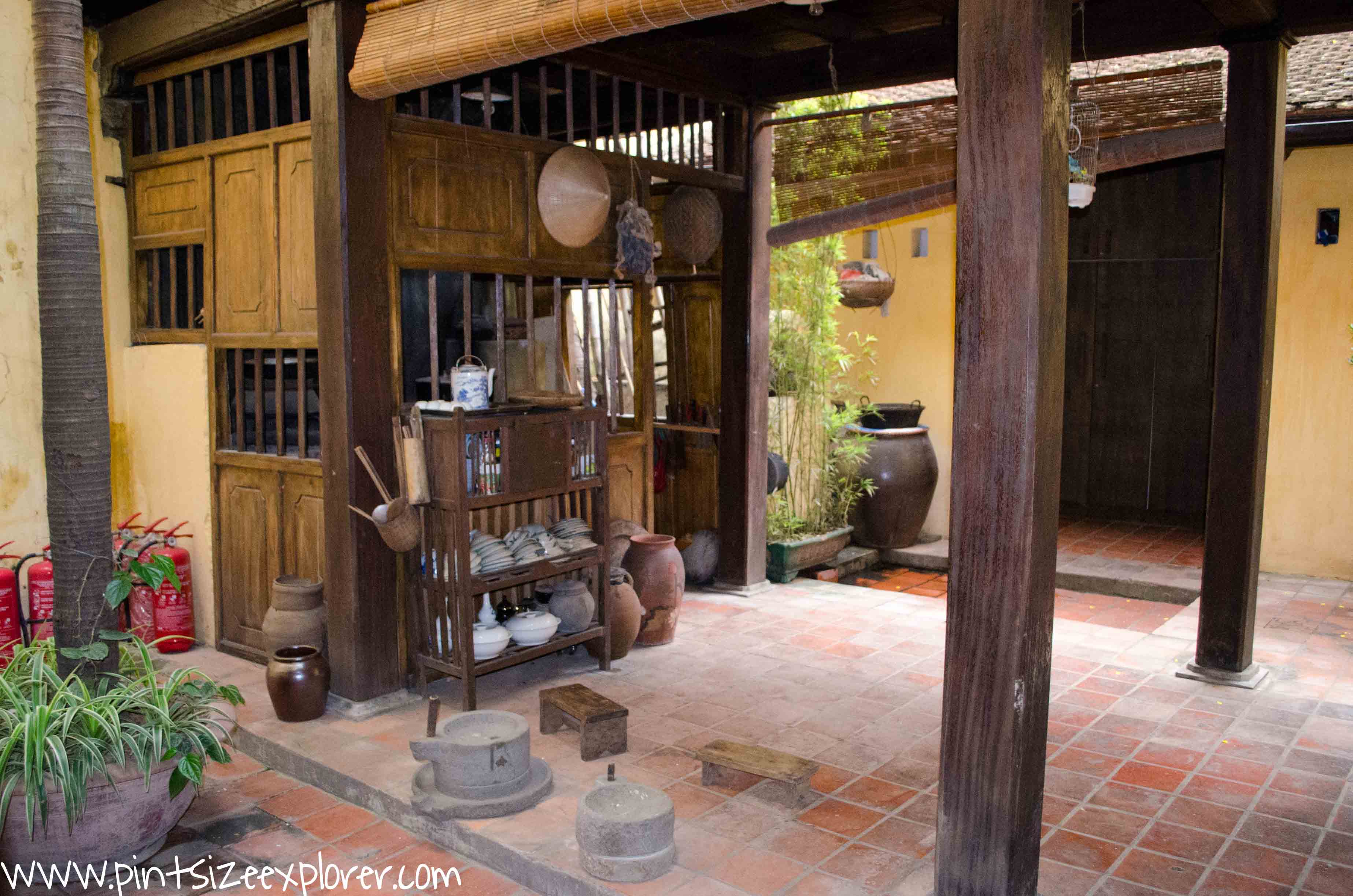 Vietnam is full of some crazy stuff, but nothing beats the madness of the train line that runs through the residential streets between Lê Duẩn and Khâm streets in Hanoi’s Old Quarter. These are working train lines that operate twice a day. If you can time your visit in line with a train passing, then you might want to hold onto your hat and squeeze up against the building walls as you come face to face with the passing train. 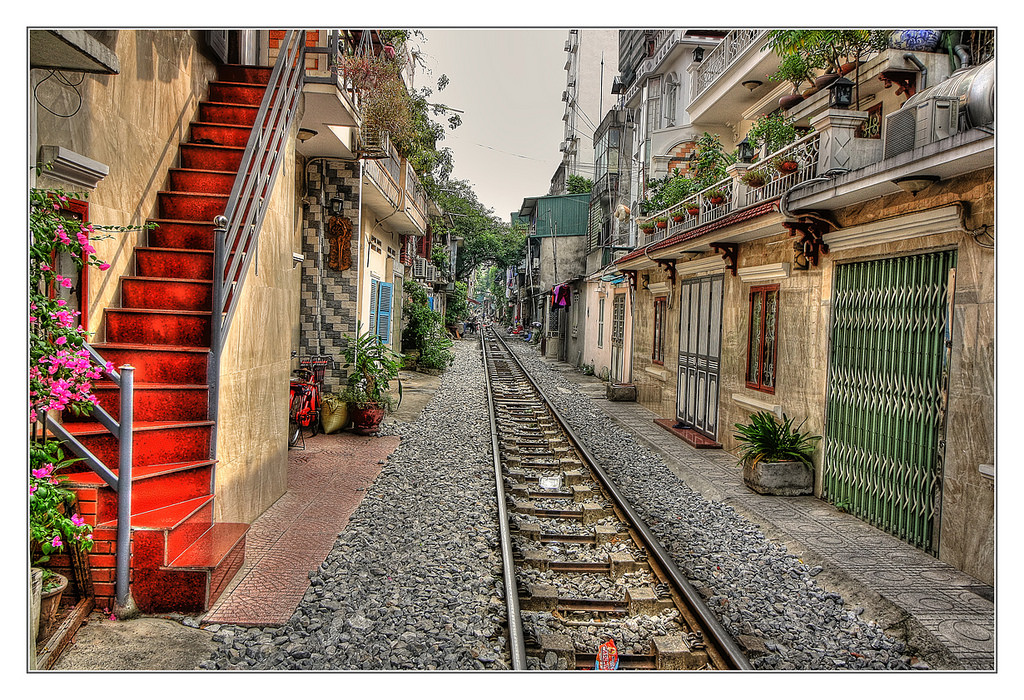 To the south of the Old Quarter, the picturesque Hoan Liem Lake is definitely worth visiting. Simply stroll alongside the waterfront, catch the locals practicing their morning Tai Chi, and visit the Ngoc Son Temple. The temple is set on a small island in the middle of the lake and can be accessed by a small footbridge. There was a small entrance fee of VND 30,000 / £1 per person, and ladies must cover themselves. Coverings were available to rent at the entrance. 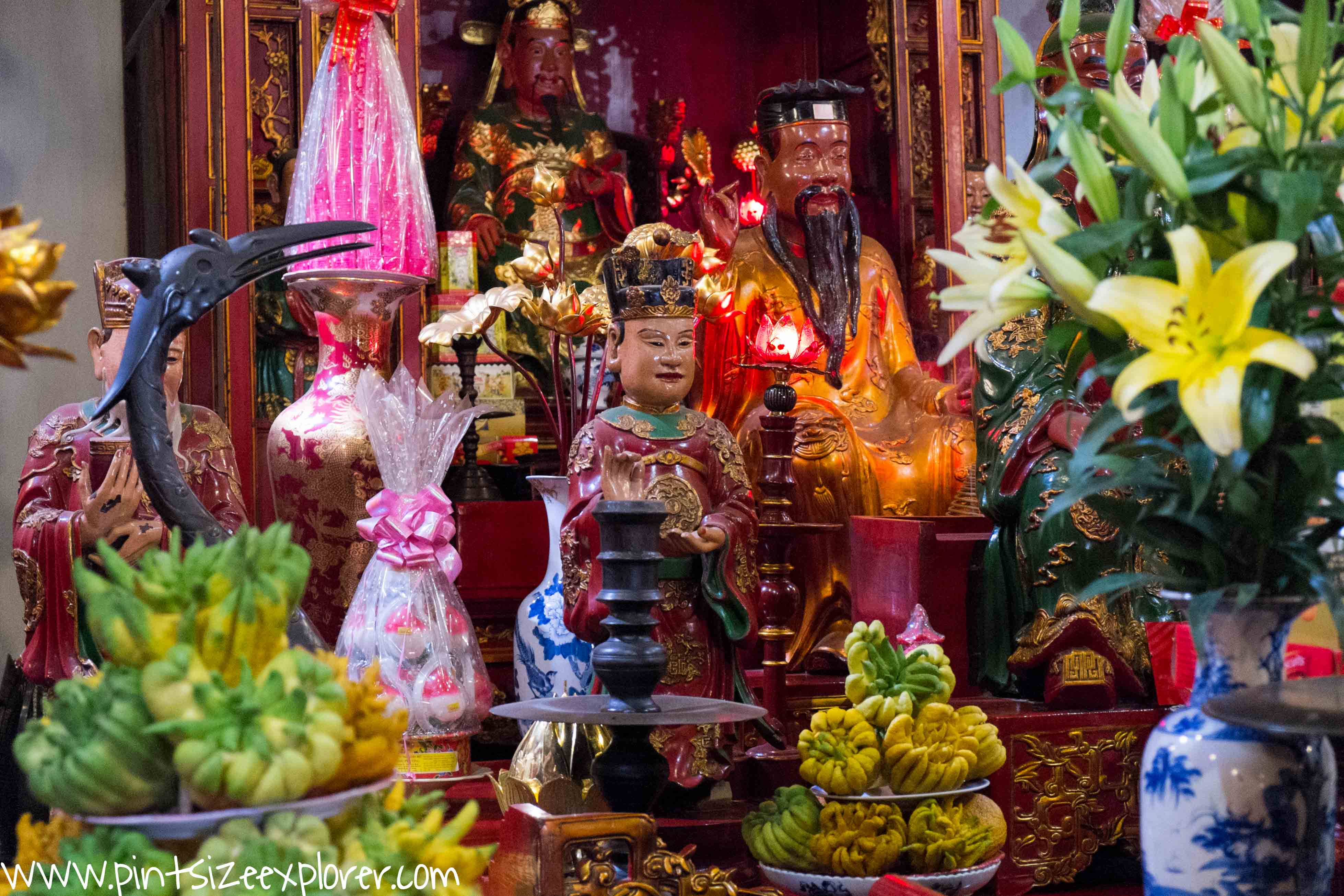 You’ll find a million places selling egg coffees, however head to Giang Café for the real deal. This is the original café that created the egg coffee when an egg was used as a substitute for milk. Mr. Nguyen Giang, a former bartender, opened the café in 1946, where his son Mr Nguyen Tri Hoa still works to this day. He was even working there when we visited so we said hello when we paid our bill. We sampled a few things on the menu – egg coffee, egg hot chocolate and egg rum hot chocolates – all of which were amazing! 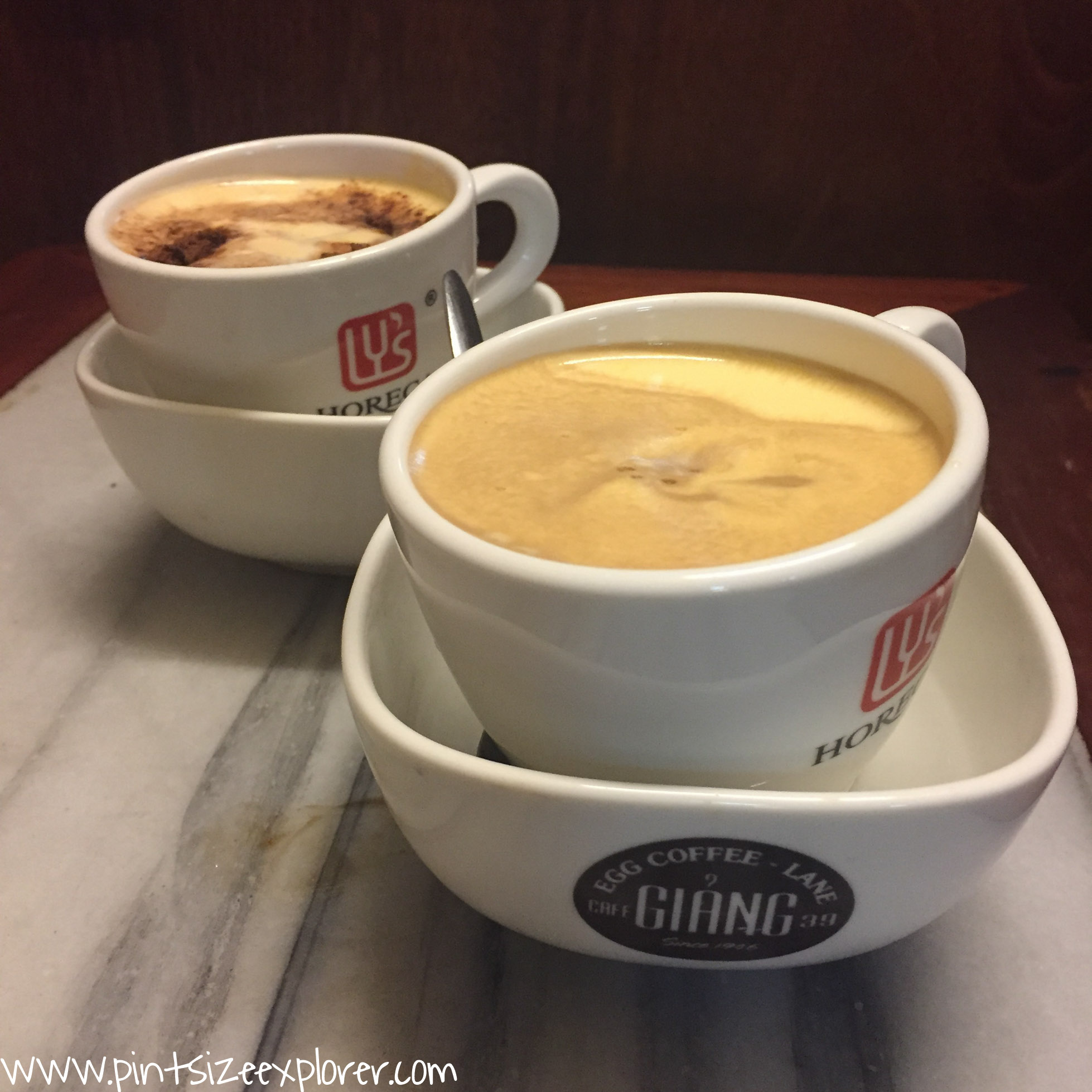 Head over to the corner of Luong Ngoc Quyen and Dinh Liet streets, famously known for its street food. Stumble into a maze of endless eateries and colourful (and seriously small) plastic stools, that line the streets with thirsty and hungry folk. We found a good spot right on the corner of both streets, perfect for people watching. Beers were CHEAP at VND 20,000 / 70p. Toilet facilities were dire (I peed in someone’s shower). People were great though! We instantly got chatting to a few groups of people, so it’s an ideal place for like minded travelers to meet. 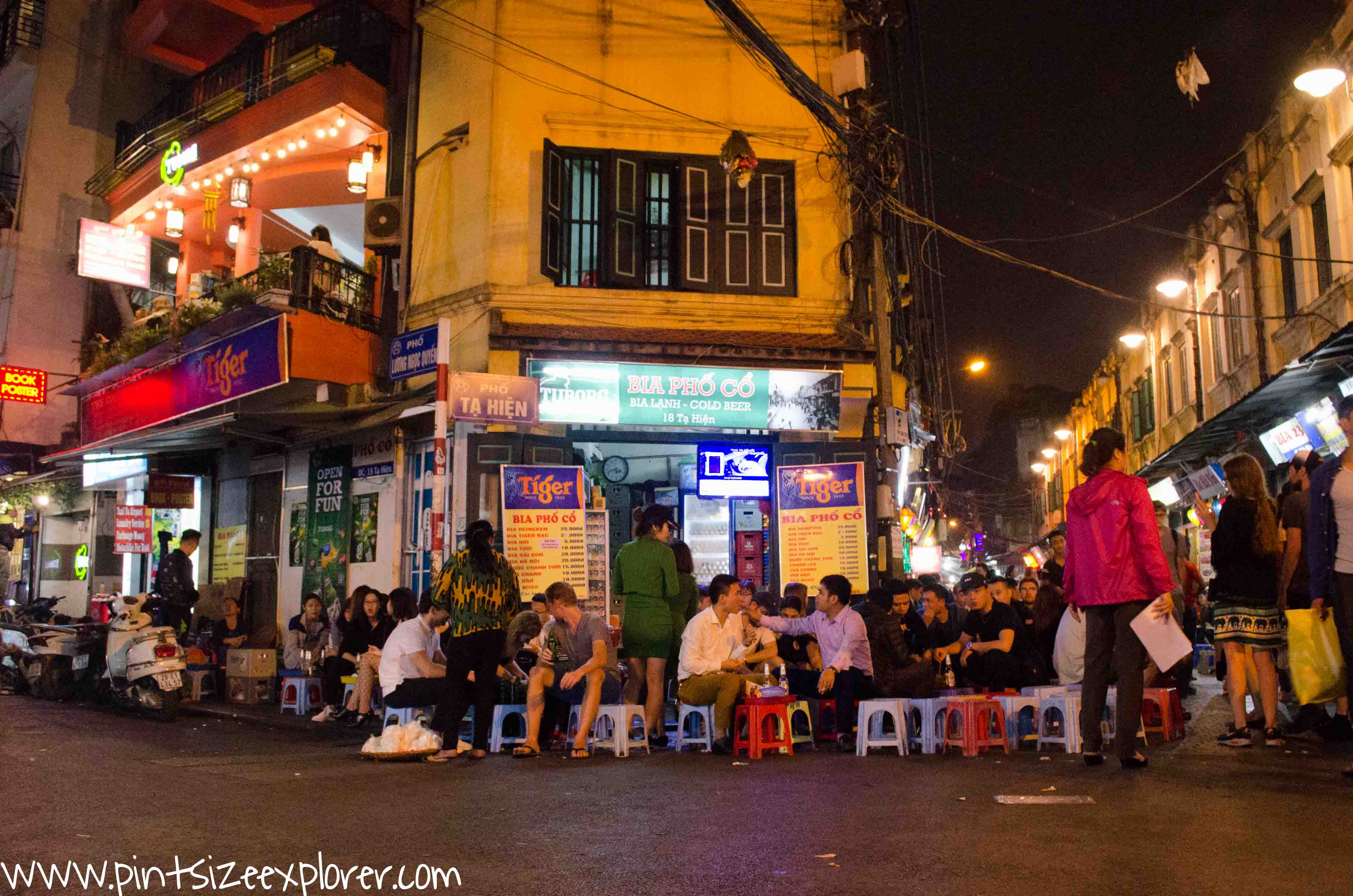 Located along the pedestrianised Hang Ngang Road, this night market sells everything you never knew you didn’t need. Solar panel battery packs, jewellery, sun glasses, clothes, bags, electronics, and so on. Expect most of it to be fake but very cheap! There were only a handful of food stands in the centre of the market, so I would suggest you eat before or after. Make sure you haggle and never accept their opening offer! 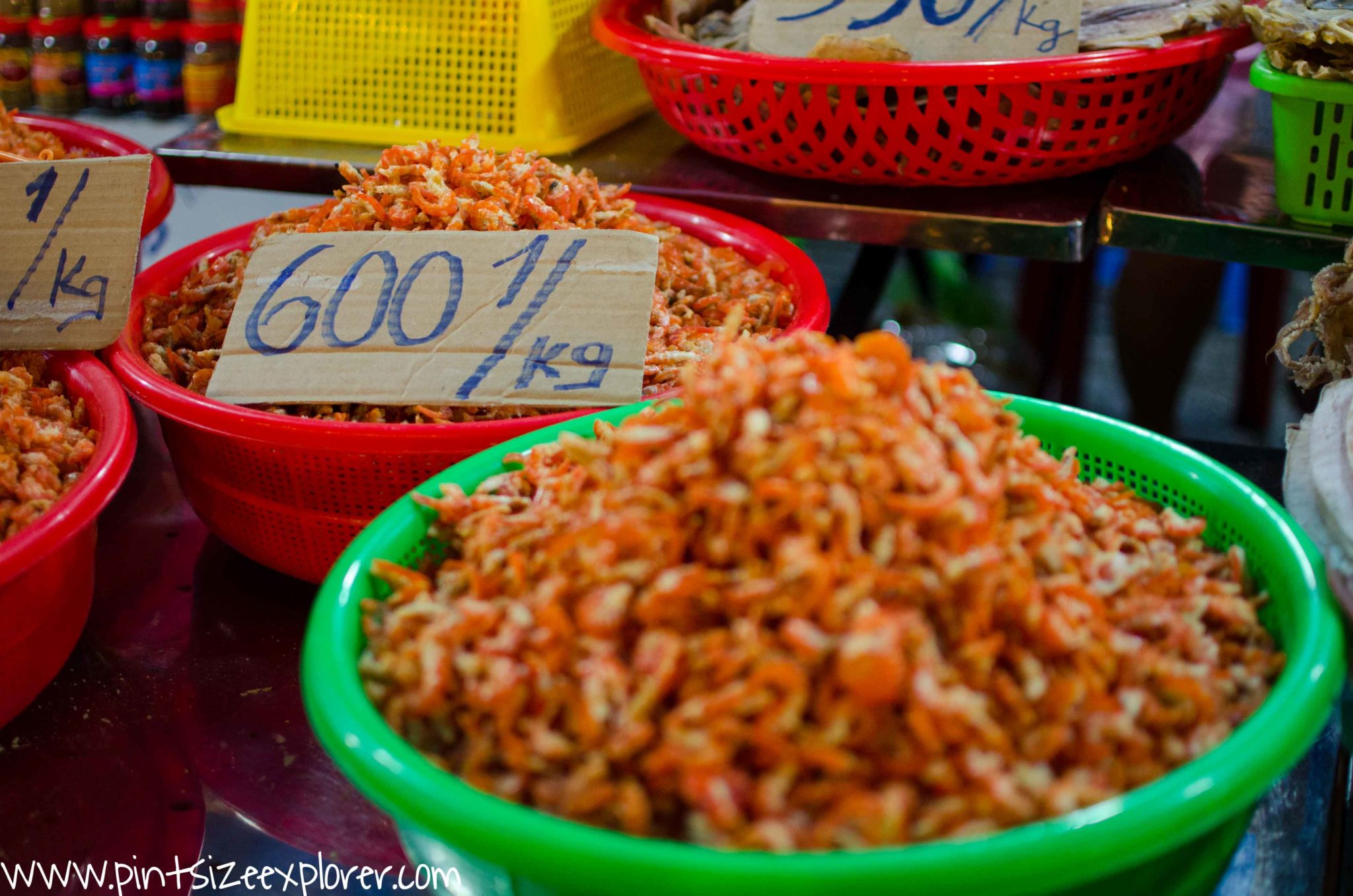