With 65 km of coastline and such a short distance from the city of Bruges, it would be a real shame not to visit one of the many lovely beaches in the surrounding towns. During my visit to Bruges, we were on a road trip so had our car to drive the short 25 minutes through the countryside and several small towns, however there are hourly trains that depart from Bruges and only take 15 minutes. You can also cycle there in roughly an hour depending on your pedal speed and fitness 🙂 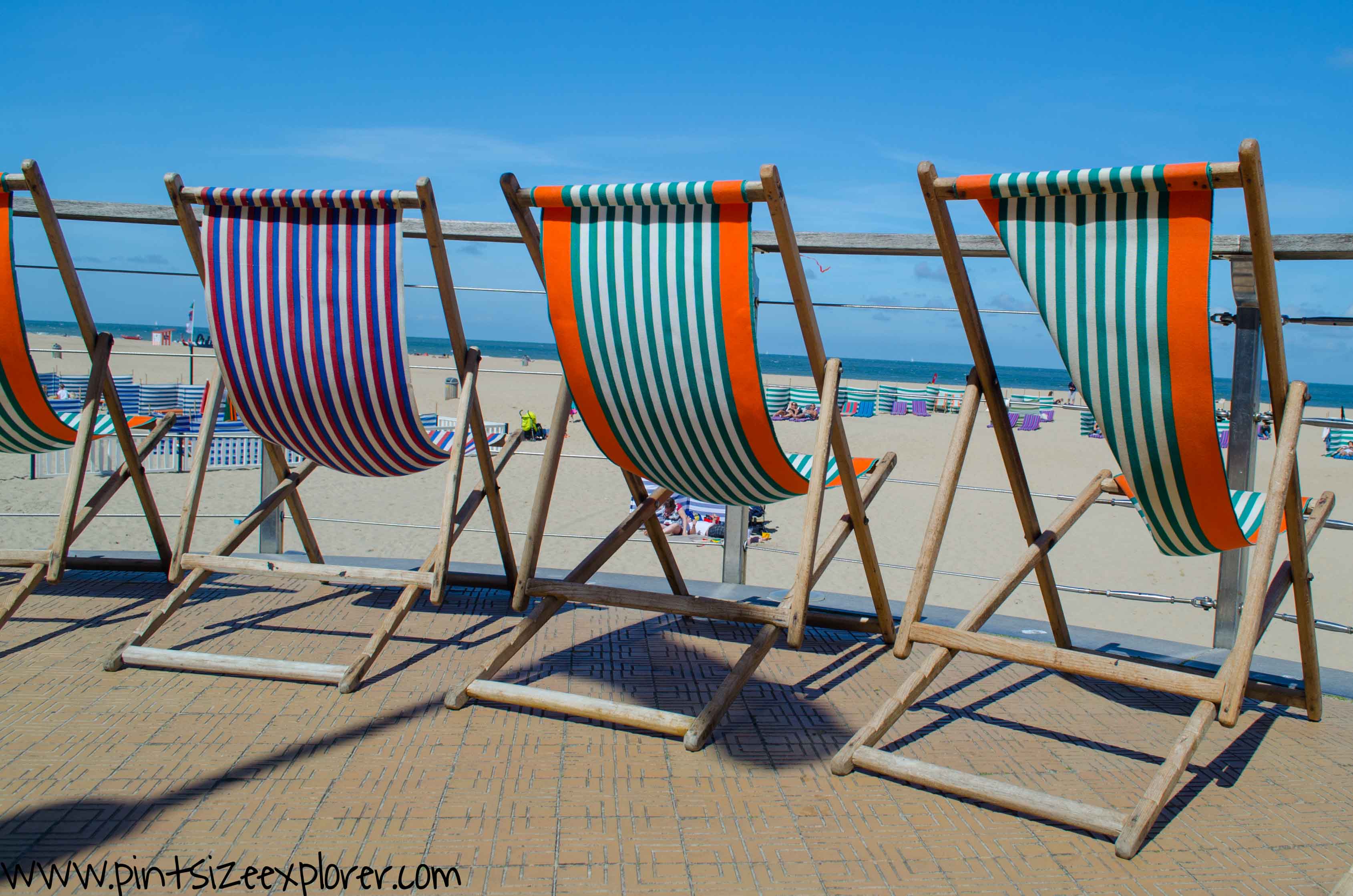 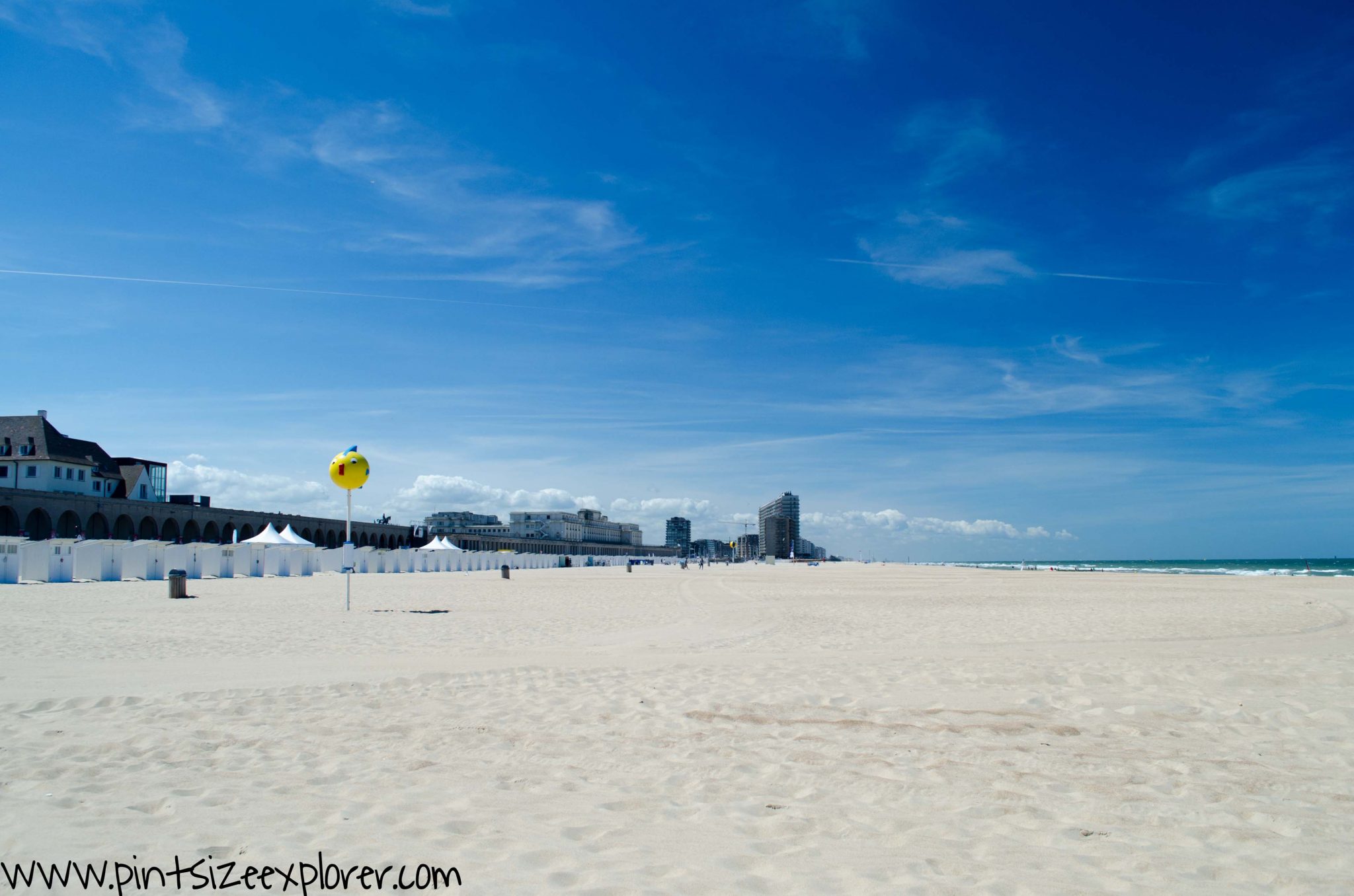 Once you make it to the coast, it’s easy enough to travel from beach to beach if you don’t have your own car as there is a coastal tram that runs the entire length of the coastline, covering 70 different tram stops, and takes roughly two hours to ride one way. If you are familiar with Belgian children’s TV shows, then you may have heard of Plop the Gnome (I have no idea who he is either!). Along the coast, with its own tram stop, there is a kids theme park – conveniently called Plopsaland! Despite the great name we didn’t visit Plopsaland.

The first beach we visited was Ostend. This large clean beach had a wide Promenade lined with restaurants, cafes, hotels and a few shops. This felt very much like a family resort with a lovely calm vibe. The beach had only a handful of people on it and there was no problem finding a space to make your own. 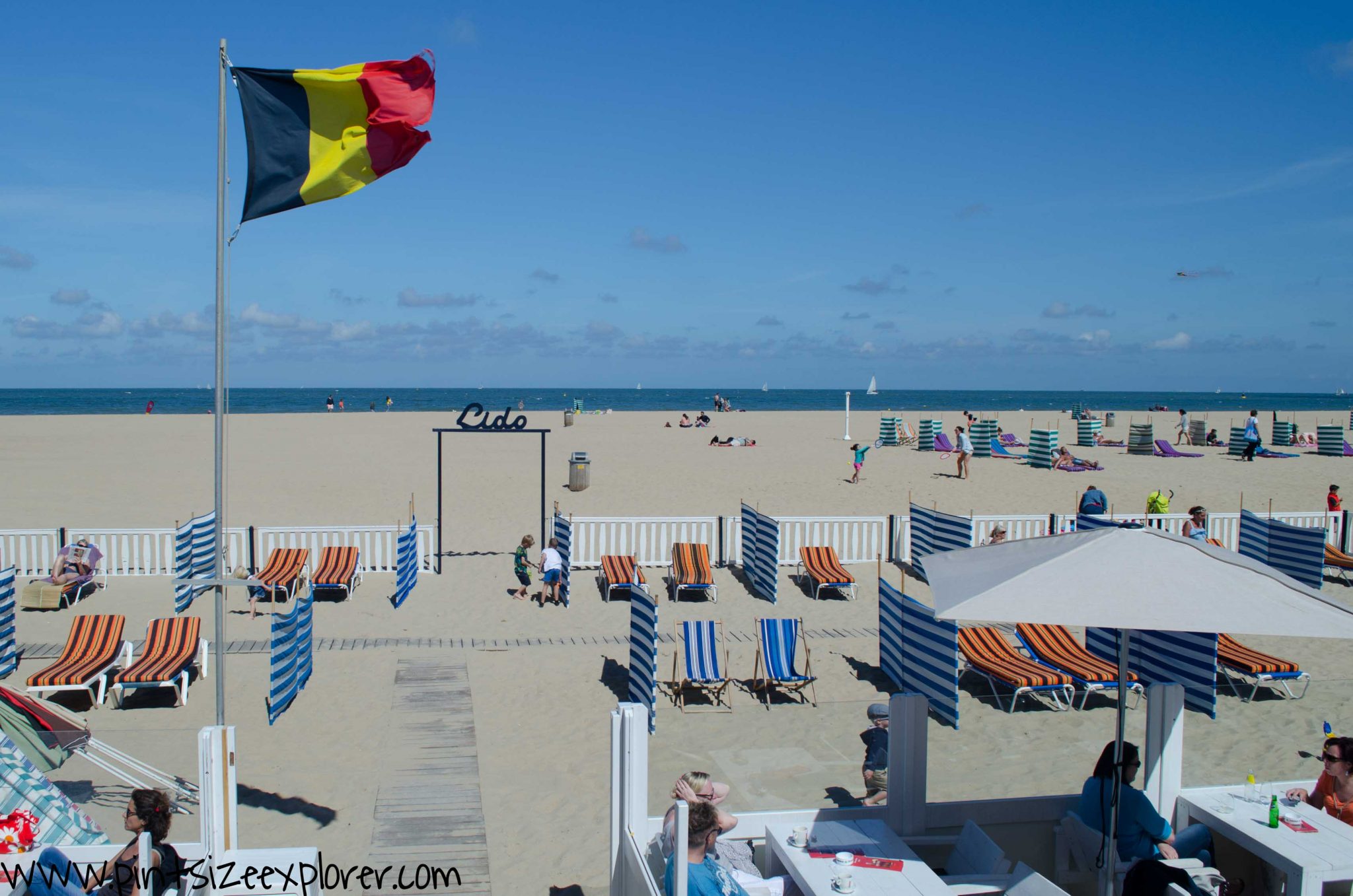 Along the beach there were a number a sleek white Beach huts which I believe are privately owned by locals. We hired a fun duel bicycle to cycle along the promenade, which cost €12 / half hr or €18 / hour. These hilarious bikes could be hired with a single, double, triple, quad or even six seating configurations. 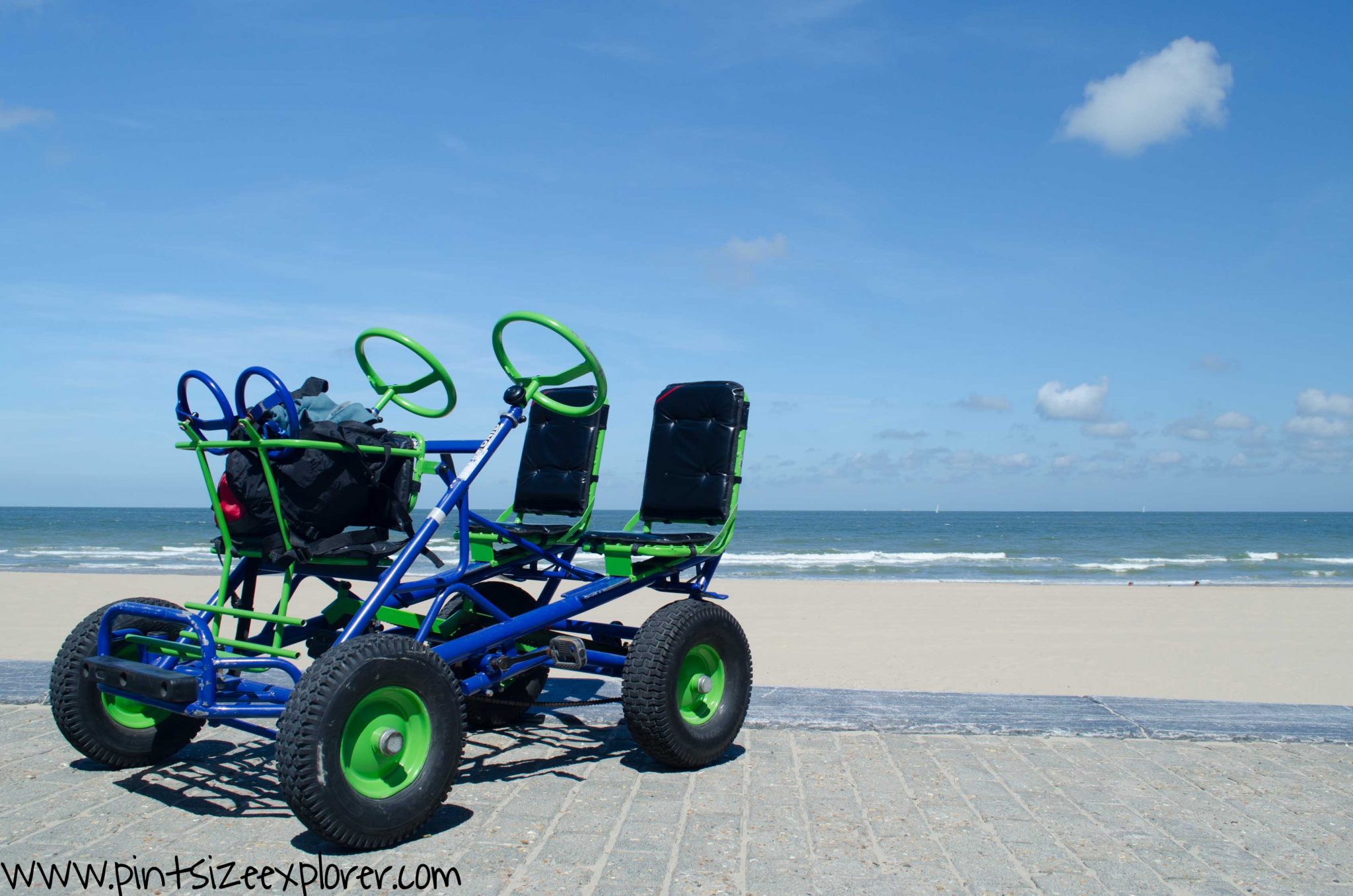 We drove over to Knokke beach afterwards and immediately you could feel this was one of the more popular beaches along the coastline. With a choice of five different beaches, several beach bars, loads of restaurants, high rise apartment blocks and a scattering of hotels, Knokke definitely had a more vibrant feel to it. 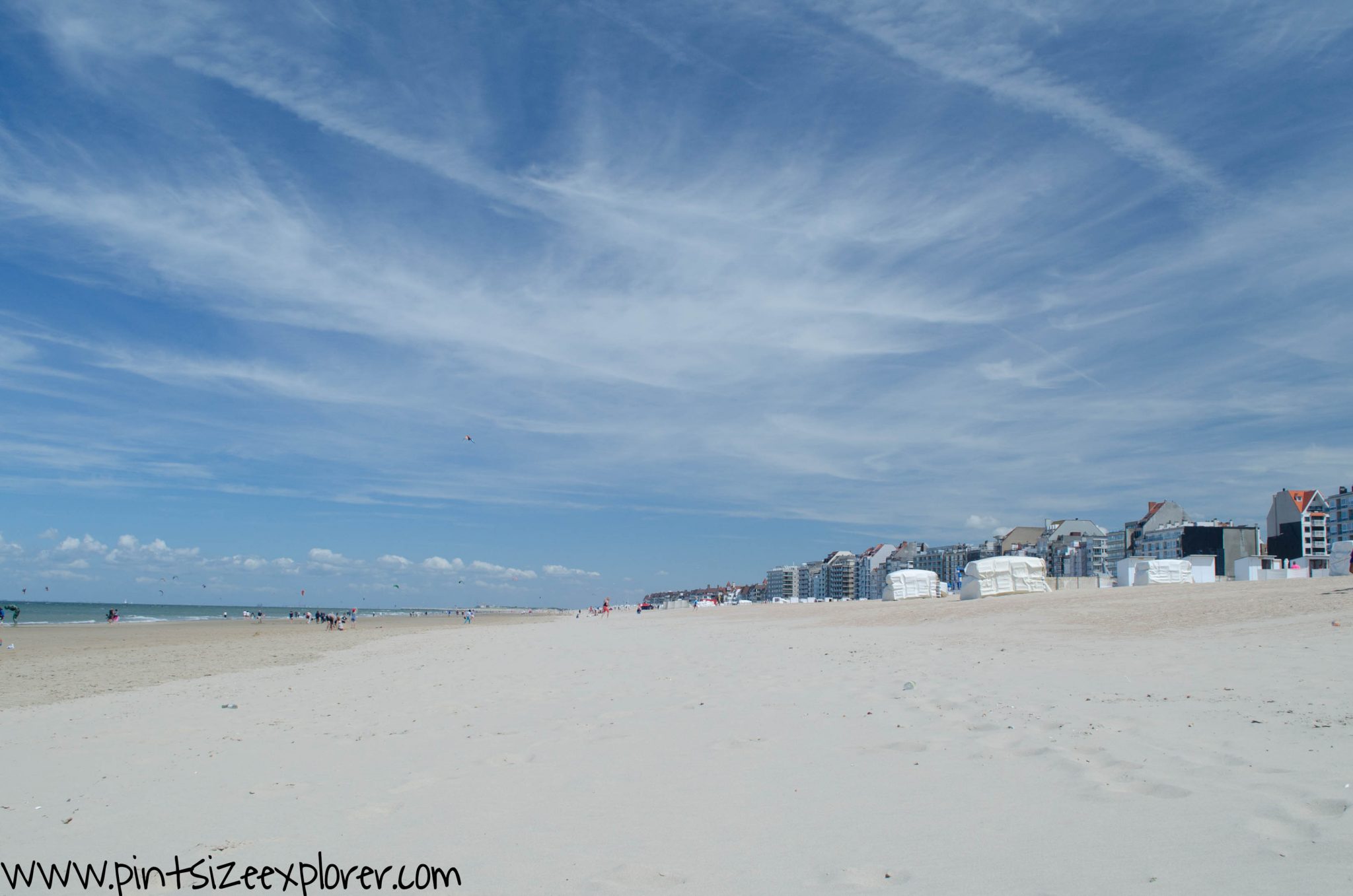 Anyone driving should get there early as parking was a nightmare and we ended up being very naughty and leaving the car on a one hour max parking spot and risked the fine – luckily no pesky parking attendants found us! There were loads of nice looking beach front restaurants and cafes, all were brimming with visitors. As we were short on time we pretty much ate at the nearest place we found which was The Cambridge, but we could have definitely found somewhere nicer if we had walked further down the promenade and had more time on our hands. 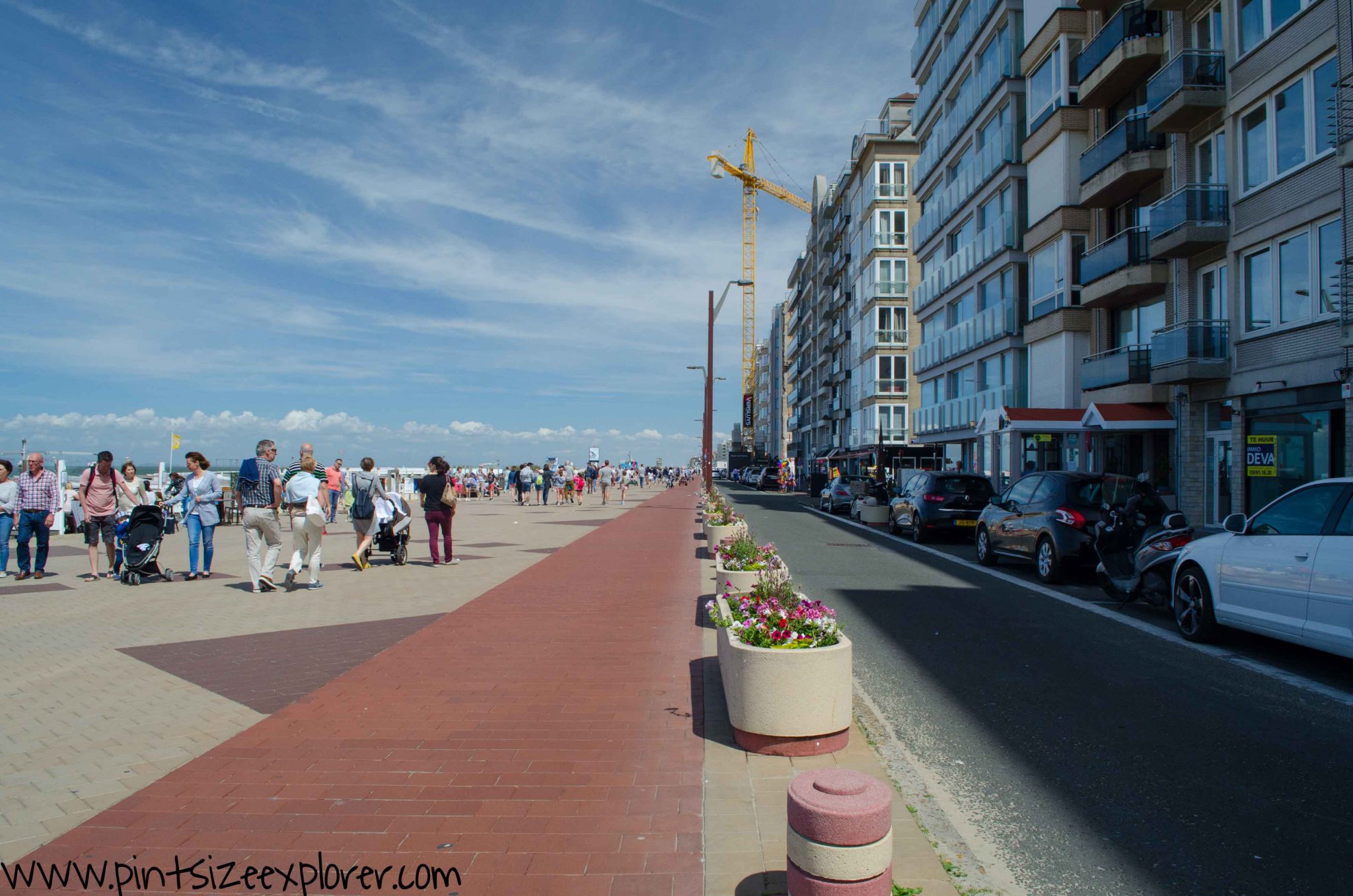 The beach itself was extremely busy. If there wasn’t another beachfront bar, then there were beach huts and sun loungers everywhere. In fact, the only clear bit of beach where we could see down to the ocean was in the sectioned off area where dogs were permitted. I’m sure if you walked much further down it would have become far less busy though! 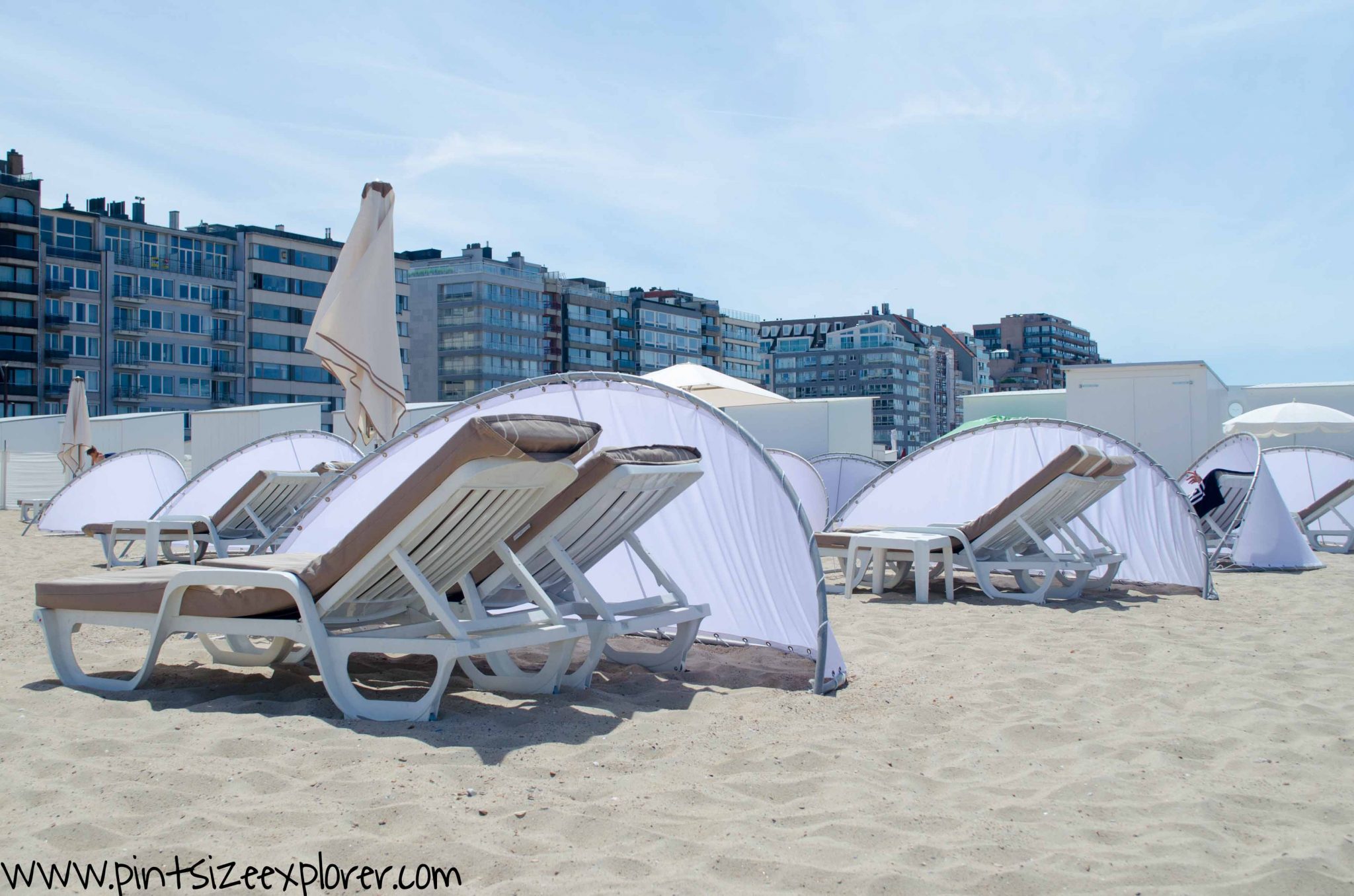 Check out The Siesta Beach Club which looked like it would have been more at home in somewhere like Ibiza with their Buddha statues, lounge music, bean bags and stunning gazebos! There were several different bars like this along the beach, so definitely have a stroll and look around before you settle on the first place you see. Interestingly I read there is also a nature reserve here, however we didn’t get to explore that. Next time! 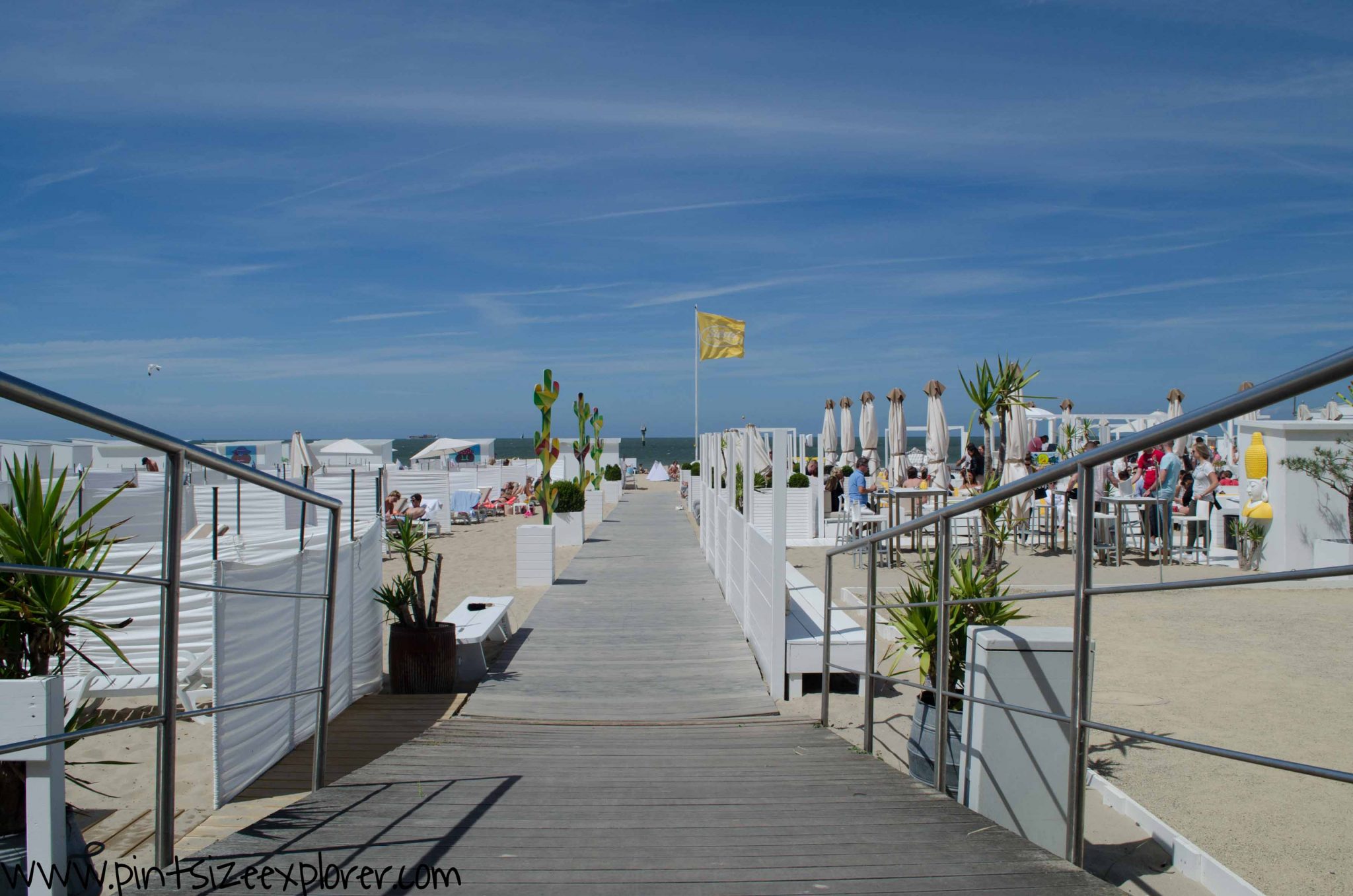 Sadly we were only on a day visit from Bruges so didn’t have time to check out any of the other beaches, but I read a lot about Blankenberge which sounded perfect for those seeking a more vibrant beach day. Here you’ll find an abundance of food stalls, a lovely harbour and most importantly a buzzy night scene to keep you busy after a day in the sun. This beach also has a picturesque pier with its very own restaurant and bar not to be missed. 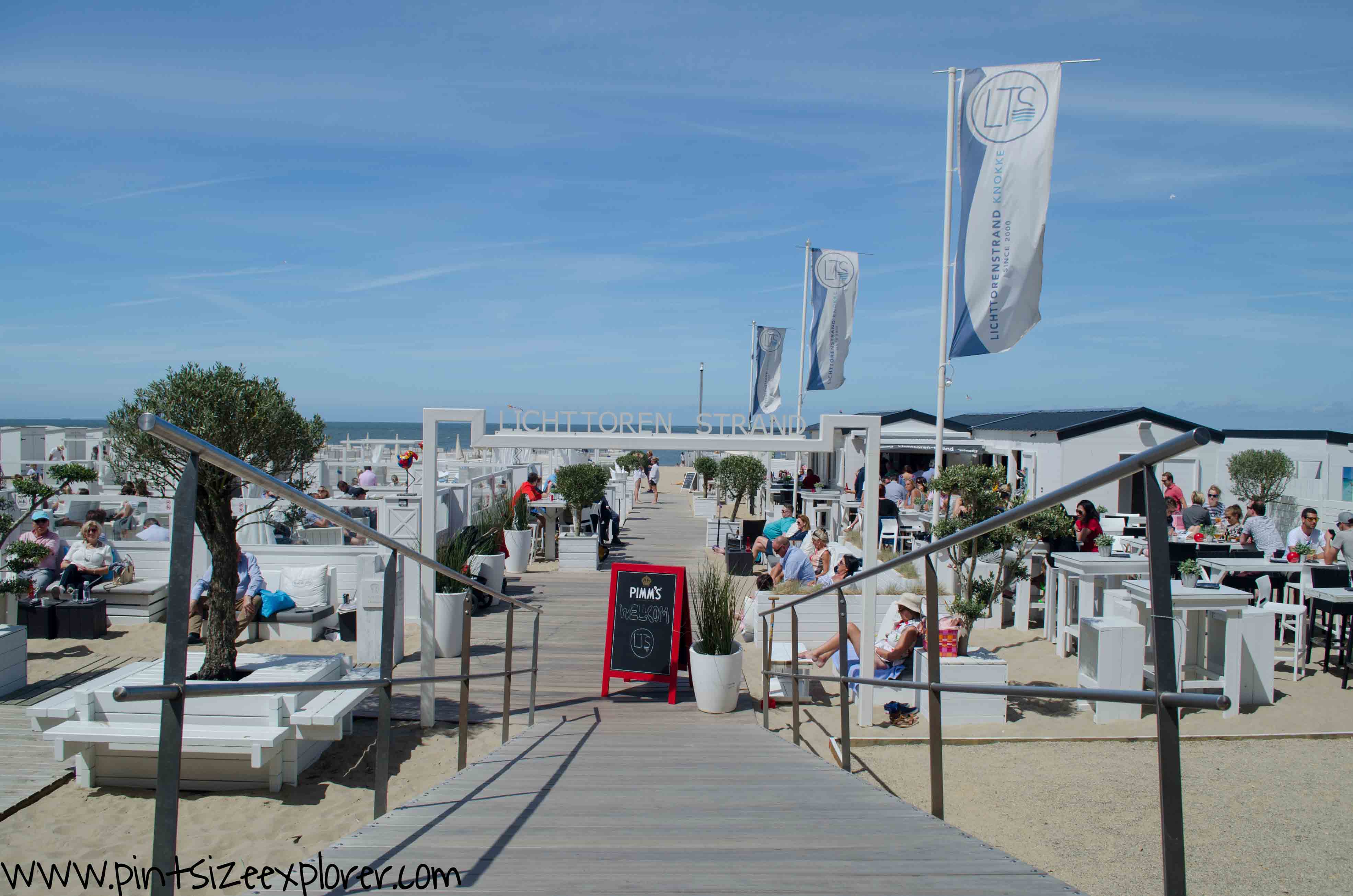 If you have more time on your hands then consider visiting some of the other beaches which include;

De Panne – fancy your hand at sand-yatching? The widest of the beaches also has some impressive scenery and sand dunes not to be missed.

De Hann – a beach with more character and less of those unsightly high rises buildings.

Bredene – sandwiched between the other beaches with less going on, this would make a nice pit stop whilst exploring the coastline on foot or bike.

Koksijde-Oostduinkerke – the only resort in the world – apparently- where you can still see horseback shrimp fishermen. 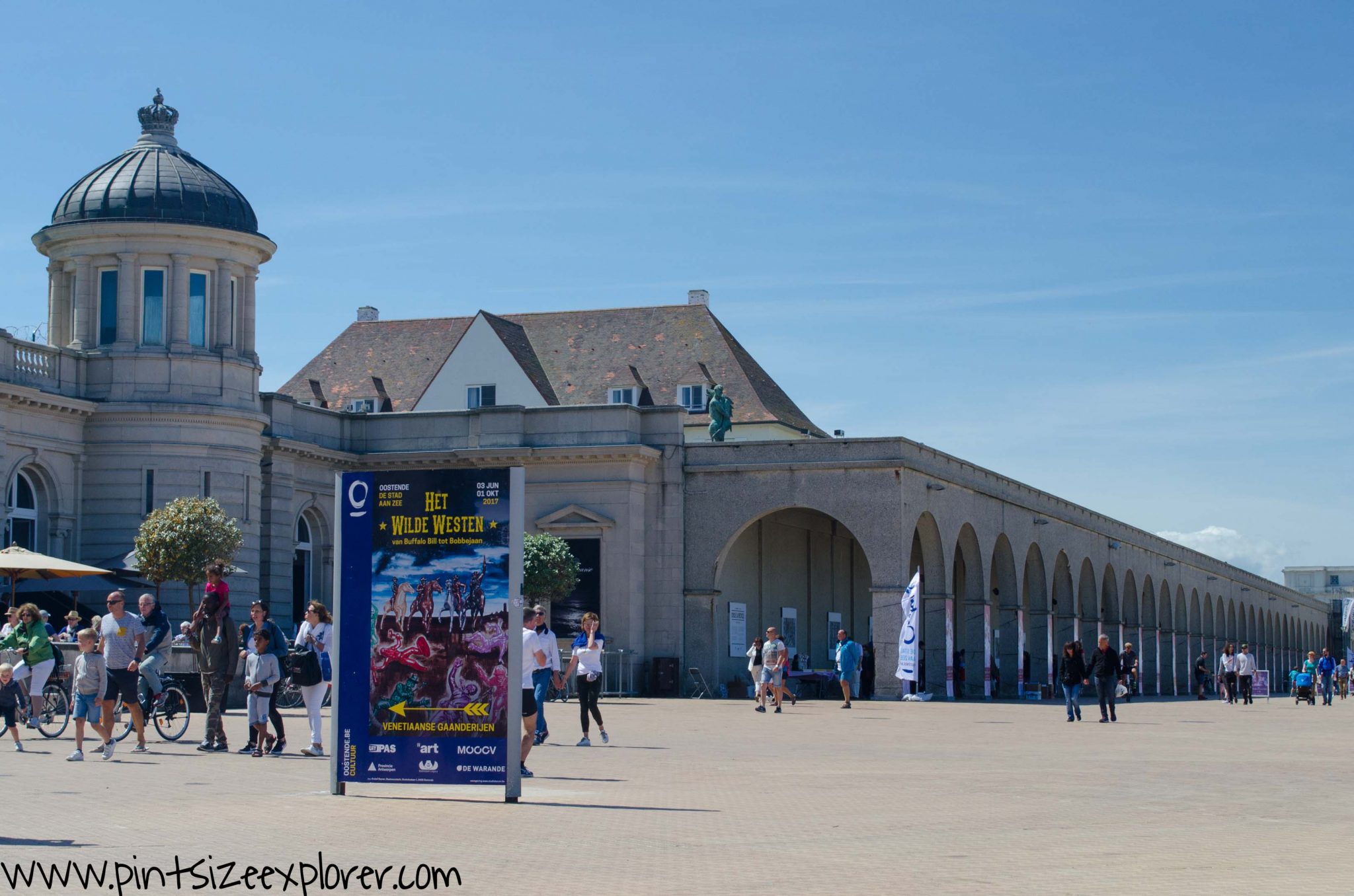 Read more about my trip to Belgium here ->