The David Sheldrick Wildlife Trust is an amazing organisation that rescues animals, predominantly elephants, from all over Africa. The trust frequently receive reports of trapped, injured or abandoned elephant calves, and swiftly head out to the location to rescue the animals. Depending on the location of the rescue, the calves are either driven back to the orphanage in an epic overland journey, or flown back by helicopter. All the rescues are documented and filmed, and can be found on the DSWT website under each individual orphan’s profile. If you are anything like me, then you’ll need your tissues ready as there are some real tear jerking moments caught on camera. 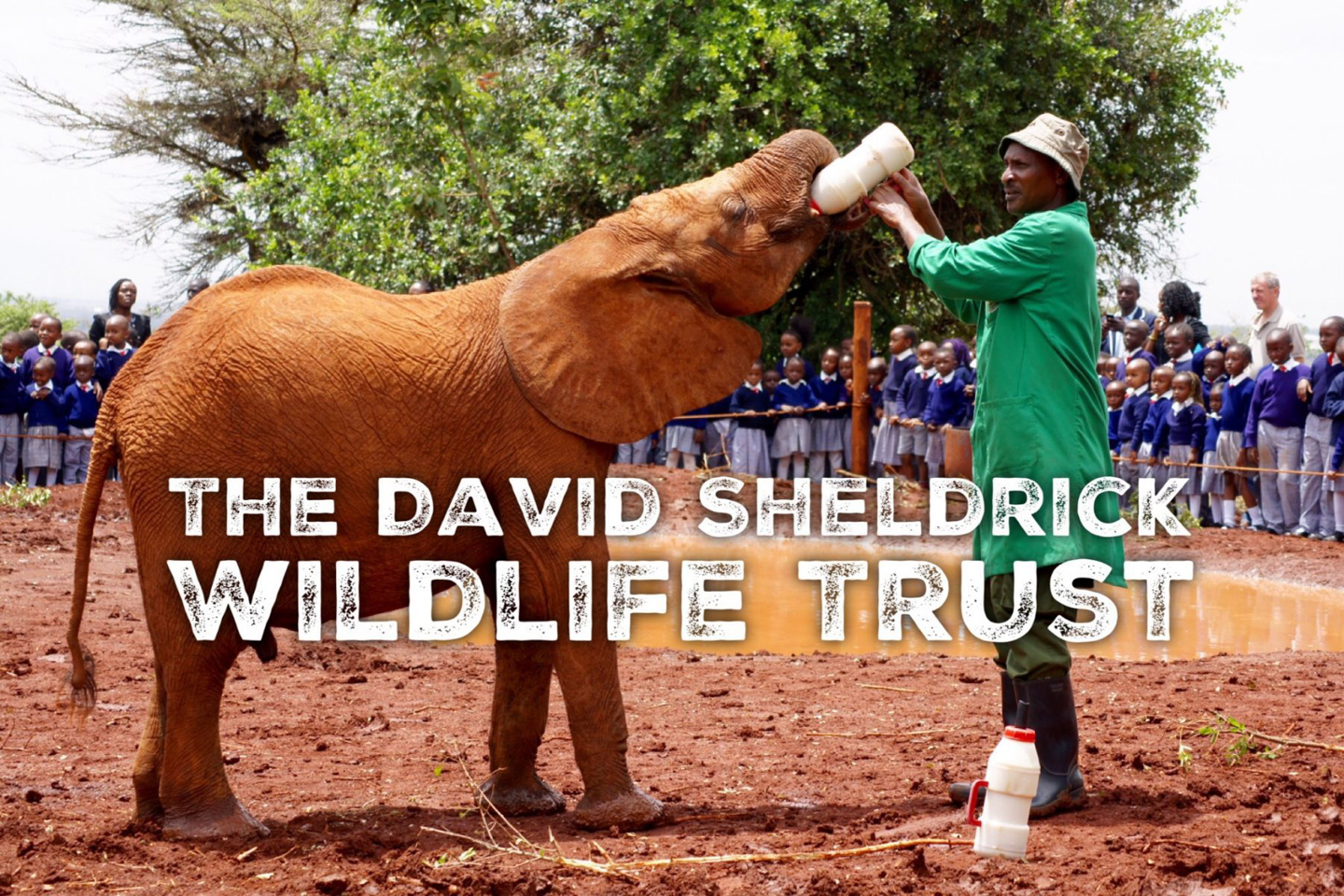 Born from one family’s passion for Kenya and its wilderness, the David Sheldrick Wildlife Trust is today the most successful orphan-elephant rescue and rehabilitation program in the world and one of the pioneering conservation organisations for wildlife and habitat protection in East Africa.

The DSWT was top of my list of places to visit in Kenya, mainly because I had adopted Ngilai, a baby elephant calf, for my boyfriend Adam as a birthday present earlier in the year and I couldn’t wait for him to meet his adoptive baby elephant!! Once I had adopted the little Nellie, we were sent monthly updates from the trust and couldn’t wait for the day that we could meet our little friend!

The elephant orphanage is located on the outskirts of Nairobi National Park, where the animals have the space and freedom to roam as they wish during the day. The elephants are all herded back to the nursery at midday for their daily feeding and mud baths, and then later in the afternoon where they are taken to their individual stockades to be looked after by their keepers who are absolutely dedicated not only to their jobs, but also to the animals. 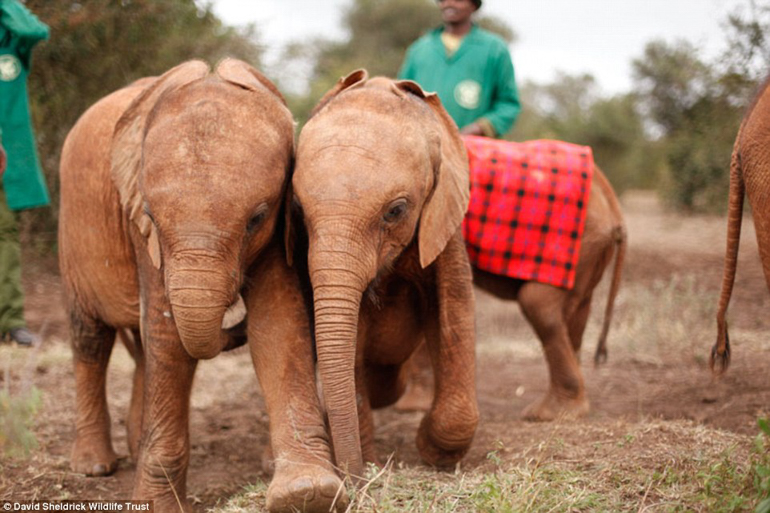 Visitors are welcome during the hours of 11:00 – 12:00. There is no charge but a minimum donation of USD $7 (500 KSH) is requested – a very small fee for this memorable encounter if you ask me! In addition to the regular visiting hours, foster parents are also able to visit during the hours of 17:00 – 18:00 when the elephants return to their stockades – that was us!! Appointments must be made in advance by contacting the team via email at info@sheldrickwildlifetrust.org and stating your name, which country you are from, and who you are adopting.

Let Me Introduce You To Ngilai

Comments on Place Found: Found stuck in a well by community members who came to the well to water their livestock

Reason for being Orphaned:  Well Victim

We weren’t quite prepared for such an up close and unique experience but I can hands down say this was the best part of my 2 week trip to Africa! Upon arrival we were greeted by one of the DSWT keepers clad in his green overalls and wellies, who checked our names off the list. At 17:00 the gates opened and with a flourish of excitement we walked past the elephant stockades and through to the rear of the nursery where we were asked to line up single file as one of the keepers welcomed us and told us a little more about the trust, and what we would experience over the next hour. 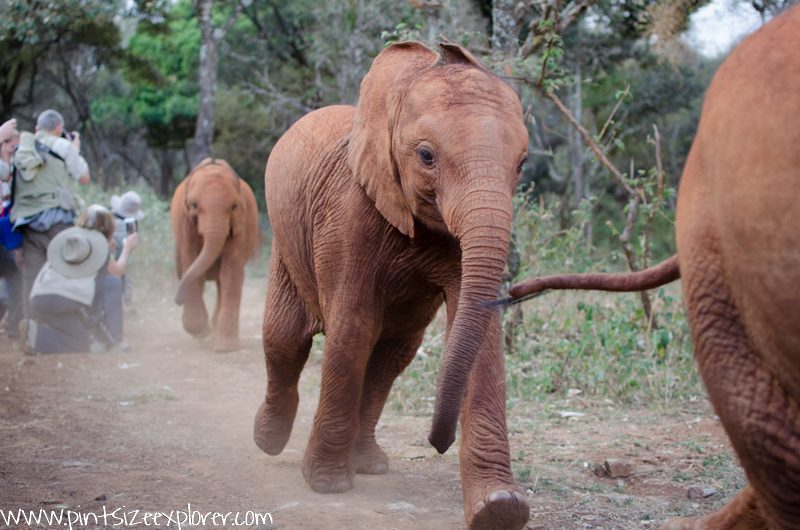 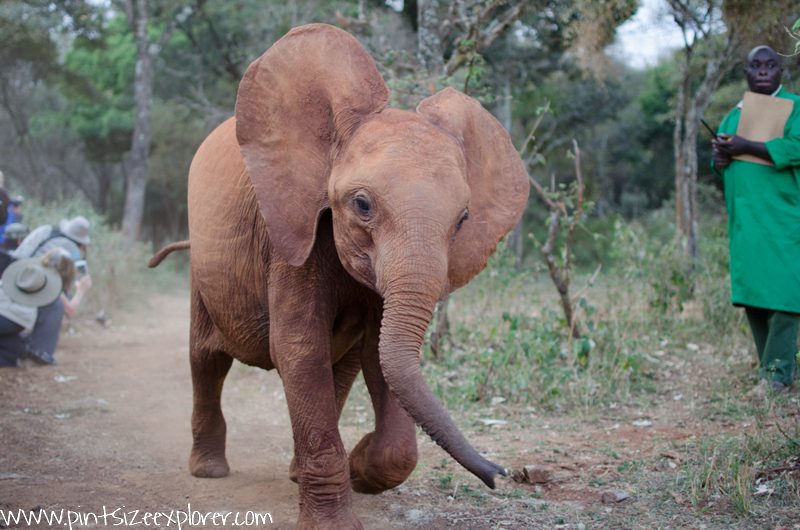 We heard a rumble from the forest and as we looked out into the National Park, we slowly saw the baby elephant calves trotting towards us, one by one in a single line. Every single person’s face bore the expression of a 5 year old who had just been told they were going to Disneyland, unable to believe what he or she were seeing. The calves varied in age from as young as six months and up to three years old. The keeper announced each and every calf by name as they came stomping past us. This was truly a magical moment to be within hand reach of these magnificent animals. 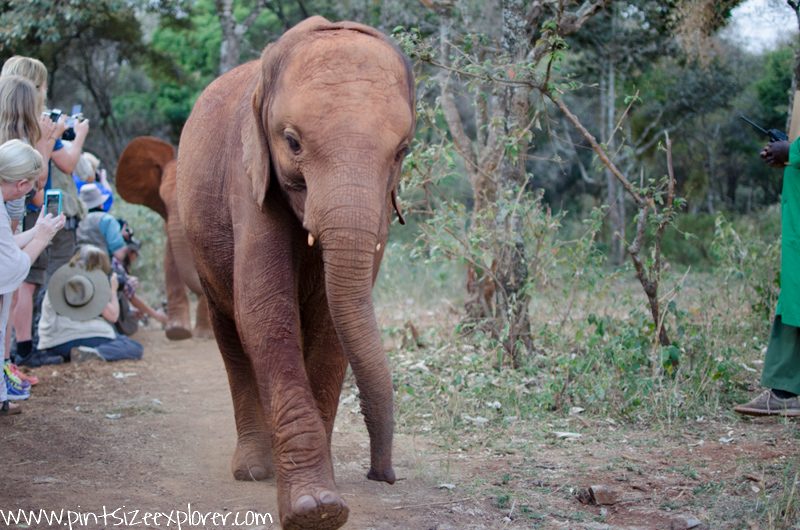 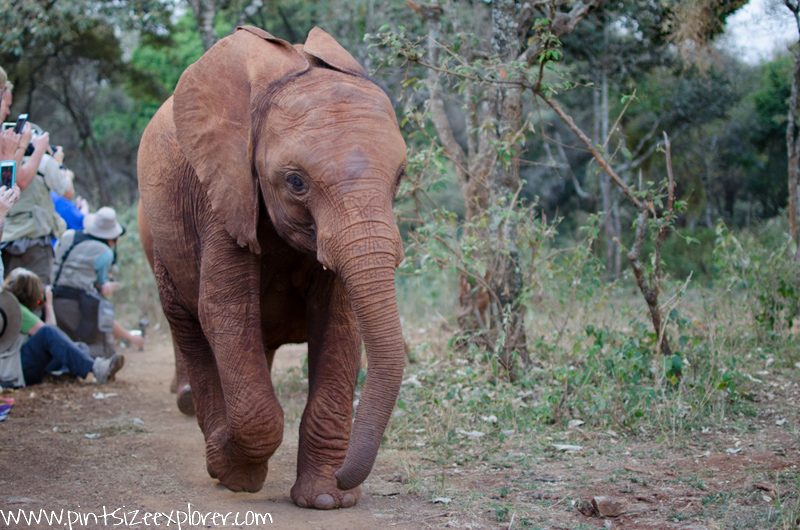 Watch The Moment We Met Ngilai

Although the footage isn’t great quality, you’ll get the gist of what we experienced. If I realised we’d be anywhere near as close as this, then I would have come prepared with a proper video camera. So there’s your top tip – learn from my mistake and go prepared!

Once all the elephants were reared into the nursery and were taken back to their individual stockades, we were allowed to go meet them. Over the next hour we were able to visit each and every elephant, taking our time to chat to the hard working keepers to learn more about their rewarding jobs and what it involves to complete a rescue. Each pen had a small wooden elevated bed set up for the keepers as they slept in the enclosure with the calves. One of the keepers told us they had to regularly rotate between the elephants to ensure none of them got too attached to their humans. These guys are absolute hero’s in my eyes! 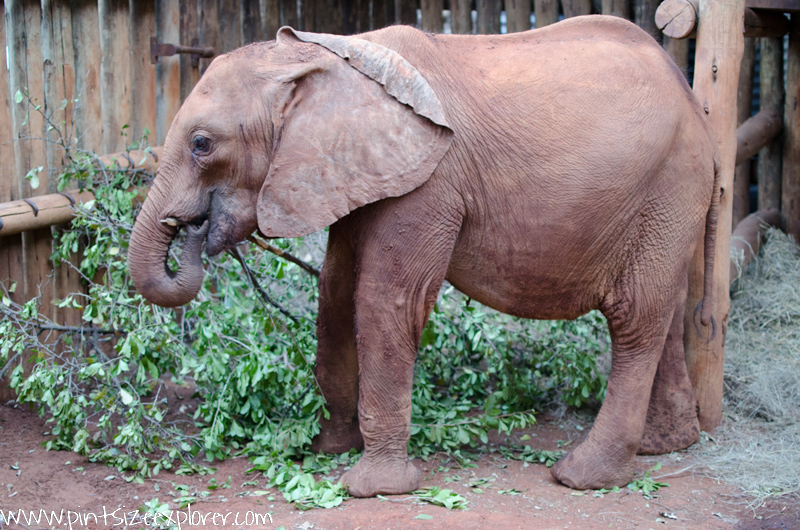 The elephants came from a mix of backgrounds. Some were rescued when poachers had sadly killed their mothers. Some were heart breakingly found lost or abandoned. Surprisingly, there were even a number of well victims (as in the calves had fallen down a well), like our little friend Ngilai. 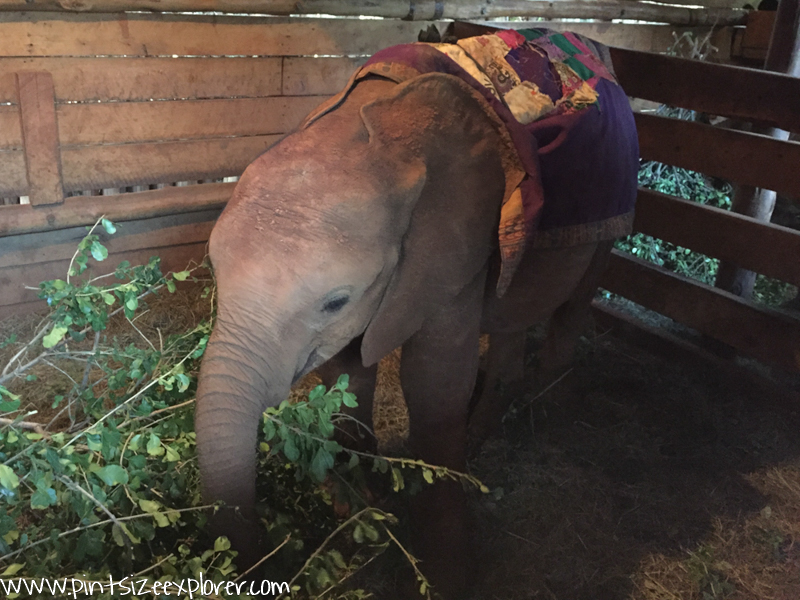 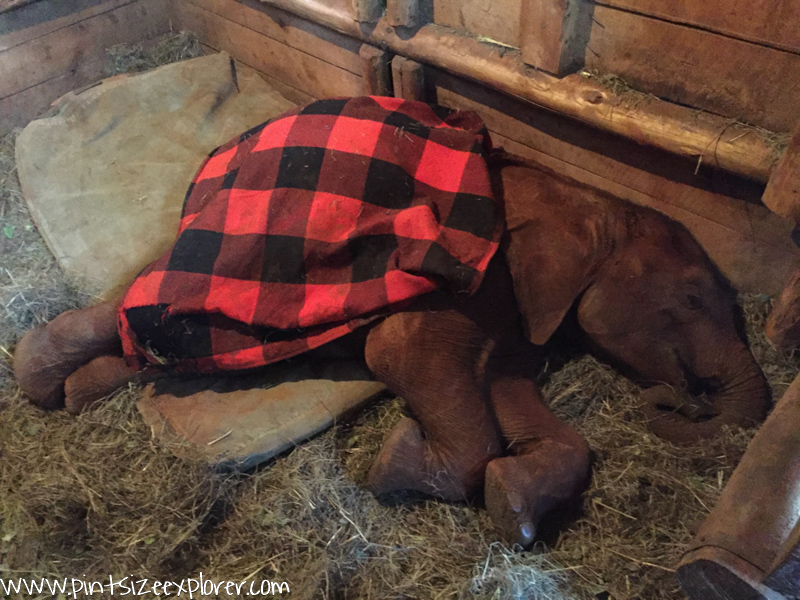 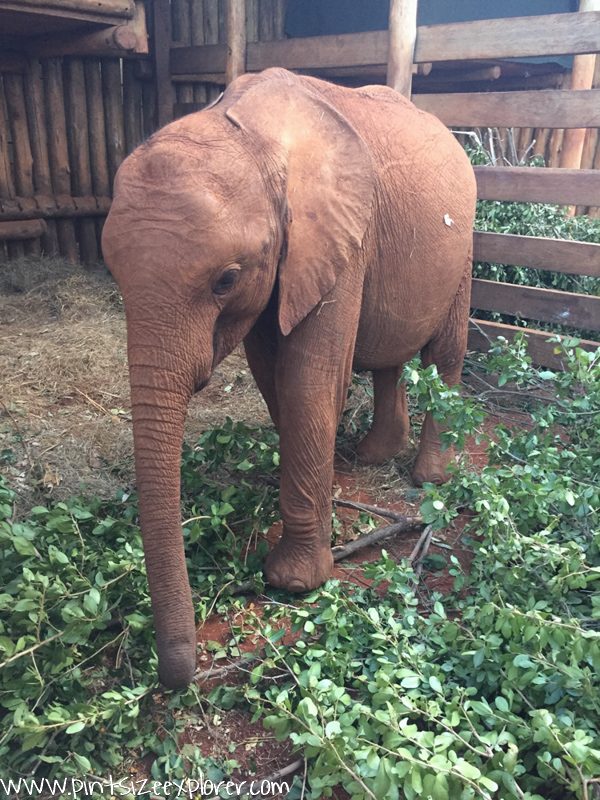 Although the trust predominantly rescues and fosters elephants, they do also have a handful of other animals that they have rescued and now also live onsite in the orphanage. I’d read about Kiko the giraffe before our visit and was very tempted to adopt him too, however we were unsure if he’d still be at the sanctuary as he was approaching six months old and was due to be released back into the wild. Luckily for us Kiko was still there, so we were able to see him. It breaks my heart to think how Kiko was rescued at just one week old when he was found all alone without his mother. It’s a horrible thought, but at just one week old Kiko stood a very small chance of survival out in the wild on his own. Good job the DSWT saved the day!

Click here to read more about Kiko and his rescue 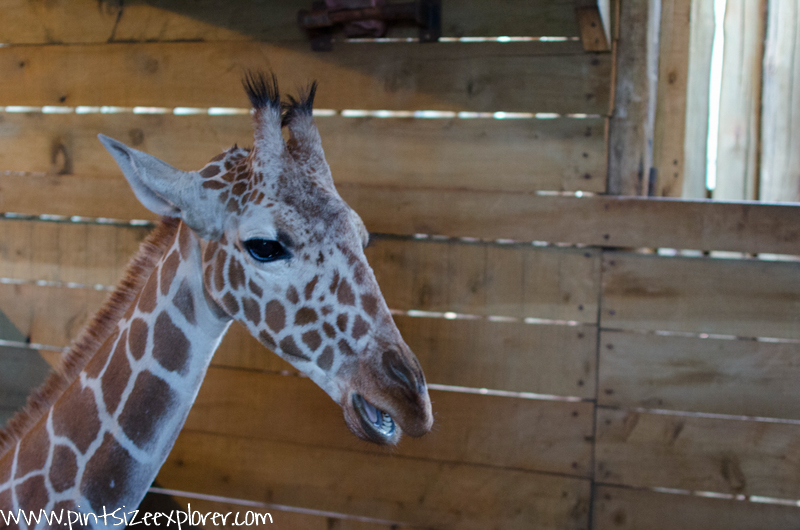 We also met Maxwell the lovely rhino who rescued back in 2007 when he was just one year old. Sadly Maxwell had serious problems with his eyesight when he was rescued, and despite receiving treatment from a specialist ophthalmologist from the Johannesburg Animal eye Hospital, it was later confirmed that Maxwell was in fact blind in both eyes.

Click here to read more about Maxwell and his rescue 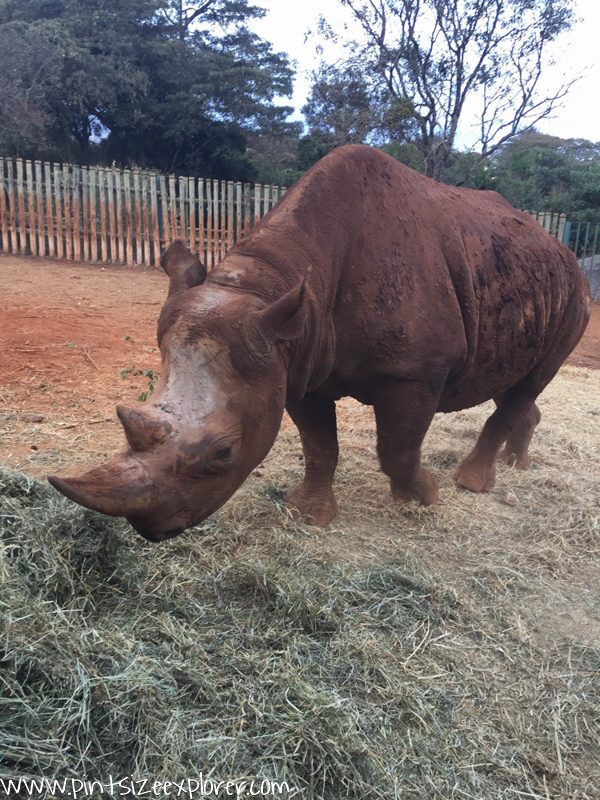 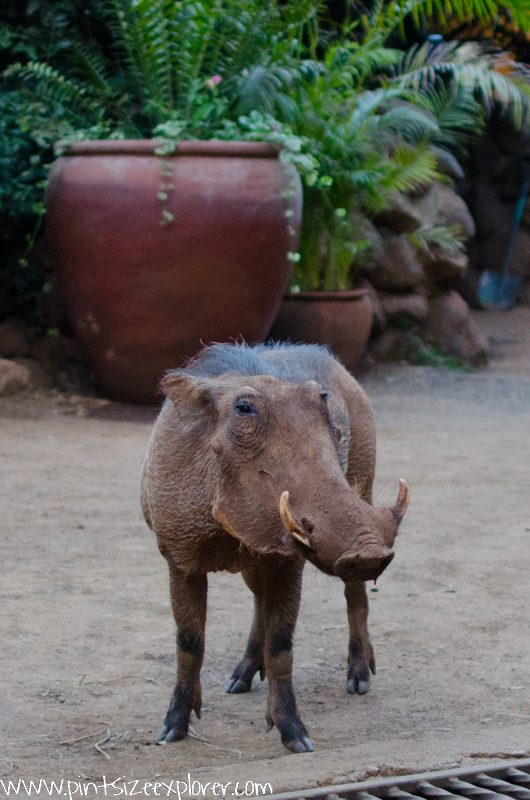 How Can You Help?

Why not join the DSWT fostering program like I did and adopt your own orphan! Alternatively, you can support the trust by making a donation online. There is a minimal adoption donation of $50 and you’ll receive all of the following:

Donate here to help support a fantastic cause! 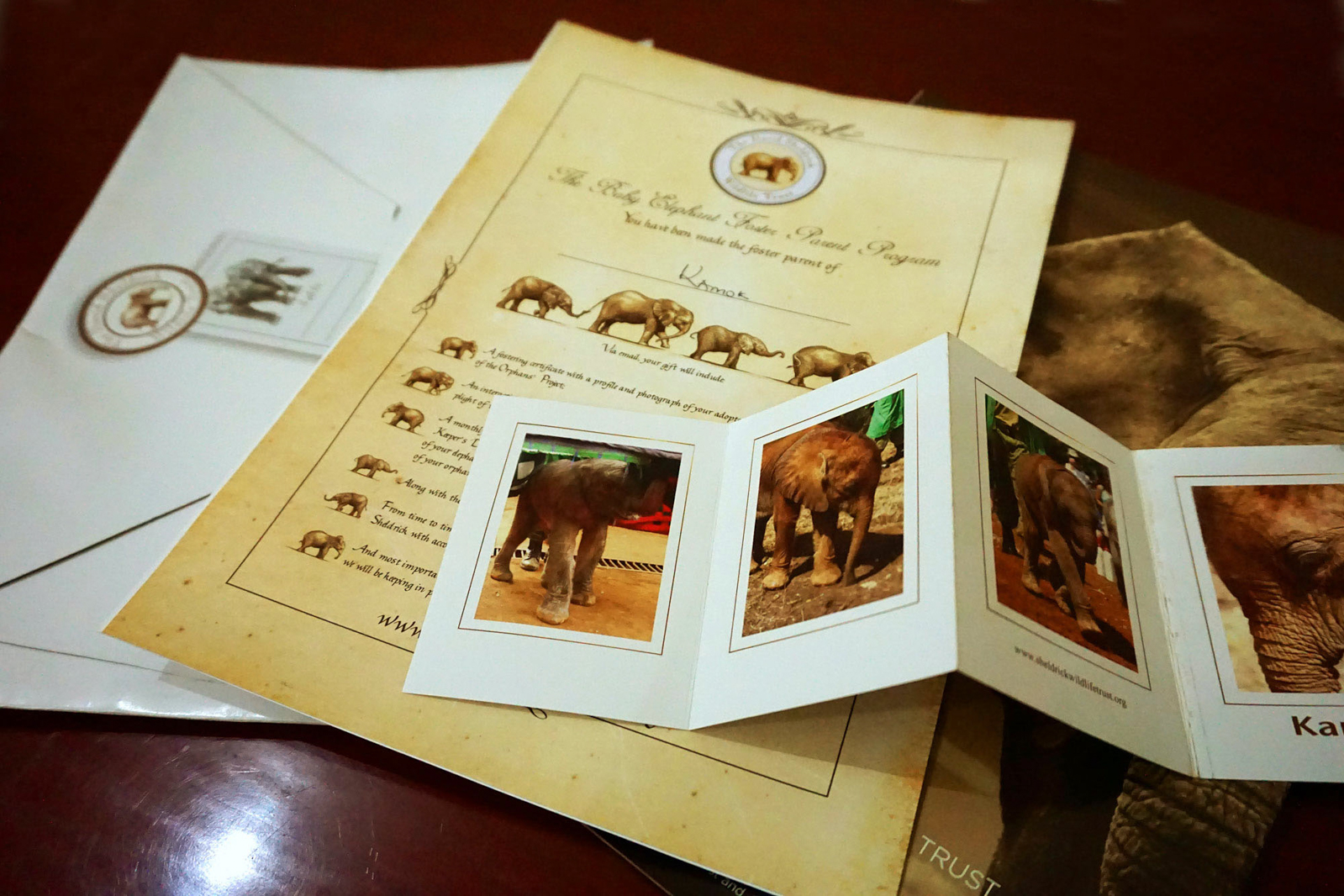