I would never usually stay at a 5 star hotel such as the Shangri-La chain, but when the opportunity arose I clearly jumped at the chance! I visited Borneo back in 2007 on a short stopover to Australia, and at the time there was a bizarre offer for a free stay at the hotel when booking internal flights with Malaysian Airlines.

The stunning Shangri-La Rasa Ria Resort & Spa in Kota Kinabalu is located on Pantai Dalit Beach. The hotel sits on a private corner of the island surrounded by 400 acres of tropical rainforest. Some visitors may enjoy the championship golf course, others the magnificent spa – but for me the wow factor was most definitely the hotels Orangutan Care Project that would allow us the opportunity to get up close and personal with one of my favorite animals! 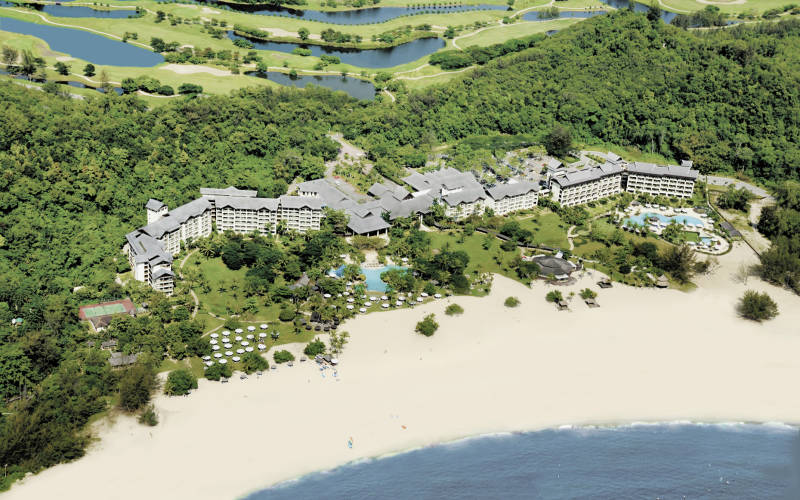 The hotel has a private Nature Reserve that spans 64-acres in size. The reserve is located within the hotels grounds and has a specialist sanctuary where orphaned and rescued orangutans have been rehomed until they can be released back into the wild.

At the entrance to the sanctuary there was a small but informative visitor centre where a handful of staff told us about what they do and how the orangutans came into their care. It’s incredibly sad to hear how 2,000 – 3,000 of these amazing primates are killed every year, with a view that the entire population of orangutans may become extinct within the next 50 years. At the time of our visit I believe there was roughly 120,000 orangutans left in the wild – in the entire world! An absolutely devastating fact, that progressively gets worse year on year. 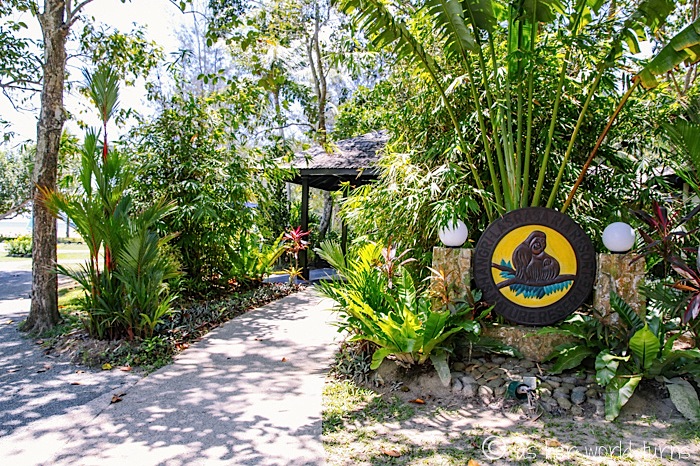 Many of the orphans were found abandoned when their mothers were either poached or killed in the destruction of the local forests – no doubt due to the increased demand of palm oil plantations that have taken over so much of the countries once dense forests. Illegal pet trade is also rife in the country, where locals will steal the animals to sell on for a profit, often forcing the animals to live in cramped conditions with no freedom.

Sadly it’s not quite so simple to rescue and release orangutans back into the wild as baby orangutans usually spend up to 7 years with their mothers before being grown up enough to ‘move out’. With this in mind, there is a three-stage rehabilitation programme at the sanctuary that involves the babies spending their first few years being cared for in the sanctuary.

Once the hairy little guys have successfully passed their first phase of the rehabilitation programme, they are relocated to the renowned Sepilok Orangutan Rehabilitation Centre to join a reintegration programme. Only once this is undertaken can they be released back into the wild at the adjacent Kabili Sepilok Forest Reserve. 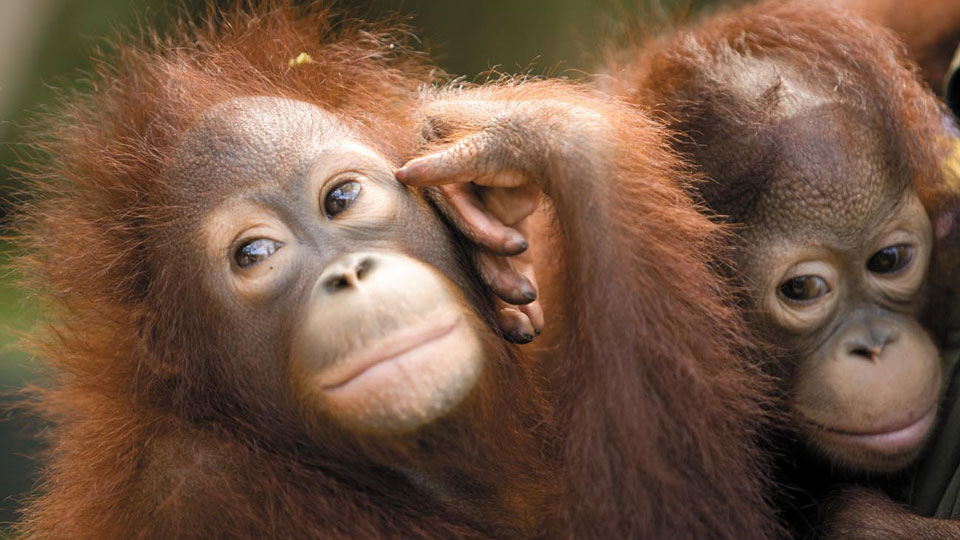 Guests at the hotel (as well as other visitors of course!) are able to visit the sanctuary and walk through the large enclosure within the rainforest. I particularly remember how humid it was and how my glasses steamed up within seconds of entering the rainforest! Wandering through the Nature Reserve, there was a number of other local wildlife to be spotted including many birds and monkeys.

A short walk through the rainforest and there was a large platform built for the orangutans to socialise around. This was the best place to watch them go about their day, be it hanging upside down, having their lunch or resting up after a hard day’s play. Watching these unique animals was heart melting as many were still so small and you realise they are all here due to one disastrous event or another. 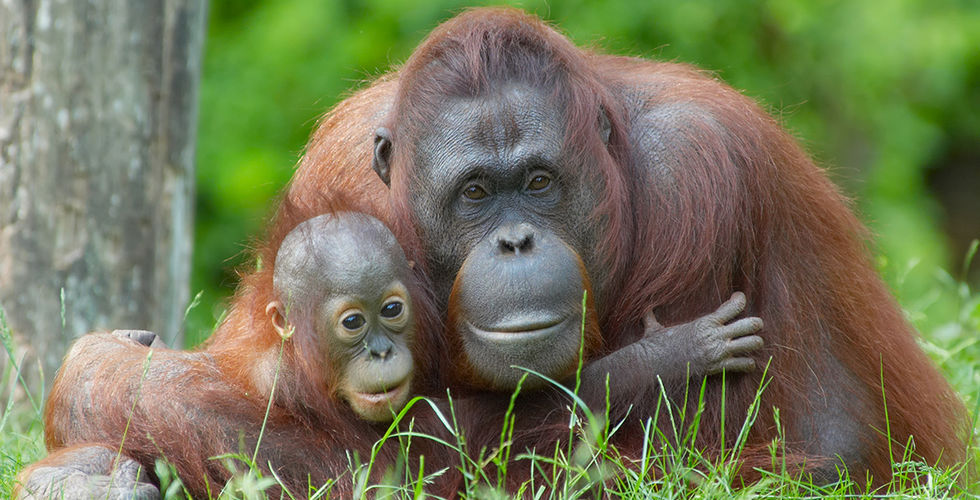 Back at the visitor centre guests we were able to support the Orangutan Care Project by adopting an orphan for an annual fee. We received a certificate, a photo, and a bookmark of our adoptive orangutans. There were a number of different baby orangutans to adopt, but I chose Alan, a small little guy who strangely resembled Homer Simpson. Slightly bald with a pot belly, I couldn’t resist his little face, how could you not choose him? My friend Laura adopted another little guy called Genji, who successfully graduated from his first stage of rehabilitation. Yay, go Genji! 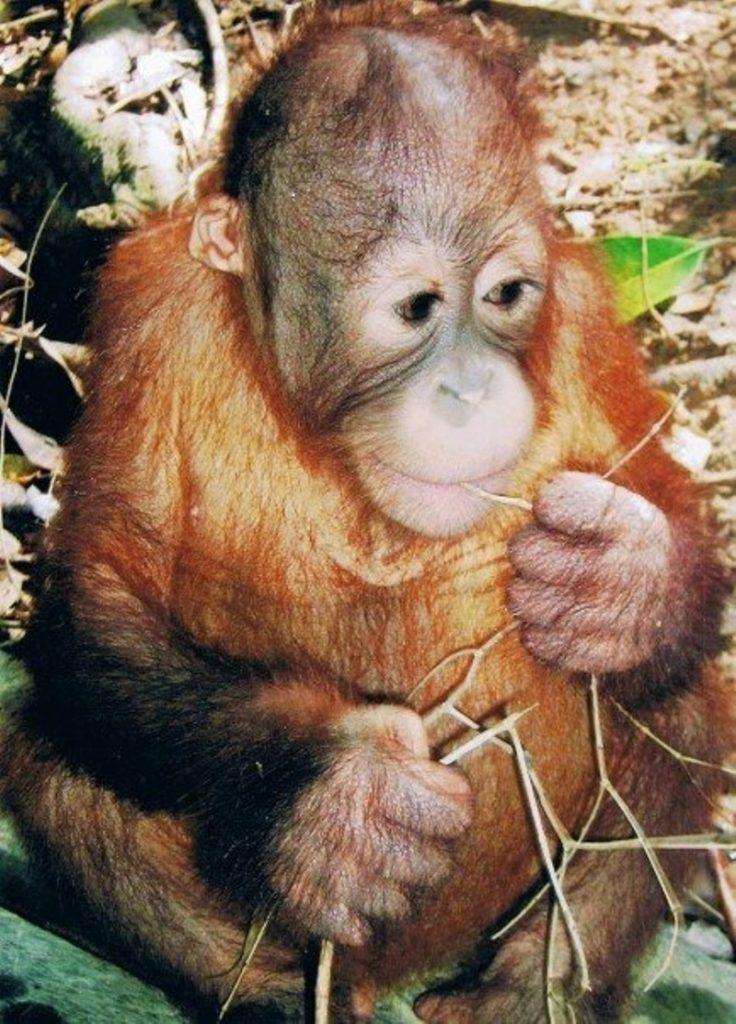 Researching the Nature Reserve to see what they are up to some ten-years later, I am delighted to see that they have announced that they are nearing the completion of a jointly-managed Orangutan Rehabilitation and Conservation Programme with the Sabah Wildlife Department – a support programme of the Sepilok Orangutan Rehabilitation Centre of the Sabah Wildlife Department.